'What exists instead is a clear gap between skilled people and the work at hand.'
'Employers on most occasions find it difficult to find a match between the two,' Adi Godrej tells Viveat Susan Pinto and Niraj Bhatt.
Illustration: Dominic Xavier/Rediff.com

As we enter the sprawling Godrej facilities in the Mumbai suburb of Vikhroli to meet group Chairman Adi Godrej for our lunch meeting, the first thing we notice are the changes taking place.

A landscaped garden, the under-construction buildings and the new headquarters all suggest that it is no longer a conservative, 121-year-old group.

<>Godrej One, the new 11-storeyed headquarters, is the first building under The Trees, a mixed-use development master plan, which will have commercial, retail, residential, a five-star hotel and cultural spaces.

The other change is Adi Godrej handing over the reins at key operating companies last year to his children, while he continues as chairman at the group level and at Godrej Industries.

Known for his disciplined lifestyle, Godrej, an early riser, walks to stay fit and makes it to office at quarter past eight every morning.

He's also on time for our lunch, slated at 1 pm at the directors' dining hall on the fifth floor of Godrej One.

The Godrej family, whose net worth, according to the Forbes 2018 ranking, is $14 billion, derives a significant portion of its wealth from owning land in Vikhroli.

The Godrej group is the largest real estate owner of Mumbai with 4,000 acres, and The Trees project is part of the group's monetisation exercise.

The directors' dining hall overlooks the Eastern Express Highway and the verdant mangroves beyond, which the family trusts protects.

As we are served Mexican bean soup and corn cheese toast, the 76-year-old Godrej is quick to point out that he is not an art connoisseur and the painting was bought by his wife Parmeshwar who passed away two years ago.

In a sense, she was the perfect foil to Godrej, say industry peers, outgoing to his largely reserved nature, a fashionista to his more formal dressing style, a woman who led her life to the fullest.

Unlike his billionaire peers, Godrej doesn't find it necessary to own a corporate jet, preferring to fly commercial or occasionally chartering aircraft.

He says about his wife: "She added her own dimension. She had a lot of friends; was social. She also helped in the business, with advertising (for brands such as Cinthol) as well as in new product formulations."

Parmeshwar's work on improving AIDS awareness in the country along with actor Richard Gere as part of the 'Heroes Project' a decade-and-a-half ago is well-known. 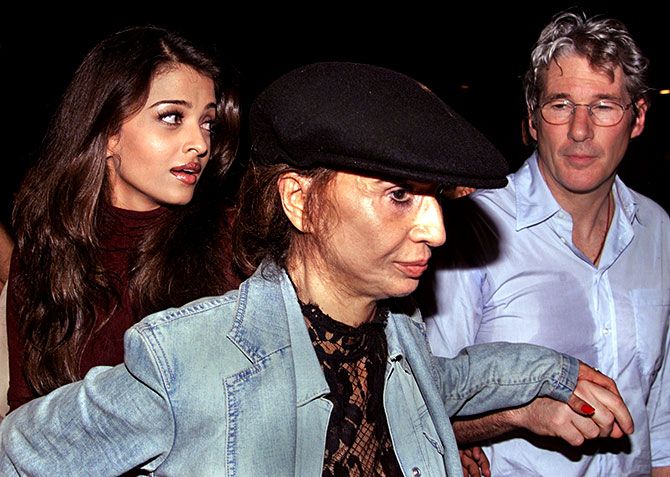 Godrej himself remains passionate about healthcare, education and environmental sustainability.

He recently stepped down as chairman of the board of Indian School of Business, but continues to be on the board.

He has championed the cause of effective skilling and training of people at various fora.

"I don't think there is a dearth of jobs in India. What exists instead is a clear gap between skilled people and the work at hand. Employers on most occasions find it difficult to find a match between the two, which is why it is important to focus on skill training," he says. 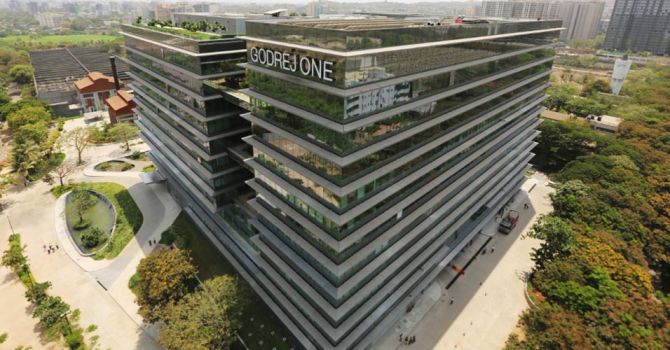 Joint ventures stitched up by the Godrej Group across categories from appliances to personal care, wheat flour to packaged food, following the 1991 liberalisation of the Indian economy, were rolled out quickly, but didn't last long.

Godrej has no regrets about them saying, "They were not useful beyond a point."

In the last 10 years, the group has opted to take the inorganic route to growth, buying companies across Asia, Africa and South America.

Godrej says the group's focus remains mainly on these markets and that it is open to divestment opportunities elsewhere, such as the one it undertook recently in the UK, where the group exited Keyline Brands, its first overseas acquisition, done in 2005.

Godrej does not have any diversification plans on the table, but will "enter adjacencies".

The macro headwinds that India is facing at present do not bother him.

India, he says, will be the fastest growing major economy in the world despite all the challenges.

His advice to the next generation is to "look forward to Mondays".

Godrej, who holds a bachelor's degree in engineering and an MBA both from the Massachusetts Institute of Technology, is passionate about management.

"My father was into technology while I was more into management," he says.

Godrej, say corporate governance experts, has always relied on a healthy board comprising qualified practitioners and was amongst the first to introduce independent directors on the boards of group companies in India.

"The way to avoid a conflict is to take a thought or idea to the board early on the decision-making process," he says over the main course of ratatouille lasagna. 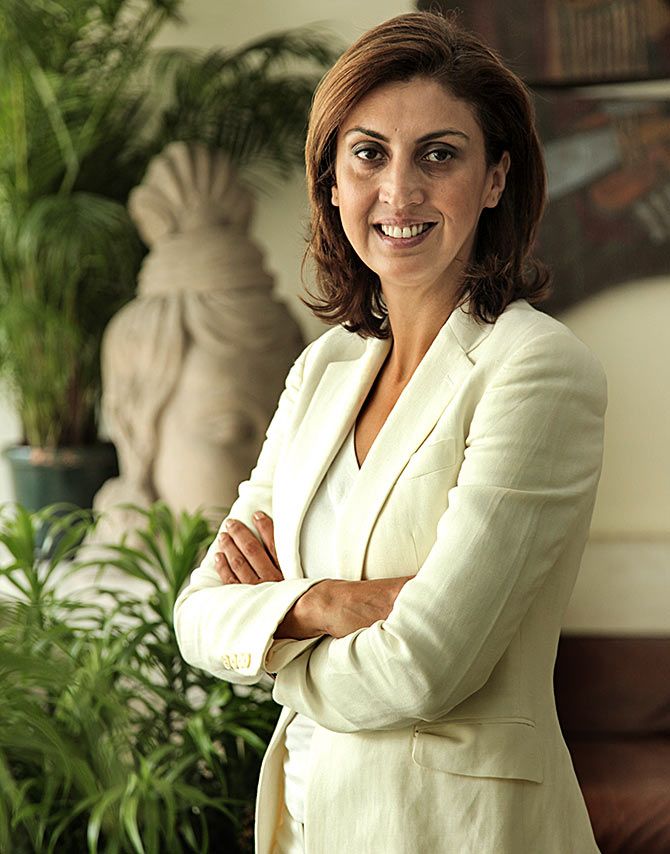 The Godrej model of ownership has also been keenly tracked by observers that involves inducting qualified family members into the business, encouraging them to contribute meaningfully to the organisation in their chosen domain and working closely with professional managers in the group.

Godrej's three children -- Tanya, Nisaba and Pirojsha -- have all been through this process, he says, who are now heading group companies after working their way up.

While Tanya is the chairperson of Godrej Nature's Basket, Nisaba heads the Godrej Consumer board, while Pirojsha is chairman, Godrej Properties. 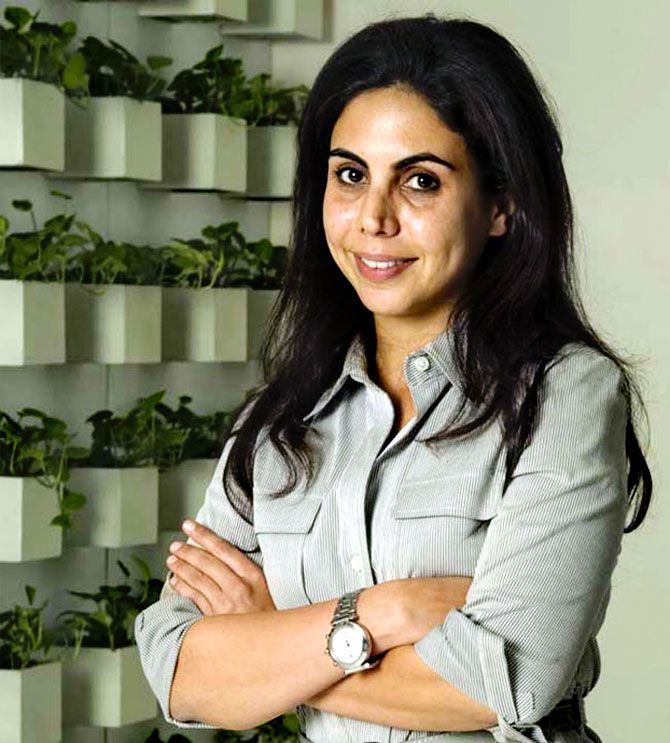 Though Godrej has given his children the freedom to run their companies, he still oversees operations as group chairman.

"They are qualified and capable of running their businesses well. While we keep ownership and management separate, if anybody from the family wants to join the business, our point is that you have to be well qualified to do so," he says as the table is cleared for dessert, which includes cut fruits. 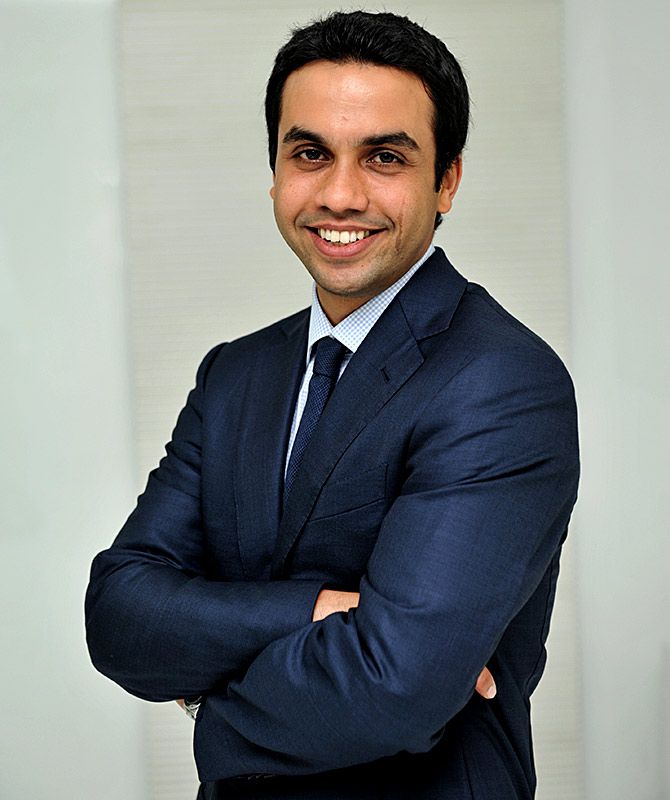 The Godrej Group has also been at the forefront when hiring women, giving them flexi-hours and daycare facilities, and has been one of the early employers of the lesbian, gay, bisexual, transgender and queer community in its offices across the globe.

"We were early believers in diversity and felt that we should have a strong representation of women in our organisation. Globally, 40 per cent of our employees are women. In certain geographies such as Africa, Indonesia and the north east of India, the percentage of women employees is even higher," Godrej says.

It had also set up a committee for sexual harassment complaints years ago.

"We gave women the option to complain if they faced a problem," he says.

His love for travel has taken Godrej to 95 countries across the seven continents.

A supporter of the World Wildlife Fund in India, Godrej prefers nature and likes to get away to the mountains.

He loves reading autobiographies and biographies and has been greatly influenced by leaders such as Mahatma Gandhi, Nelson Mandela and Margaret Thatcher.

"Right now I am reading Ramchandra Guha's Gandhi: The Years That Changed the World. This is possibly the thickest book I've ever read," he says on his favourite pastime.

"I am fascinated by the fact that Socrates was Plato's tutor, Plato was Aristotle's tutor and Aristotle was Alexander's tutor. I have read about them all and the impact they've had," he says as we finish our coffee.