Sign in  |  Create a Rediffmail account
Rediff.com  » Business » Will Sikka be the costliest boss of an Indian IT company? 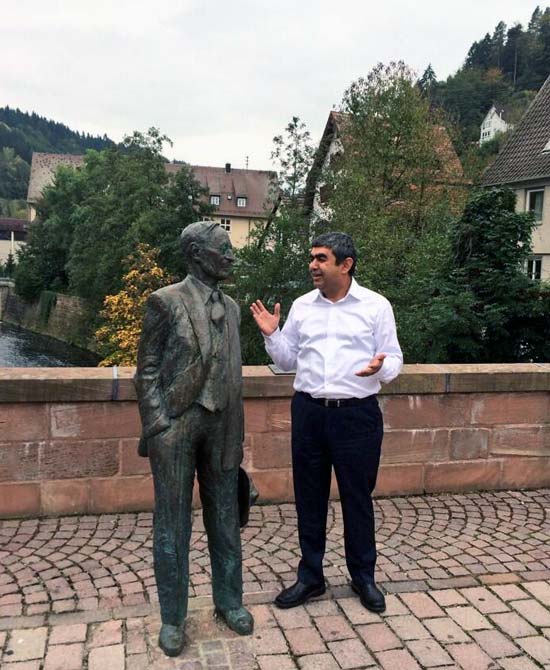 Sikka's remuneration will likely be comparable to CEOs of global giants like IBM and HP
Vishal Sikka, chief executive officer (CEO)-designate at Infosys, could be the costliest boss of an Indian information technology services company.

Experts said Sikka would not only earn more than any of his predecessors at Infosys but also among CEOs of competing companies.

In his previous role at SAP, where he was an executive board member and chief technology officer, Sikka was earning around ^4.23 million (Rs 34.2 crore) a year. With a larger role at Infosys, experts said his remuneration was bound to be higher.

Sikka's pay at SAP was way more than that of Tata Consultancy Services CEO N Chandrasekaran, one of the highest paid bosses in the Indian infotech. In 2013-14, Chandrasekaran took a total remuneration of Rs 18.68 crore ($3.2 million), 59.7 per cent more than the Rs 11.69 crore he received a year ago.

“Sikka will definitely be paid higher than the CEOs of other Indian infotech services companies,” said Kris Lakshmikanth, founder CEO and MD of Headhunters India, an executive search firm.

“I think Sikka's remuneration will be comparable to CEOs of global giants like IBM and HP. But I am sure Infosys was prepared for this. They knew they had no internal options and an external candidate would cost more,” he added. 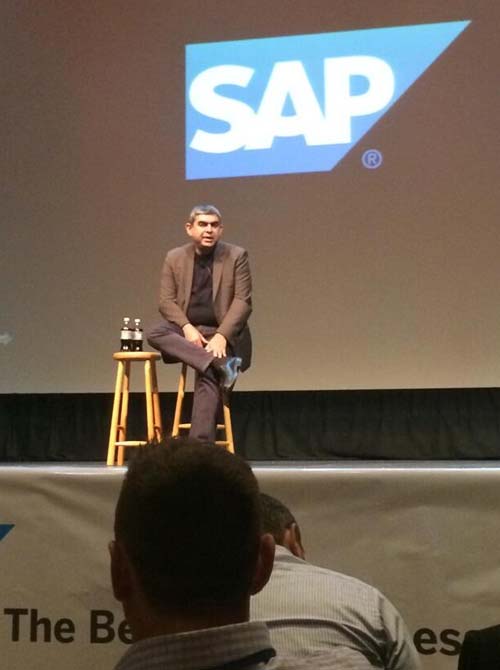 Image: The new Infosys CEO was certainly going to earn much higher than his predecessors at the company.
Photographs: Courtesy, Vishal Sikka's Twitter account

Additionally, with Sikka being based out of California, experts believe his compensation should be compared with that of Francisco D'Souza, the CEO and MD of Infosys' close competitor Cognizant, who is also based out of the US. In 2013, D'Souza drew a total remuneration of $12.2 million (around Rs 73 crore).

The new Infosys CEO was certainly going to earn much higher than his predecessors at the company, as all of them were co-founders and drew low salaries in view of the stock they held, experts said.

In an interaction with investors a few months ago, executive chairman NR Narayana Murthy had said Infosys would pay industry-leading compensation to bring the most appropriate candidate as its first non-founding CEO, an analyst present at the event said.

While Infosys had stopped issuing employee stock options for some time now, the company was likely to have offered some shares to Sikka, an human resource expert familiar with Infosys' compensation practices said on condition of anonymity. 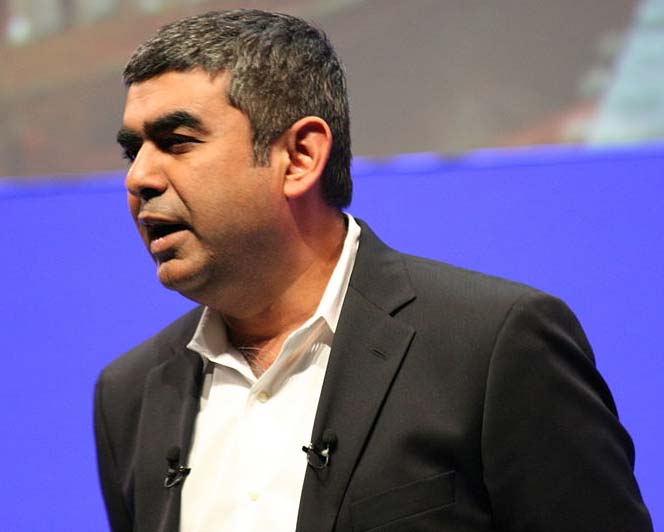 Image: Sikka has been brought in at a time when Infosys needs to see immediate results.
Photographs: Gregor Wolf/Wikimedia Commons

Additionally, some experts said a large portion of Sikka’s compensation was likely to be variable, considering that he had been brought in to arrest Infosys’ weak business performance.

“Sikka has been brought in at a time when Infosys needs to see immediate results and so I am sure his compensation is closely linked with the company's fortunes,” said the head of a leading human resource consultancy on condition of anonymity. “Since Sikka is coming from a global company, he would have easily agreed on a higher variable and performance-linked remuneration, because that is how things work there.”

To a query from Business Standard on what Sikka’s compensation would be, Infosys had said on Thursday it was ‘weighing options’ without giving any further detail. The company spokesperson refused to comment for this report and said Sikka's remuneration would be disclosed closer to the date of his appointment.