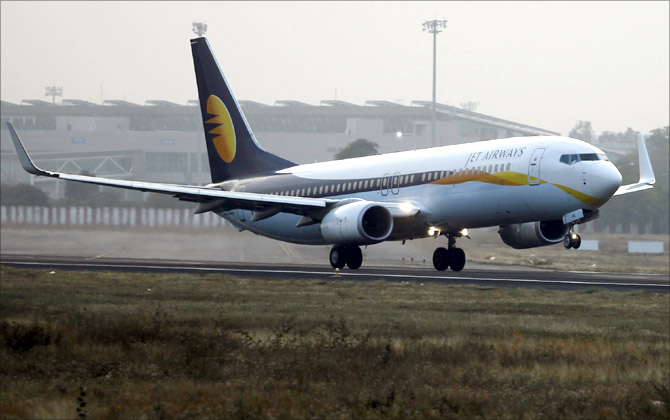 Experts say airlines' margins and profits will be hammered in the September quarter.

During July-September last year, air travellers had to fork out over Rs 9,000 a ticket to fly between Delhi and Mumbai. But after Jet Airways offered limited tickets of Rs 3,777 on the route in August this year, other airlines were forced to follow suit.

And the average network fares went down by 18 per cent from Rs 5,500 in July-September last year to Rs 4,500 this year across sectors.

Yet with the depreciation of the rupee increasing costs of aviation turbine fuel (ATF) and lease rentals, airlines faced financial pressure. 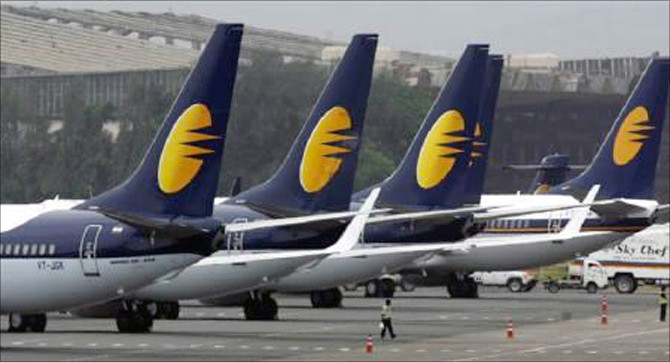 Experts expect their margins and profits will be hammered in the September quarter. To redeem some of it, airlines have decided to increase their fares by 20-25 per cent across the board.

But the move will not create any magic on their profitability. It will only bring the fares back to this years early July levels. Or more or less in sync with what it was last year during the same time. It will not take care of the over 10 per cent escalation in their costs, mainly due to the rupee depreciation.

“All we have done is to adjust our fares to what it was in early July till Jet dramatically dropped fares and every one had to follow suit. Now, the fares will be more or less the same as it was last year in the same period. At least it will not kill the industry,” says a top executive of a low-cost company. 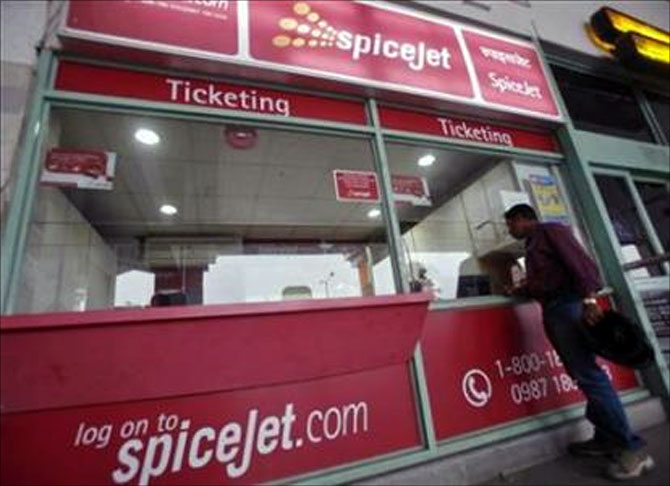 Image: A passenger stands outside the SpiceJet Airlines ticket counter at the domestic airport on the outskirts of Agartala.
Photographs: Jayanta Dey/Reuters

ATF prices went up by seven to eight per cent during July-September over last year. Airlines have to pay 23 per cent more on the leasing and maintenance costs due to the depreciation of the rupee.

So, will this impact passenger growth? It will, but airlines prefer slower growth than losing their shirts, especially as it is a non-peak season. And passenger load factor is at least 10 per cent lower than what is considered normal (75 per cent to 80 per cent).

“The rise in our operating costs has been abrupt, serious and largely driven by the rapidly weakening rupee. About 75 per cent of the total spending is either directly or indirectly influenced by the dollar. SpiceJet is in no position to absorb the additional burden and we are compelled to put through the fare hikes to neutralise the impact of increase in costs,'' SpiceJet said in a statement. 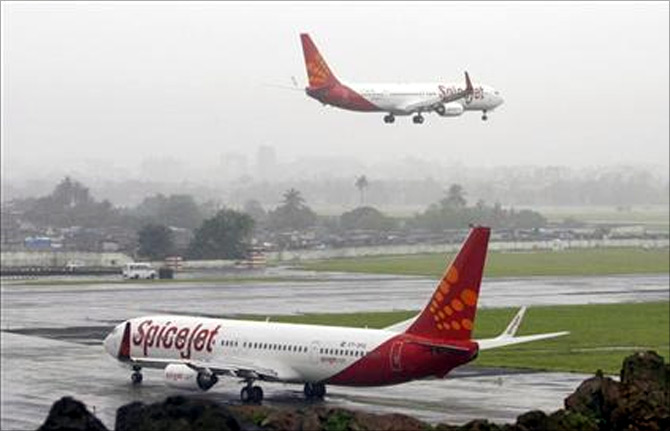 Image: SpiceJet aircrafts prepare for landing and take-off at the airport in Mumbai
Photographs: Punit Paranjpe/Reuters

“We are expecting a five percent passenger growth in August, but traffic will fall by around five percent in September. We expected the airlines to raise fares by September-end, but were forced to hike it earlier,” said Sharat Dhall, chief operating officer of Yatra.com.

Anticipating a further round of increase, passengers are preferring to book tickets now, according to Expedia. “In apprehension of the fares going up, we have seen a 15 per cent increase in transactions, as the consumers are booking their travel in advance,” said Vikram Malhi, general manager, Expedia.