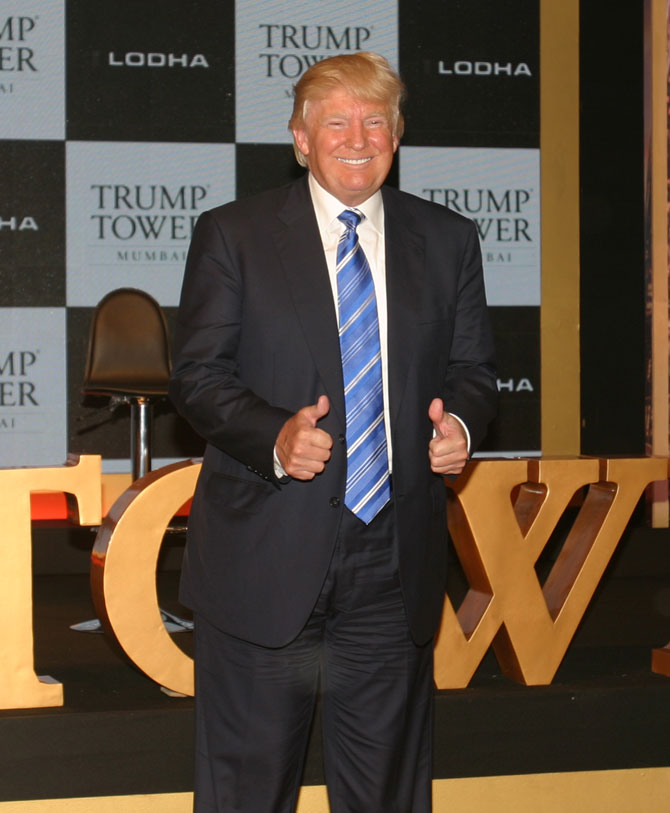 On the second day of his trip to the country, the 68-year-old real estate tycoon couldn't stop extolling the virtues of the Indian people. "Such amazing people in India. This trip is very enlightening!" he tweeted.

Trump, who is in India for the launch of his super-luxury project, a gleaming, 80-storey edifice in Mumbai, was also charmed by the fanfare surrounding his visit.

"I just had an amazing day in Mumbai, India. Building an almost 80-storey super luxury building, which is doing great. Press is going wild," he tweeted after the launch of the project on Tuesday. 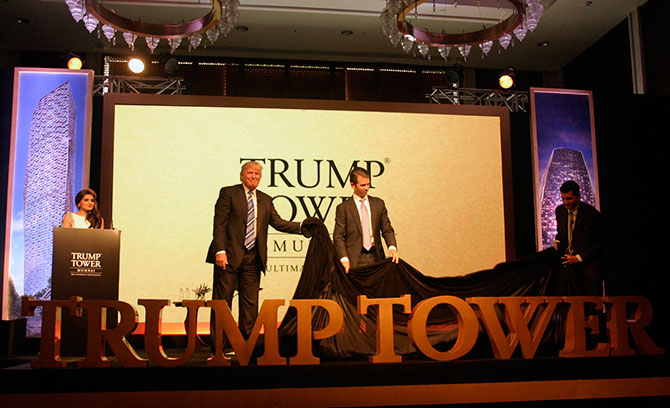 Indeed, the Lodha Group, which has a licensing agreement with Trump to build the towers in Mumbai, went all out to ensure the importance of the event was not lost on anyone.

Hoardings were installed across the city announcing his visit. "It isn't everyday that Donald Trump comes to Mumbai. Today is that day."

At the press conference to launch the towers, a red carpet ran all the way from the driveway to the dais, and no one was allowed to walk on it before the chief guest could.

The press too was screened and one-to-one interactions were strictly limited.

But beyond the fanfare, Trump's India visit is in earnest. The Lodha project isn't his only foray in the country. 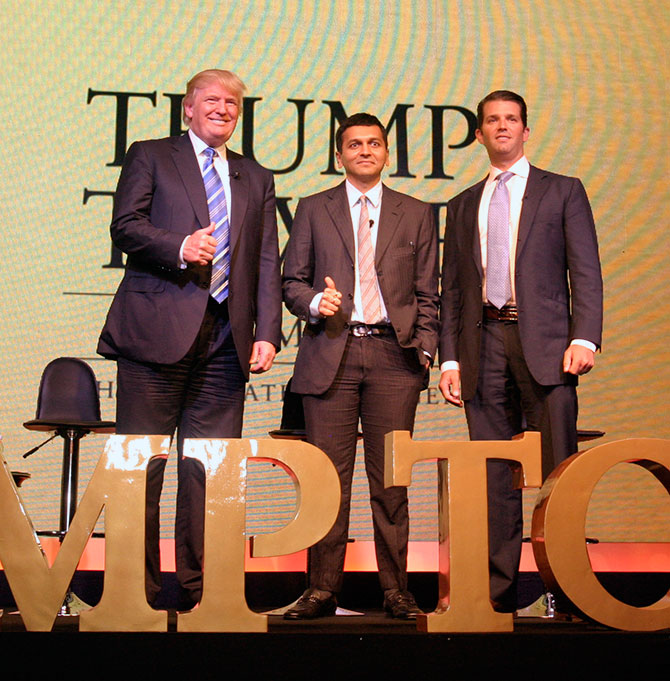 He has made a number of other announcements in recent months, including a second project in Pune with Panchshil Realty.

That is significant given that The Trump Organization, the company he heads, selects just one project for 20 proposals it receives.

In addition to residential properties, Trump is also looking to invest in the country's hospitality industry.

After having built iconic properties such as the TrumpTower, TrumpWorldTower and Trump Park Avenue in the US, Trump wants to see at least one such building bearing his name in Mumbai.

He has made all the right noises in India so far. On Prime Minister Narendra Modi, he said he admired him "for the terrific job that he is doing and for bringing people together."

"People are coming to India now and that maybe they would not have prior to the election. I don't know if I would have made that statement three, four or five years ago. It was different," Reuters quoted him as saying. 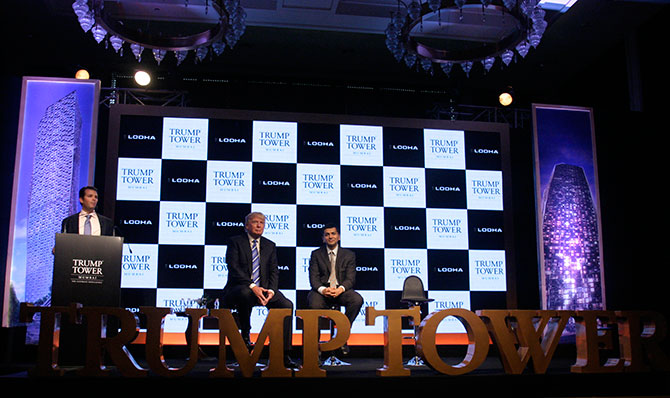 Image: Donald Trump says property prices in Mumbai, among the highest in the world, are "unbelievably low" because of regulatory issues.
Photographs: Rajesh Karkera/Rediff.com

But clearly he also has a few concerns about India. He thinks property prices in Mumbai, among the highest in the world, are "unbelievably low" because of regulatory issues.

"We would like to invest in India but India has some pretty strong laws. We do expect to invest in these buildings. But more importantly, we need good local partnerships," he said.

Trump already has a head start in India with the Lodhas.

Just a day after the launch of the TrumpTowers in Mumbai, a third of the 100 apartments on sale have already been snapped up.