Terming the macro-economic indicators as ‘disappointing’, India Inc on Saturday expressed hope that the economy will bounce back from its sluggish phase and investments will pick up with the new government led by Narendra Modi coming to power.

India's economic growth remained subdued at 4.7 per cent in 2013-14 and at 4.6 per cent in the fourth quarter of the financial year, mainly due to a decline in manufacturing and mining output.

Image: The new government should not be worried about a small fiscal slippage.
Photographs: Reuters

“The trend needs to be reversed and the policy direction must aim at boosting manufacturing growth as an imperative for job creation.

“Constraints on procedural and regulatory sides must be reviewed to promote the spirit of enterprise," Federation of Indian Chambers of Commerce and Industry President Sidharth Birla said.

However, Birla suggested that growth deceleration may have bottomed out and the economy could now be on a recovery course. 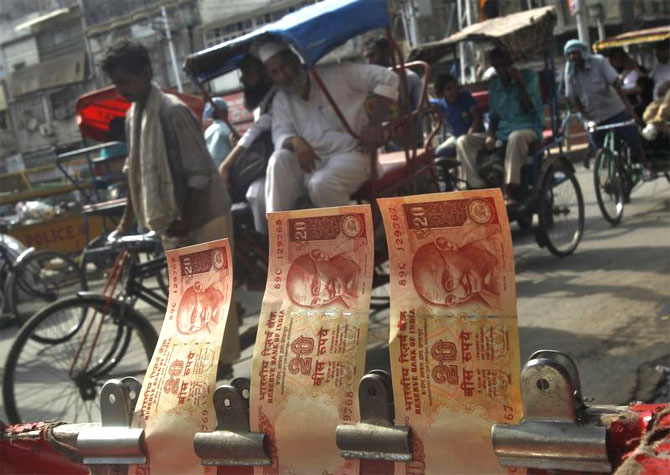 Image: The ushering in of a stable government post elections has revived sentiments and lifted investor confidence.
Photographs: Reuters

"Announcements made by the Prime Minister and his Cabinet ministers over the last few days leave us with an encouraging outlook, as the governmental actions will definitely have a positive impact on the investment sentiment," Birla said.

Confederation of Indian Industry Director General Chandrajit Banerjee hoped that going forward, investments would pick up as the de-clogging of the project pipeline would help revive demand in the economy.

Moreover, the ushering in of a stable government post elections has revived sentiments and lifted investor confidence which would pave the way for growth, he said. 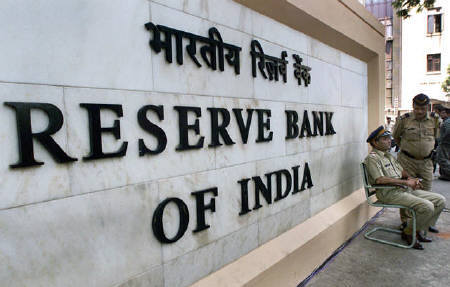 "To revive growth trajectory, the government's foremost priority should be the revival of manufacturing sector which is impacted by multiple factors including high borrowing costs and raw material.

“The Reserve Bank should explore whether there is room for reduction in interest rates," PHD Chamber President Sharad Jaipuria said.

"The sub-five per cent gross domestic product expansion poses a big challenge for the new government which needs to act really fast to revive the economic cycle".

"The good thing is that Prime Minister Narendra Modi and his team are aware of this challenge and appear to be going around the business of governance and policy issues, Assocham President Rana Kapoor said. 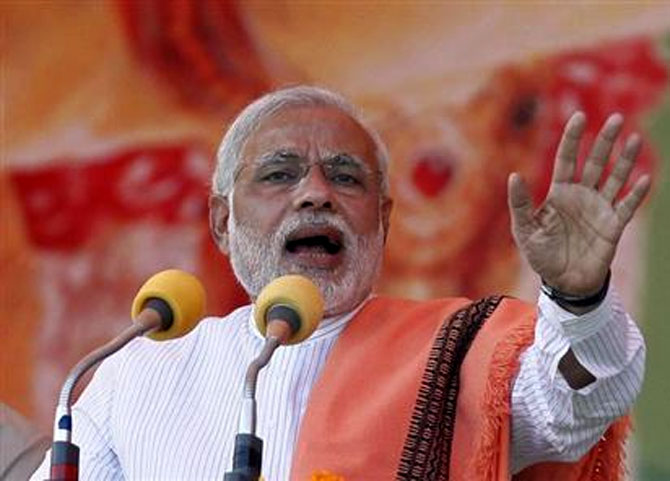 Besides, the fiscal deficit in 2013-14 stood at 4.5 per cent of GDP, lower than 4.6 per cent projected in the revised estimate, mainly due to curbs on government expenditure.

Commenting on the fiscal deficit data, Banerjee said it is a major positive which would restore investor confidence and enhance India's image as a stable destination for doing business.

"If fiscal deficit remains high, it will wean away investors as they are anticipating an improved fiscal position.

“Therefore, government should focus on reducing the subsidy burden and identifying the actual beneficiaries with defined deliverables and outcomes," Jaipuria said.

Tags: Why India Inc , Jaipuria , GDP , Banerjee
More
© Copyright 2022 PTI. All rights reserved. Republication or redistribution of PTI content, including by framing or similar means, is expressly prohibited without the prior written consent.
Print this
article