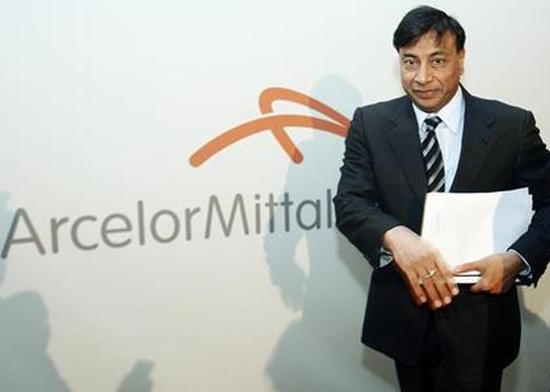 Lakshmi Mittal is a household name in France now but not for the right reasons. Ever since he took over Europe's Arcelor in 2006, Mittal hasn't been able to shed his image as the big-bad mega-rich Indian who came to France to lay off workers and drive French steel industry to ruin.

His company, ArcelorMittal, though, is more of a European entity than it is Indian. It was born out of a merger between Europe's biggest steel producer, Arcelor, and Mittal Steel (headquartered at that time in Rotterdam).

Today, ArcelorMittal has its head office in Luxembourg and is listed on 120 indices, including the French CAC 40. Roughly 53 per cent of its steel is produced in Europe and 38 per cent of employees are in Europe.

Yet, some sections of the French media call Mittal's company "the Indian group".

The recent Mittal row in France is over ArcelorMittal closing two furnaces that employed 629 workers at Florange in eastern France. The furnaces were temporarily closed for nearly 14 months but Mittal said on October 1 that the closure will be permanent, citing difficulties affecting the French and European economies.

For the other part of the Florange site, Mittal promised to "concentrate efforts and investment on the...operation, which employs more than 2,000 employees."

ArcelorMittal accepted the French government's request to find a buyer for the furnaces. The French Industrial Recovery Minister, Arnaud Montebourg, claims the government has found buyers who are not ready to take just the closed parts alone but will buy the entire Florange site. 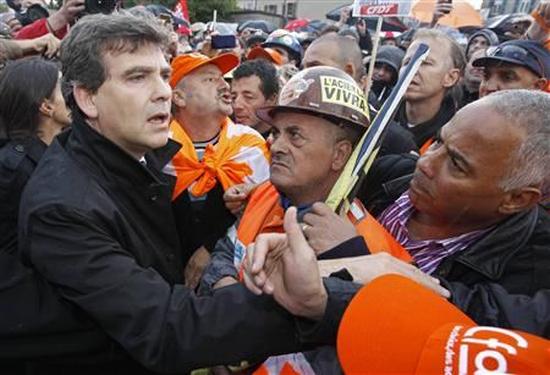 ArcelorMittal says it does not want to give up the site, as this would jeopardise its activities in France where it employs 20,000. Montebourg has threatened to seize all ArcelorMittal sites and temporarily nationalise the company.

The problem "isn't the furnaces in Florange, it's Mittal" says Montebourg. But is the problem really with Mittal?

In 2003, when the Florange site still belonged to Arcelor, there were plans of shutting these furnaces in 2009, as their competitiveness was being questioned because they are far from harbours.

Whether Mittal's strategy for the Florange site is a good one or not can be debated, but the attacks on him give rise to the suspicion that the idea, perhaps, is to bully an industrial group the French don't quite consider their own, and to exploit this sentiment to show that the government is fighting hard to save jobs.

Attacks on ArcelorMittal always take on a harsh personal tone and tend to be insulting, even xenophobic. In 2006, when Mittal Steel was making a bid for Arcelor, Guy Dolle called Mittal Steel "an organisation of the past" and said it was "full of Indians".

Not much has changed. When Mittal shuts down a site, he is accused of "not respecting" France. Montebourg went as far as saying ArcelorMittal should leave France.

Lakshmi Mittal has become a scapegoat for the malaise in France over job losses. France's unions have strong allies in the French government for the first time since the 1980s. They are calling Mittal a "predator" and are happy that Montebourg is promising to save them from his "claws". 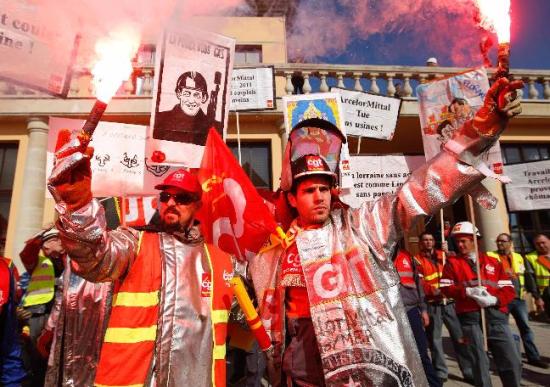 A Socialist Party MP, talking to the French press, referred to Lakshmi Mittal as 'this type of individual', saying he is "gobbling up" profits from sites "piece by piece".

The anger of French workers, who are losing their livelihoods, makes them vulnerable. They are easily manipulated. What they really need though, is an industrial strategy that can work and policies that can create more jobs.

This year has been particularly painful for the French. PSA Peugeot Citroen, France's biggest carmaker, had 8,000 job cuts and the shut down of its Aulnay plant.

The French government did "scold" them but didn't fly off the handle. When the Peugeot group was dropped off from the CAC 40 index, the overriding sentiment was that of sadness and helplessness.

Sanofi, France's biggest pharmaceutical company also said it would cut 900 jobs over three years. Sanofi's CEO who took over in 2008, is Canadian born. Chris Viehbacher's strategy is to move research operations away from France but he didn't have to face the kind of attacks directed towards Lakshmi Mittal.

When he took over Arcelor, Lakshmi Mittal did promise he would not carry out massive job cuts. But a lot has changed. The financial crisis of 2008 has had a strong impact on the company's performance. 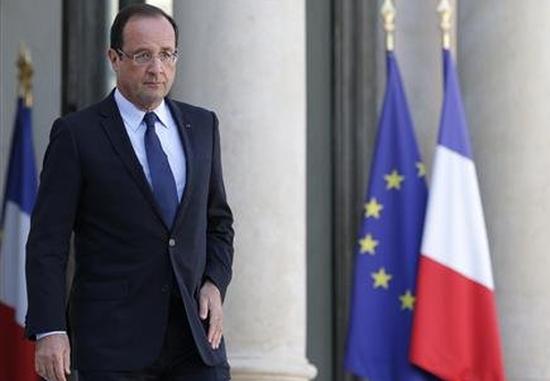 European demand for steel is 25 per cent below 2007 levels and a slowdown in demand from China has also taken its toll. Ratings agencies have cut ArcelorMittal's debt to junk status. Apart from the Florange site, it has shut sites in Gandrange in France and Liege in Belgium.

Pressure is mounting on President Hollande as France's jobless rate hit a 14-year high. Montebourg has threatened ArcelorMittal with the idea of temporary nationalisation.

President Hollande didn't rule it out. After an hour-long meeting with Lakshmi Mittal last evening, Hollande said discussions will continue.

It remains to be seen if the idea will only be used to arm twist or be considered seriously by the Hollande government. Would Hollande consider nationalising other ailing sectors in France as well? Or is the plan to designate only ArcelorMittal as the chosen one to demonstrate how tough he is being in his fight to save jobs?

It is quite possible for France to carry out a temporary nationalisation before it finds a new buyer for the Florange site. An example of successful nationalisation was during Sarkozy's term, when the state came to Alstom's rescue in 2004.

During his Presidential campaign earlier this year, Francois Hollande invited a group of protesters from ArcelorMittal's eastern France sites. Promises were made to "protect" these workers from their employer.

Hollande went on to win the election on the economic 'growth' card. The time has come when he has to start delivering. Lakshmi Mittal and his group are in the direct line of fire.

The author, based in Paris, is resident editor in Europe of New Delhi Television. Views expressed are personal