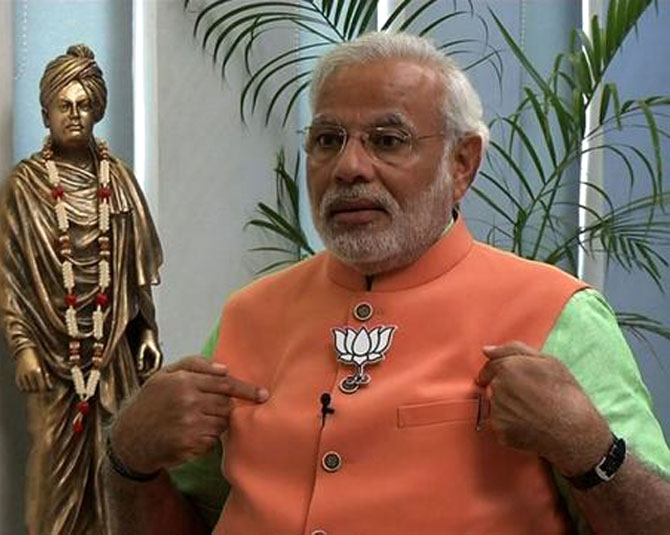 Image: Modi's promise of 'achche din aane wale hain' was not just about our immediate well being but also the promise of a new vision.
Photographs: Reuters Mohan Guruswamy

In the run up to the elections Narendra Modi kept telling us achche din aane wale hain. Far from that, Jaitley’s Budget just seems to be more of the wohi raat aur wohi din, says Mohan Guruswamy.
This was not to be yet another Budget speech. It came in the wake of a regime change where the electorate signalled its unhappiness with the direction of the country, the manner in which it was being led, and with the deep morass in which the majority of the people found themselves stranded despite unprecedented economic growth.

The people of India, particularly the youth and more specifically the first time voters, reacted enthusiastically to this promise and responded by brutally casting out the Congress regime and its way of doing things and rejecting the notion of a Rahul Gandhi government. It literally threw out the baby with the bathwater. 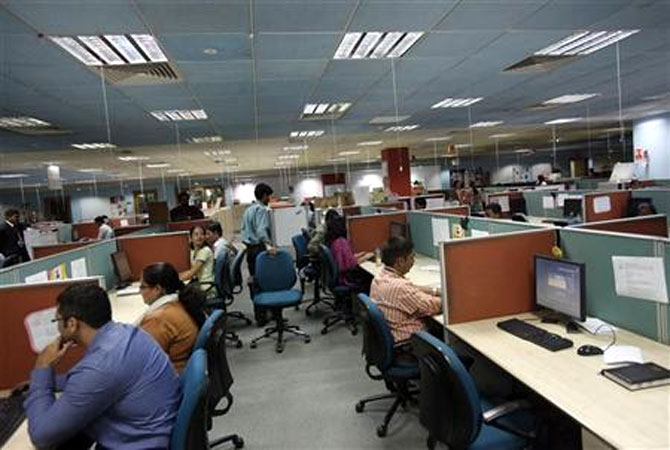 India’s predicament stated in a few sentences is just this. We need to create twelve million jobs each year for the new entrants to the workforce.

We haven’t been doing so for quite sometime now. United Progressive Alliance's growth was mostly a jobless one. Regional disparities were growing, so were income inequalities.

The fact that while agriculture contributes to a mere 18 per cent of the GDP almost 60 per cent are still dependent on it, very simply tells us that the majority gets less and less. The Modi promise was that all this would be attended to.

A hundred new cities, a brand new high-speed railway network, the interlinking of rivers, non-stop power supply to every home in India, and a home for every Indian family before 2020 were some of its more exciting promises.

In short they created the expectations of a new prosperous, equitable and modernised India. 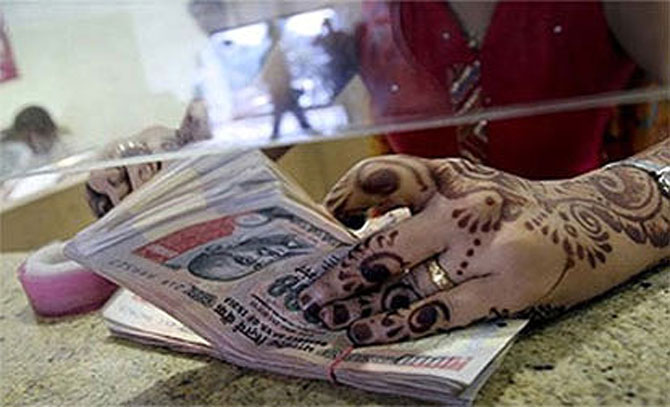 Instead of a new roadmap towards this vision we got another business as usual Budget. As budgets go, it is a competent and even good Budget. It does its job quite well.

It doesn’t promise much and doesn’t rock the boat either. On the other hand we have a few lollies to keep our mouths sweet and immediate appetites whetted. The deductions for house loan interest and investments have been increased.

A taxpayer could benefit by up to Rs 15,000 per year. This is good news indeed. The expected sharp cut in subsidies was not announced.

Households all over will heave a sigh of relief that the subsidy on LPG will continue to be over Rs 450 per cylinder. We all, the readers and this writer, benefit by this and can’t be complaining. We should indeed be happy. 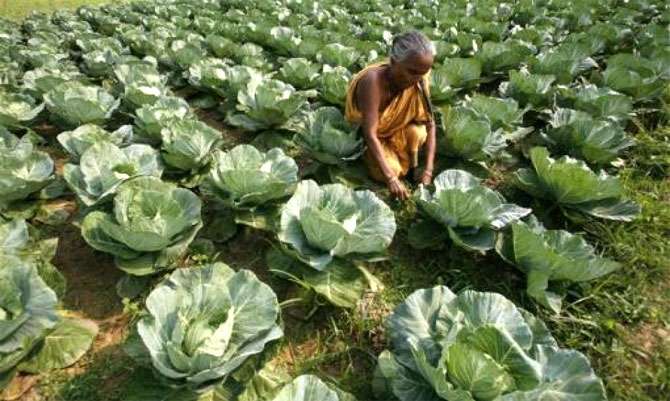 There are some provisions for the farm sector that should also appeal. Nabard will now be required to extend credit to half a million landless farmers, hitherto unable to get credit due to lack of any land as collateral.

Agricultural credit exposure is to be expanded to Rs 8 lakh crore (Rs 8 trillon) and a 4 per cent rebate on the timely repayment of farm loans attracting an already concessional 7 per cent will be welcome and incentivise repayment.

The Budget also provides a fund of Rs 5,000 crore (Rs 50 billion) for building new farm logistics such as cold storages and grain silos. Image: MNREGA is to be linked to specific projects and purposes.
Photographs: Desmond Boylan/Reuters

There are other good ideas as well. New power projects will get a ten-year tax holiday. There will be no recourse to retrospective taxation, something which will make the foreign institutional investors’ lobby very happy.

There are increases in foreign direct investment limits for critical sectors like infrastructure, housing, insurance and defence.

More FDI will be brought through the automatic route. MNREGA (Mahatma Gandhi National Rural Employment Gurantee Act) is to be linked to specific projects and purposes. Over Rs 52,000 crore (Rs 520 billion) is to be invested in roads and highways, including Rs 14,389 crore (Rs 143.89 billion) for rural roads.

There is also a special venture capital fund of Rs 10,000 crore (Rs 100 billion). These are all welcome. 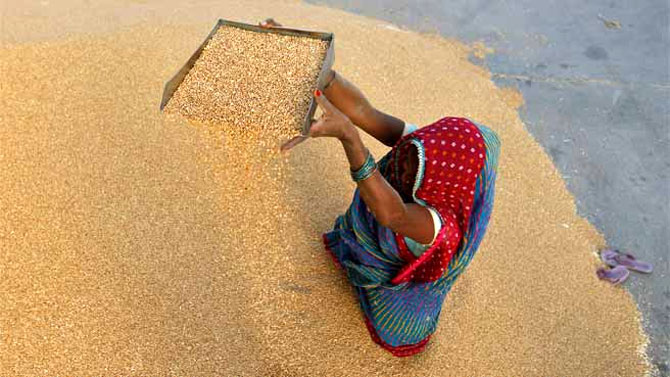 Image: GDP growth is expected to be between 5.4-5.9 per cent.
Photographs: Reuters

To pay for all this, in addition to all that is already in the pipeline, the government hopes to increase revenue by 19.2 per cent, while the GDP growth is expected to be between 5.4-5.9 per cent.

What does this suggest? Will we have a higher inflation? Or is tax collection going to get better by that much?

One clear indication is the FMs announcement of a Settlement Commission to realise a good part of the Rs 8.1 lakh crore now stuck in litigation and disputes.

But there is no comment on how the government plans to recover the Rs 4.64 crore (Rs 464 million) of state-owned banks now stuck up as NPAs. One can only wish them well. 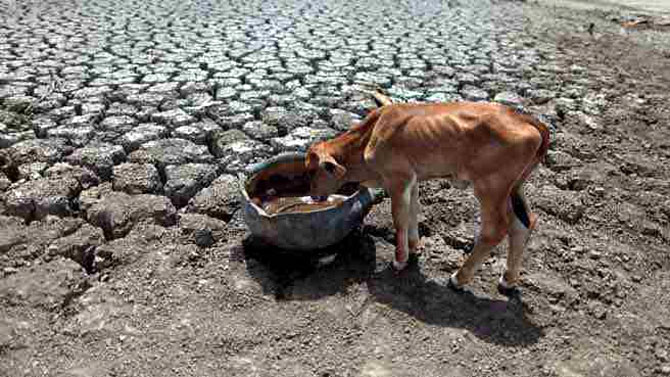 This budget comes against the backdrop of two looming crises. The entire rain-fed region in India, over 60 per cent of the cropped area, is now stricken by inadequate rainfall or drought.

We will need to provide for this. But the FM clearly hopes on the weather God coming good.

The war in Iraq threatens to jack up oil prices. The oil trade deficit now is about $110 billion. If prices go up, the burgeoning domestic demand will further stress the current account deficit. Maybe he is hoping on diplomacy and good sense to prevail in the Middle East? 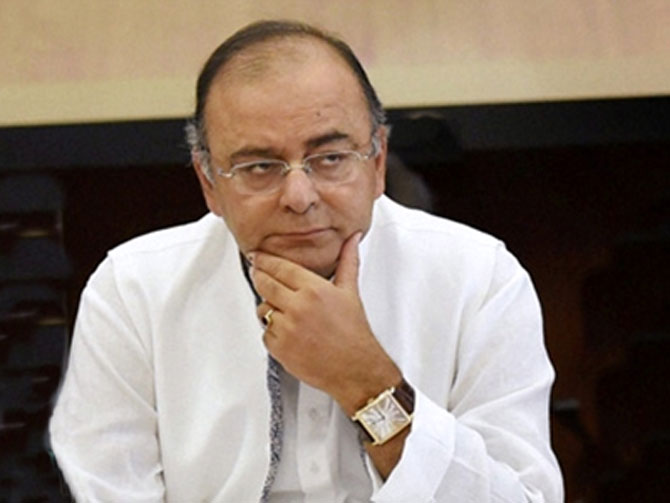 The problem with this budget is that it could be another Chidambaram Budget as well. Only Chidambaram would have written a shorter speech and have been more eloquent. Interestingly enough Chidambaram’s Interim Budget for 2014-15 indicated total revenue of Rs 17.63 lakh crore, while Jaitely’s Budget hopes for revenue of Rs 17.94 lakh crore.

It would seem that for just another Rs 31,000 crore (Rs 310 billion) Arun Jaitely went on and on for two hours and ten minutes.

Let alone people like me sitting in distant TV studios, even his Cabinet colleagues possibly found it tedious and taxing. Ashok Gajapathi Raju was seen yawning and Piyush Goyal was catnapping.

Given this modest Budget, I have little doubt that Arun Jaitely will competently manage it. It is within limits. It is even modest. It is some more of the same.

But that is not the promise of the Modi sarkar. In the run up to the elections Narendra Modi kept telling us achche din aane wale hain. Far from that, it just seems to be more of the wohi raat aur wohi din!