Sign in  |  Create a Rediffmail account
Rediff.com  » Business » This is how Swiss banks plan to woo rich clients 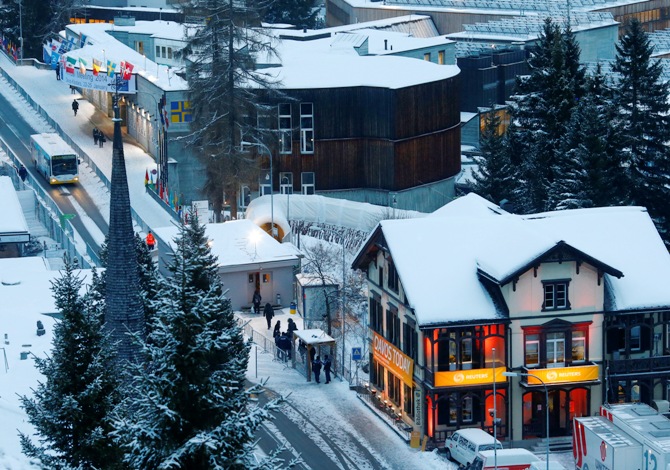 Image: An overview shows the congress centre for the annual meeting of the World Economic Forum (WEF) 2014 in the early morning in Davos January 21, 2014.
Photographs: Ruben Sprich/Reuters Barun Jha in Davos/Zurich

As Swiss banks lose their secrecy tag, some bankers here are coming up with innovative ideas to lure rich clients from India and other countries by providing services like 'cash courier' as well as by offering large metal vaults to store currency notes, gold, artworks and other valuables.

Also on the platter is advice to put money in virtual currencies, especially in the wake of Bitcoin ATMs becoming operational in Zurich.

As hundreds of world's rich congregate for the World Economic Forum Annual Meeting in the Swiss Alpine resort town of Davos, many of them have also scheduled meetings with Swiss bankers to devise new strategy for their hidden wealth.

Many bankers admitted, on condition of anonymity, that such meetings are scheduled to be held on the sidelines of WEF summit in Davos, as also in Zurich over this week. 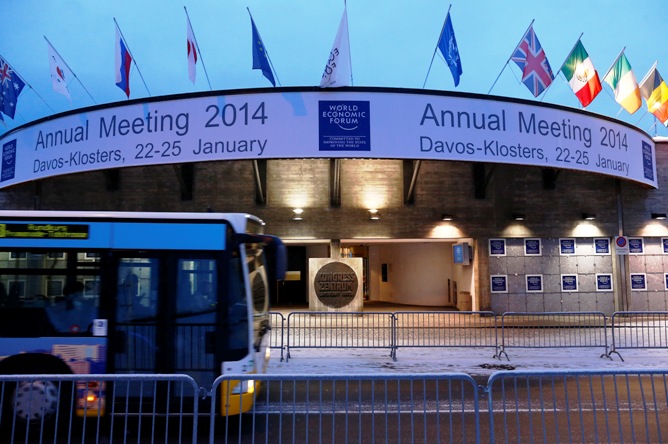 Image: A bus drives past the entrance of the congress centre for the annual meeting of the World Economic Forum (WEF) 2014 in the early morning in Davos January 21, 2014.
Photographs: Ruben Sprich/Reuters

The meetings include those with representatives of their Indian clients as well.

While representatives from the large banks said they are advising their clients about potential risks associated with keeping their hidden wealth here, those associated with many smaller banks claimed risks are relatively lesser when using the services of cash vaults, which however come with a higher price tag in terms of service fees, maintenance charges and rentals.

None of the bankers are willing to talk on record with regard to their dealings with rich clients from abroad, which also includes a significant number of Indians.

Bankers are also offering to show their prospective clients a visit to the banks' cash vault sections, where large metal boxes are placed within the bank premises and at third-party designated places to safely store wades of currency notes as also other valuables.

In the meantime, a new trend seem to be catching up where human couriers are being used to carry large amount of cash, although it is a riskier venture. 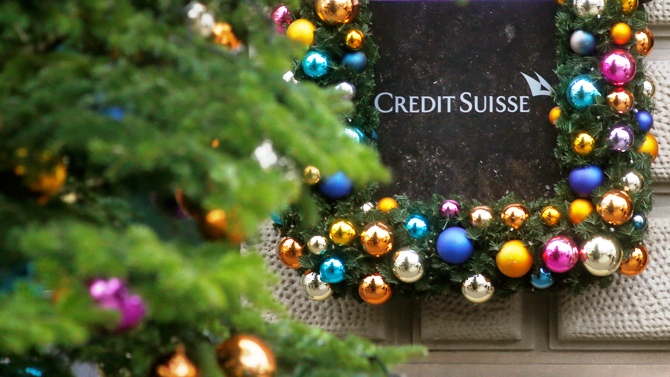 Image: Christmas decoration is placed around the logo of Swiss bank Credit Suisse beside the entrance to its headquarters in Zurich November 21, 2013.
Photographs: Arnd Wiegmann/Reuters

Airport officials admit that many such couriers have been apprehended in recent months.

These developments assume significance in the wake of Swiss banks gradually losing their safe-haven status every passing day due to ever-growing global pressure on Switzerland to demolish their secrecy walls that have historically helped in keeping details about their clients and money off the limits for authorities in respective jurisdictions.

At the same time, India and many other countries have stepped up their surveillance on people and entities suspected to be dealing with Swiss banks.

The issue of Indians allegedly stashing away unaccounted money in Swiss banks has been a matter of great debate back in India for many years and the main Opposition Party BJP is making it a major plank for the upcoming general elections.

While India and Switzerland governments have revised their tax treaty to facilitate greater information sharing and cooperation for apprehending the alleged tax offenders, there has not been any major headway at ground level as yet. 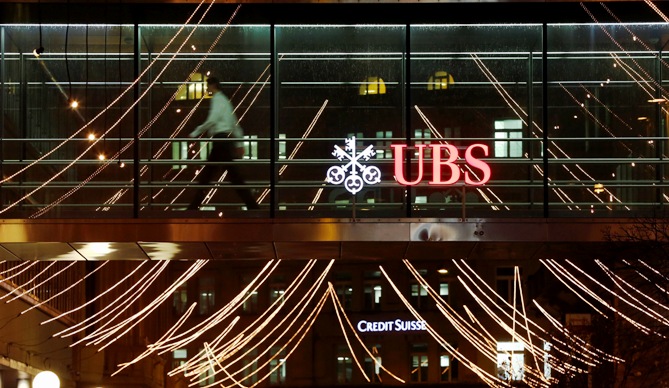 Image: A man walks past the logo of Swiss Bank UBS on a footbridge connecting two office buildings in Zurich.
Photographs: Arnd Wiegmann/Reuters

Switzerland recently also offered to send a delegation to India to further strengthen the cooperation between the two countries on this front.

Switzerland's Federal Department of Finance had said it has intensified its efforts in the field of information exchange to explain Swiss laws and practice to the Indian authorities in a transparent way.

"For doing so, a Swiss delegation is prepared to travel to New Delhi to discuss the current situation and, if need be, define measures for enhancing the collaboration in tax matters," a Swiss Federal Department of Finance spokesperson had said.

However, the OECD tax convention that Switzerland signed last year on October 15 has not yet come into force.

"Once it is in force, the information exchange between Switzerland and India will be further enhanced," the official had said. 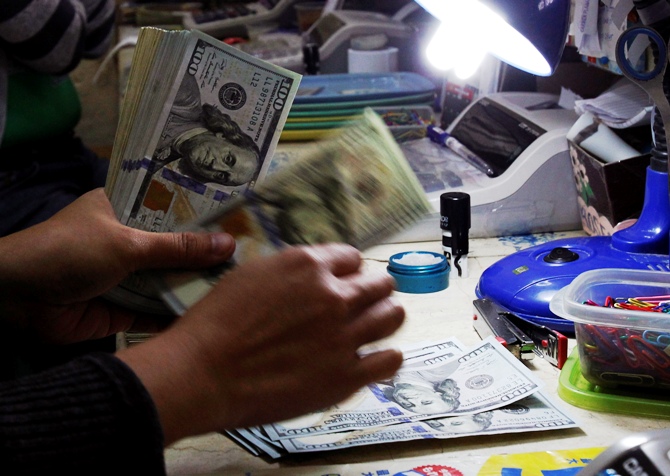 The overall funds held in Swiss banks by entities from across the world also fell from $1.65 trillion to $1.5 trillion during 2012.

Seen as a major step in cracking down on black money menace, Switzerland in October last year agreed to automatic exchange of tax information and mutual administrative assistance in tax matters with overseas jurisdictions.

This has made the European nation a signatory to OECD's Multilateral Convention on Mutual Administrative Assistance in Tax Matters, to which India is also a signatory.

The convention, once operational, would require Switzerland to extend all kinds of mutual assistance in tax matters including exchange on request, spontaneous information sharing, tax examinations abroad, and assistance in tax collection.

Paris-based Organisation for Economic Cooperation and Developmen, sets the global tax standards and is the key player in international efforts to curb the menace of tax evasion and black money.
On October 16, Swiss government had said that revision of the Tax Administrative Assistance Act was necessary due to international developments in the area of taxation.

Tags: Organisation for Economic Cooperation and Developmen , Swiss , Switzerland , European , India
More
© Copyright 2022 PTI. All rights reserved. Republication or redistribution of PTI content, including by framing or similar means, is expressly prohibited without the prior written consent.
Print this
article