Sign in  |  Create a Rediffmail account
Rediff.com  » Business » The rise of new rich and powerful in UP, Bihar 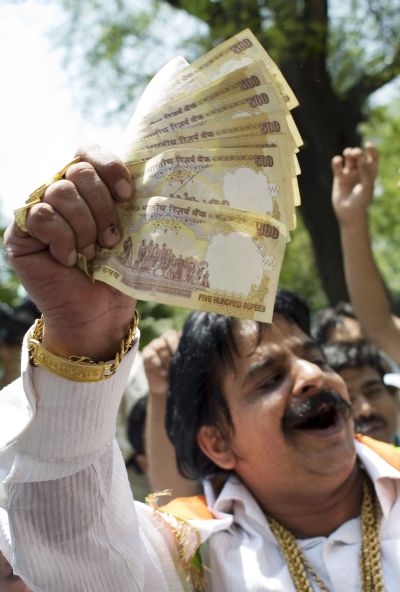 Image: A man hands out money as supporters celebrate election results in front of the headquarters of the Congress Party.
Photographs: Keith Bedford/Getty Images Sanjeev Miglani in Patna

He has just won a seat in the upper house of parliament, becoming its richest member, and his Security and Intelligence Services (SIS India) firm is growing at 40 per cent a year.

A few hundred miles to the west, but still in northern India, the Gupta family of Kanpur has transformed Dainik Jagran, which was born in the tumult of the independence movement, into a newspaper giant with the world's highest readership.

And close by, from a dusty by-lane, the Gyanchandani family has gone head-to-head against global titans Procter & Gamble (PG.N) and Unilever to build a detergent brand that has now taken 17 per cent of the domestic market. 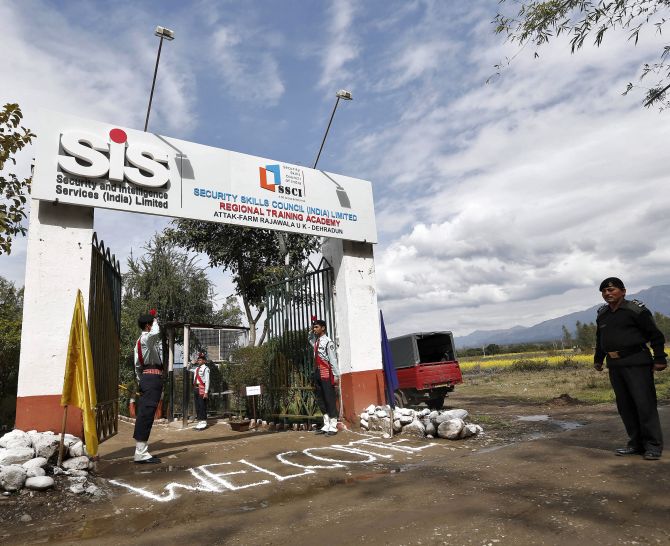 Image: Trainees stand guard outside the main gate of a training academy of the Security and Intelligence Services (India) firm, at Dehradun.
Photographs: Adnan Abidi/Reuters

India's northern Hindi-speaking belt, home to around half a billion people, is taking off after decades of trailing industrialised seaboard states in the west and south.

Leading the charge is a mix of old-world families like the Guptas and aggressive first-generation businessmen such as Sinha who have combined first-mover advantage, street-fighting techniques and old political connections to build empires of their own, all in the space of a few years. 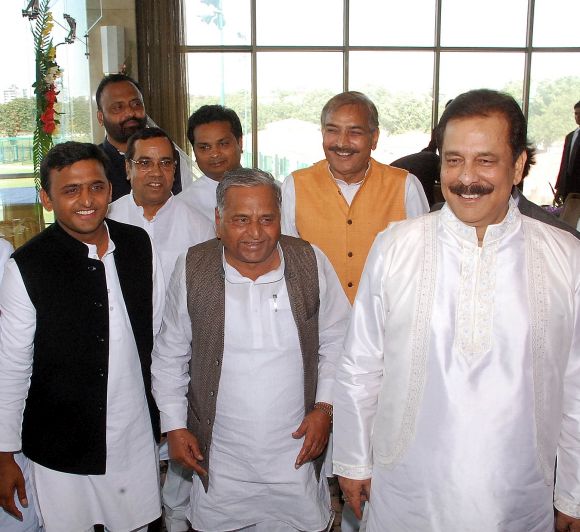 "Through their access to regional political overlords and through their money power, this regional elite is already influencing national politics and shifting the balance of power away from the better-known business houses in Mumbai and Delhi," he said. "This is no bad thing, as it will lead to more power migrating to the state capitals of India."

To be sure, the rise of some of north India's business groups has been controversial and mired in allegations of graft and wrongdoing, backed up by a cosy relationship with regional politicians.

Last week, Subrata Roy, chairman of the Sahara conglomerate, was arrested, capping a long struggle with the securities regulator over accusations that he failed to comply with a 2012 court order to repay billions of dollars to investors in a bond scheme.

The scheme was later ruled to be illegal. Roy denies the charges. 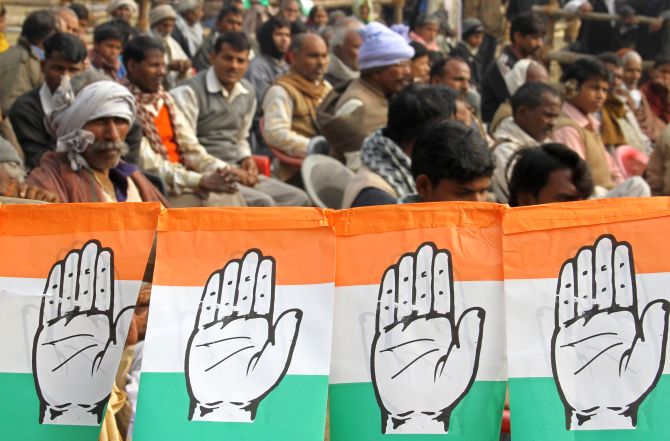 Much of what is today known as India's Hindi heartland was once home to the rich and powerful Mughal empire.

But in the 20th century it became a byword for poverty, crime and corruption, a region that failed to reap the benefits of free-market reforms that came in the 1990s.

Over the last decade, however, the centre of rapid growth has shifted northward and inland on the back of better roads, mobile networks and generous financial assistance from the left-leaning government led by the Congress party. 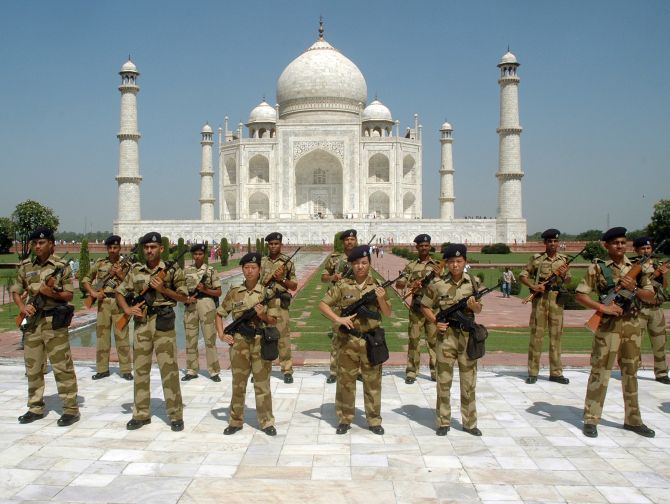 In Bihar, Sinha scaled up his business overnight six years ago, buying security firm Chubb Australia's manpower business, whose revenues were then seven times bigger than his own firm's.

Today SIS, with a turnover of Rs 2,700 crore (Rs 27 billion), is the world's 13th-largest security business and its owner is looking to the Middle East for more acquisitions.

From providing security at the Taj Mahal monument to protecting businessmen transferring car loads of cash and jewellers moving gold in a nation where the underground economy accounts for some 40 per cent of activity, there is plenty of work for Sinha's army of 40,000 trained guards. 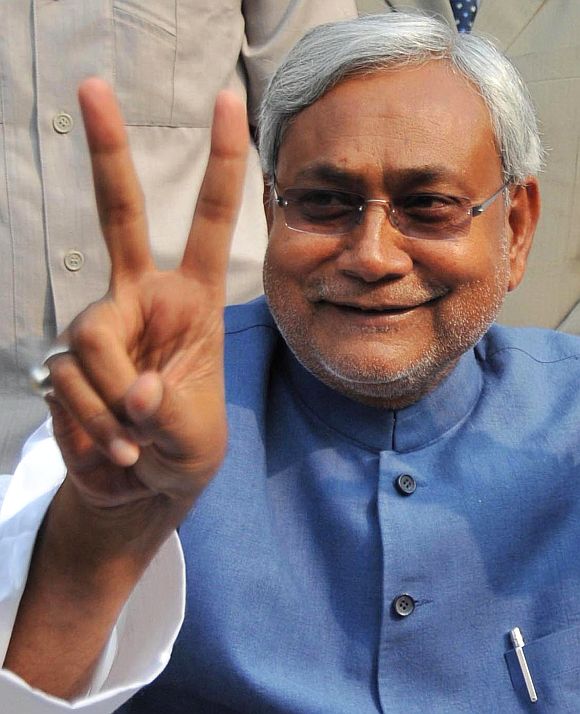 "It is foolish to expect the state to do everything. The state doesn't have infrastructure or the zeal to protect each and every citizen, each and every industry, each and every corporate," Sinha, 62, said in an interview at the firm's plush headquarters in New Delhi, which is adorned with idols of Hindu gods - a far cry from the decrepit garage on a water-logged street in Patna, Bihar's capital, where he launched the state's biggest start-up.

His connections run deep in Bihar's bureaucracy and politics. Several of his managers are former police and military brass and he himself has been a member of the Hindu nationalist Bharatiya Janata Party (BJP) for three decades, quietly financing the party as his business flourished.

A top bureaucrat said a dramatic improvement in law and order in Bihar, where kidnapping was once more lucrative than any business, has opened up investment opportunities.

"There has been an upsurge in the rural economy, our agriculture growth is higher than the country growth and that has created demand," said Vivek Singh, the state's principal agriculture secretary. 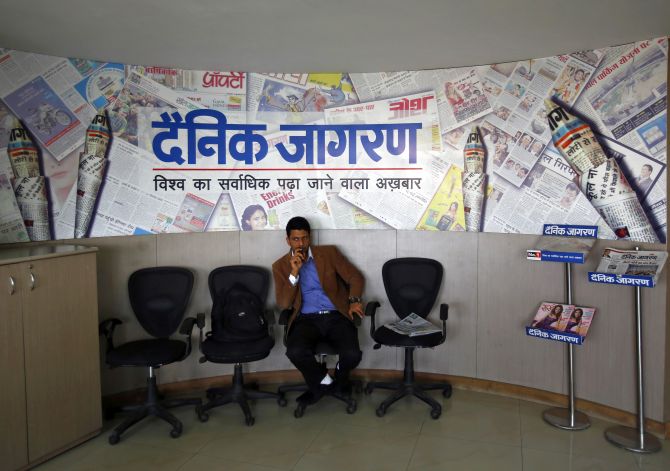 Image: A visitor waits at the reception area of the Dainik Jagran newspaper's office in Noida.
Photographs: Anindito Mukherjee/Reuters

Perhaps the renaissance of the north is best reflected in the spectacular growth of the Dainik Jagran newspaper on the back of increased literacy levels.

The Gupta brothers, based in Kanpur - once known as the Manchester of the East for its colonial-era textile industry - publish 37 editions of their newspaper and 210 sub-editions to reach 55 million people, more than the population of South Africa.

With a presence in 11 states stretching from Kashmir in the Himalayas to West Bengal in the east, the low-key Guptas wield immense influence.

A newspaper launched in 1942 as the Quit India movement to oust British rulers began, Dainik Jagran adapted early to foreign technology and finance. 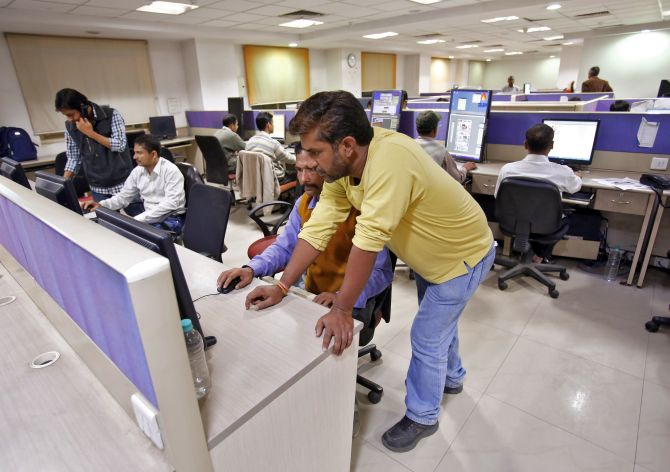 Computers with Hindi-character keyboards came to the newspaper long before anyone in the vernacular press had thought about them.

"It reflects the growth that we see sweeping north India. Gone are the days when three to four families shared one newspaper or people read the paper in the village square," said Sanjay Gupta, chief executive officer of Jagran Prakashan.

"Now we are delivering the paper to individuals in villages. These villages are small towns in themselves now."

One member of the close-knit family that lives in a sprawling bungalow in Kanpur has just ended a term in the upper house of parliament as a representative of a regional party that governs Uttar Pradesh.

Another previously represented the BJP, underlining the family's reach across the political spectrum. 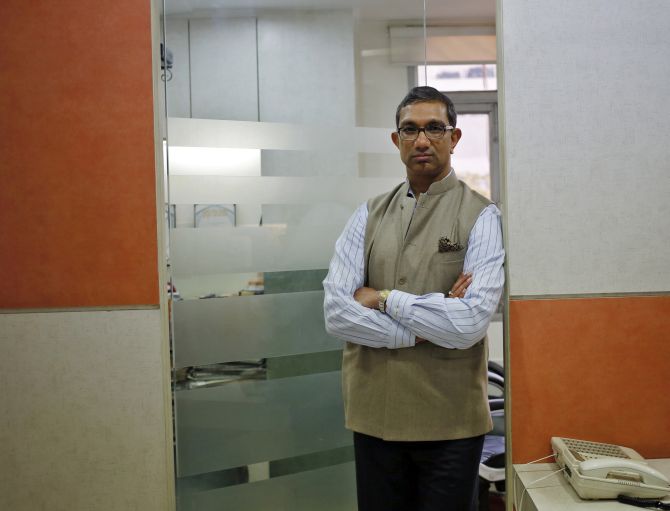 It's the same rural prosperity that has transformed the Gyanchandani family's Rohit Surfactants into one of the largest makers of detergents.

It began as a one-man army with patriarch Murli Dhar making the soap in his house and then doing the rounds of shops on his bicycle, urging them to give Ghari a try.

Murli Dhar still gets on the phone each day to pump up the sales force that has turned his firm into a $600 million conglomerate with interests from dairy products to footwear.

Like many of their Hindi-belt peers, the Gyanchandanis keep a low public profile, and requests for interviews went unanswered.

Behind the scenes, however, these "kings of North India" are exerting greater influence on regional parties that play an outsized role in the country's ruling coalitions.

"The dynamics of coalition politics will allow these elites to pull more federal taxpayers' funds their way and bend policy in their direction," said Mukherjea.