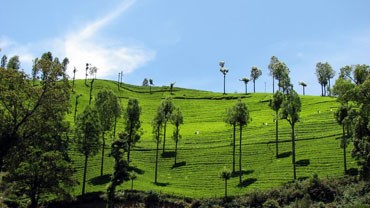 A holiday allows you to get away from routine and invigorate yourself in as many ways as possible. Well, yes and no, if you have decided to go, for a change, on a conventional holiday to that evergreen duo in the Nilgiris, Ooty and Coonoor.

The build-up through Bandipur into the Mudumalai national park lifts your spirits. Until you stop at a barrier and the driver of the hired car asks for Rs 10. The person in uniform pockets it, does not give a receipt and lets you go.

The driver explains it is for him to let you through without harassing you by conducting a thorough time-consuming search on your car to make sure you are not carrying any firearms or other accessories to facilitate poaching.

Anna Hazare's campaign has a long way to go, sordid India barely lets you be. Maybe even Yudhishthira had to make a token payment before he entered the gateway to heaven. 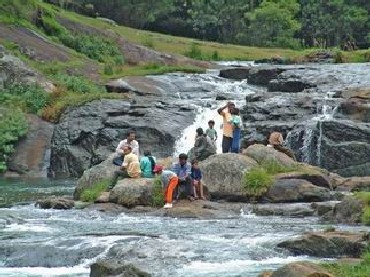 This mixture of high and low never left us for the next week, unlike during our normal off-the-beaten-track holidays, or the one to Ladakh when we were on a high almost throughout.

The Indian tourist has become quite savvy so nowadays there is no off-season when the must-do spots on the regular circuits are virtually deserted.

The only saving grace is that the crowds are not overwhelming; you can still find a corner to stand alone and savour the green marching back in the rain to reclaim its own. 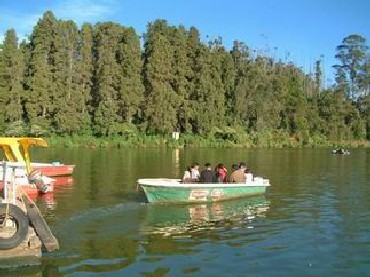 The Pykara lake is full to the brim and overflowing like a young woman scarcely able to contain her intensity.

To take in the water and the wooded banks coming right down to it is deeply fulfilling, that is by not allowing yourself to be upset when on seeking to board your car to return, you are stranded since two drivers of buses bearing Tamil Nadu and Kerala number plates refuse to make way for each other and hold up everyone else.

Or the rapids that lead up to the lake, robust with the monsoon-rejuvenated flow. To get the best view you have to go as far down as possible, to take in the entire stretch in your vision, which is where the public toilet (you pay Rs 2 to use it) is overflowing and makes what should have been an idyllic corner stink. Imagine the stench in the peak season. 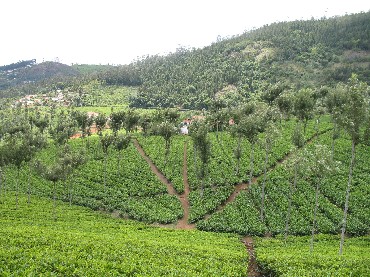 Or take the highest peak in the south, Doddabetta, an obvious must-do on the conventional circuit. Even in the off season, there are hordes of high school and college students in groups more interested in getting themselves photographed than looking around.

Cleaners keep picking up after the littering tourists so the place is kept clean, but forget about standing quietly and taking in the panorama around without being nudged.

The cleanliness, however deserts the lesser spots, like Dolphins' Nose. A shelter for tourists to view the scenery is obviously taken over by goats after dark and the stink from their pee and droppings makes sure that by day also they alone enjoy the facility. 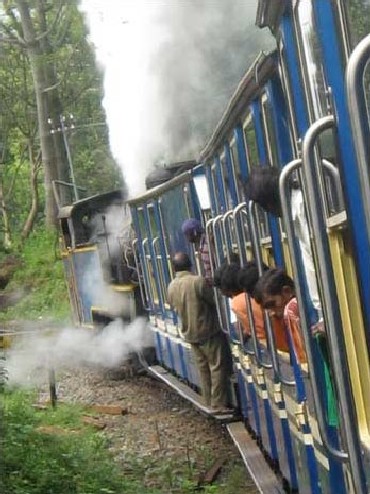 But the deeply wooded slopes, around the breathtaking drop of the cliff, so different from their pock-marked Himalayan brethren, restore your spirits. The slopes closer at hand are interspersed with the smooth manicured carpet of tea bushes, with the dense green of the forest occasionally coming in between. Who says man and nature cannot live together?

My memory of Ooty was of a slightly gone-to-seed, quite dirty hill station. This time the municipality seems to be a bit more active (the Jayalalithaa effect?), but still it is no place where you come to get away from the traffic and the noise.

So if you are looking for a little haven and retreat, you can do worse than land up at the Ratan Tata Officers Holiday Home, bequeathed to His Majesty's officers by Sir Ratanji Tata Trust and secured for Indian officers by Field Marshal Cariappa. 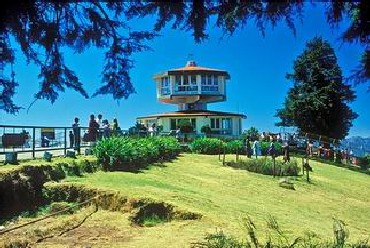 They do let civilians in but have not publicised it yet. The last time we came, it was run-down. This time we found it refurbished and transformed.

What remains unchanged are the heavy banks of pines and deodars that fill the eight-acre property and line the driveway as it goes up. It is an efficient no-frills operation that takes care of the basics.

The only thing I would like to change is the paintings of scenery in the rooms, sometimes depicting a symmetrical nature, which I can only call an army issue, meaning no offence.

Ensconced in dark green (olive green, if you like), the holiday home is still in traffic-dense Ooty. Far different is the Salvation Army property in Coonoor, in an upmarket part of Upper Coonoor. The quiet is complete. 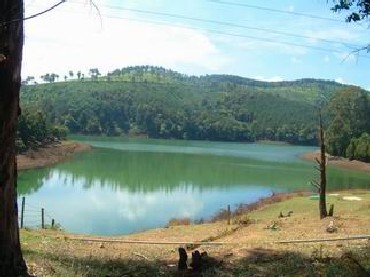 The large tree-fringed lawn with a view of high hills beyond is visited by hundred of birds through the day. The big central cottage has several well-appointed rooms with a good bit of period furniture.

If you want to go somewhere for a few days to write a short story, if not a novella, then this is it. Even the manager's huge German shepherd has imbibed the spirit of the place and seldom barks, except occasionally to chase away monkeys.

The only problem is smoking and drinking are strictly forbidden. Smoking, I can understand, but not even a peg or two in that kind of mild cool mountain air?

I swear we did not slyly drink a peg or two behind closed bedroom doors in the evening. I know god does not like you to swear so I solemnly