The 10 biggest ad agencies in the world, post-Publicis, Omnicom merger 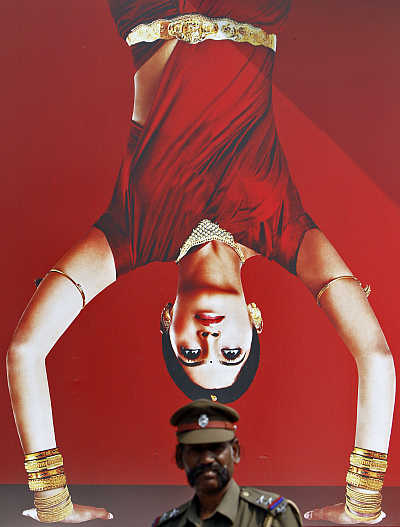 Image: A police officer stands in front of a jewellery billboard in Chennai.
Photographs: Babu/Reuters

American and French advertising companies the Omnicom Group and Publicis Groupe have announced their plans to merge and form an ad powerhouse with an annual revenue of $22.7 billion and a stock market value of $35.1 billion. If the deal, expected to be sealed in the fourth quarter, does go ahead, it would create the world's largest ad company with greater clout to negotiate ad rates with clients.

With the advertising world likely to see a new giant, let's take a look at the 10 biggest advertising agencies in the world. 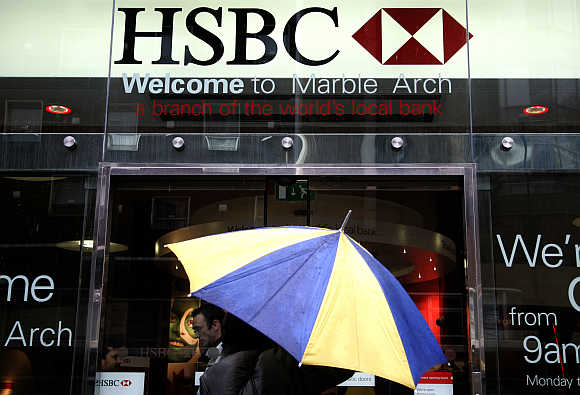 Image: A branch of HSBC in central London. HSBC is one of WPP's clients.
Photographs: Luke MacGregor/Reuters

WPP, the world's biggest advertising company, employs 165,000 in 3,000 offices spread over 110 nations. It traces its roots to 1985 when Martin Sorrell, the current CEO, bought a stake in Wire and Plastic Products, a producer of wire baskets, while looking for a company to launch marketing services around the globe. Over the decades, WPP bought and sold stakes in several firms, including some major rivals, and emerged as a powerful force in the advertising world.

Although occupying the top spot, it has faced some controversies, such as allegations of going to great lengths to pay lower taxes in the United Kingdom and a revolt by shareholders over Sorrell's salary. 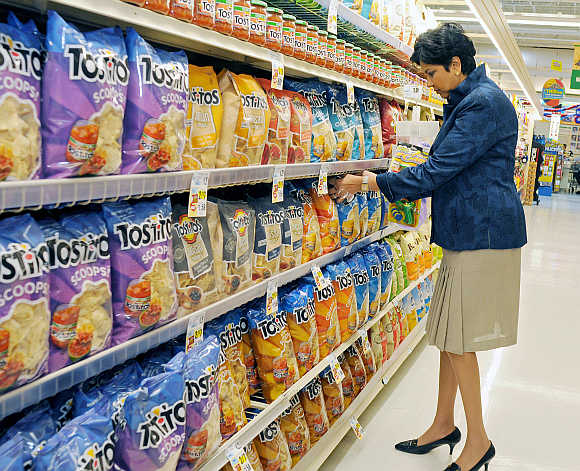 Omnicom Group, a major advertising and marketing communications services company founded in 1986, manages more than 1,500 agencies and 5,000 clients in 100 countries. Once it was a big investor in Internet technologies, but began avoiding such investments after the dotcom crash. 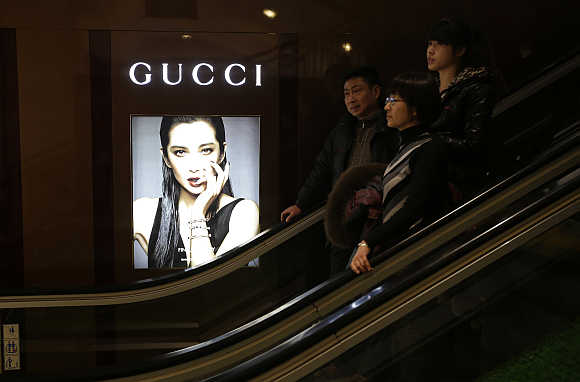 Image: A Gucci advertisement in a shopping mall in Wuhan, Hubei province, China. Gucci is one of Publicis Groupe's clients.
Photographs: Stringer/Reuters

Publicis was started by Marcel Bleustein in 1926 in Paris when he was just 20. He selected the name Publicis as it mixes the French words for "advertising" and "six", his favourite number. Now it has presence in 108 countries, employs about 60,000 employees and has a 26 per cent market share in emerging nations. 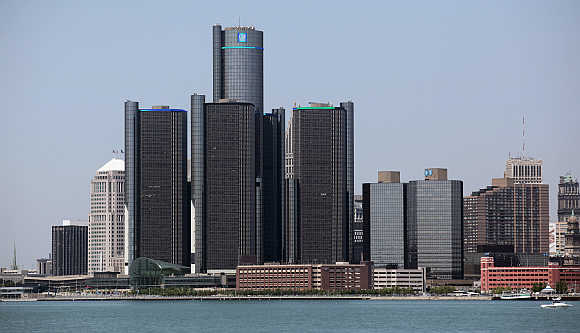 Interpublic Group of Companies, the world's fourth-biggest ad agency, has been plagued with problems since early 2000. It began with some ill-timed acquisitions in the United Kingdom's motor-racing world and then became embroiled in accounting scandals. By mid-2000, it had disposed of several loss-making entities and its stock slowly stabilised. 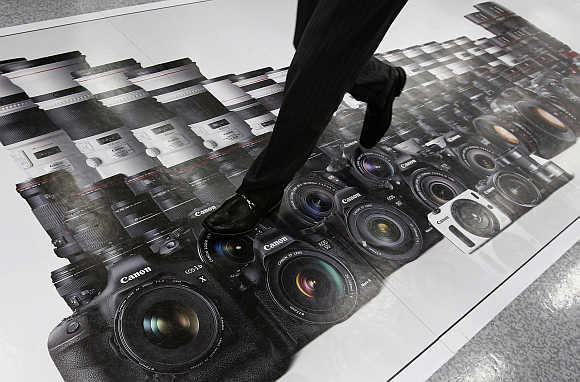 Image: A man walks on an advertisement of Canon digital cameras at an electronics store in Tokyo. Canon is one of Dentsu's clients.
Photographs: Toru Hanai/Reuters

There are many advertising companies in the world, but none dominates its home markets like Dentsu rules its base, Japan. It controls more than 30 per cent of the Japanese market, has 6,000 clients and is twice big as its closest competitor. In recent years, it has made a serious bid to capture markets outside Japan through acquisitions and deals.

Image: An Air France plane taxis on the runway of Singapore Changi Airport. Air France is one of Havas's clients.
Photographs: Tim Chong/Reuters

Havas, one of the largest groups in the world, is present in more than 100 countries through its networks of agencies and contractual affiliations. Employing 15,000 people, it offers range of communications services, including digital, advertising, direct marketing, media planning and buying. 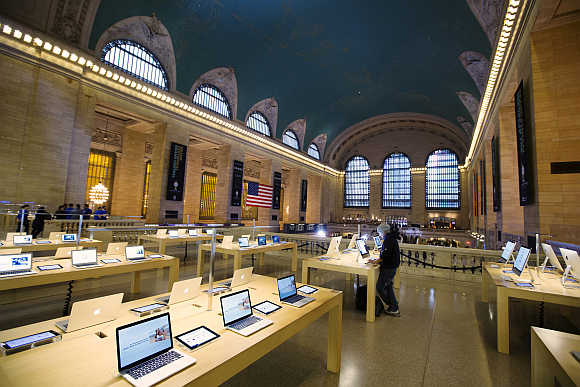 Image: A man uses a computer at an Apple store inside of Grand Central Station in New York. Apple is one of Hakuhodo's clients.
Photographs: Lucas Jackson/Reuters

Hakuhodo was founded in 1895, making it the oldest advertising agency in Japan. Its main areas of function include brand management, TV commercials and newspaper ads and strategy planning. It has spread its footprints all across the world, including Asia and the United States. 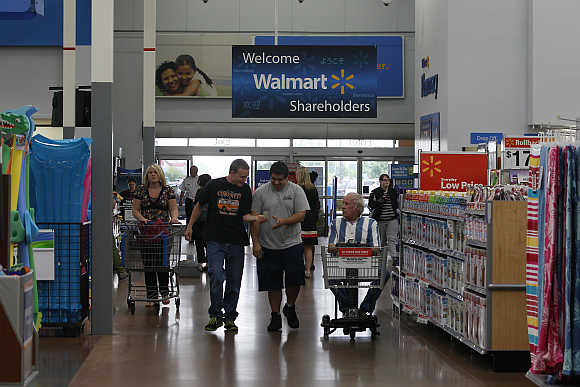 Image: Customers shop at a Walmart Supercenter in Rogers, Arkansas. Walmart is one of Merkle's clients.
Photographs: Rick Wilking/Reuters

Merkle, which was bought by current CEO David Williams for $5.2 million in 1988 when he was 25, has built up a strong base through strategic acquisitions over the last two decades. With more than 1,700 employees, the privately-held customer relationship marketing group is now constantly ranked as one of the leaders in the field. 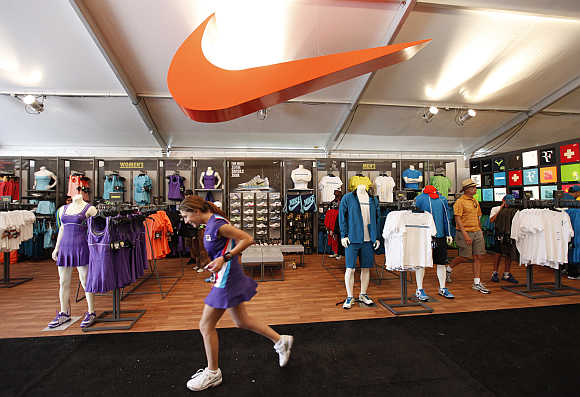 Global Experience Specialists, one of top providers of exhibition, conference and event services in the United States, Canada and the United Kingdom, was created in 2010 after merger of three units. It is part of the Viad Corporation with 60 offices around the world. 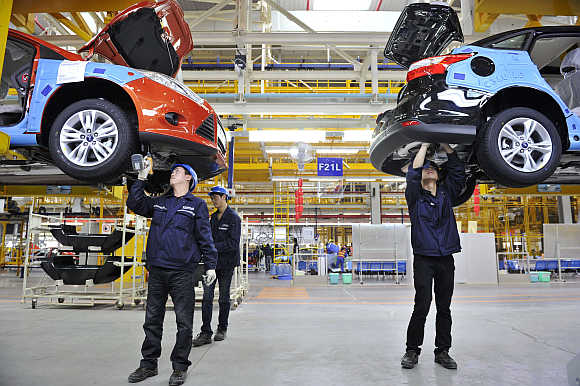 Image: Employees install car components at an assembly line at a Ford manufacturing plant in Chongqing municipality, China. Ford is one of Epsilon's clients.
Photographs: Stringer/Reuters

Epsilon's story started in 1975 when four Harvard students created a database to store the contact information of fellow students. It is now the biggest marketing agency in the United States. Its main role is to help clients better manage their customers.