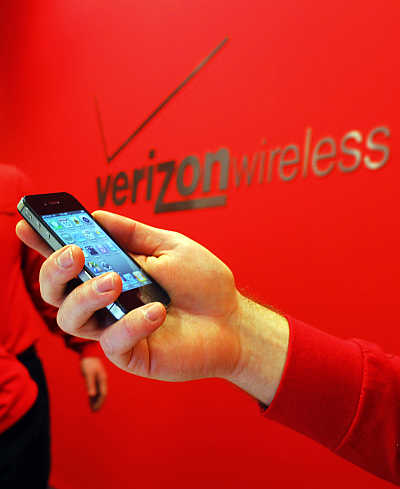 Image: An employee holds out an iPhone for a customer at a Verizon store in Boston, Massachusetts.
Photographs: Brian Snyder/Reuters Mark Hosenball and John Whitesides in Washington, DC

The debate over whether the US government is violating citizens' privacy rights while trying to protect them from terrorism escalated dramatically amid reports that authorities have collected data on millions of phone users and tapped into servers at nine Internet companies.

The White House spent much of the day defending the National Security Agency's secret collection of telephone records from millions of Americans as a "critical tool" for preventing attacks, as critics called the program - first reported by Britain's Guardian newspaper - a heavy-handed move that raised new questions about the extent of the US government's spying on its citizens. 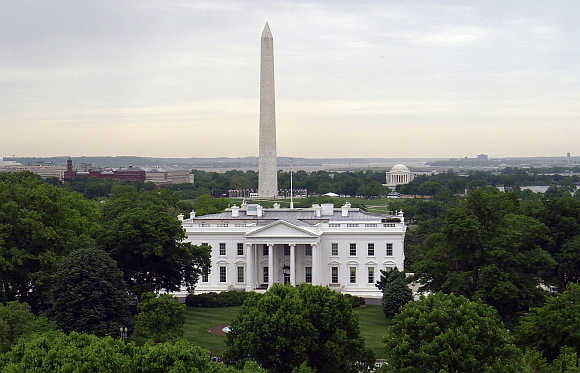 Image: White House with the Washington Monument, left, behind it and the Jefferson Memorial, right, in Washington, DC.
Photographs: Gary Hershorn/Reuters

At day's end, the flap over the NSA's mining of data from customers of a subsidiary of Verizon Communications was overtaken by a Washington Post report that described an even more aggressive programme of government surveillance.

The Post reported that the NSA and the FBI have been tapping "directly" into the central servers of leading US Internet companies to gain access to emails, photographs, audio, video, documents, connection logs and other information that enable analysts to track a person's movements and contacts over time. 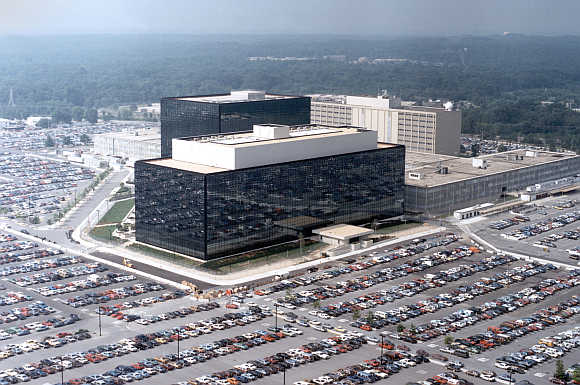 Some of the companies named in the article - Google, Apple, Yahoo and Facebook - immediately denied that the government had "direct access" to their central servers. Microsoft said it does not voluntarily participate in any government data collection and only complies "with orders for requests about specific accounts or identifiers".

Washington Post spokeswoman Kristine Coratti said the paper stood by its report, which was based on an NSA document that it published online.

Taken together, the reports suggested that US domestic surveillance, long acknowledged to have become more prevalent since the September 11, 2001, attacks, was far more extensive than the public knew. The Post said that the secret programme involving the Internet companies, code-named Prism and established under Republican President George W Bush in 2007, had seen "exponential growth" during the past several years under Democratic President Barack Obama.

The Post said an NSA report had found that the agency "increasingly relies on Prism" as its leading source of raw material, accounting for nearly 1 in 7 intelligence reports. 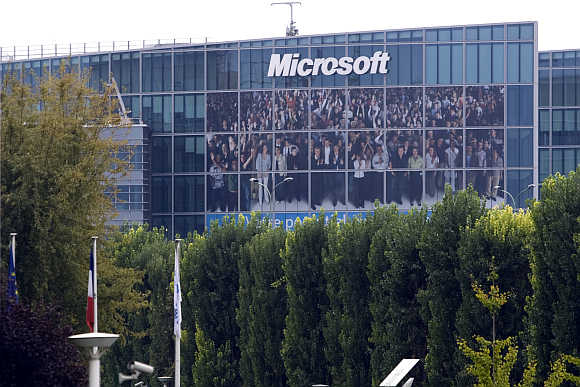 Clapper indicated that Thursday's reports were indeed significant but disputed the notion that government agents could use such data without a specific investigative purpose in mind. He also said the programme does not allow the government to listen in on anyone's phone calls.

"The unauthorised disclosure of information about this important and entirely legal program is reprehensible and risks important protections for the security of Americans," he said in a statement.

The reports on Thursday drew attention to US authorities' use of a secret federal court, the US Foreign Intelligence Surveillance Court, which reviews and approves investigators' requests to conduct extraordinary surveillance in national security cases. 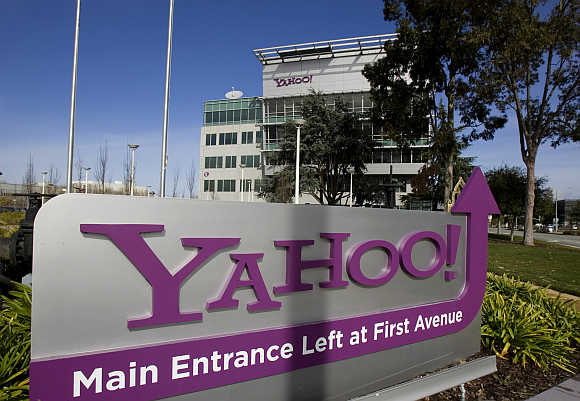 The NSA surveillance programmes are among thousands of operations approved by the court in the years since the 9/11 attacks. Under federal law, Congress is briefed about the court's actions.

For civil libertarians and other critics of expanded secret surveillance, Thursday's revelations amounted to a reminder of how the 9/11 attacks increased the government's reach into Americans' daily lives.

"These revelations are a reminder that Congress has given the executive branch far too much power to invade individual privacy (and) that existing civil liberties safeguards are grossly inadequate," said Jameel Jaffer, deputy legal director of the American Civil Liberties Union. 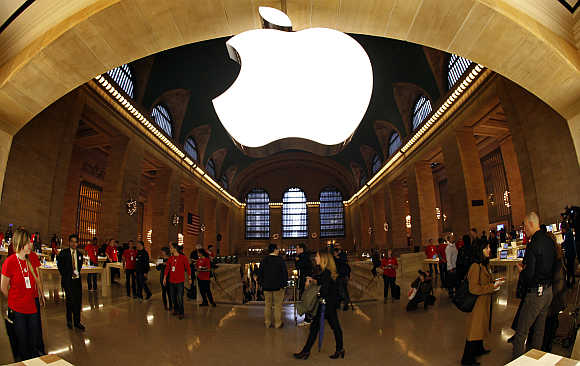 As Obama arrived in California for a summit with China's new president, Xi Jinping, it was clear that administration officials were sensitive to such criticism.

A senior administration official emphasised that although the activities of people in the United States are included in the data being amassed by the government, the surveillance programmes may target for investigation only non-Americans living outside the country.

The surveillance programme "was recently reauthorised by Congress after extensive hearings and debate", the official said.

"Information collected under this programme is among the most important and valuable intelligence information we collect, and is used to protect our nation from a wide variety of threats." 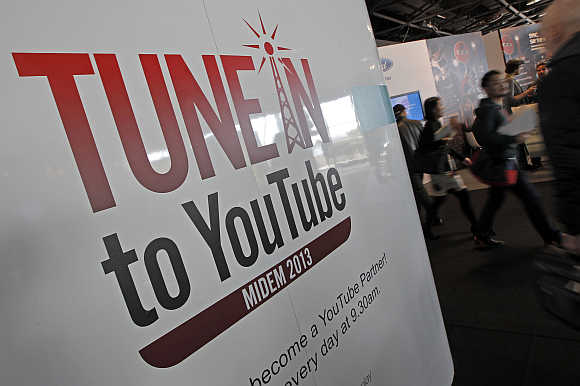 Before the Post's report on the Internet companies was published, leading members of Congress - who routinely are briefed by the NSA on secret surveillance programmes, and were again on Thursday - defended the agency's efforts to build a database of phone records for use in investigations. They said the programme had been going on for seven years.

Republican Mike Rogers of Michigan, chairman of the House of Representatives Intelligence Committee, said the surveillance effort had stopped a "significant" attack plot within the United States, but did not give details. 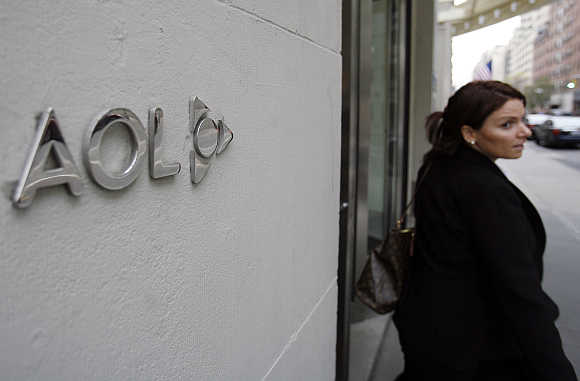 But there also was a diverse group of Republicans and Democrats - some who knew about the programme and its scope, others who apparently did not - who blasted the gathering of such a huge database of details about Americans' phone habits as an unwarranted intrusion.

"The United States should not be accumulating phone records on tens of millions of innocent Americans. That is not what democracy is about. That is not what freedom is about," said Senator Bernie Sanders, a liberal independent from Vermont. 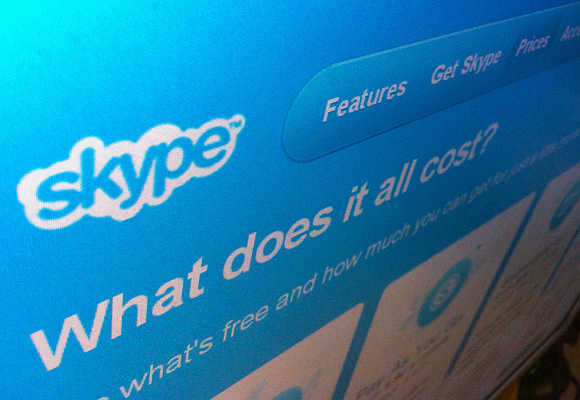 Image: A page from the Skype website is seen in Singapore.
Photographs: David Loh/Reuters

Conservative Republican Senator Rand Paul of Kentucky called the programme "an astounding assault on the Constitution" and said the Obama administration "had sunk to a new low".

The Wall Street Journal reported that the NSA's monitoring of Americans includes customer records from AT&T and Sprint Nextel in addition to Verizon, as well as emails and web searches. The agency also has cataloged credit-card transactions, the Journal said. 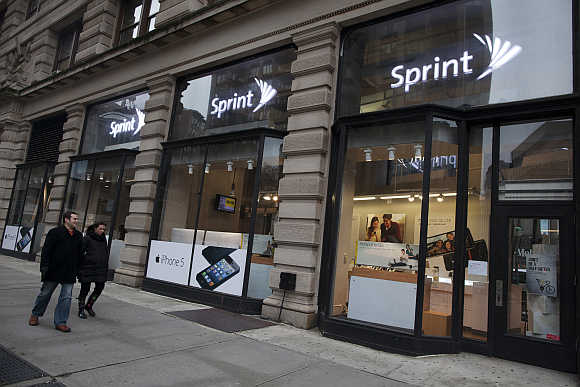 For an administration that has promoted an activist government as a helper and protector of Americans, the flap over the NSA's surveillance became a new battle front.

Obama's White House already was under fire on another matter involving the delicate balance between security and privacy: its search of the telephone records of Associated Press journalists and the emails and phone records of a Fox News reporter as part of an inquiry into leaked government information.

And in the coming days, it's also likely that the details of the Guardian and Post reports will be sifted for clues into other US surveillance activities, and who might have leaked them despite the risk of federal charges. 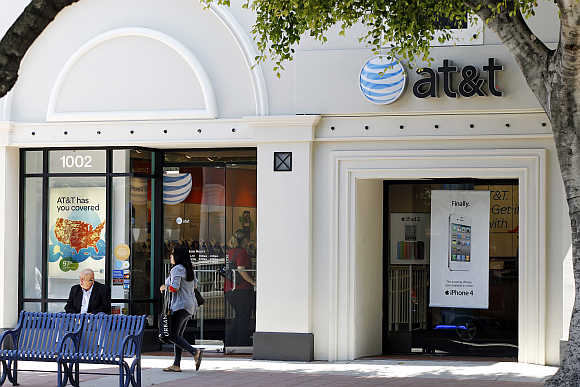 The Post story said part of its knowledge about the NSA programmes came from a "career intelligence officer" who cited "firsthand experience with these systems, and horror at their capabilities".

There also was a curious twist to the Post story, which was written by Barton Gellman and Laura Poitras.

Gellman is a longtime Post reporter; Poitras is a documentary filmmaker who has been working on a film about Julian Assange, the founder of WikiLeaks, the website known for publishing secret government documents.

Last year, Poitras made a documentary on Bill Binney, a former code-breaker at the NSA who became a whistle-blowing critic of the agency's surveillance of US citizens.