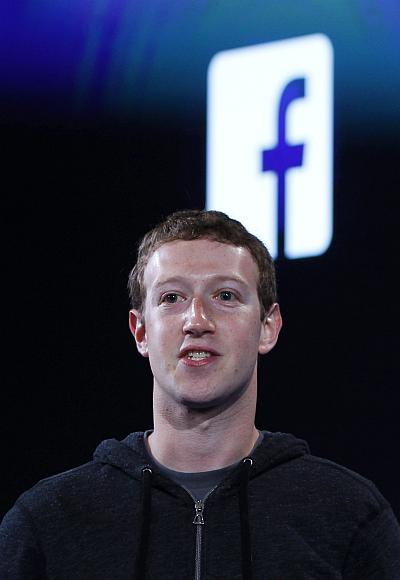 The tax evasion battle between the tech giants and various governments is not just about tax revenues but also for moral supremacy.

For the giants of Silicon Valley, the fall from freedom's children to social pariah has been something of a Shakespearean reversal of fortunes.

Google, Apple and Facebook might be Lear, Othello and Macbeth in the suddenness and completeness of their fall from a grace that was bequeathed to them by the generations that found their technologies liberating, empowering and even beautiful.

These companies are nothing like the robber barons that were rebuked by the US government a century ago.

They are not locking out workers or running sweatshops. On the contrary: They're hiring people.

Led by Facebook founder Mark Zuckerberg's advocacy group FWD.us, they are agitating for immigration laws to be loosened so they can hire clever Chinese, Indian and other citizens and pay them lots of money. 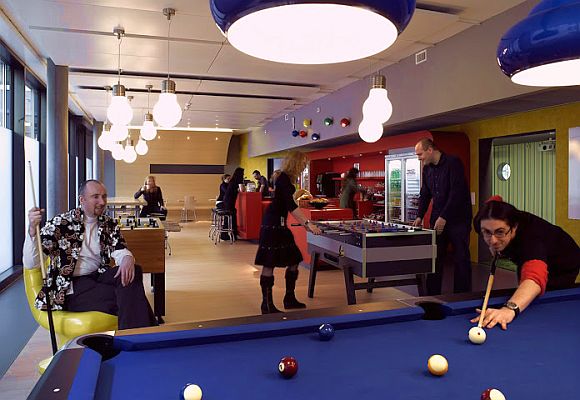 Those lucky enough to get into their now-sprawling campuses gain access to a kind of gold-plated welfare state where choices of delicious food, health centres, and dental clinics are theirs for the using.

The companies say transparency and freedom of speech are at the heart of all they do. Transparency is a Google "Core Value"; Facebook has signed up to the Global Network Initiative, dedicated to advancing freedom of expression to help "shed a spotlight on government practices that restrict expression and seek over-broad requests for user data."

Freedom and transparency make up one of the largest battlegrounds between states and citizens today, and the fact that the Silicon Valley companies put themselves on the side of citizens has attracted high-profile recruits to their offices.

In the UK, two big-time journalists renounced their trade to work for Google: John Kampfner was editor of the leftist New Statesman and head of the NGO Index on Censorship. He is now an external adviser to Google on free expression and culture.

Peter Barron edited the BBC's probing Newsnight program and, while a reporter on the program, won a 1995 award from the Royal Television Society for reports on the arms-to-Iraq scandal. He's now head of external relations for Europe, Middle East and Africa at Google. 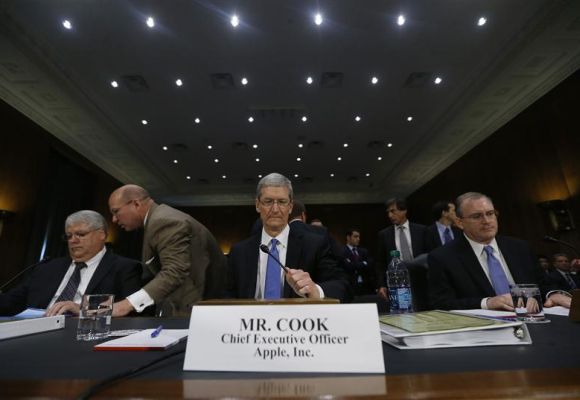 As unlikely as it is that the rich, clever people behind these companies will lead their employers to tragic fates, they have a very large problem on their hands.

Relative to their earnings, these companies pay very little taxes. This is not, it seems so far, a crime. But it may be worse than a crime; it is a product of their philosophies.

Last year, Facebook paid "negative taxes" - that is, the taxpayer paid the company $429 million because Facebook had written off the value of the stock options awarded to Zuckerberg and other executives.

The company received a huge tax deduction of $16 billion. This is quite legal, but, as Senator Carl Levin (D-Mich.) said in a debate on the Senate floor last April, "As with so much of our tax code, it's not the law-breaking that shocks the conscience, it's the stuff that's allowed." 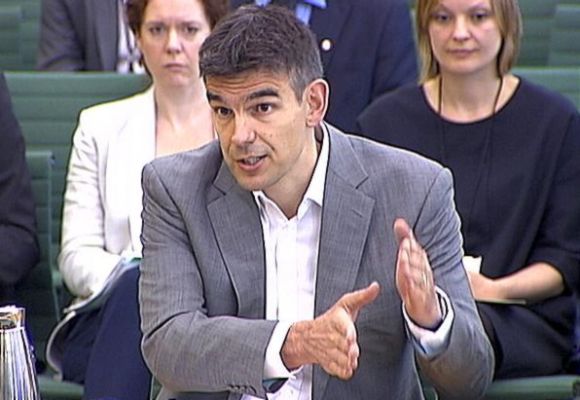 Part of this strategy involved the shift, more than 30 years ago, of a major part of the company's ostensible central control function to Ireland, where corporate taxes are very low.

As Levin put it, "Folks, it's not right." After the hearing, even critical observers concluded that Cook wasn't really rattled.

Across the Atlantic, another feisty committee chairman and former labour minister, Margaret Hodge, also thinks it's not right.

As Cook faced the senators, Google Vice-President Matt Brittin was being warned that it was a serious offense to mislead Hodge's committee - an offense he might have committed when, last year, he argued that no sales transactions were done in the UK by Google but were routed through a subsidiary in Ireland.

Google, like Apple, has a centre in Dublin that is nominally its European hub. Hodge said the committee was alerted to the discrepancy by a report by Reuters' Tom Bergin (who received the Orwell Prize for the piece). 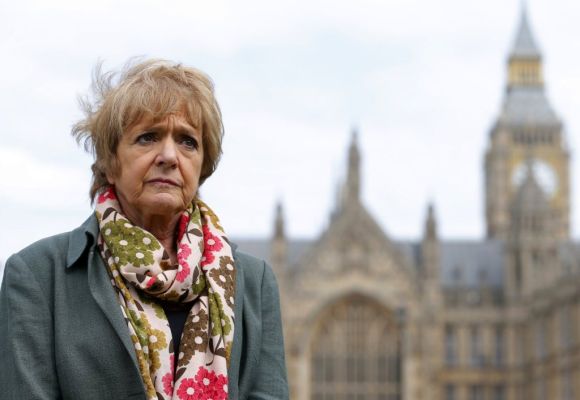 Hodge said, "It was quite clear that the entire trading process and sales process took place in the UK."

Google's sales in the UK are worth 3.2 billion pounds, but most are routed through Dublin. In 2011 it paid 6 million pounds in UK corporation tax.

The various executives of these companies don't exhibit much sense of guilt when confronted by irate lawmakers.

The British new technology writer Dick Pountain wrote in his blog that when Google CEO Eric Schmidt came to the UK earlier this month, he "treated UK PM David Cameron with the amused air of a cheeky schoolboy talking to a nagging teacher, a mask for the fact that he now wields more power than a mere PM and knows it."

Pountain also quotes the former Facebook employee Katherine Losse from her book, The Boy Kings, that Schmidt's philosophy is, "If you want to change the world start a company. It's the best model for getting things done and bringing your vision to the world." 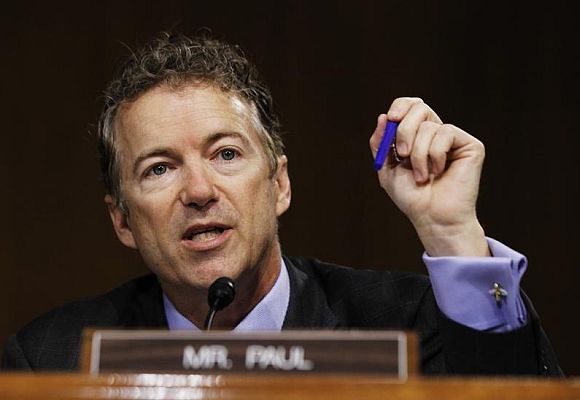 In a fine piece of close reporting, George Packer reveals a world where the magnificent headquarters buildings "keep tech workers from having even accidental contacts with the surrounding community."

The spirit that imbues the engineers who work there carry Schmidt's belief: that companies are king and governments are at best passe.

This view, once framed as state-of-the-art idealism, is now seen as deeply self-serving and destructive of societies that depend, for their infrastructure, social services and much else, on the tax that these companies are determined not to overpay.

Not all lawmakers see it this way. Senator Rand Paul (R-Ky.) spent his time on the Levin committee hearings seeking to protect Apple from "bullying." 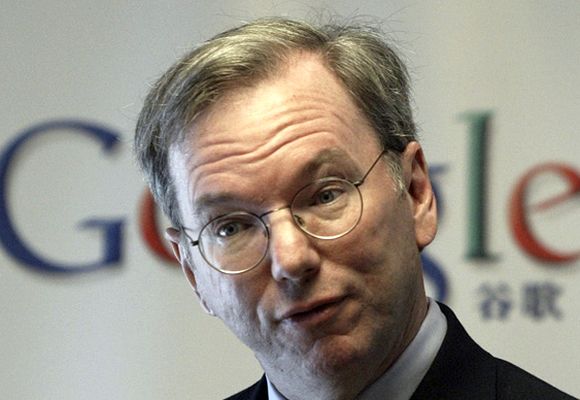 At times over their 100-year history, corporations have vied with governments for primacy and for the moral high ground.

A new battle is now joined, and governments in Germany, France and other European states are following the UK and the US into the trenches.

It's a battle not just for more tax revenue but also for the concept and practice of the nation-state and its provision of public goods. That makes the issue central to us all.

(John Lloyd co-founded the Reuters Institute for the Study of Journalism at the University of Oxford, where he is Director of Journalism. Lloyd has written several books, including "What the Media Are Doing to Our Politics" (2004). He is also a contributing editor at FT and the founder of FT Magazine.

Opinions are his own