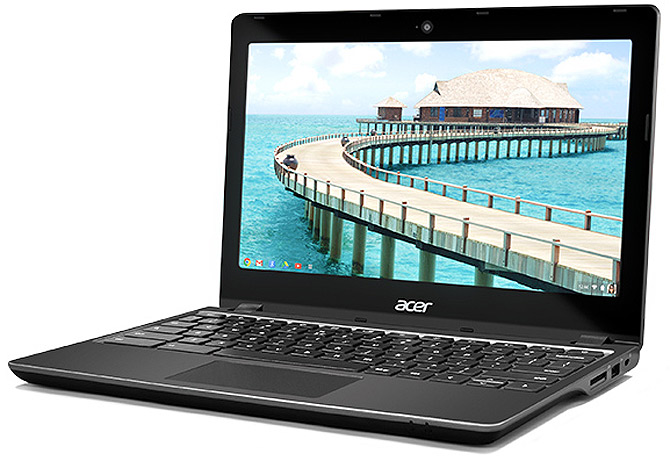 Google's Chromebook is finally in India. We were only too happy to make our acquaintance with this device, running a unique operating system.

The moment we laid our eyes on the Acer C720 Chromebook, we were impressed.

The handy size and the lightweight chassis (1.25 kg) mean the unit can be put in the smallest of side bags.

The matte finish, fixed battery and Chrome logo on the lid add a touch of class.

As we flipped the lid and hit the power button, we were greeted with the home screen in seven seconds.

Inviting us to log into our Google account, the next thing the device asked was the Wi-fi password. Yes, you can't do without access to the net the first time you turn it on.

The device scanned the Chrome servers, found an update, downloaded and installed it, and we were good to go.

Done with the set-up, we came to a home screen, which Windows XP veterans will find familiar. Only, in place of the start button, there is the shortcut for the Chrome browser.

The bottom bar has shortcuts to Google Docs, Google Play and the apps drawer, much like Android. 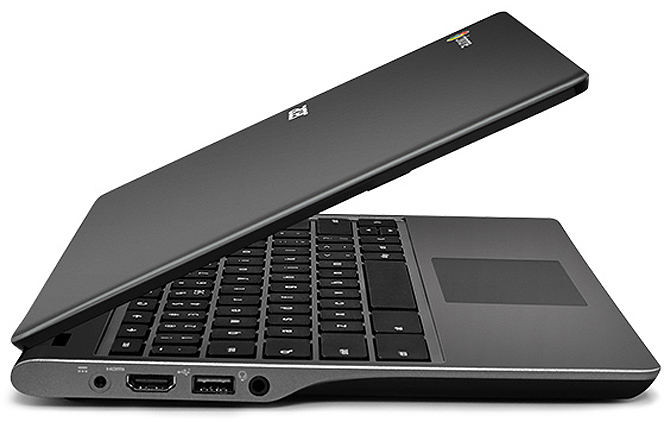 Also like Android, there is a shortcut to the Chrome web store, and one is limited to the number of apps available in this store.

While the usual suspects, including Angry Birds, are there, the number of apps is in no way exhaustive and we've seen many more apps on the Windows 8 store.

But, with Google driving the app ecosystem, there's no doubt things can only get better. Best of all, those are free.

Pre-installed with Google Docs, one can also download Quickoffice to work on documents offline. But if you're used to Microsoft Word, be prepared to deal with changes in formatting and missing macros in case you open and edit a document made on Microsoft Word on the C720, and then save and open it later on Word. 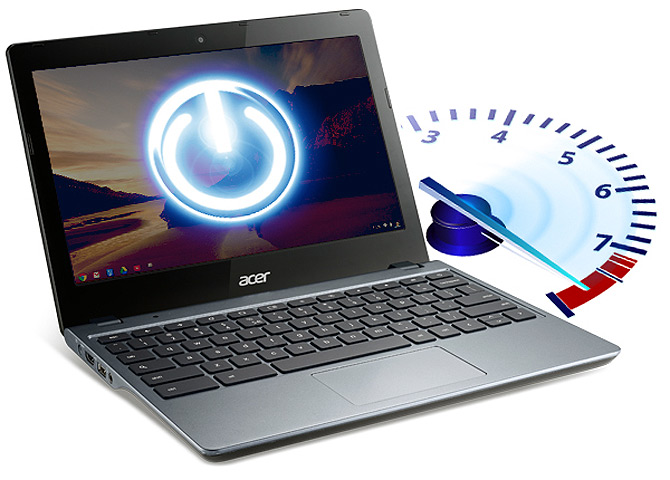 One can use Google Play Music to play songs on the hard drive or stream it on YouTube.

There are a few tasks one can do on the C720 offline, such as consume media available locally, edit documents and play casual games.

The 11.6-inch, 1,366x768 screen, while not the best to watch movies, will suffice for occasional YouTube videos and anything stored locally (or off an SD card). The colours do appear washed out in direct sunlight.

The speakers are loud enough to listen to music indoors, but one needs to plug in headphones if the ambient noise is too loud. The C720 comes with an HDMI port in case you want to attach it to your TV.

The device comes with a 16-GB SSD drive (10 GB available to users) and 100 GB on the Google Drive for two years. Because of a USB 3.0 port, one can transfer data between the C720 and an external hard drive in a jiffy. 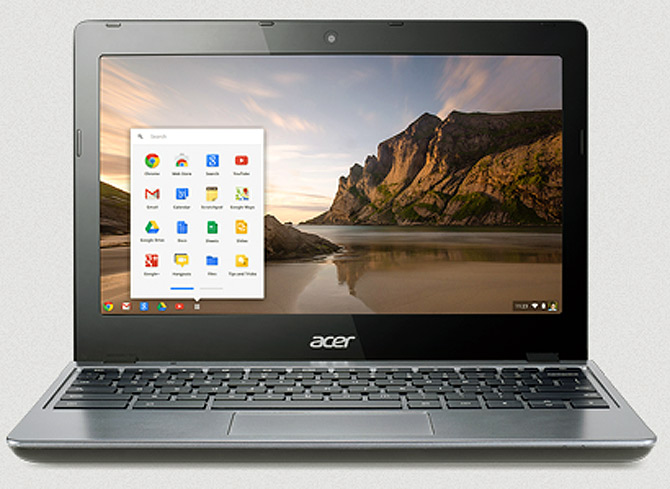 The review unit came with 2 GB of RAM, sufficient for the kind of tasks we did: Browsing, video calls (on Google Hangouts, not Skype), editing documents, videos, listening to music and casual gaming (like Angry Birds).

The C720 is powered by a 1.4 GHz dual core 4th generation Celeron processor. The Intel Haswell processor ensures there's no lag and consumes little battery. We were able to coax the device to run for eight hours. It helps that the C720 can be 'woken up' from sleep in a few seconds.

The Acer C720 Chromebook is targeted at those who want a lightweight netbook or a tablet to run productivity apps. It won't replace your regular notebook.

It straddles the gap between your tablet and notebook. If it had an SIM slot for data, I would have probably gone in for it, instead of an iPad plus keyboard combination, which costs double.