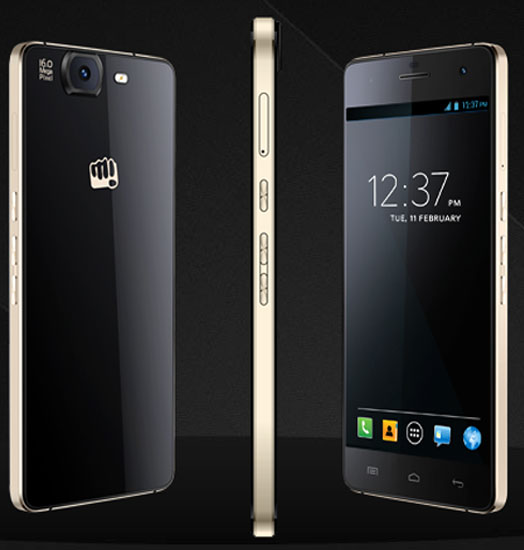 The battle for budget smartphones just heated up, with Micromax revealing the Canvas Knight A350 at Rs 19,999 with a splash of latest features and remarkable specifications. This smartphone is promising in every way and its impressive package might even be the next technology breakthrough since the Galaxy Notes and S4.

The good thing about this phone is that it impresses you right from the moment you lay your eyes on it, with the design and looks almost similar to that an iPhone 5s. It is sleek, stylish, light-weighted and as the device genre boasts, ‘smart’ indeed.

Canvas Knight A350 gives a soft, smooth back with a graphite-like frame, inspired by the iPhones.

Canvas Knight boasts of a uni-body design with metal rim around the edges and glassy finish on the rear-side giving a true premium feeling. It has micro-SIM slots on both sides that can be accessed by a pin but provides no space for a SD card.

Its power button too is placed on the right side with the volume buttons, unlike other models, to which fingers take time to adapt. Its full-HD (1920x1080p IPS screen size is decently large, but that doesn’t pose problem in holding.

The Canvas Knight A350 flaunts a 2.0 GHz Tru Octa-core chipset manufactured by Taiwan based MediaTek. It is supported lavishly by 2GB RAM and 32GB inbuilt storage. However, it doesn’t house a microSD slot.

It delivers well in terms of speed and power, and its battery performance is definitely better than its contemporaries. The smartphone is powered by Android 4.2.2 OS.

Thanks to the Octa-core processor and the vibrant HD screen, hi-end games such as Dead Trigger2, Real Steel WRB, Asphalt 8 provide a high FPS and lag-less gaming experience. 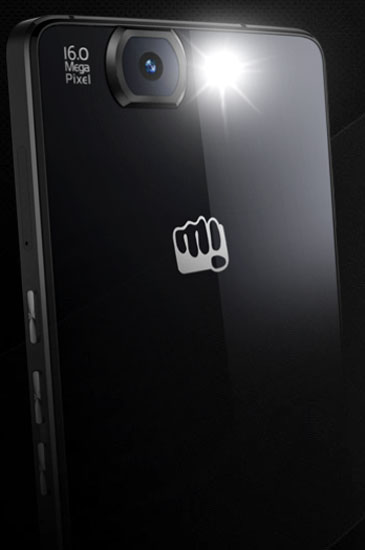 Giving other smartphones in the market a stiff competition, Canvas Knight harbours with an edgy Bluetooth v4.0 which implies faster file transfer and incredibly smooth PC tethering. The device also caters to all net savvy users with high speed 3G and a portable Wi-Fi hotspot. 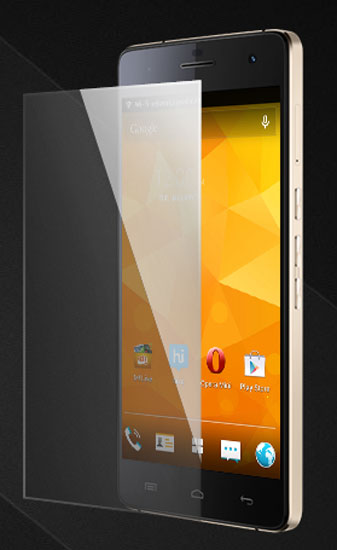 Although a smudge-resistant screen cover was desired, Micromax hits the right spot yet again with Canvas Knight. Loaded with all the right features, looking great and priced reasonably, Canvas Knight is all set to give other smartphones a run for their money.