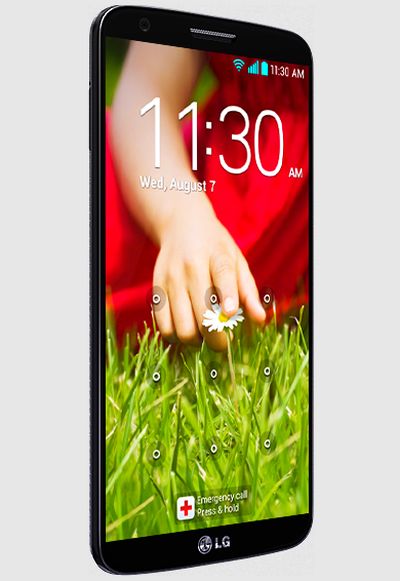 The phone comes with Qualcomm Snapdragon 800 Processor that is clocked at 2.26GHz and a 2GB RAM. It has a crisp 5.2-inch Full HD display.

The unconventionally designed phone has moved the volume rocker and power button on the back cover below the camera.

Click NEXT to read more features of the smartphone… 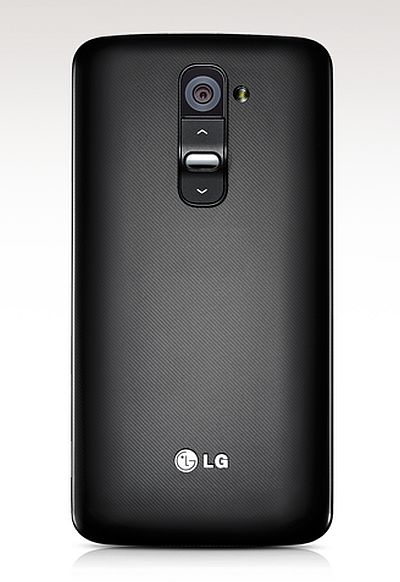 The LG G2 shifts the paradigm in smartphone design by placing all the buttons on the rear of the device, making this the first smartphone to be completely devoid of side buttons.

LG says that the unique Rear Key concept came from the realisation when studying users that the larger the phone became, the more difficult it was to properly access the side keys.

Moving the main buttons to the back of the phone gave users more control since this place was where individuals’ index fingers are naturally located.

Click NEXT to read more about the phone’s unique design… 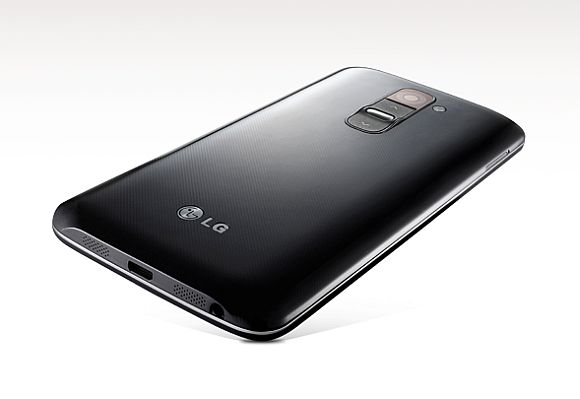 LG claims that moving the buttons also resulted in fewer dropped phones when adjusting the volume while talking.

If you press the volume key at the back it launches QuickMemo and the camera, making note taking and photo capturing easier than before.

And if the LG G2 is lying on a surface face up, there’s no need to lift the phone to access the power button on the back. With KnockON, the LG G2 can be powered on simply by tapping twice on the display. 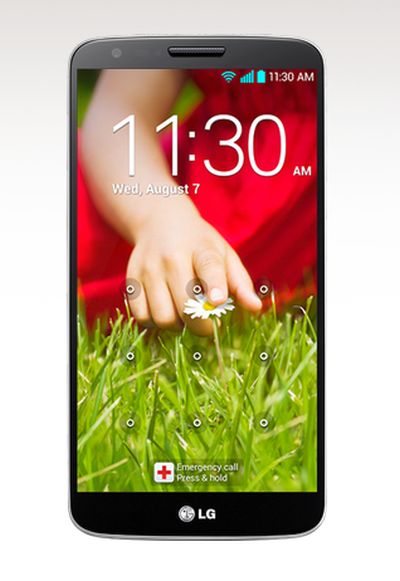 In addition to the expansive viewing experience, LG’s innovative Dual Routing technology reduced the phone’s bezel to a mere 2.65mm on the side edge.

GRAM reduces the display’s energy use by up to 26 per cent on a still frame and increases overall usage time on the device by approximately 10 per cent.

The phone is powered by a generous 3,000mAh battery that would still have good amount of juice left after a heavy usage through the day. 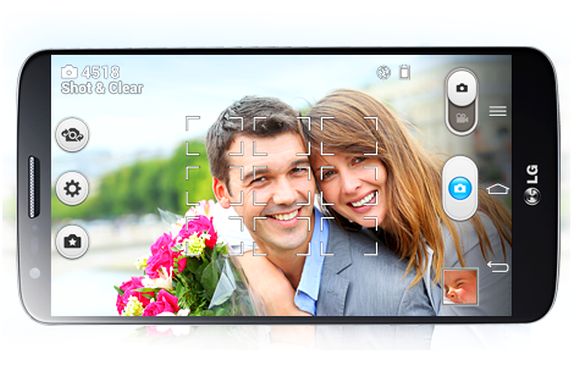 LG has incorporated Optical Image Stabiliser (OIS) technology that we have seen in Lumia 1020.

It prevents blurring of photos and videos, allowing for clearer, brighter and sharper images even when in motion or shooting in dim environments.

Most current smartphone cameras with OIS offer resolution in the 4MP to 8MP range. LG has, however, added a 13MP camera.

One more new feature that the camera includes is multi-point AF like a standalone digital camera that helps to keep picture in focus.

Click NEXT to read about the sound quality and software features… Answer Me: This feature automatically answers the call after lowering the ringtone when the phone is raised to one’s ear.

Plug & Pop: Recommends options or related features to choose from when the earphone or USB cable is detected.

Text Link: Allows information embedded in text messages to be selected and easily saved in a memo or calendar and searched on a map or the internet.

QuickRemote: Not only can LG G2 be used to remotely control popular home entertainment devices, it can also learn from conventional remotes and be customised to operate multiple devices with flexible layouts and keys.

Slide Aside: Enables easier multitasking by simply “sliding” open apps off to the side using a three-finger swipe.

Guest Mode: Protects owner’s privacy by displaying only pre-selected apps when guests access the phone with a secondary unlock pattern. 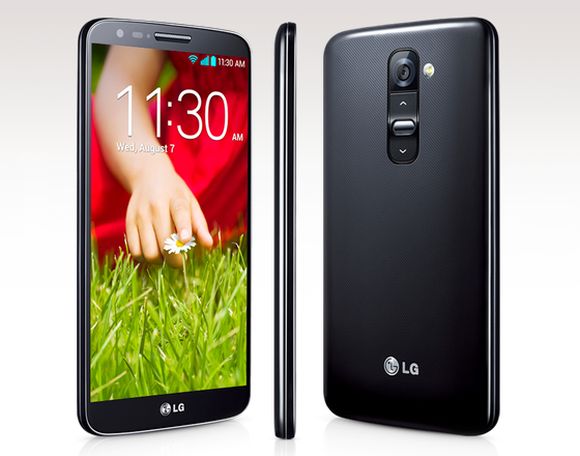