Next
BS Reporter in Mumbai/ Bangalore

Also on Flipkart’s to-do list is getting people from the Silicon Valley on its rolls; another 1,000 engineers will be hired this financial year to take the employee base to around 15,000. 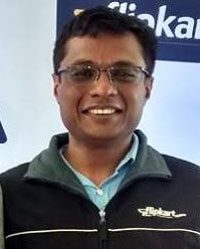 For Flipkart, India’s largest internet company by estimated market value, billions seem to be multiplying fast. Soon after announcing a $1-billion fundraising, the biggest so far by an e-commerce company in the country, Flipkart founder & chief executive Sachin Bansal (left) on Tuesday said the next target for his company was entering the $100-billion valuation club.

That might appear a grand ambition for a company whose estimated valuation after its latest round of funding is $7 billion, but Bansal is sure about it. He, however, does not give a timeframe: “The $100-billion valuation goal could be achieved in five, 10 or 15 years,” he says, in a matter-of-fact way.

Also on Flipkart’s to-do list is getting people from the Silicon Valley on its rolls; another 1,000 engineers will be hired this financial year to take the employee base to around 15,000.

“India is set to have many $100-billion companies and Flipkart could be one of those. We are ready to do what it takes,” Bansal says, describing the aspiration of Flipkart, an online bookstore that he had co-founded along with Binny Bansal (not related to Sachin) seven years ago.

The company has now diversified into multiple categories, such as fashion, accessories, electronics and lifestyle; the latest is adult well-being. Automobile is perhaps the only area it does not plan to enter.

The casually-attired duo, batchmates at the Indian Institute of Technology (IIT) before working together at Amazon, on Tuesday made the mega fundraising announcement at Paparazzi, a restaurant in Bangalore’s business district. This was followed by back-to-back interviews and conference calls.

The Bansals refused to reveal their stake in Flipkart after the latest funding. But they cited the example of founders of global new-age companies to drive home the point that the amount of stake held did not decide one’s vision for the business.

“Alibaba’s Jack Ma or Apple’s Steve Jobs had single-digit stakes in their companies.” Making a difference is what matters, Sachin Bansal added. Asked about the board positions occupied by Nasper and Tiger Global representatives, they said the founders and the management, and not investors, were operating Flipkart. They clearly did not want to give divulge the composition of the board. 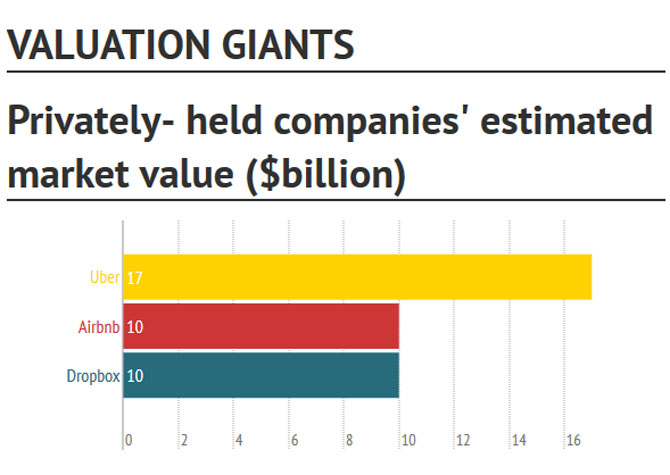 The latest round of investment for Flipkart was led by the existing investors — Tiger Global Management and Naspers. Singapore’s sovereign wealth fund GIC is the new investor. Other existing investors like Accel Partners, DST Global, ICONIQ Capital, Morgan Stanley and Sofina also participated in the $1-billion funding.

The company has raised around $760 million (though not all of that was announced formally) in the past seven years; and, with the latest funding, the total goes up to $1.76 billion.

Specifically on IPO, the founders on Tuesday said they had not thought of a listing yet. “We have quality investors; we don’t need to go for an IPO. The investors are not in a hurry. An IPO will happen when our business model has stopped evolving,” said Sachin Bansal. Flipkart’s profitability is another matter the founders ducked. They maintained profitability was not a short-term goal for the company.

With a thrust on ‘building the ecosystem for e-commerce’ and ‘looking for ‘strategic acquisitions’, Flipkart will go all-out to aggressively expand its user base and supply chain. The company is eyeing key acquisitions in payments, logistics and vertical categories. Payment and building seller ecosystem will be another key focus area.

“The company will shape the market and ecosystem for e-commerce in India. We will build our supply chain in villages and towns and acquire new talent. A lot of people from Silicon Valley will be coming back to join us,” said Sachin Bansal.

On the threat from Amazon in India, he said the company was not worried about the competition. As Amazon expands in the country, Flipkart is readying itself to face the challenge, and the $1-billion funding might be a step towards that.


Image: Profitability was not a short-term goal for the company.
Photographs: Courtesy, Flipkart/Facebook

With its valuation at an estimated $7 billion, analysts are now comparing Flipkart with global internet companies. San Francisco-based online taxi dispatch service Uber had raised $1.2 billion, pushing its valuation to about $17 billion.

This was the largest-ever valuation for a venture capital-backed company, according to a Guardian report. Similarly, Airbnb, an online service for people to rent lodging, closed its latest round of funding with $500 million, taking its valuation to $10 billion, according to industry estimates.

Dropbox, an online free service for sharing photos and documents, is estimated to be valued at over $10 billion.

The current valuation of companies like Whatsapp, Facebook or Flipkart, according to Technopak India chairman Arvind Singhal, cannot be understood on the old paradigms of physical assets. “These are more about the changing face of the market, which, by becoming digital, is increasing their reach and ability to shape consumer behaviour.”


Image: With its valuation at an estimated $7 billion, analysts are now comparing Flipkart with global internet companies.
Photographs: Courtesy, Flipkart/Facebook

Fundraising announced by Flipkart so far:

2014
May: $210 million from DST Global and existing investors