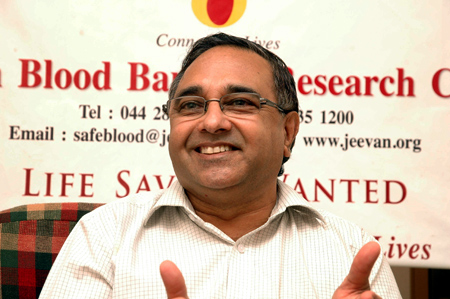 There are many who run from pillar to post for a bottle of rare blood at least once in their lifetime.  Helping people in such distress is a doctor in Chennai. Giving blood free of cost to the needy is his life's motto.

Winner of this year's TiEcon award for Social Entrepreneur of the Year, Dr P Srinivasan, is the Chairman and Managing Director of Jeevan Blood Bank and Research Centre.

He started Jeevan Blood Bank with the sole intention of giving uncontaminated blood to those in dire need. He has also started a not-for-profit public stem cell bank, again to offer it free for the needy.

Here is the story of Jeevan Blood Bank.

Journey of a doctor

I had decided that I would work only in India, as in the early 70's when I studied medicine in the Government Medical College, all I spent was Rs 1,200 for my entire medical education.

I feel I used public money to study medicine and hence I had a responsibility to the public.  I started working on 1 January 1981 in a 100-bed hospital in Chennai. 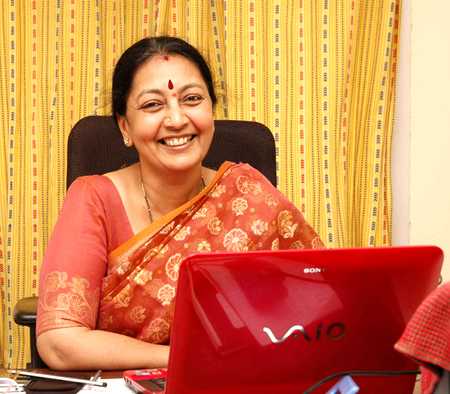 Medicine and technology were not married in the early and late 80s. Perhaps, it happened only in the 90s.

Some of the young people with whom I had worked asked me, why don't you start a laboratory? As a physician, I know the importance of a good lab.

They also told me they were willing to be a part of the venture and also ready to wait to be paid till I make money. That was the beginning of my entrepreneurial journey in medicine.

I started Lister Laboratory on 6 June, 1985 with Rs 2 lakh, most of which was borrowed. Any entrepreneur can have a dream but for the dream to be a reality, you need a good partner in the venture to walk with you and the right team to help you visualise the dream.

A young microbiologist, Dr. Saranya Narayan joined us and in no time took over the operational part and I took care of the administrative part. She was to be a part of my entrepreneurial journey throughout.

We grew rapidly by 10-15 per cent a year, and in the next ten years, we became a brand trusted by people.

Idea of a blood bank

In 1992, Dr. Saranya asked me to look at a piece of paper. It showed the number of tests done month wise for HIV, Hepatitis B and C. Number of people tested positive were unbelievably high and most of them were over 55 years.

Then, she showed me another statistics; that 80 per cent of them had had a major surgery in the last one year and had blood transfusion.

She further said that we needed to find an answer to the problem and that according to her was a blood bank. So, it was Dr Saranya who put the seed behind the idea of starting a public blood bank.

However, a few incidents took place in 1994. 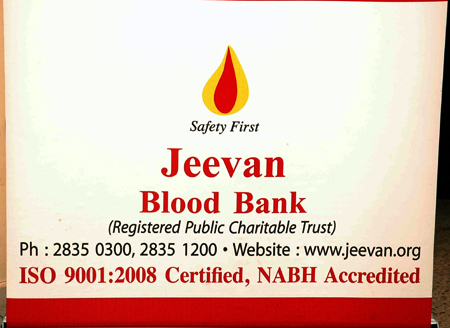 One day in the evening I got a call saying that a freedom fighter after an operation was bleeding and needed A+ blood. I rushed with a friend of mine. I didn't disclose that I was a doctor but I was not happy with the way the hospital treated a blood donor.

The second incident was, a two year old was brought for testing HIV. The child was born 7 years after marriage. Before his wife became pregnant, she had a kidney problem and she contracted HIV virus through blood transfusion. She died at childbirth and unfortunately, the child also was born HIV+.

The third incident happened on December 31, 1994. Dr Saranya asked that evening, when you go home today and if you are hit by a bus, where do you want your blood to come from? You may not be able to tell. Think about it and tell me.

That question hit me hard. It was then that I decided to go ahead with the project of starting a blood bank.

I always say, social entrepreneurship is all about being hit on the pain spot that what affects others is also going to affect you.

At 6 a.m. in the morning, I called Dr. Saranya and said we would start a public blood bank, a not-for-profit organisation.

It took 9 months and 24 days for Jeevan Blood bank to come to life, like a baby. We borrowed around Rs 25 lakh (Rs 2.5 million) but I must say getting donations out of the people of Chennai was a big task.

But what touched me was, when I mentioned what we were going to do to the carpenters, plumbers, electricians, etc, all of them said they would work for free as it was for a social cause.

I think that if you believe strongly about something, take the plunge and make it a reality. 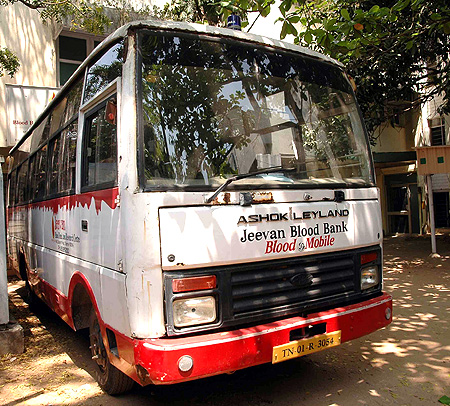 We wanted Jeevan Blood Bank to provide the safest blood components. We will do evidence based transfusion. Blood would be free or affordable and blood donation would be 100 per cent voluntary.

Nobody needs blood in totality. Blood which is collected is stored as components; plasma, blood platelets, red cells. When we separate the blood into its components, its shelf life is increased.

When someone comes for blood to Jeevan, it's for that person to decide whether he wants to pay or take it free. No questions are asked.

People who cannot afford to pay, take it free while some people pay us. After all, we started it for a public cause.

We became India's first blood bank with ISO ranking. That shows our commitment to quality though ours is a non-profit organisation.

In 2000, we were responsible for the government of Tamil Nadu issuing a GO to set up a satellite blood storage centre in hospitals and the first one of that sort was established in India, in Sundaram Foundation in Chennai.

We made the blood component available to them so that a lot of time was saved when someone needed blood.

On December 16, 2011, the government of India also issued a gazette notification and made it a national policy. I am proud to say Jeevan set the milestones in India. 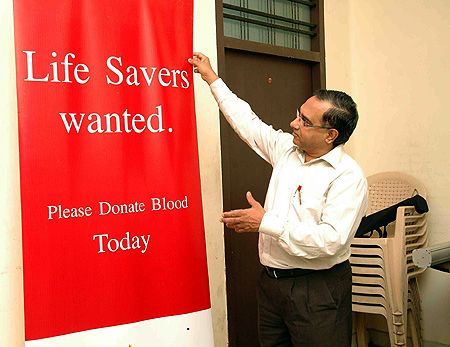 When Jeevan Blood Bank was celebrating its 10th anniversary, I noticed a larger problem that affected Indians globally. There was this young Indian in the US who had blood cancer. He could have been cured but unfortunately he died as he could not get sutiable bone marrow.

About 120,000 Indians are diagnosed with blood cancer every year and another 10,000 born with Thalassemia. These children need blood transfusion.

Over 60 per cent of children with Thalassemia and over 80 per cent of patients with blood cancer can be cured with bone marrow transplant. It has been happening across the world for over 25 years.

But Indians living abroad found it difficult to get matching donors there as match is ethnicity dependent.

We decided to set up a cord blood bank for people at large where we will accept cord blood cells, harvest them and type them for those in need. It is like the blood bank, free for people.

The investment required was around Rs 2 crore (Rs 20 million) but we said it was not for profit. If we have 30,000 cord blood cells, we find 7 out of 10 match. After all, 20 million births are happening every year in India. 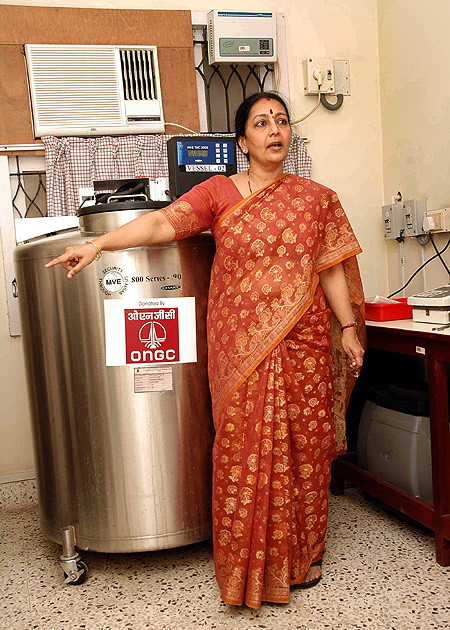 After the baby is born, the umbilical cord is cut. It takes another 10 minutes for the placenta to come out. At that time, with the same needle and bag used for blood donation, you can collect the left over blood in the placenta and umbilical cord. That is one of the richest sources of stem cells.

What we need is people's participation in this venture so that public benefits from the initiative. Only if we scale up, more people will get benefited from this.