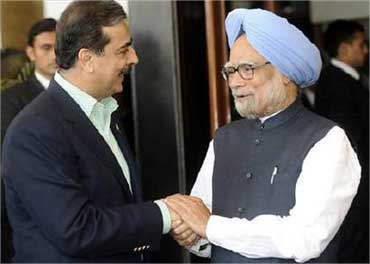 That apart, the commerce secretaries of the two countries are meeting this week for their first conversation since the Mumbai terror attacks of 2008.

It has been a season of conversations between India and Pakistan.

A scheduled meeting between the two home secretaries at the end of March was followed by an unprecedented appearance by Pakistan PM Yousuf Raza Gilani to watch the cricket match at Mohali with Prime Minister Singh.

The meeting between commerce secretaries Rahul Khullar and Zafar Mehmood on April 27-28 in Islamabad is expected to reacquaint each other over the state of their respective economies since the two sides last met in 2007. 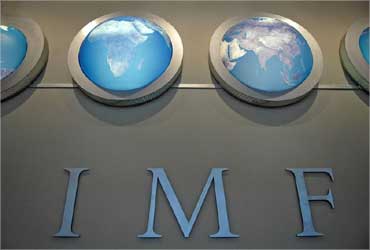 Pakistan's economy has been on a downward slide and only last week, the International Monetary Fund turned down a request by the Gilani government to release the sixth and last loan instalment from a total package of $11.3 billion pending since May 2010.

The Pakistani team returned empty-handed from the IMF talks in Washington DC around the same time that Pakistan's National Assembly censured its finance minister for saying that lawmakers were preventing the government from implementing tax reforms.

Abdul Hafeez Sheikh denied saying so but the fact remains that the IMF has warned Pakistan that if it doesn't take any remedial measures, its fiscal deficit may go up to six per cent of national income by the end of the year. 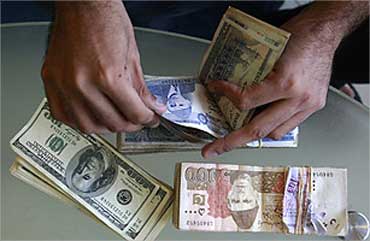 While India's deficit also averages 5.5 per cent, its growth rate at eight per cent far outstrips Pakistan's, currently an abysmal two per cent. Pakistan's inflation rate is touching 13-14 per cent.

Youth unemployment hovers at 50 per cent, there is less than five per cent investment in the public sector and the tax to GDP ratio remains 10 per cent.

With Pakistan's economy in such dire straits, it is clear the Gilani government needs to take a political call to not only initiate drastic reforms but normalise trade and economic relations with a growing economy like India. 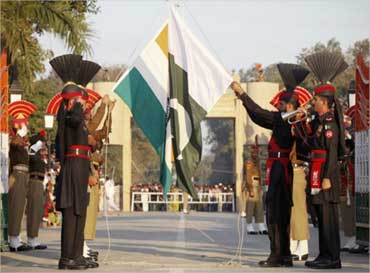 Certainly, India hopes the recent bonhomie between Manmohan Singh and Gilani will improve relations so that ordinary people from both sides are better able to communicate with each other.

The bitterness spawned by the Mumbai attacks in November 2008 only spurred the mutual condemnation and economic ties, fragile at the best of times.

Pakistan remains the only country in South Asia which for the past 20 years has refused to give India Most Favoured Nation status (the term for equality of trading opportunity), thereby violating its accession condition to the World Trade Organisation and holding up the Saarc Free Trade Area from being operationalised. 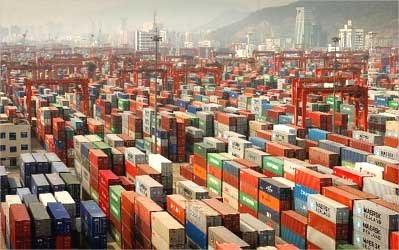 While MFN status is a mere courtesy between nations, Islamabad had earlier linked MFN with a resolution of the Kashmir issue and although bilateral ties have been transformed in the past two decades, it has never been able to find the courage to explain the change to its domestic audience.

Delhi's other major crib revolves around the 1,938 items on Pakistan's 'positive list,' again the only country in South Asia which has instituted such a list for India.

This means that Pakistan will import only those items on the list and not anything else. Of these, only a 100-odd items are allowed to be exported via Wagah/Attari.

Every other South Asian nation has a 'negative list' with each other, which means that each country protects certain sectors but opens the rest. Pakistan does the opposite.

Pakistan is likely to raise the imposition of non-tariff barriers by India on its exports to India, such as quality checking on the cement that India's Bureau of Indian Standards imposes, as well as the fact that India protects its own economy by not allowing Pakistan to export textiles and agricultural goods in large quantities.

Indian officials agreed on the condition of anonymity that the textile and agriculture lobbies at home prevented the political class from making any offers that may break the ice, even though any Pakistani imports would hardly constitute a drop in India's large textile market. 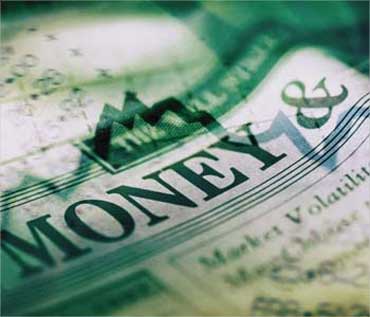 Clearly, a lack of continued political determination to improve relations will continue to stymie the economic relationship, though analysts say the prospects are extraordinary.

It is believed that Delhi could offer to connect Pakistan's electricity grid with India's northern grid, much as it has done with Bangladesh in the east and Sri Lanka in the south.

The ability to invert the status quo, by offering to improve economic ties and hope this will have an impact on political relations, is clearly something Prime Minister Manmohan Singh holds dear to his heart.

It remains to be seen how successful this gambit will turn out to be.