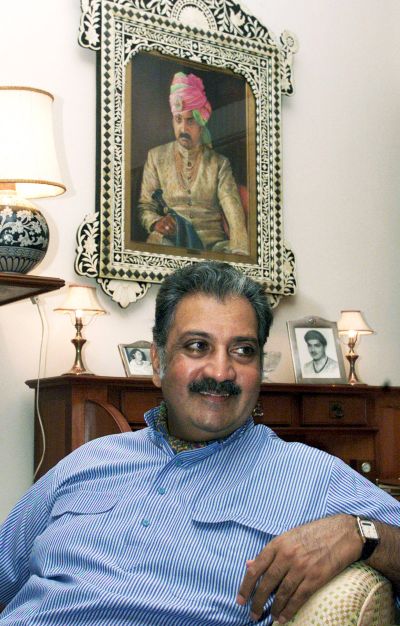 When Gaj Singh II, head of the Rathore clan of Marwar - Jodhpur to you and me - came back from England in the 1970s, it was to a near-penurious existence, which might be laughable if he didn’t own properties worth thousands of crores even then, including the world’s largest residence, Umaid Bhawan, which ironically had been commissioned by his grandfather as a famine relief project and had taken 16 years to build as a rival to the viceregal palace in New Delhi.

Bapji, as he is fondly called, recalls the family grocer’s reluctance to extend further credit till his previous accounts were cleared.

Apocryphal? Probably not, considering the royal family had a staff of hundreds who needed to be fed and kept healthy. 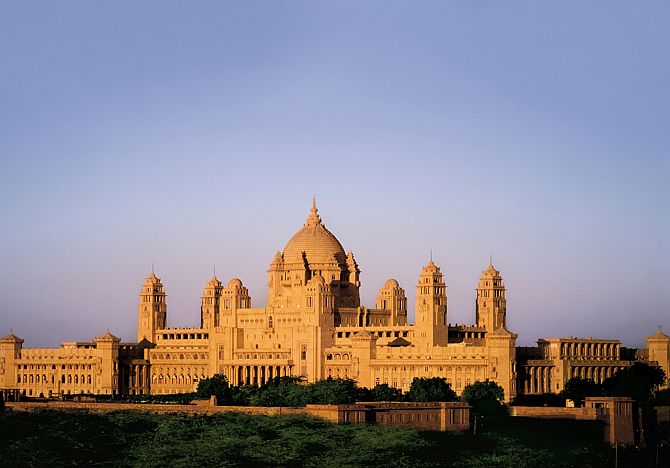 Old retainers couldn’t simply be retired - their ancestors had served the royal family for generations - but the abolition of the privy purse had rendered the princes almost broke and sent them flogging the family silver for, literally, a song.

Bapji, instead of setting up a nostalgia shop, decided to consolidate and put his ancestor’s palaces to work as tourist lode, converting them into museums and hotels, thereby following in the footsteps of former worthies from Jaipur and Udaipur.

An income and a lifestyle were assured, even if it meant hobnobbing with the gauche nouveau riche. 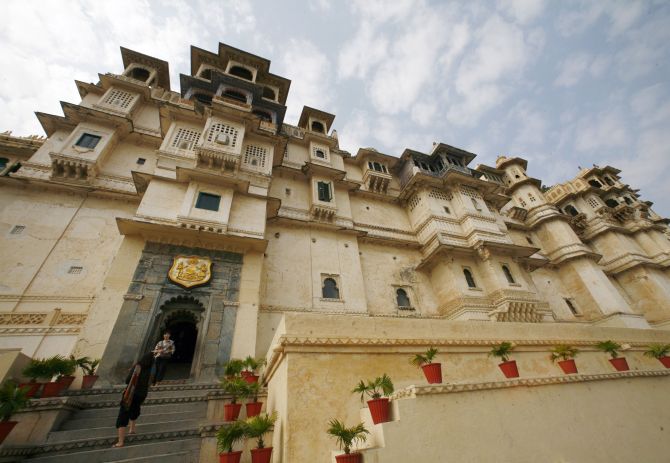 Not many made the transition as smoothly. Absolute monarchs of their realm, Independence left them almost orphaned; the Land Ceiling Act ate into their incomes; the cessation of the privy purse saw their wealth melt away, as ephemeral as a mirage on a summer afternoon.

What were they to do but hock their baubles and vintage garages they had so carelessly collected, among them the most glittering gemstones, the most flawless diamonds and emeralds, the most expensive pearls known to mankind.

Even then, they might have made rich businessmen had the transition from princes to gentlemen traders been an extended one, but the surgical cut left most of them floundering.

Tourism was a saviour, but there wasn’t then an incredible interest in India as a destination, nor was there the infrastructure. 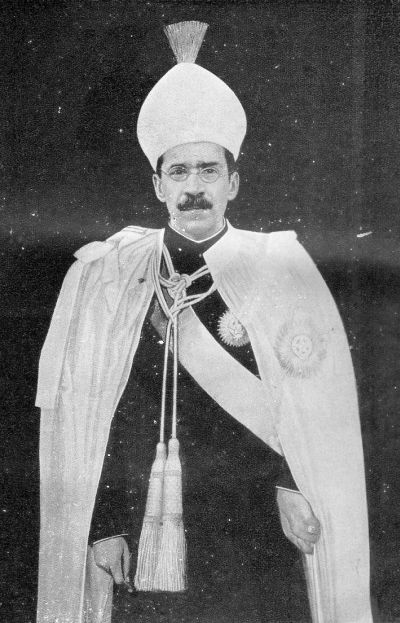 The chains - Indian and international - came later, by when most former princes had been reduced to genteel poverty.

It was almost an epic tragedy. Mir Osman Ali Khan was worth an inflation-adjusted $236 billion, the world’s wealthiest person at the time of his death in 1967 - and popularly a miser who darned his own socks, though he had ruled over a kingdom the size of England and Scotland combined. In 1948, Hyderabad had an annual revenue of £90 million.

Famously, the Nizam had used the Kohinoor as a paperweight, and the Mirror noted that “he had 86 mistresses, 100 illegitimate sons and employed 38 staff to dust palace chandeliers”.

His son and heir Mukarram Jah, now in self-imposed exile in Istanbul, fled debtors in Hyderabad, leaving behind palaces and trucks laden with gold and jewellery, but with enough loose change to buy himself an estate in Australia the size of a country that he wanted to farm, but misplaced love affairs, alimony and a disorganised business left him almost penniless - relatively speaking, of course. 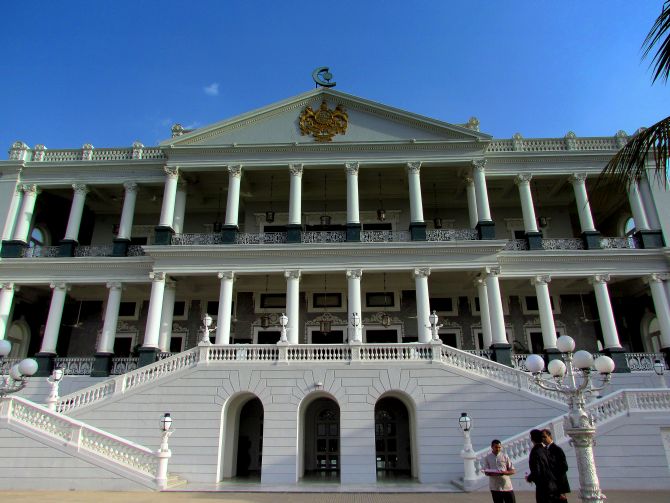 His first (ex-) wife has attempted to create some order in the chaos of Hyderabad, restoring FalaknumaPalace to a state of grandeur and running it, with the help of the Taj Group, as one of the most unique heritage properties in the world, though it will be many years before it can turn a profit.

But profit is a dirty word in the royal lexicon. The royal families were patrons, not peddlers of exotica.

If the maharaja of Kapurthala was a Francophile with a love of architectural wonders, neighbouring Patiala had an extravagant taste for jewels. 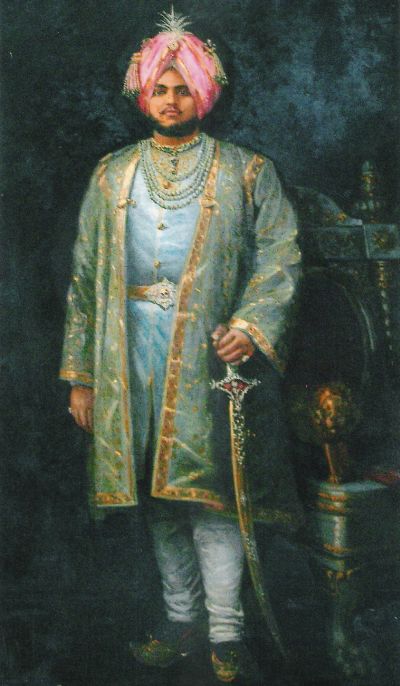 Alain Boucheron wrote in his biography of the house of Boucheron, The Master Jewelers: “The flamboyant Maharajah... arrived at Boucheron’s in 1927 accompanied by a retinue of 40 servants all wearing pink turbans, his 20 favourite dancing girls and, most important of all, six caskets filled with 7,571 diamonds, 1,432 emeralds, sapphires, rubies and pearls of incomparable beauty.”

In Baroda, the maharaja commissioned a seven-strand necklace consisting of 330 pearls, two strings of 68 pearls of which was auctioned in 2012 for $7.1 million, making each pearl equivalent to Rs 58 lakh, placing a total value on the seven string necklace at Rs 165 crore - the world’s most expensive pearl necklace.

Similarly, a diamond necklace commissioned for the royal family and modelled for Maharani Sita Devi consisted of the exceptional Brazilian Star of the South diamond purchased for £80,000 and the English Dresden for £40,000. 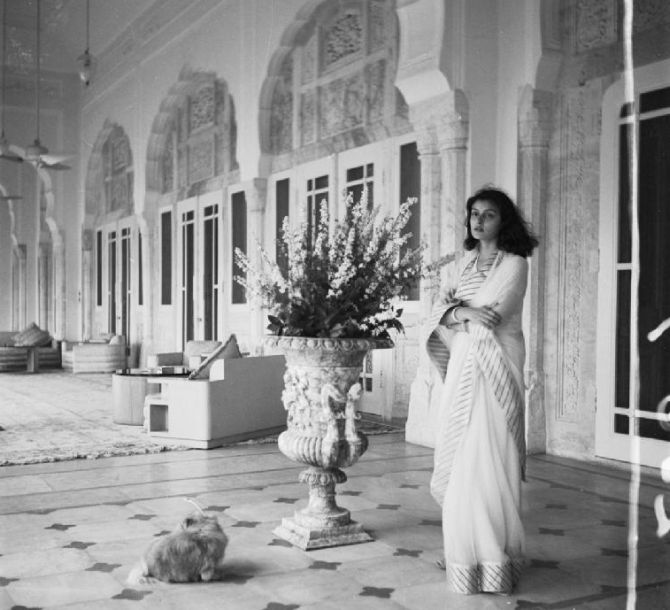 Maharaja Ganga Singh of Bikaner, who had commissioned his glamorous Lallgarh Palace in 1901, was a selective collector of suits and jewels, but neighbouring Jaipur was cut for style.

When Maharaja Man Singh married his third wife, the fetching Ayesha aka Gayatri Devi, the RambaghPalace was restyled by the leading designers of London.

But it was his first two marriages to Jodhpur princesses that had won him an extraordinary dowry - the polo team of Jodhpur! 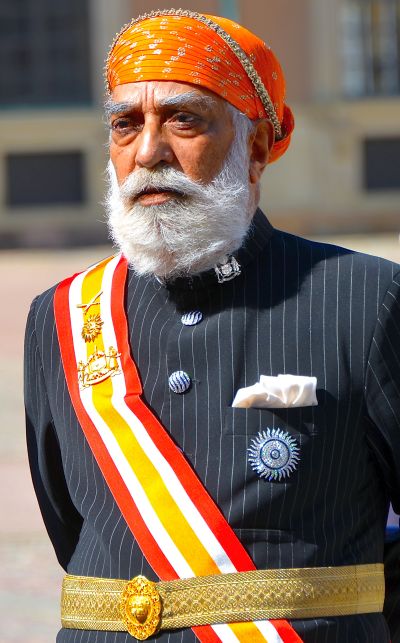 Making the transition to the merely wealthy for the royals was difficult enough, but how were they to live in the style to which they were accustomed?

Princesses, wives and dowagers disappeared to the Riviera where the pawn shop kept some in champagne and caviar. Back home, the race horses and palaces were in decline.

Without active sources of income, the dazzling maharajas ceased to shine. Socialist India mocked their extravagance.

Fights over inheritance became commonplace, most famously when the princes of Udaipur went to court for control over the vast estate of palaces and LakePichola, currently residing with the younger Maharana Arvind Singh. 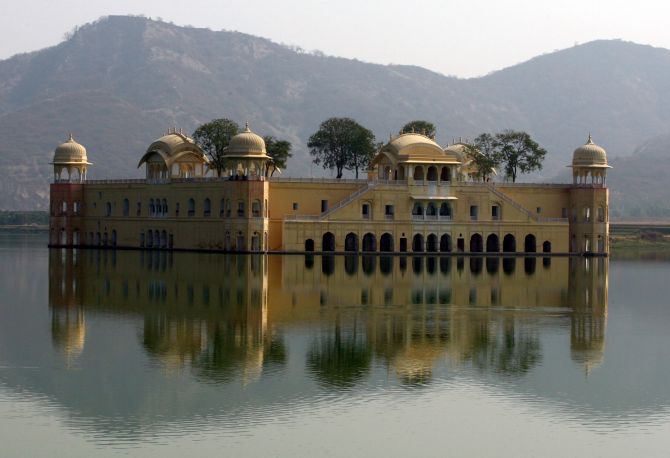 Image: A general view of the "Jal Mahal" also known as "Water Palace" is seen in Jaipur.
Photographs: Vijay Mathur/Reuters

Maharani Gayatri Devi’s will made allowance for her estranged Thai daughter-in-law and grandchildren from her late son Jagat Singh.

How wealthy are India’s former royals? They may not make the billionaire lists because their wealth is impossible to calculate, but you can be sure their legacy places them among India’s richest - a phrase they would term crass - when property alone could fetch them, well, an emperor’s ransom. 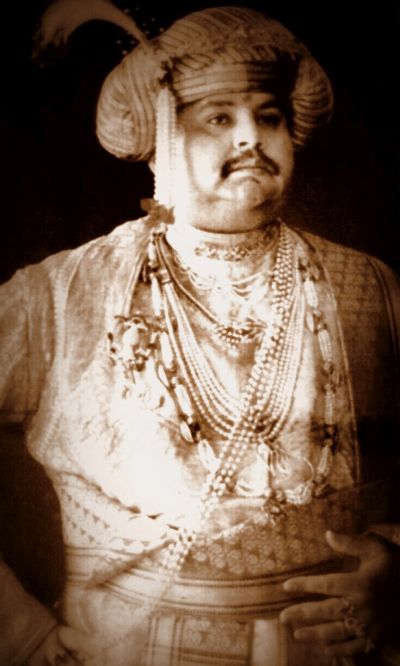 But calculating it might be trickier than imagined. The royal head of Mysore had declared a value of a mere Rs 1,522 crore (Rs 15.22 billion) ahead of the 2004 Lok Sabha elections.

Consider the worth of the BangalorePalace and Mysore’s Lalitha Mahal, and you’ll realise how much the recently deceased Srikantadatta Wodeyar was worth, despite his attempt at a middle-class career as a fashion designer.

As for the Lalique tables, the Dresden collectibles, the Cartier, Boucheron and Van Cleef and Arpels jewels in the personal toshakhanas of others, the pricelessness of their miniature art collections and the historicity of their heirlooms, they constitute an Aladdin’s cave of incalculable riches. 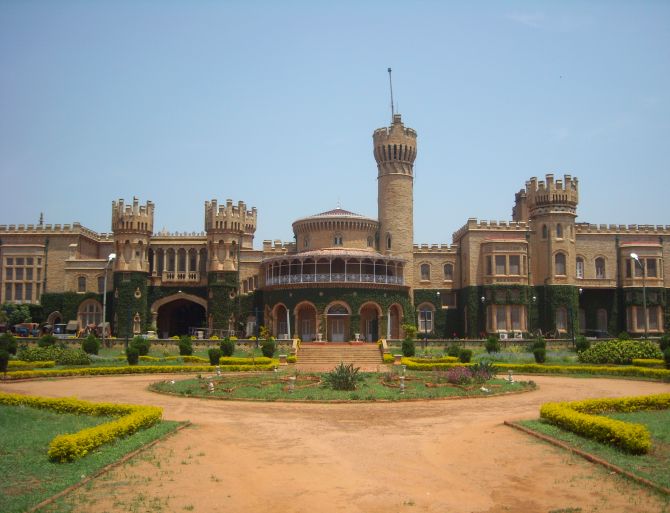 Can they sell it? The might of the Indian government had stopped the sale of the Nizam’s collection of jewels, claiming it a national treasure, but if the pearl carpet of Baroda that fetched $5.5 million at an auction in 2009 is any indication, the princely families are inheritors of a fabulous fortune.

The business of tourism that keeps them in clover is, then, merely a silver lining that legitimises their lifestyle and gives them a running income. And then some.