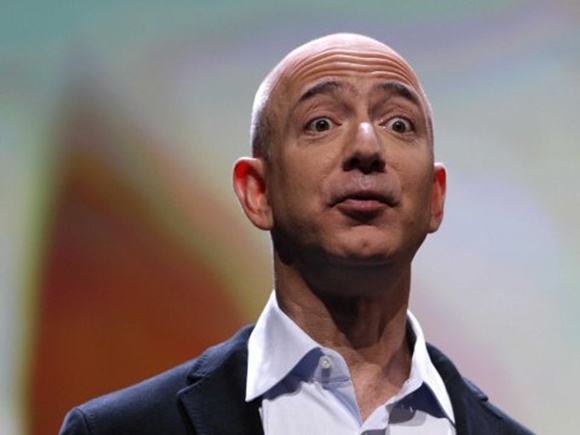 Jeff ‘Amazon’ Bezos’ $250-million purchase of the iconic Washington Post last week has sparked a debate on why billionaires are buying into a medium that is staring at irrelevance, if not death.

Earlier in August, John Henry, owner of the Boston Red Sox, bought The Boston Globe and its websites for $70 million.

In the 15 months that ended in December 2012, Warren Buffett’s Berkshire Hathaway bought 28 newspapers for $344 million.

And he is still buying.

Everything from the desire to do something for iconic newspapers to the need to wield influence has been touted as a reason for this love of print. 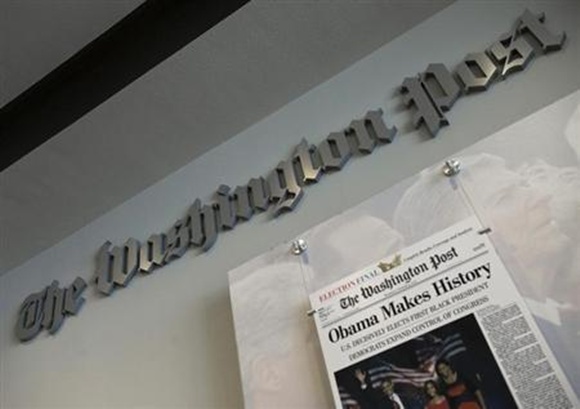 Image: A view of the lobby of The Washington Post Company headquarters in Washington.
Photographs: Jonathan Ernst/Reuters

Mr Bezos and the others may or may not love print. But the buying spree tells you two things: that history repeats itself and that the Indian print industry is phenomenally unprepared for a similar future.
Take the first.

The Curse of the Mogul, a 2009-book, establishes that in the 10 years that ended in 2005, four of the largest media corporations -- News Corporation, Viacom, Disney and Time Warner -- delivered average returns of 2.5 per cent to shareholders compared to the S&P average of nine per cent for other American companies.

It’s not just newspapers; every part of the media business offers suspect returns. 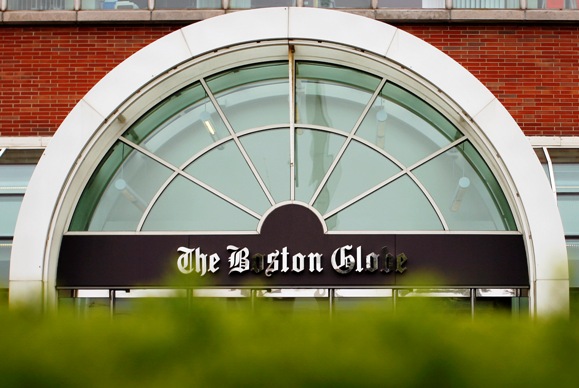 Image: The Boston Globe's logo is seen at the entrance of the newspaper's building in Boston, Massachusetts.
Photographs: Brian Snyder/Reuters

But there is never a paucity of investors, especially rich businessmen, who find film studios, newspapers or TV stations glamorous, interesting, challenging, or simply want them as a trophy.

This has been true for centuries.

In the last two and a half centuries that newspapers have been around, they have usually been supported by rich men who have money to spare.

For example, many newspapers in India -- Malayala Manorama, The Indian Express, The Hindu, Anandabazar Patrika, among dozens of others -- came up during the struggle for independence.

Several of these newspapers were funded by business families with nationalistic instincts.

In the dismal decades following Independence, there was no way many of these newspapers would have survived if they weren’t being bankrolled by benevolent businessmen. 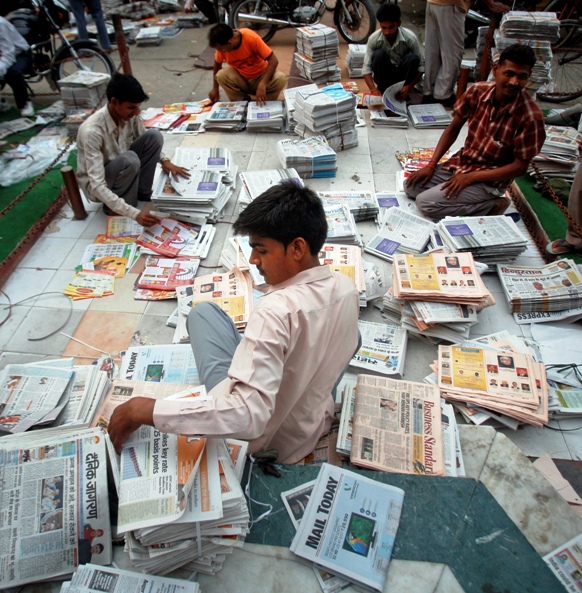 Image: Distributors sort through newspapers before selling them during early hours in Noida.
Photographs: Parivartan Sharma/Reuters

Throughout the ’60s and ’70s, the big achievement for any publisher was to get the paper out every morning; making money from it was unheard-of.

Every few months, publishers had to apply to the Registrar of Newspapers for India for newsprint quota, of which only 30 per cent could be imported.

The rest had to be bought from domestic producers who sold poor-quality newsprint at imported prices.

There were arbitrary levies on newsprint, a wage tribunal that mandated salaries, and 100-150 per cent duties on machinery.

After liberalisation, the first rays of hope -- investment and professionalisation -- came into the business.

When foreign direct investment norms were liberalised in 2002 and then in 2005, print started seeing growth.

Tags: Registrar of Newspapers for India 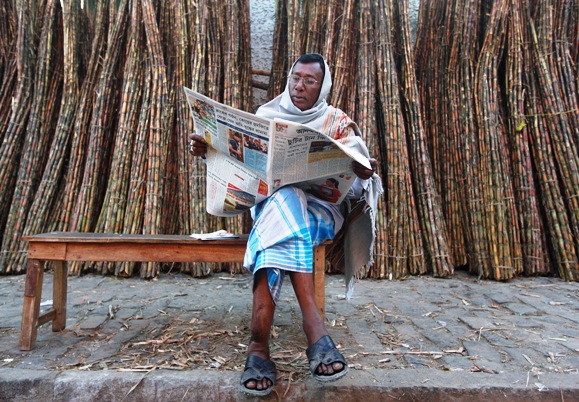 The Indian newspaper industry is currently the second largest in the world and one of the fastest growing.

It is also the most profitable part of the Rs 83,000-crore (Rs 830-billion) media and entertainment industry.

They also include competing in a market in which all media -- TV, digital, radio -- is booming simultaneously.

And that brings us to the second, arguable, takeaway from what is happening in the United States.

In the US, newspapers had a free run for decades before television came. 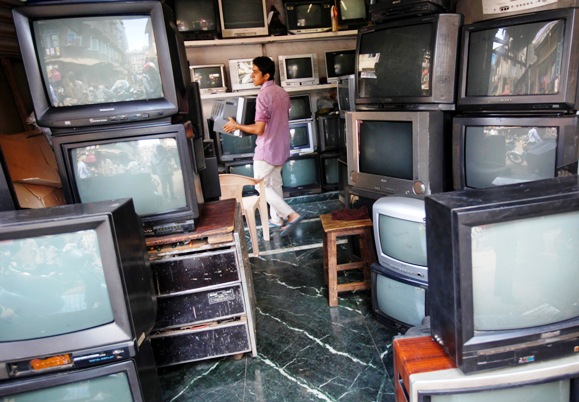 And many of the rich families that owned the papers found some merit, and money, in professionalising operations, taking their papers public or scaling up nationally.

What you are seeing in the US now is the result of the natural evolution from print to television to digital.

As readers move online, the circulation of paid-for newspapers has fallen and revenues and operating margins have halved in the last decade.

So irrespective of ownership -- a mix of rich families, corporations and trusts -- the newspaper business in the US is imploding as a result of a tectonic shift in the market.

With robust organisations, double-digit profits and a paying consumer, the US newspaper industry has been annihilated over the last decade.

Where, then, does that leave Indian newspapers? 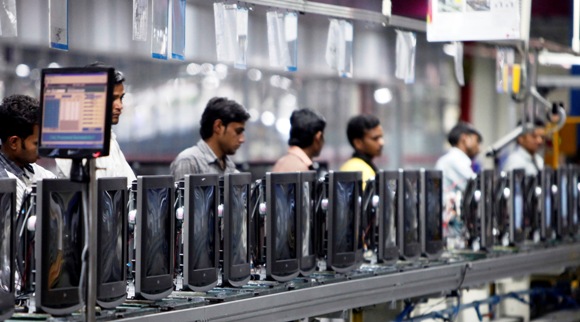 In a double-digit growth market where digital penetration is one-third of newspapers, the latter has had a field day so far.

In the coming decade, digital media’s double-digit growth will propel it to higher numbers compared to the print media.

Television, which reaches twice as many people as the print does, already takes away an equal share of advertising revenues.

Digital media will do that and more.

And all this is happening in a phase when the Indian print media is just beginning to grow.

For most Indian publishers, digital media accounts for anywhere between three and five per cent of revenues, and maybe it is a speck on their attention spans.

Their focus remains, not wrongly, on building scale across India.

The massacre, if there is one, is more than 10 years away.

But given the shape of the Indian economy currently, it is moot how many billionaires, with the money and willingness to buy ailing titles, will be around by then.