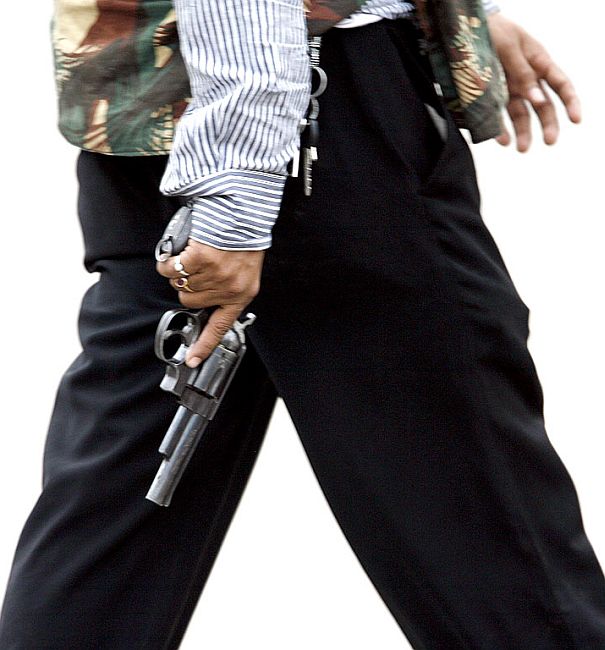 Growth and expansion of business has little or no possibility in UP, especially when the government is involved or policy changes are needed.

Agarwal is an unusual businessman. He has a degree in Physics, is a dropout from BITS Pilani but has an MBA and a law degree from LucknowUniversity.

He runs the Tata Motors dealership for UP and used to be a dealer for Bajaj for nearly 20 years – till he quit because Rajiv Bajaj “did not keep his word”. 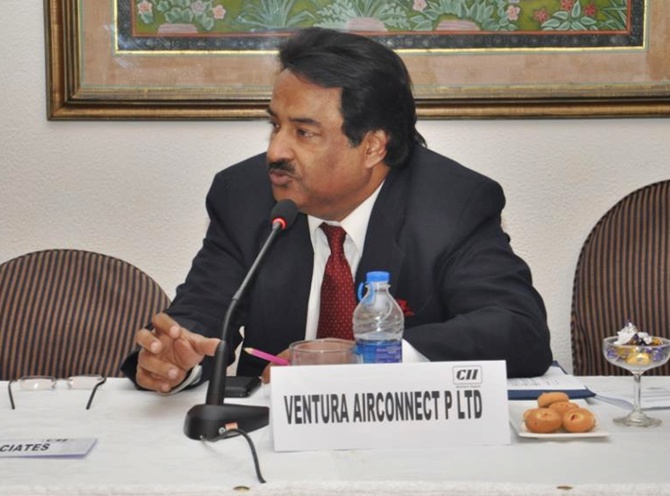 That happened six years ago when some armed men came to his showroom on the pretext of buying a car and tried to drive away with one without paying for it.

Agarwal says when he began the car dealership business, this used to happen on a routine basis. “It has come down now – but also because we’ve learnt to fight back,” he said.

According to the Association of Democratic Reform, (ADR) UP has more alleged criminals in its administration than any other state. 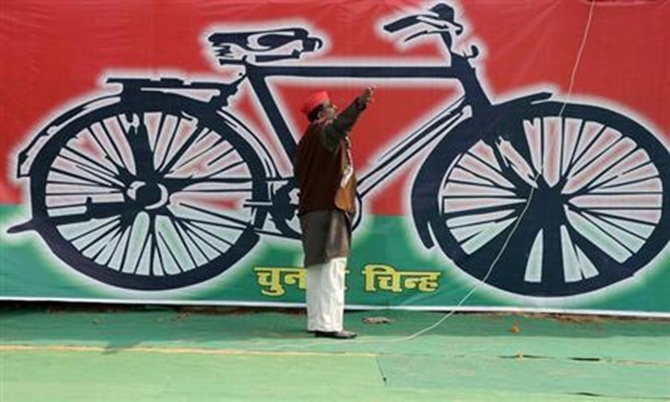 Image: A Samajwadi Party worker gestures in front of a banner with the party's electoral symbol.
Photographs: Jitendra Prakash/Reuters

In 2013, a total of 29 of 58 ministers in UP had criminal records. Samajwadi Party (SP) topped the list of parties fielding tainted candidates in 2012.

Out of the 2,195 candidates analysed by ADR, 759 candidates or 35 per cent declared pending criminal cases against them.

This is not the only problem. “My difficulties ended when then Senior Superintendent of Police Anil Agrawal, who headed the Special Task Force came to my rescue. Otherwise, men owing allegiance to various gangster gangs would come here,” Pradeep Agarwal said, waving at his plush showroom “and wouldn’t pay – either for repairs or for goods. I would go to the police but what could the police do? The cars stolen from my showroom would be standing on Kalidas Marg (the official residence of the chief minister)”. 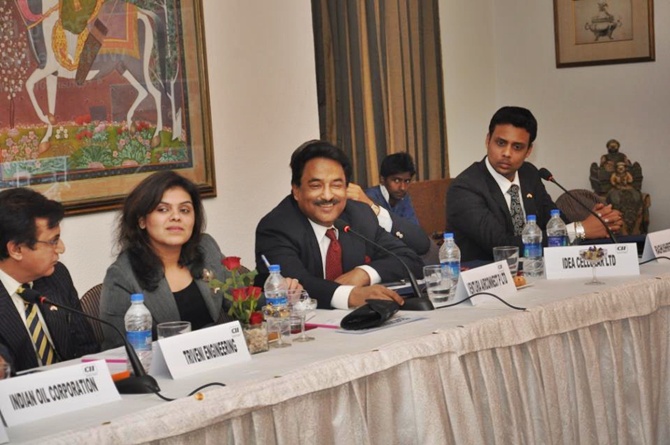 Investors signing memoranda of understanding at the recent Global Investors’ Meet sponsored by the UP government in Delhi, seemed to have only a dim idea of the extent of lawlessness in the state. “You need to be brave to invest in this state,” said Agarwal. “Most people don’t have the appetite.”

It is not just law and order. Growth and expansion of business has little or no possibility in UP, especially when the government is involved or policy changes are needed.

A tender to modernise forensic laboratories in UP has been pending for eight months, though no policy changes are needed, no bureaucrat is ready to sign.

“We saw a lot of this in the last two years,” said a bureaucrat in the CM’s office. “It rubbed off from the inertia at the centre. The attitude was: Why stick your neck out?” 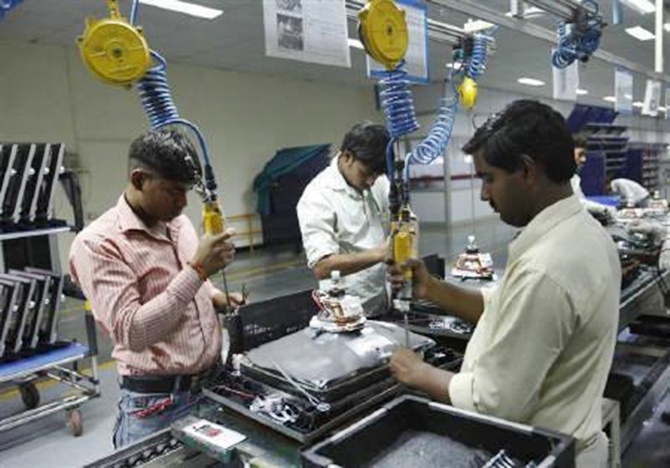 Ministers only half-understand proposal that come to them. A Latin American company formed a joint venture with a UP company to suggest new ways for solid waste management.

“The MD flew all the way from Brazil to meet the minister. We went to the minister’s office. He heard us out – while swatting mosquitoes which were buzzing around busily in his room. Then his proposal was: ‘Free mein kar deejiye.  I cut a very sorry figure indeed,” recalled a businessman.

Businessmen say there is no shortage of grandiose plans. But there is no one to look at nitty-gritty, to do detailed follow-up and set time lines that would result in closure.

“I have done business in Gujarat. It is not that there is no corruption there. But the job gets done and it gets done on time. Here there are so many multiple centres of authority that the system is quite opaque,” said Agarwal. 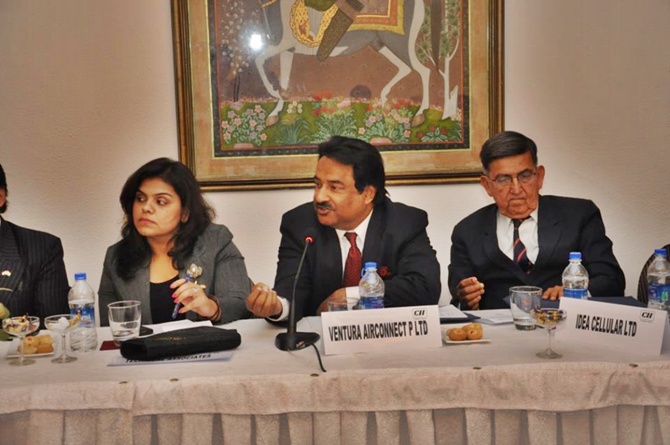 Agarwal’s latest venture is running so well that the UP government has asked him to get bigger aircraft and increase the strength of the airline.

“Every Indian state is a country – and it is terribly difficult to get from point a to point b. So, I struck upon the idea of starting an intra-state airline three years ago. I bought two brand new Cessna aircraft that can ferry ten passengers. I fly people from Lucknow to Banaras, Satna, and other destinations in the state and close by. The model can be sustained only if the state underwrites some seats. They agreed to do it. So seeing this, now six states have asked me to replicate this model,” said.

“UP does not want innovative business leaders,” he said. But, he adds wistfully, “If only its leaders could rise to the occasion…”