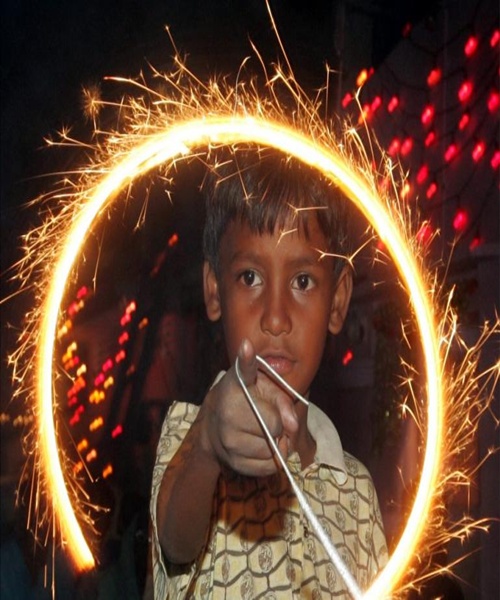 Sivakasi hopes the new government will check the smuggling of Chinese fireworks and remove the higher charges on local units imposed by the UPA government.

Between April 7 and 16, the town of Sivakasi in Tamil Nadu wore a deserted look.

Those 10 days saw manufacturing units in the hub of India’s firecracker industry going on an indefinite strike to protest both the steep increase in the various charges related to manufacturing explosives and the government’s inability to slow the import of Chinese incendiaries into the country.

While the industry lost an estimated Rs 15 crore (Rs 150 million) a day during the period, the strike had the desired result - the Union ministry of commerce and industry invited industry representatives for talks on Monday, just three days before Tamil Nadu goes to the polls on April 24. 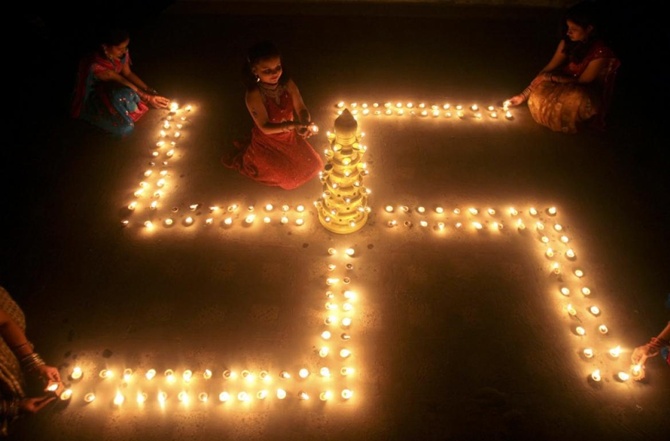 The protest over the “User Fees Notice (Explosives)” issued by the Department of Industrial Policy and Promotion was withdrawn temporarily by the industry body, the Tamil Nadu Fireworks and Amorces Manufacturers’ Association (TANFAMA).

At the meeting, officials of the Department of Industrial Policy and Promotion agreed to follow the old rules for the time being.

They told TANFAMA representatives to wait till the elections were over and the model code of conduct was withdrawn for any permanent solution to their grievances over the new rules and enhanced fees.

A participant at the meeting felt that the final fate of the ministry’s notification, which according to him is ultra vires, lies with the courts. He said that it was likely the issue would be taken to court once elections are over. 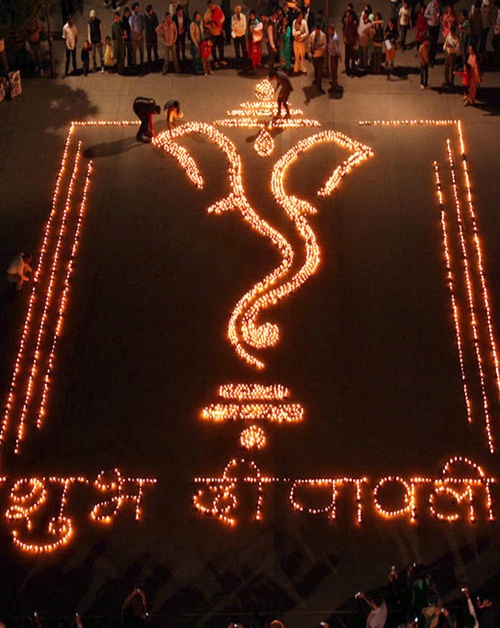 Sivakasi and the villages in the Virudhunagar district of the state produce around 80 per cent of the country’s fireworks. Around 300,000 people are engaged in the manufacture of firecrackers.

On March 20, they were in for a shock when the steep revision of various fees was notified. The annual fee levied on storage of fireworks up to 200 tonnes was raised from Rs 15,000 to Rs 4 lakh, an increase of over 25 times, while the charges for storage of lesser amounts went up to Rs 66,000.

The cost of a four-month competency certificate mandatory for a foreman of a manufacturing unit also went up from Rs 100 to Rs 3,000.

“The department has also relaxed various taxes prescribed for different categories of crackers,” alleges K Mariappan, vice-president, TANFAMA. “All these steps clearly show they are laying a strong foundation for the free inflow of Chinese imports. 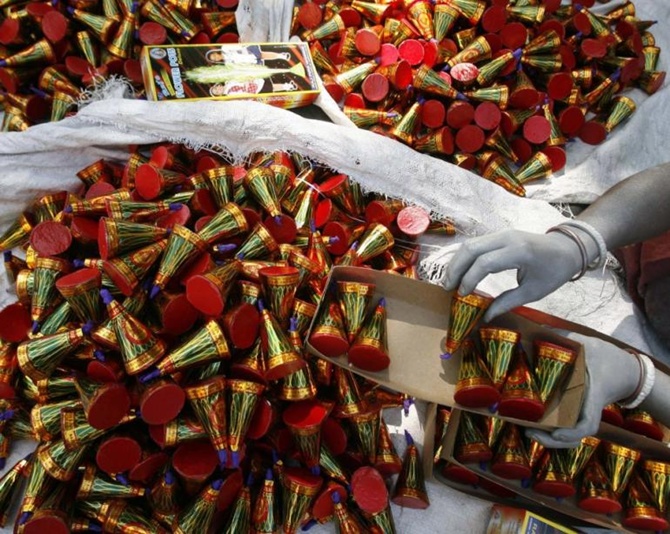 Adding to the burden

The changes in the fee structure have stumped the owners of the firecracker factories in Sivakasi. “We really don’t know what to do and are surprised that the government has done something like this,” says a senior industry representative.

The Rs 3,000-crore (Rs 30 billion) business is labour intensive, and plagued by health and fire hazards. It has also been criticised in the past for being reliant on child labour. The industry was only now starting to modernise and install safety measures and induct safer technology.

The additional costs under the new notification will now put further financial pressure on the manufacturing units. 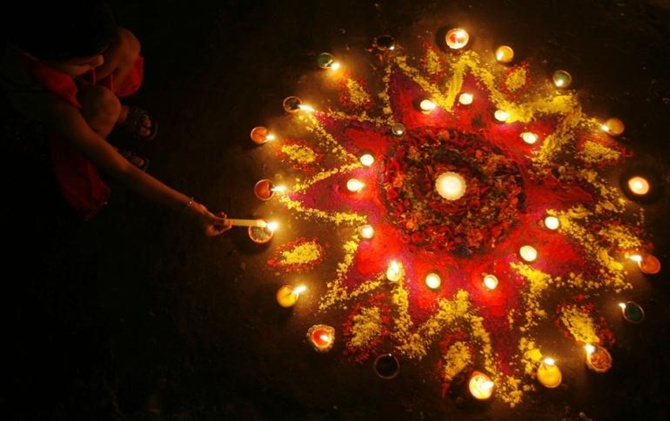 As it is, Sivakasi is already wary of competition from China, the world’s largest producer of fireworks. According to Mariappan, last year around Rs 300 crore worth of firecrackers, most of them of the aerial type, were imported from China. He says, “We have received information that more orders have been placed this year by sellers and the import is expected to double.”

The ministry of home affairs had written to all state governments in 2013, highlighting the dangers of smuggled Chinese fireworks that contain potassium chlorate, a compound banned in India, and the need to deal strictly with people found in possession of such fireworks.

TANFAMA was content that such a guideline would help protect it from the onslaught of the Chinese products. But the March 20 “User Fee Notice” was a bolt out of the blue. 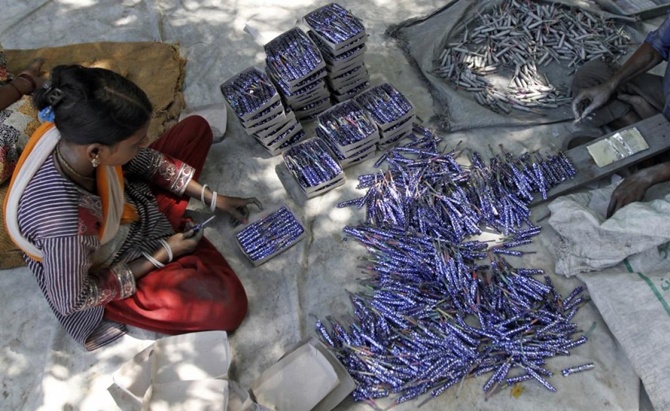 However, more than the increase in the rates, what alarmed the industry was the inclusion in the notice of the fee for an import licence for Class 7 explosives, that is, fireworks.

This raised suspicions that the Petroleum and Explosives Safety Organisation, or PESO, which has so far never granted import licences for incendiaries, would now change tack.

In its representations to the government, the fireworks industry has expressed apprehension that a new post has been created in the Nagpur office of PESO to process the applications for import and export of explosives and fireworks.

Ruing that the Explosives Act makes no distinction between explosives and fireworks, the industry has also demanded a separate set of rules to govern fireworks since the current legal guidelines are meant to govern high explosives and are, therefore, too stringent for fireworks. 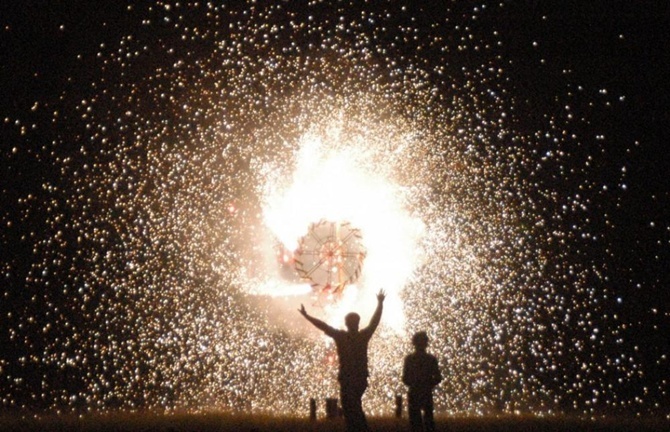 Because China allows certain cheap chemicals, like potassium chlorate, for use in pyrotechnics there, the cost of production is low, unlike in India where the use of such raw materials is banned. “Chinese firecrackers are cheaper than Indian products, but they use hazardous compounds,” says Siva Balan of Pooja Fireworks.

To check the flow of the Chinese products into the country, the industry has appealed to both Anand Sharma, Union commerce and industry minister, and EM Sudarsana Natchiappan, minister of state for commerce and industry, stressing the need to issue a public notice warning of punishment under Section 9B (1) of the Explosives Act to anybody trying to import, store and sell foreign fireworks.

TANFAMA will now have to wait for the elections to be over for any step regarding the withdrawal of the notification. Ironically, on May 16, when the poll results are announced, the victory of the winning candidates will be greeted, as usual, by the bursting of firecrackers. These will have been made, in all likelihood, in Sivakasi. 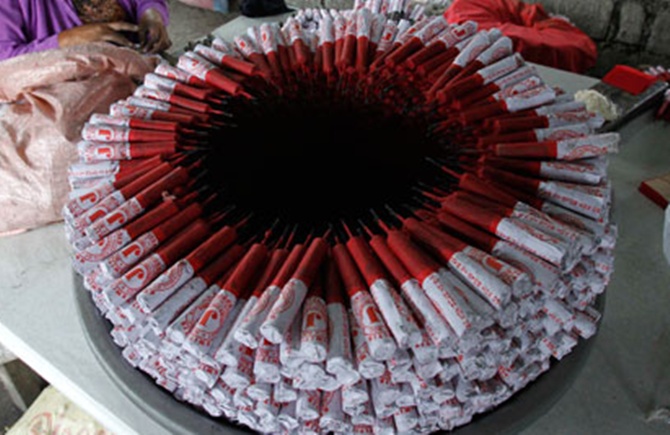 The plight of the people engaged in the pyrotechnic business has become a political hot potato in poll season. All parties, with an eye on the votes, have taken up the issue in their political agendas.

During his two-day campaign across six constituencies in Tamil Nadu last week, Narendra Modi, the Bharatiya Janata Party’s prime ministerial candidate, came down heavily on the Centre for letting this fireworks units “die”.

Assuring the people at Sivakasi - Vaiko, president of the MDMK, an ally of BJP, is contesting from the seat - that if his party came to power he would help the cracker industry, he said, “Sivakasi has reached a stage where it is dying. The reasons are the hefty licence fees and the help being given to Chinese imports.” 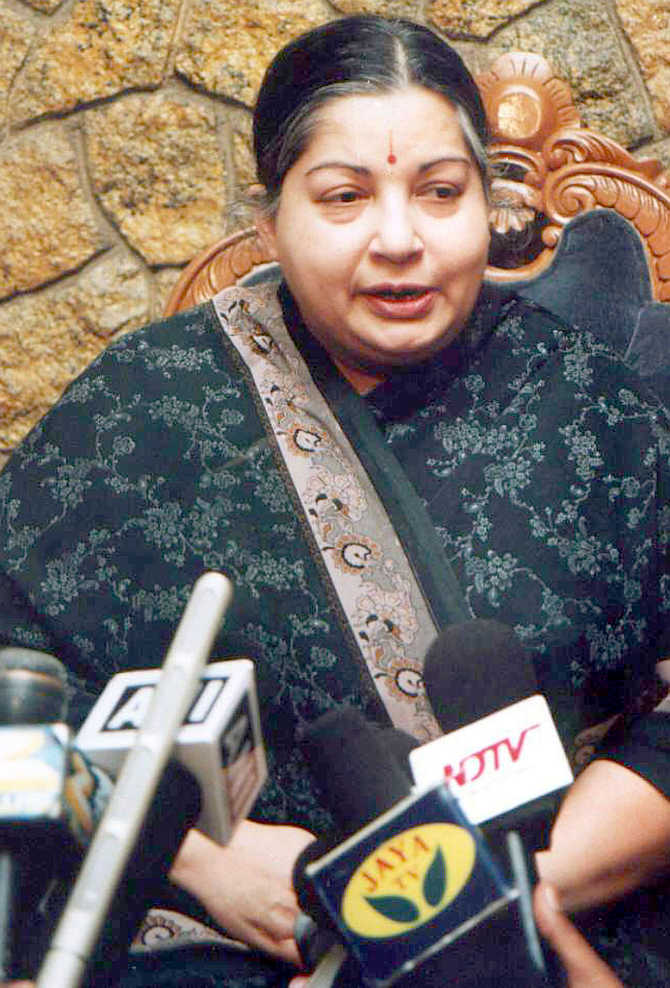 Chief Minister J Jayalalithaa too has urged the Centre to immediately withdraw the notice on the new user fees, while asking the customs to more effectively check the smuggling of Chinese fireworks.

In a letter to the prime minister, she wrote, “I am very surprised that the government of India went ahead with issuing such a sensitive policy order after the announcement of the Lok Sabha polls. Not only is this an act bereft of any understanding of the etiquette of parliamentary democracy, but it also constitutes a violation of the model code of conduct.”

She also said, “Chinese fireworks use the cheaper chlorate raw materials that are banned in India and so they not only affect domestic employment, but also represent serious safety and environmental hazards.”

DMK’s candidate, S Rethinavelu, has also raked up the issue. Describing the import of Chinese crackers as a threat to the domestic industry, he said that he would fight tooth and nail for the Sivakasi cracker industry.