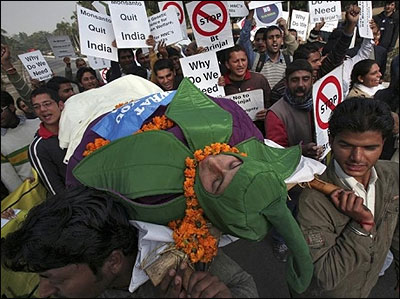 Activists have expressed dismay at the manner in which the Prime Minister discounted the democratic process that led to the Bt Brinjal moratorium.

Mumbai's recent Seed Festival was an indicator of the wide variety of endeavors to celebrate India's agricultural heritage. It also signaled the intensification of the battle over our food future.

At about the same time the Prime Minister was reported to have said that opposition to Genetically Modified (GM) foods is being led by some foreign funded NGOs which do not fully appreciate India's development challenges. Manmohan Singh's remark was apparently made in reply to a question about why India has imposed a moratorium on Bt Brinjal.

Groups from seven states across India came together to organise the first of its kind Seed Festival at Janata Kendra near Mumbai Central Station from February 19 to 21.

Through talks, an exhibit of seed diversity and interactions with seed savers - the festival aimed to raise awareness about the importance of our bio-diversity, native seeds and many different kinds of cereals.

For centuries thousands of crop varieties have been crafted by human-nature interaction to provide food and livelihoods in India's diverse regions and cultures. Over the last 50 years this diversity has been depleted by the technology and policies promoted by governments and agro-industry. 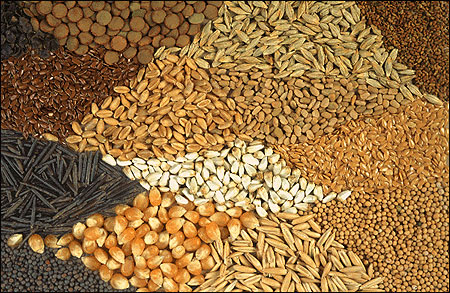 Over the years samples of traditional seed varieties came to be stocked mostly in distant gene banks, to which most farmers don't have ready access.

Thus conserving and multiplying traditional seeds among ordinary farmers has become the mission of a wide variety of activists.

This Seed Festival was part of a larger effort to raise public awareness and policy support for the conservation and promotion of India's seed wealth and its related community knowledge and culture.

Much of this mobilisation is inspired by the work of Dr. R.H. Richharia, an agricultural scientist who did pioneering work to collect, converse and study thousands of distinct rice varieties around Raipur, Chhattisgarh. Mumbai's Seed Festival was coordinated by the Richharia Campaign, which works primarily in Madhya Pradesh and Chhattisgarh.

Other participants of the festival included:

They were supported by the Mumbai based Alliance for Sustainable and Holistic Agriculture (ASHA), Farmers' Market, and Mumbai Organic Farmers and Consumers' Association (MOFCA) among others. Such initiatives are inspired and driven by some staggering data. For example, the earth is estimated to have about 80,000 edible species of plant, many of which are available in numerous varieties.

According to Bharat Mansata of the Bio-cultural Heritage Group, one of the participants in the festival, now just about 25 plant species supply 90 percent of the human diet of the planet as a whole. This shrinkage of varieties means that our food future is endangered both in terms of nutritional value and security.

Take for example the epidemic of diabetes in India. Many Indians may have an inherited susceptibility to the disease.

But the dramatic escalation of the disease is also partly a consequence of the dependence on just wheat and rice as staple cereals - with a corresponding decline in the consumption of other cereals and millets.

Dependence on fewer varieties of plants is also bad in terms of risk management - as and when diseases strike the staple plants we have few other options to fall back on. Overshadowing all this is the bitter dispute about genetically modified (GM) crops. Vasant Futane, an organic farmer from Vidharbha, says that only BT cotton seeds are now sold in his area.

Thus activist groups are attempting to make a wider variety of seeds available to farmers. But the still bigger challenge is contamination from adjoining farms where GM plants, like BT cotton, are being grown.

"What right do the GM companies have to pollute our seeds, the very lifeblood of Indian agriculture and many millions of self reliant livelihoods?" asks Futane.

Activists have expressed dismay at the manner in which the Prime Minister discounted the democratic process that led to the Bt Brinjal moratorium.

An open letter by activists points out that the Ministry of Environment's note about the moratorium clearly specifies all the scientific arguments for withholding commercial release of Bt Brinjal.

The letter goes on to pose several questions to the Prime Minister. Why, ask the activists, has the Indian government signed the Indo-US Knowledge Initiative in Agriculture which will reshape India's agricultural research and revamp its policies based on US-AID recommendations? How is the lobbying power of the multi-billion-dollar international bio-tech industry influencing policies in India? Small and close to the ground activities like the Seed Festival don't have a dramatic impact on this complex situation. But their purpose is broadly to raise awareness about the politics of agriculture.

Those who participated in the Festival were also urged to lodge their protest against the Biotechnology Regulatory Authority of India Bill.

Food activist groups have denounced this bill as "a blatant and unscrupulous attempt by the Central Government to bulldoze the ongoing vibrant public debate in India and the serious concerns regarding human health, environmental safety and seed/food sovereignty issues surrounding the technology of GM foods."

Therefore, the Festival also included a workshop at IIT-Mumbai on the need for a framework to protect the "genetic and knowledge commons in farming and indigenous communities".

The workshop considered the various ways in which free exchange of genetic resources among farmers has been curtailed by intellectual property regimes pushed through the World Trade Organization (WTO) and other global bodies. 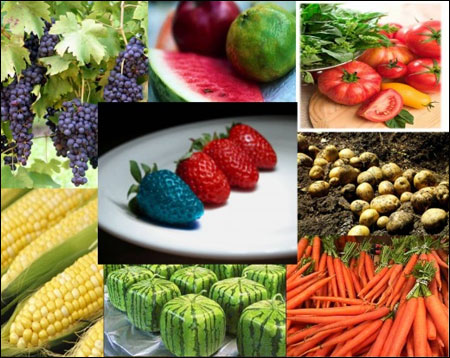 Activist groups are asking for an appropriate frame work to protect the inalienable natural rights of people to their common resource and knowledge.

They draw inspiration from the Open Source community in the realm of information technology and seek to apply its principles to knowledge about farming practices.

A Seed Festival bringing together such a range of activist groups from across the country might happen once in a while. But this realm of activity is slowly gathering momentum thanks to gatherings like the "Organic Sundays" organized by Kavit Mukhi's Farmers Market enterprise.

This bazaar is held every Sunday from October to March at Bhalla House on Hill Road, Bandra. It's a place for those who want to buy organic fruits and vegetables, as well as meet the farmers who grow it, amid music, dance and the feel of a mela.