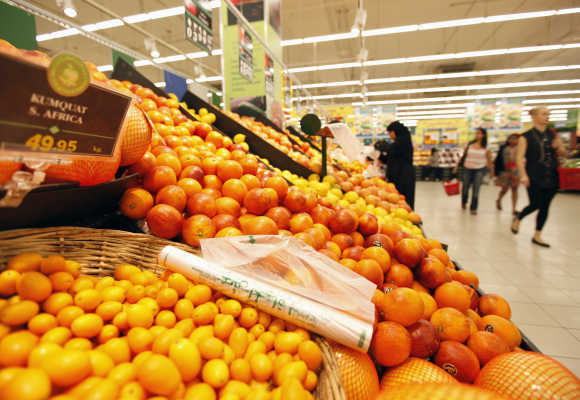 The key argument against FDI in multi-brand retail was that it would lead to rapid expansion of 'organised' retail and thus squeeze out the 'unorganised' sector of small, single-unit retailers. This terminology is itself misleading, writes Rajni Bakshi.

In a few weeks, or less, the storm over approval for FDI in multi-brand retail will subside.

It is then that the real hard work begins for those who are committed to fairness and equity in Indian society and the economy.

What is at stake is not just the fate of the small-retailer but economic democracy.

That means equitable access to resources and opportunities to engage with the marketplace.

In this context, the dispute over FDI in retail has been a bit of a decoy.

For, we have plenty of domestically generated factors that undermine fairness in the marketplace. 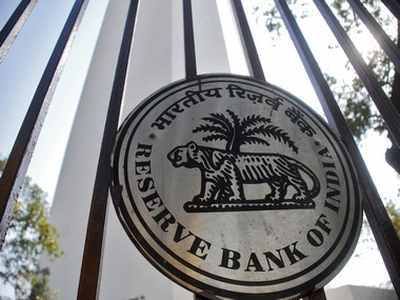 The key argument against FDI in multi-brand retail was that it would lead to rapid expansion of 'organised' retail and thus squeeze out the 'unorganised' sector of small, single-unit retailers.

This terminology is itself misleading.

The valid distinction is between corporate and non-corporate players in the retail sector.

Therefore, if indeed corporate retail now goes into hyper drive, it will be important to watch for various signals.

Here are some of the points that will need to be monitored. 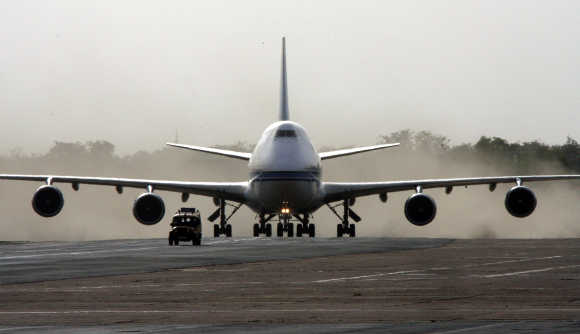 One: What is the volume of foreign capital that actually accompanies the entry of international super-market chains and how much is drawn from financial institutions within India?

Professor R Vaidyanathan, who teaches finance at the Indian Institute of Management (Bengaluru) has argued that many multi-national companies access large volumes of capital within the Indian market 'by showing 'comfort letters' from their parent companies'.

Two: Small retailers have usually found it difficult to raise credit at affordable rates. Economic democracy will depend on banks altering this, instead of only privileging corporate borrowers. 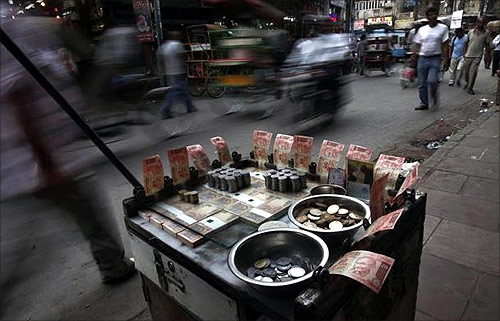 Three: The emerging market share of various big retailers will probably be regularly reported by the financial press.

It will be vital to watch for over-concentration of market-share and even more important to study the means by which that market share has been acquired.

Four: At present there are still areas in our metros where the big-brand super markets' business neighbours include small grocery shops, vendors squatting on the pavement and others moving with their wares on a hand-cart.

Those who favor truly free and fair competition will need to monitor if and how zoning regulations by municipalities change this and prevent those small-scale vendors and retailers from operating.

That would unlevel the field in favor of corporate retailers. 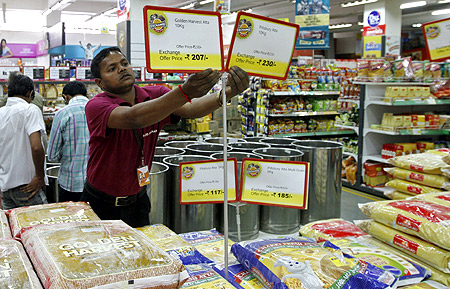 Five: Elimination of exploitative middle-men has been offered as one of the big reasons in favor of corporate retail. In case of some agricultural produce it has been argued that corporate retailers can give a better deal to both farmers and consumers, which would indeed by laudable.

However, the details of these newly emerging market relations will need to be closely monitored.

Otherwise, a hand-full of large buyers could, over a period of time, wield far more muscle power than the old-style middle man ever did. 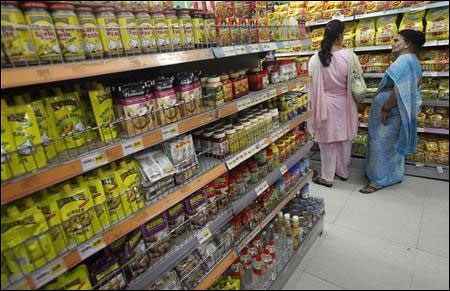 Six: There will also be need to monitor and punish the practice of 'predatory pricing'.

This refers to the selling of products at lower than their cost for the express purpose of driving out competitors or to act as a barrier to entry for new players.

In the USA, consumer groups have long argued that this such pricing has been one of the instruments used by Walmart in its rise to being the second largest corporation in the world with a turnover of half a trillion dollars from about 10,000 stores.

According to a report in the Los Angeles Times at least one US court has found Walmart guilty on this count because of its open policy to 'meet or beat the competition without regard to cost'. 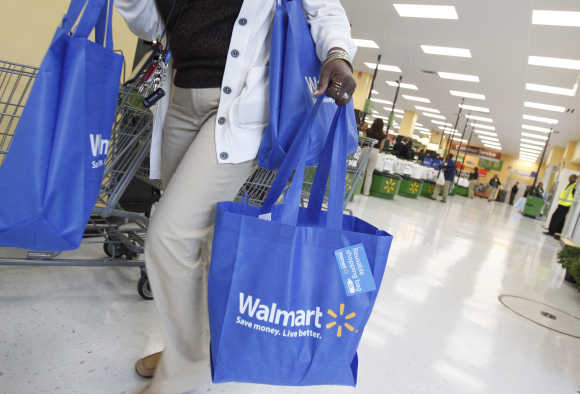 Seven: It has been argued that workers will get a better deal in corporate retail chains compared to wages paid by family-owned small retail shops.

That is not Walmart's record in the USA. Stacy Mitchell, author of the book Big Box Swindle, has compared the rise of Walmart with what has gone wrong with the American economy.

While the Ford Motor Co. once profited by creating a workforce that could afford to buy its cars, writes Mitchell, many of Walmart's employees are under paid.

It is not inevitable that this story is repeated in India. 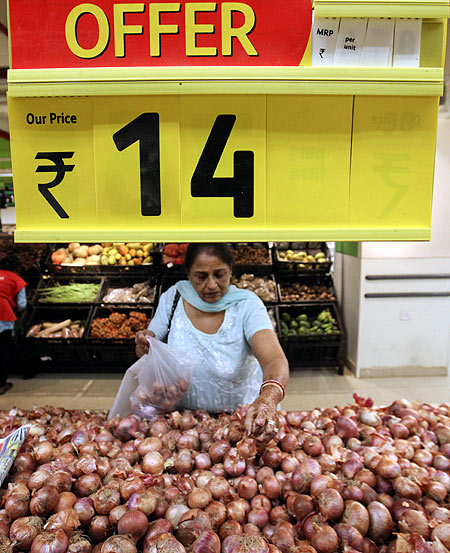 Wages for low skilled or unskilled workers are so low here that corporate retailers could pay more and still be way below wage levels in other countries.

Proponents of FDI in retail have argued that the story of corporate retail will be quite different in India since our social and economic patterns are in some ways unique.

This is partly true.

But improving the prospects for economic democracy will depend on much more active engagement by civic organizations, business bodies and policy makers.

So who might do all or some of the monitoring mentioned here? 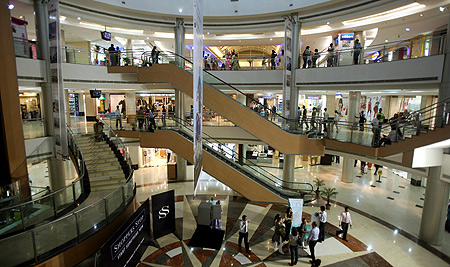 Various ministries and departments of both the Union and state governments are statutorily required to collect much of the required data.

What matters is that the data collection be rigorous and openly available to the public, ideally online.

Among civic organizations that are already playing an important role in this sphere are the following.

The National Hawkers Federation, an umbrella organization of vendors which has about 11.25 lakh (1.12 million) members. 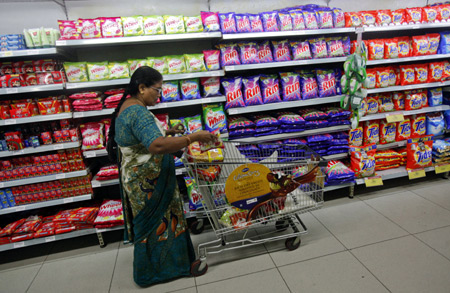 Image: A woman fills her trolley with retail products as she shops at a Hypercity department store.
Photographs: Vivek Prakash/Reuters

Consumer Unity and Trust Society International, is an NGO that has created a email list-serve of people from diverse backgrounds, and facilitated a vigorous debate over email on the question of FDI in retail.

The Centre for Civil Society already has a Livelihood Freedom Campaign.

Above all, organisations like Confederation of Indian Industry and Federation of Indian Chambers of Commerce and Industry -- which are generally perceived to favor the corporate end of the Indian marketplace -- must engage with various dimensions of how developments in the retail sector either expand or shrink opportunities for the small entrepreneurs.