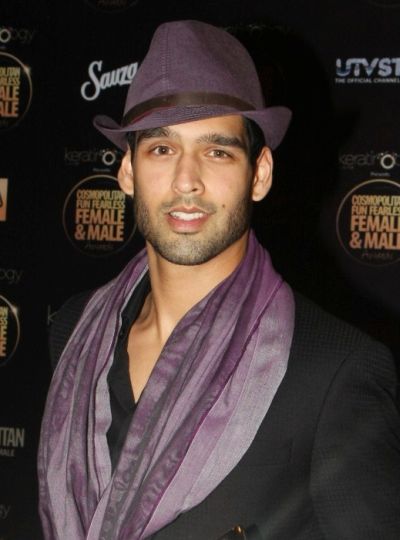 Sidhartha Mallya has abandoned the entrepreneurial journey his grandfather, Vittal, began decades ago and his father, Vijay, expanded and subsequently lost, to pursue a career in... Hollywood.

"My focus and energy are 100 per cent invested in what I'm currently doing," he says over email from Los Angeles where he is now based.

What is more, in LA, he is not Sidhartha Mallya, but Sid. He says he registered himself as Sid with the Screen Actors Guild so that he could " avoid getting typecast".

Not that much is left of the family business. The spirits business is run by Diageo and the beer business by Heineken. Mangalore Chemicals & Fertilizers is being fought over by Saroj Poddar and Shailesh Mehta.

Kingfisher Airlines has been mothballed: harried banks are breaking their heads over how to recover the Rs 7,000 crore it owes them. 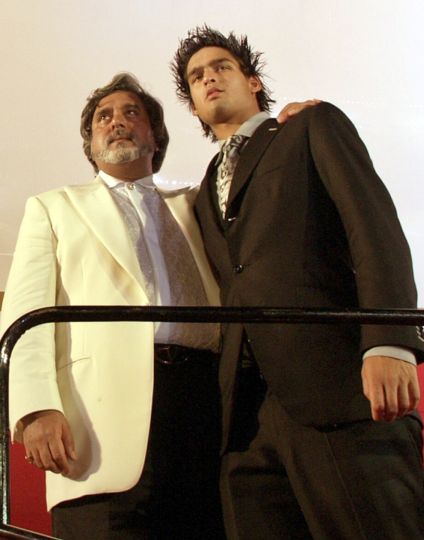 Still, the family is immensely wealthy. In The Billionaire Club, Business Standard's annual listing of stock-market wealth, Vijay Mallya was ranked 21st at the end of 2013 with a net worth of Rs 14,413 crore (he gained Rs 1,184 crore during the year).

So the career switch might seem dramatic to an outsider. But Sid, 27, says he always wanted to act, and be in the entertainment business.

"Maybe it's a case of the 'only child syndrome' and always wanting to be the centre of attention," he admits.

Sid is the beleaguered tycoon's only child from his first marriage, to Sameera, but he has two half-sisters from his father's second marriage, to Rekha. 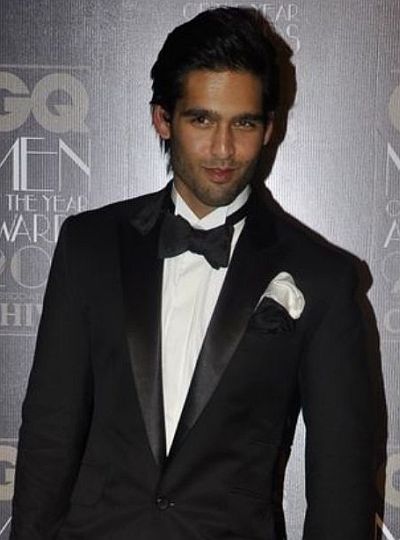 The seeds for his new career, Sid indicates, were sown with his online show, No Boundaries, which he conceptualised and hosted.

On it he interviewed some of the star players of Royal Challengers Bangalore (the Indian Premier League team owned by the family) such as Chris Gayle and A B de Villiers.

The reception to the unscripted show, he says, "was sensational" (on YouTube, the episode with Gayle has been watched over 132,000 times) and attracted a lot of interest from abroad along with suggestions that he might want to explore this role further.

His small-screen debut happened with the hunt for the Kingfisher Calendar Girl 2013, a reality show promoting the family's flagship brand. 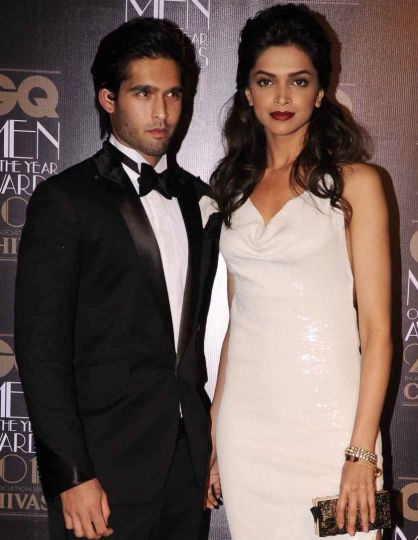 The same year, he was signed on by celebrity management firm KWAN, which manages actors Ranbir Kapoor and Nargis Fakhri among others, in the hope that he could become the face of some luxury brands, though that seems to have come to naught.

Despite having dated actress Deepika Padukone (he recently dismissed reports that she had been hired to introduce him to the Mumbai glitterati) and although there was "interest" from the industry, Sid says acting in Bollywood was never something he considered.

Before moving to LA, he was quoted in Mumbai Mirror as "insisting" he did not need acting classes because he was "a natural".

But wiser counsel seems to have prevailed: in another interview last December, Sid said though he was told all he needed for acting was his life experiences, he will take acting classes, because "I really believe that you should study what you are going to do in your life." 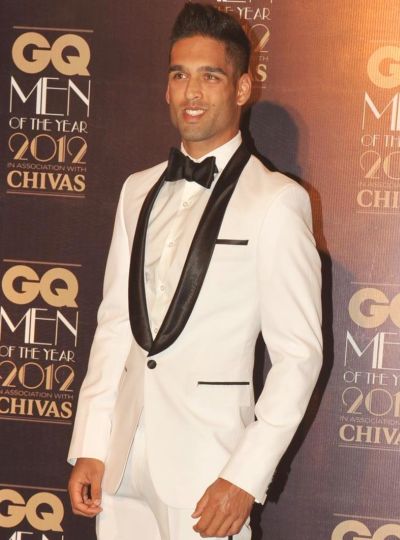 Lessons included comedy classes with Lesley Kahn, a well-known comic coach in LA. His first break came when he was one of the 20 selected by ABC from 7,000-odd applicants for its Talent Showcase which seeks to promote diversity in acting.

Those selected are mentored for a year and get a chance to present their skills to industry veterans. (Oscar winner Lupita Nyong'o of 12 Years a Slave fame is supposed to have been discovered during one such programme.)

"It was an amazing experience, although pretty brutal in terms of the various audition rounds, call-backs and reading sessions. It really changed my life though… Since then I've had various meetings and continue to do the rounds of the audition circuit," Sid says.

As part of getting into the Hollywood glamour network, Sid made sure he was at Cannes for a day, at the Chopard party, and at Elton John's party after the Oscars, a fund-raiser for AIDS patients, the tickets for which are reported to be exorbitantly priced. 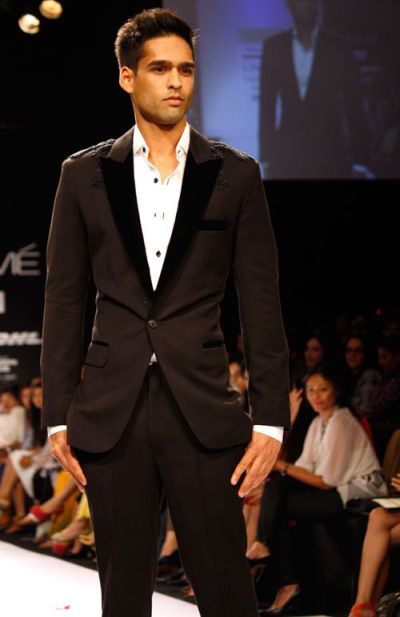 While he might be staying away from the family business, this is where the inheritance would have come in handy, unlike for other Hollywood "strugglers" who work part-time jobs in between auditions and casting calls.

He also had his portfolio shot by acclaimed celebrity photographer Collin Stark. In a comic twist, perhaps in the enthusiasm to spread the buzz about his acting career in Hollywood, stories came out in popular Mumbai dailies quoting an anonymous source who said Stark happened to catch sight of Sid at a cafe in LA and was so struck by his looks that he asked if he could do an exclusive shoot with him.

However, responding to an email query from Business Standard asking if he could confirm this, Stark replied that he was commissioned by Sid to do the shoot . "The cafe never happened. The cafe was made up! Fictional." 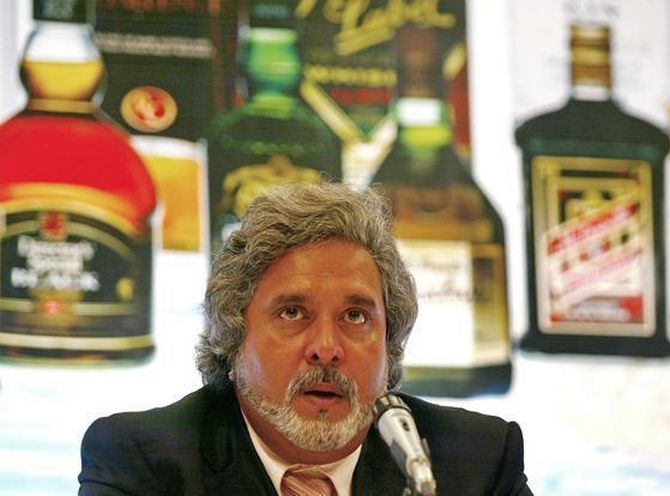 "Although it might have taken him a bit by surprise, he was very supportive of my decision," Sid says, when asked about his father's reaction to his foray into acting.

That might just be a Western way of understating matters: Sid was raised in the UK, attending boarding school and later college at Queen Mary's in London.

Whatever be the sequence of events later, his father had evidently been grooming him to take over the business at some point.

In 2002, Vijay Mallya had written in a newspaper: "Provided he measures up, Sid will succeed me as chairman of the UB group." Accordingly, he was going to put his son through the processes. 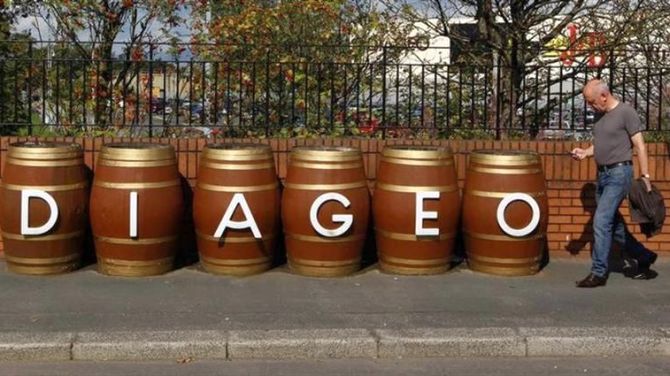 In an earlier interview with author and sports management consultant Mohit Lalvani for NewsX channel, Sid said that on finishing his undergraduate course, his father had given him three options: if he wanted to join the airline business, he would be sent to the Airbus office in Toulouse; if he preferred the beer segment, he would go to Heineken in Amsterdam; and if it was spirits, he would work at the offices of Diageo, ironically the company that would eventually buy United Spirits.

Anything outside this was clearly not an option. And Sid acknowledges as much, now. "Growing up in the family that I did, it was always expected and presumed that I would go into the business. I felt like I at least owed it to everyone to give it a go."

Thus, after college, he spent a year at the London offices of Diageo as a management trainee, where he worked on Guinness beer.

He was also inducted into the UB Holdings board in 2005 when he turned 18, the year his father launched the ill-fated Kingfisher Airlines on his birthday. 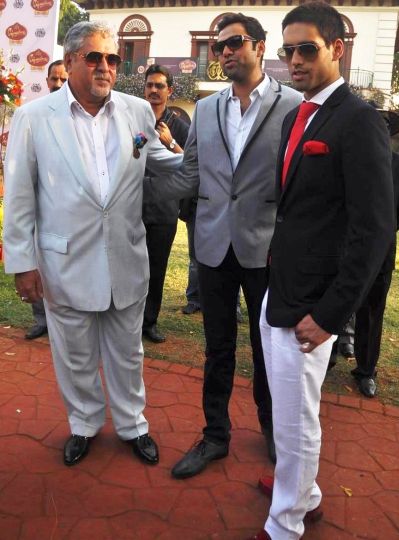 Following his stint at Diageo, Sid moved to India in January 2010, when he was made director of Royal Challengers Sports and deputy general manager (new generation sales outlets) of United Spirits, where he spent close to two years.

At United Spirits, the group's crown jewel at that time, Sid focused on marketing.

Vijay Rekhi, former president and managing director of United Spirits and now chairman of the board of advisors at Tilaknagar Industries, says that Sid "took a keen interest in Royal Challengers and sports, and brought about fresh, out-of-the-box thinking, like any other youngster".

Rekhi credits Sid with kickstarting the company's green initiatives, such as planting saplings.

He also wanted to develop the new businesses of USL when change in the form of the Diageo deal happened, according to Rekhi. "That would have been a turning point for Sid." 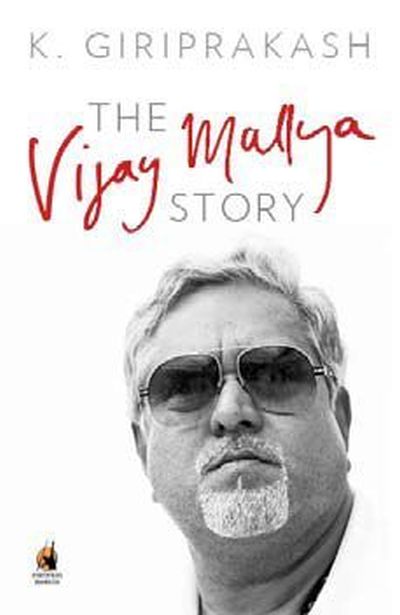 Was it the sale to Diageo that made Sid pack his bags and relocate to LA? Did he realise that the family business had run out of steam?

People had begun to observe that Sid appeared not to be passionate about the business.

K Giriprakash, the author of recently-published The Vijay Mallya Story, writes that at the annual general meeting of shareholders in 2012, journalists observed that Sid was not present, even though he was standing for re-election to the board.

When one reporter enquired from Vijay Mallya, he snapped that the reporter should find something worthwhile to write for his readers.

A little earlier, at the press conference, there had been another outburst when Mallya accused journalists of wanting to "take him on" and declared that he would sell everything and go to LA "where my son is doing a course in entertainment" . 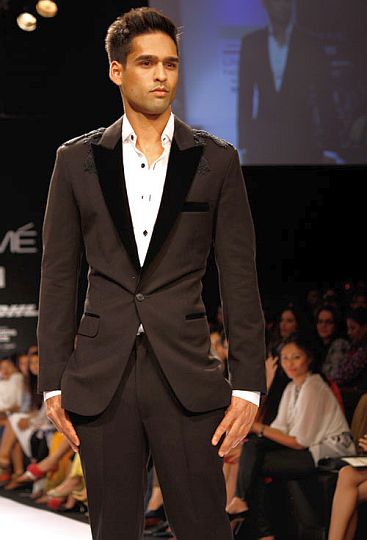 Though he was working at the group companies for two-and-a-half years, Sid was perhaps more well-known for his involvement with Royal Challengers Bangalore.

He was present at the matches and parties, tweeted regularly about it and says he was responsible for taking the crucial decision to make Virat Kohli captain of the squad in 2011.

That year, the team put in one of its best performances and reached the finals, and one of its players, Gayle, was named player of the tournament.

The next year, the team did not make it to the final four, and Sid landed in hot water off the field for his tweets defending his team player, Luke Pomersbach, who was accused of sexual harassment by a woman.

Sid not only rubbished the woman's claims on Twitter but went on to add that she was "all over" him and hence did not seem to be behaving like another man's fiancee (Pomersbach also allegedly attacked the man).

He was criticised for his tweets and the woman threatened to slap a lawsuit. The matter was eventually amicably settled. 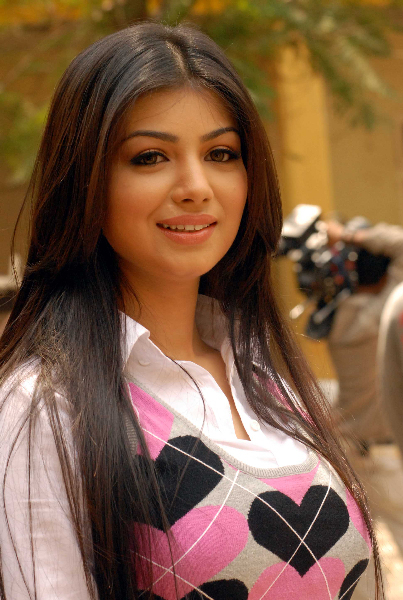 There were other instances too when he zealously guarded the brand equity of the business.

In 2011, when actor Ayesha Takia had tweeted about the staff of Kingfisher Airlines misbehaving with her sister, Sid tweeted that there were always two sides to a story and added for good measure, "Pipe down, love."

In an interview to Mumbai Mirror later in the year, he complained that he was being dragged into controversies about group companies though he was not directly involved.

"When there were troubles with Kingfisher airlines, people started tweeting as if I am somehow responsible for it - as if, I was flying the aircraft!"

The outburst didn't help. The Mallyas, father and son, have continued to draw flak from various quarters for their glamorous lifestyle and expensive hobbies while the staff of Kingfisher Airlines remains unpaid for months together. 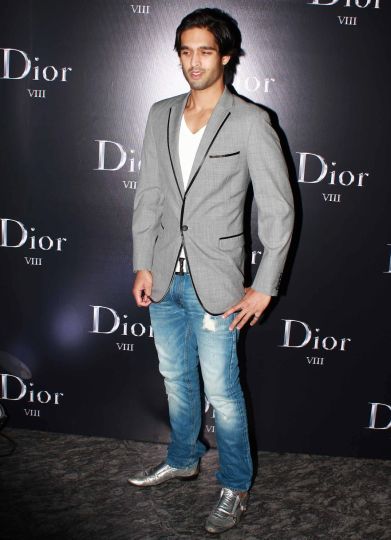 Though Sid seems to have made up his mind to carve a completely different path for himself, there are some, like fashion designer Prasad Bidapa, an old family friend, who feel his foray is akin to college students taking a gap year.

"He is a natural leader and I think he will one day take the company to new heights," he says.

But a more important question might be: what would be left for Sid to inherit?

Those who know Sid well, like fashion designer Manoviraj Khosla, say the he has what it takes to succeed in the entertainment industry.

The looks and attitude apart, Khosla says he has also got a lot of determination. He points out that a once-overweight Sid had managed to shed several kilos in 2009, get into shape and even run marathons.

On a personal note, Sid emphasises that it has been difficult to uproot himself all over again and the loneliness is hard to deal with, "The best part is that I'm doing something that I love and that I know I'm doing on my own, so my failure is my failure, but my success is MY success!"