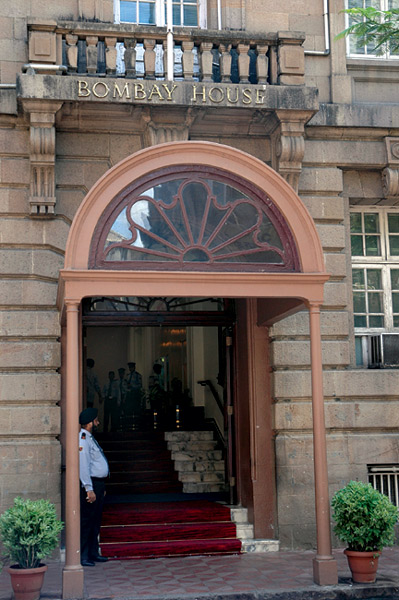 The Tata group has touched the lives of millions of Indians since the last 100 years.

A study conducted by The Economic Times in association with Interbrand, has stamped its class and credibility once again, by ranking it as the number one brand in India.

Tata has pipped many corporate heavyweights to be ranked as India’s best brand.

The first edition of the ‘Best Indian Brands’ study ranks India’s best brands on the basis of financial performance of products or services, purchase decision based on the brand, and the product’s competitive strength.

Click NEXT to read interesting results on India’s best brands… 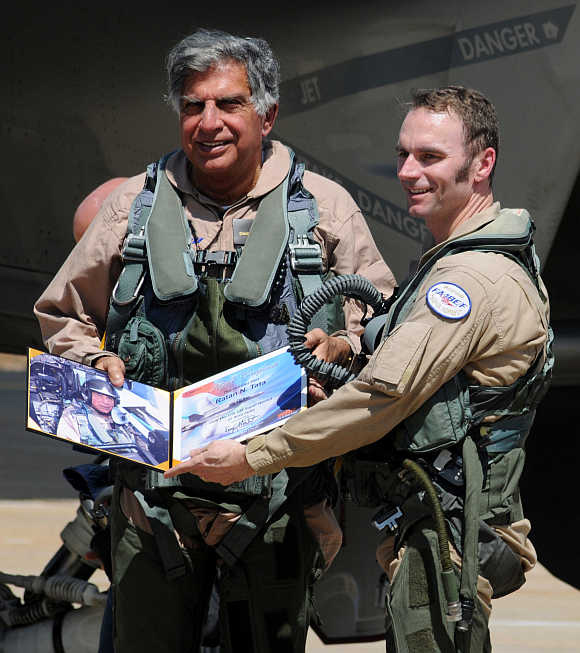 One of the iconic faces of India Inc, the Tata group was founded by Jamsetji Tata in 1868.

From cheapest products like Nano to the most sophisticated global brands like Jagaur, the Tata brand has won the hearts of millions of people with diverse and unique products and services.

“Tata stands for one thing when it's on a car; something different when it is on a watch and quite another when it's telecom. It also means diverse things to different stakeholders - customers want quality and reliability, shareholders want good returns and business partners want profits,” according to R Gopalakrishnan, executive director, Tata Sons.

Integrity, understanding, excellence, unity and responsibility make the Tatas a winner all the way, says the study.

Tata’s early years were ‘inspired by the spirit of nationalism’ with several industries of national importance - steel, power, hospitality and airlines.

After JRD Tata took  over as the group’s chairman, the assets of the Group grew from $100 million to over $5 billion. From 14 companies, the group grew into a conglomerate of 95 companies, when he left the company in 1988, after 50 years.

He chose Ratan Tata to take over company. Ratan Tata led the transformation of the Tata group from a conventional corporate house into a $100 billion global conglomerate with several high-profile acquisitions.

The group has operations in more than 80 countries across six continents. The Tata won respect and recognition in India for more than 140 years with its strong values and business ethics. 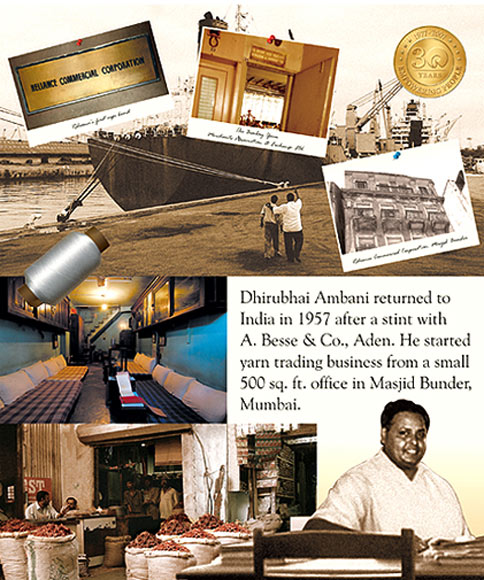 Founded by Dhirubhai H Ambani with an initial capital of just $300, Reliance is today one of India’s largest private sector enterprises with revenues of over $66 billion.

Also one of India’s largest publicly traded companies in India by market capitalisation, the company has established a global leadership, being the largest polyester yarn and fibre producer in the world and is among the top ten producers of petrochemical products.

It was ranked 99th on Fortune Global 500 list of the world's biggest corporations in 2012. 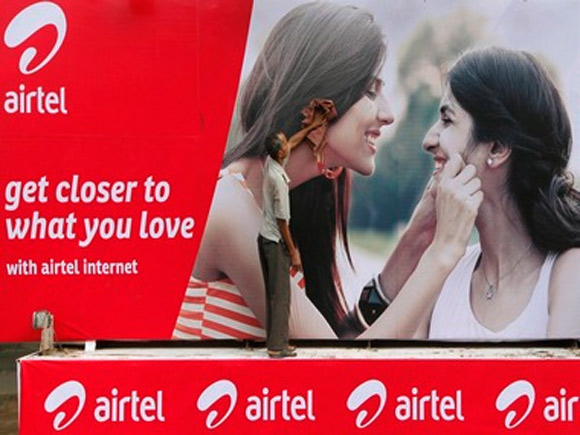 From a humble beginning as a company assembling push-button phones in India, Bharti Airtel has grown to become the world’s fourth largest mobile operator.

Established in July 1995 as a public limited company, it has made rapid strides with presence now across 20 countries in Asia and Africa. 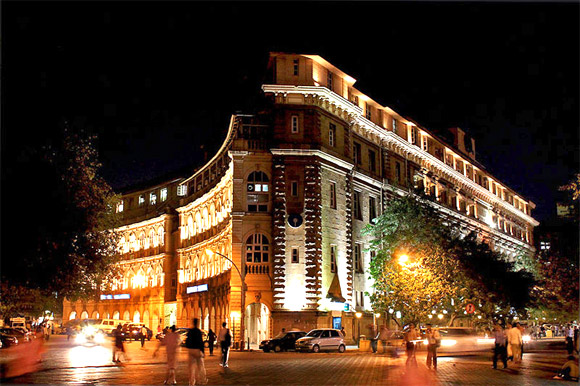 The oldest commercial bank in the Indian subcontinent, State Bank of India was established in 1806 as the Bank of Calcutta.

A series of mergers saw the bank transform into a banking giant. The Bank of Madras was merged with the Bank of Calcutta and Bank of Bombay to form the Imperial Bank of India.

SBI, with network of over 13,000 branches, has won several laurels.

Besides being listed as 29th most reputed company by Forbes in 2009, it was the only bank to be featured among the ‘Top 10 brands of India’ in a survey conducted by Brand Finance and The Economic Times in 2010. 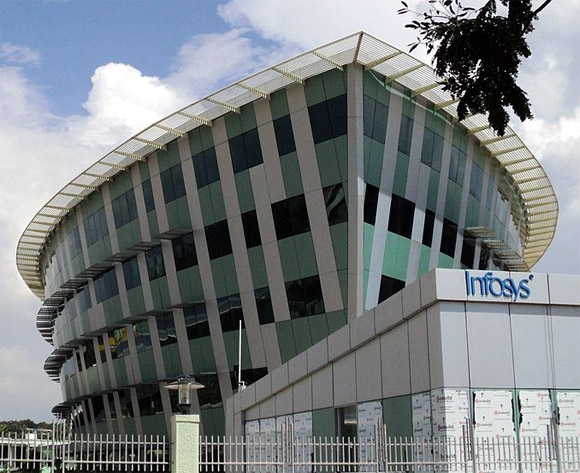 Infosys has an inspiring and endearing success story. What started as a modest initiative by seven engineers - Narayana Murthy, Nandan Nilekani, N S Raghavan, S Gopalakrishnan, S D Shibulal, K Dinesh and Ashok Arora -  in 1981 is today a company with revenues of $7.39 billion.

Over the last three decades, Infosys has grown with ‘ideas and enterprise solutions’ and ‘a culture of unwavering ethics and mutual respect,’ says the company.

Infosys has a growing global presence with more than 155,000 employees worldwide, across 67 offices and 69 development centres in the United States, India, China, Australia, Japan, Middle East, and Europe. 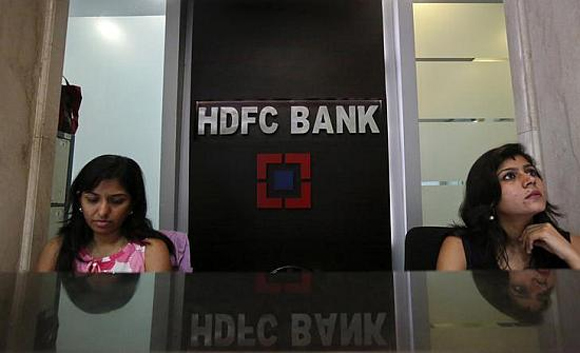 With a mission of becoming a world class bank, the company says its business philosophy is based on four core values - customer focus, operational excellence, product leadership and people.

Over the last 2 decades, the bank has successfully gained market share with the efficient use of technology and good service.

The Bank with 3,119 branches,  11,088 ATMs in 1,891 cities/towns, was recently voted as the Best Bank in Asia based on a survey conducted by global magazine ‘Institutional Investor’. 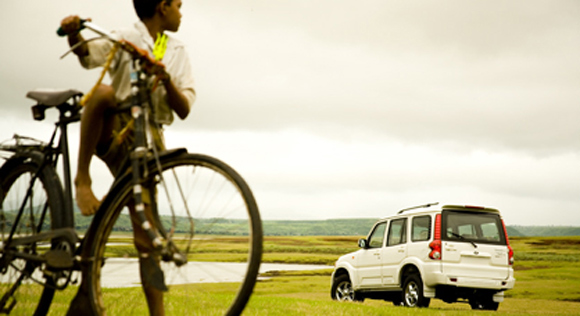 A $16.2 billion multinational group based in Mumbai, the company was founded in 1945 in Ludhiana as Mahindra & Mohammed by brothers K.C. Mahindra and J.C. Mahindra and Malik Ghulam Mohammed.

The company changed its name to Mahindra & Mahindra after Mohammed left for Pakistan in 1948.

In 2012, Mahindra was featured on the Forbes Global 2000 list. In 2013, the Mahindra Group received the Financial Times ‘Boldness in Business’ Award in the ‘Emerging Markets’ category. 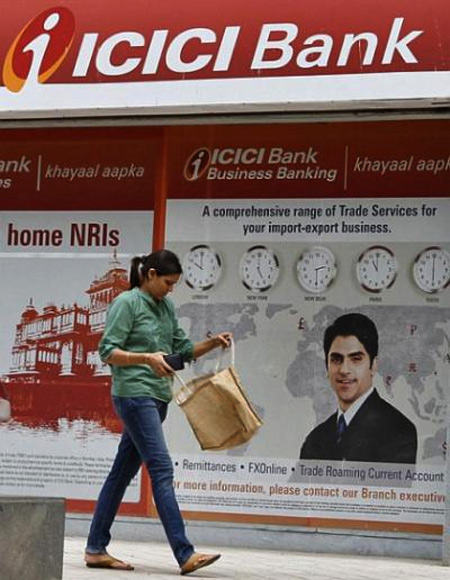 ICICI Bank CEO Chanda Kochchar dreams big. She wants ICICI Bank to be among the top 20 banks globally. The dream does not look far fetched considering the bank’s remarkable growth over the last 5 decades.

One of India's fastest growing financial services conglomerates, ICICI Bank was originally promoted in 1994 by ICICI Limited as its wholly-owned subsidiary.

Today, the Bank’s presence spans 19 countries, including India, offering a wide range of banking products and financial services to corporate and retail customers.

Chanda Kochhar has been ranked as the most powerful business woman in India in the Forbes' list of 'The World's 100 Most Powerful Women 2013'. 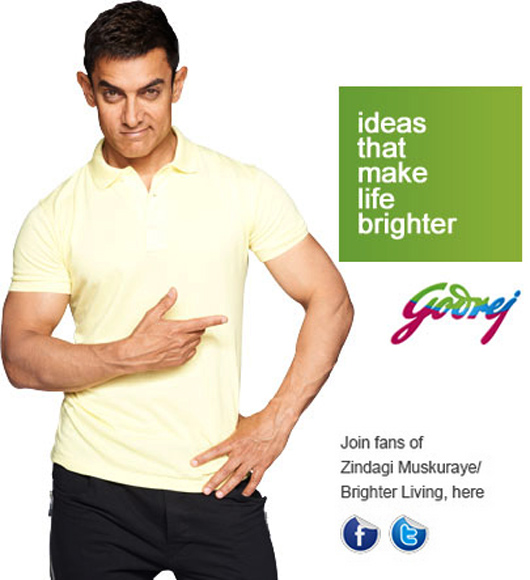 Established more than 100 years ago, Godrej Group is one of the largest and the oldest conglomerates based in Mumbai.

The group is known for several pioneering initiatives. In 1897, Godrej Introduced the first lock with lever technology in India.

It also made the first ‘Indian safe’. In 1920, Godrej made soap using vegetable oil, which was a huge success.

GCPL ranks 6th in ET-Hewitt Best Employers of India survey. The company’s flagship brands Goodnight, Cinthol and Ezee have been selected Superbrands by the Superbrands Council. 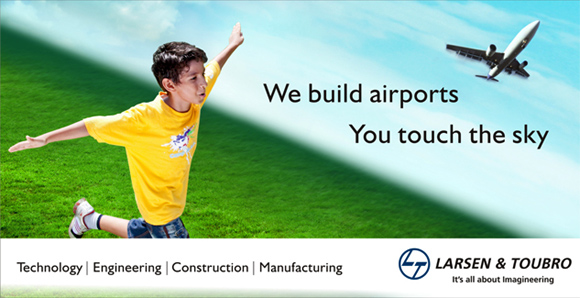 A small venture started by two Danish friends, Henning Holck-Larsen and Soren Kristian Toubro in 1938, has turned into a remarkable $14 billion technology, engineering, construction and  manufacturing company with global operations.

The duo left Europe to start a venture in a challenging environment in India. Starting off with the import of machinery from Europe, L&T then carried forward with more engineering and construction projects to become the ‘bellwether of India's engineering sector’.

It made rapid progress in setting engineering benchmarks in terms of scale and complexity in key sectors including infrastructure, construction, hydrocarbon, defence and power.

“A strong, customer-focused approach, conformance to global HSE standards and the constant quest for top-class quality have enabled the company sustain leadership in its major lines of business for over 75 years,” says the company.

L&T is ranked 4th by Newsweek in the global list of green companies in the industrial sector. Forbes has ranked L&T as the 9th ‘Most Innovative Company’ in the world.