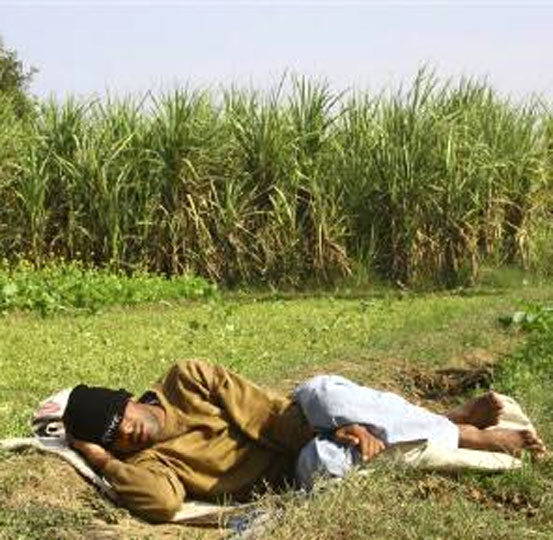 Image: A farmer sleeps next to a sugarcane field in the village of Dumchhedi in Punjab.
Photographs: Ajay Verma/Reuters Rajendra Jadhav in Mumbai

India's plan to double gas prices from April threatens to hit government efforts to cut its fiscal deficit, as higher production costs for the country's most widely used fertiliser force authorities to raise either farm or food subsidies.

India last year approved a hefty rise in gas prices to around $8.40 per million British thermal units in a bid to boost returns for local producers, spur investment in the industry and ease acute power shortages.

Gas accounts for nearly 80 percent of the production cost of urea, a nitrogenous fertiliser that consumes more than half of the $11 billion India spends each year subsidising farmers for selling fertilisers at below the cost of production. 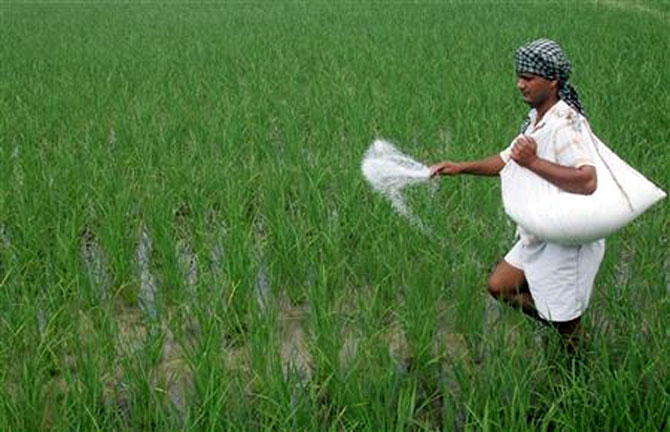 Urea prices are set by the government, which has said any increase in the cost of production would be met through a higher subsidy for manufacturers. A less politically palatable alternative would be to allow manufacturers to pass on the costs through higher prices.

Fearing a backlash from the politically influential farm block, the government has already held urea prices well below those of alternative potash and phosphate-based fertilisers whose producers have been allowed to raise prices since 2010.

The fertiliser subsidy bill has tripled in the past seven years. The government has allocated Rs 67,970 crore (Rs 679.7 billion) in 2014-15, but Chander says the figures stands well short of what's needed given the impact of the gas price hike. 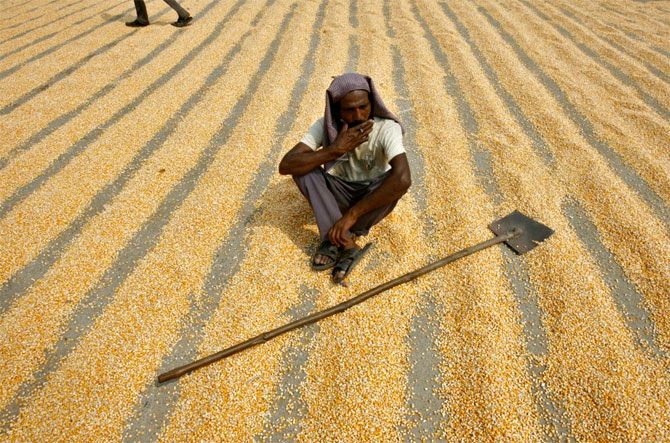 Image: A laborer smokes while taking a break from spreading maize crop to dry at a wholesale grain market.
Photographs: Reuters

In a bid to avoid a potential ratings downgrade, Asia's third-largest economy aims to cut its fiscal deficit to 4.1 per cent of GDP in 2014-15 by lowering fuel and fertiliser subsidies.

But even allowing the urea price to rise is unlikely to trim the government's subsidy burden, analysts say. 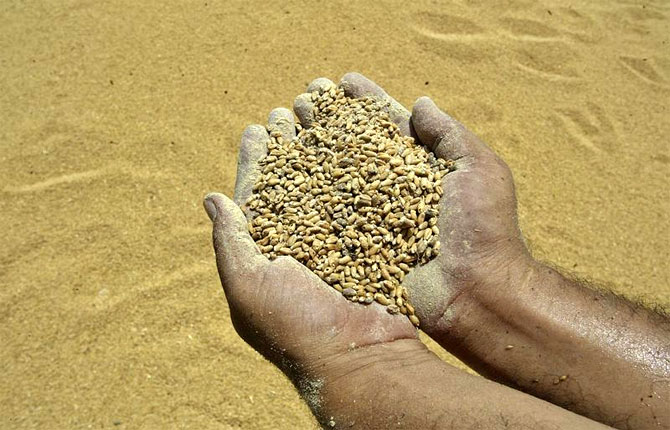 Image: The rise in food grain prices will be reflected in the government's food subsidy.
Photographs: Reuters

India buys food grains from farmers at a predetermined support price and distributes them widely at discounted prices in an effort to lower rates of malnutrition.

"The government fixes support prices considering input costs. If the urea price goes up, then it has to raise the MSP (minimum support price) of food grains," said Harish Galipelli, vice-president research at Inditrade Derivatives and Commodities.

"The rise in food grain prices will be reflected in the government's food subsidy. It has promised to provide subsidised food grains to the poor." 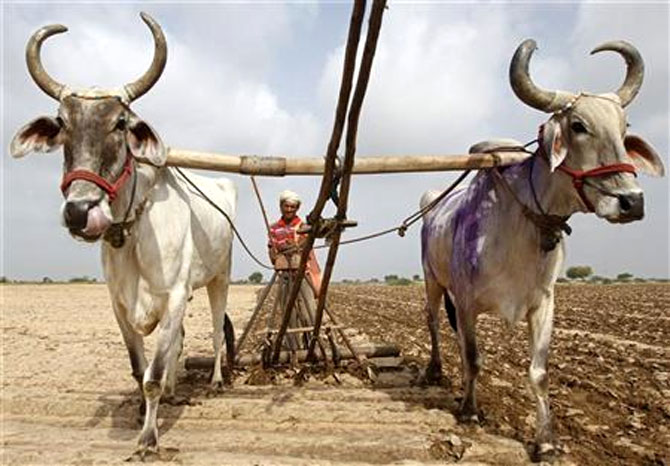 Image: A farmer ploughs his field to sow millet seeds against the backdrop of pre-monsoon clouds at Shapur village in Gujarat.
Photographs: Amit Dave/Reuters

Farmers are already protesting the recent price hikes in potash and phosphate-based fertilisers and are demanding a big rise in prices for food grains, sugar cane and cotton.

This complicates the government's task of raising urea prices, which is also aimed at curbing excessive usage of the fertiliser that threatens soil fertility.

"The price of every farm product should be raised in sync with rising input costs. You can't sell fertiliser at higher prices without raising the support price," said Raju Shetty, a farmers' leader from Maharashtra and a member of Parliament. 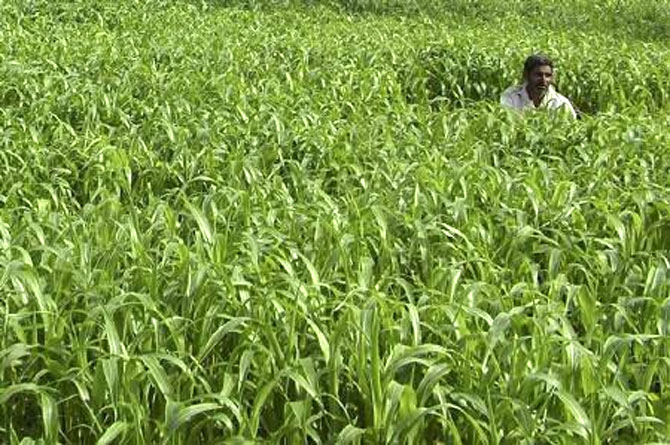 Image: The new government has to take a call on urea prices.
Photographs: Amit Dave/Reuters

The government last raised the urea price substantially in April 2010, but has since deferred any decision.

"The new government has to take a call on urea prices," said a fertiliser ministry official, who declined to be named.

India's election is due to start on April 7 and a new government will be formed only after mid-May.

"The decision is unpopular. I don't think the new government can take that decision in its first few months. It may even defer the decision to 2015/16," the official said.