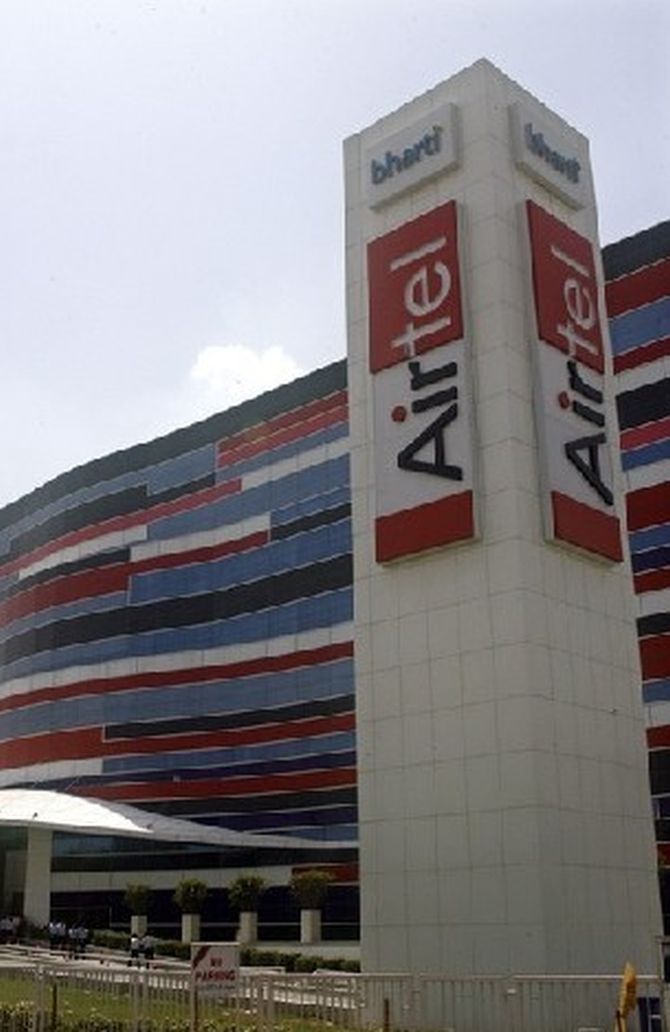 Global brands may be aggressively bidding for ad slots for the upcoming FIFA world Cup 20014 which will kick-start in June. Nevertheless, brands like Airtel, Nike and Star Sports are pushing for popularising the sport in India. And, this can be seen from initiatives they have undertaken to train young sports enthusiasts for football.

It may be a religion in the country, but cricket is no mean affair. It takes huge amounts of investments and marketing resources, and the controversies around it are never-ending. Thankfully for brands, football is increasingly emerging as a viable option to invest in as more and more viewers find a hook in the game.

Football gathering critical mass beyond the soccer-loving states of West Bengal, Kerala and Goa has not been lost on brands such as Nike, Airtel and Coke. In the run-up to this year’s FIFA World Cup, they have stepped up their association with the game at many levels. 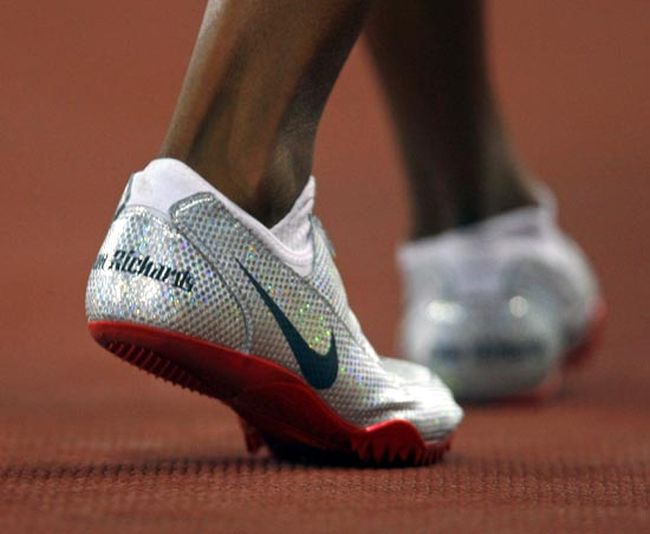 Image: Nike is a commercial partner with the Indian Football Federation
Photographs: Reuters

Even though the opportunities to associate with national level leagues are still hard to come by because very few exist, brands are investing in football at the grassroots level.

Nike, which is a commercial partner with the All India Football Federation, has been conducting a tournament for the under-15 players, called Manchester United Premiere Cup (MUPC) for the last nine years.

The annual tournament has become a platform to discover young talent who now represent the country at various levels of the game. This year, the MUPC has seen 27 under-15 teams participate from across India. 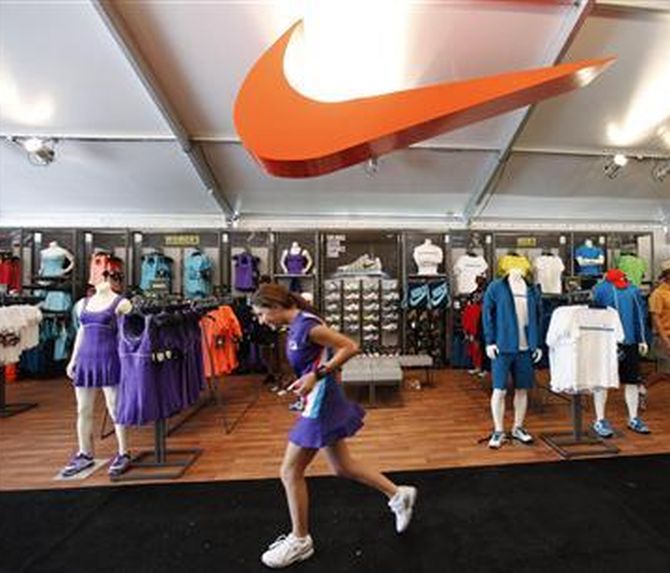 Image: After having global presence in football, Nike is keen to extend its philosophy to India in a big way
Photographs: Kevin Lamarque/Reuters

Avinash Pant, head, marketing, Nike India, says the company has a global focus on football and is extending that philosophy to India as well. “For us, it is important to be at the top line and grass roots.

The goal is to create a connect with the consumer and at the same time, be a part of the growth of the sport. Through MUPC, young footballers in India get an opportunity to compete on an international stage, bridging language and cultural barriers through the sport.

The tournament promises an extraordinary level of competition, training and opportunities for young Indian footballers to elevate their game”, he adds. 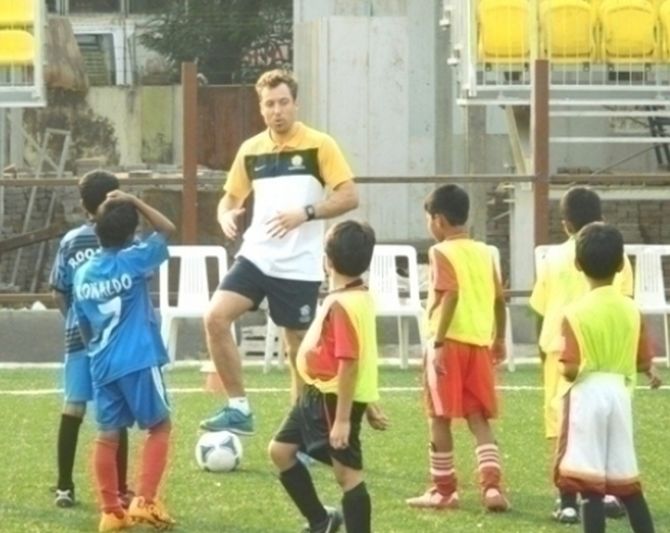 Another grass-roots level innovation undertaken by Nike is the Hypervenom Knock Out which helps strikers hone their skills through extensive tests in a unique one-on-one format that tests their agility and speed.

The 2013-edition of the competition saw 400 participants from Delhi, Mumbai and Bangalore compete to be the best striker of the lot.

To handhold talent after they turn 15 years, the sportswear brand has the All-Asia Football Camp that aims to identify and benchmark the best of the region’s upcoming talent, establish relationships with them, and offer them stand-out trials at elite clubs. 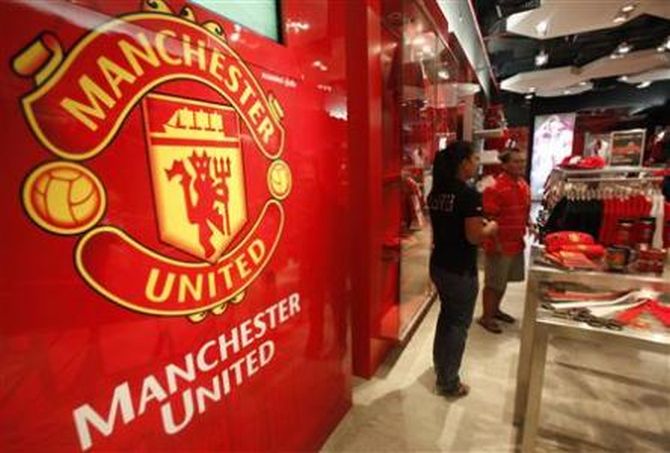 Manchester United is one of the few well-known clubs to be tapping Indian grass roots football, besides the indigenous clubs such as Mohunbagan and East Bengal in Kolkata and Salgaocar Football Club in Goa.

Apart from Nike, it has a tie-up with Bharti Airtel too.

The telecom giant has a three-month-long Inter-School Tournament-cum-talent hunt that involves participation of soccer players representing over 450 schools in various cities, as well as individual players, before some of them are picked to attend a week-long coaching clinic with Manchester United Soccer School coaches. Of course, Airtel customers also get exclusive access to Manchester United football content and match experiences. 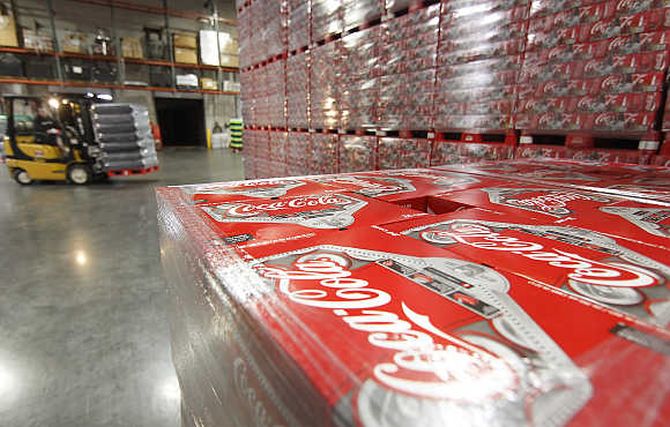 The operator has even launched an extensive television campaign to promote the competition and highlight the association between Airtel and Manchester United.

Coca-Cola too has taken up the onus of grooming under-15 football players with its U-15 Football Tournament.

Whether it is TVCs of Coca-Cola and Airtel that show the brands joining hands with the game’s afficionados, or Nike’s interactive social media efforts, the idea is to be a part of the sport at different levels. 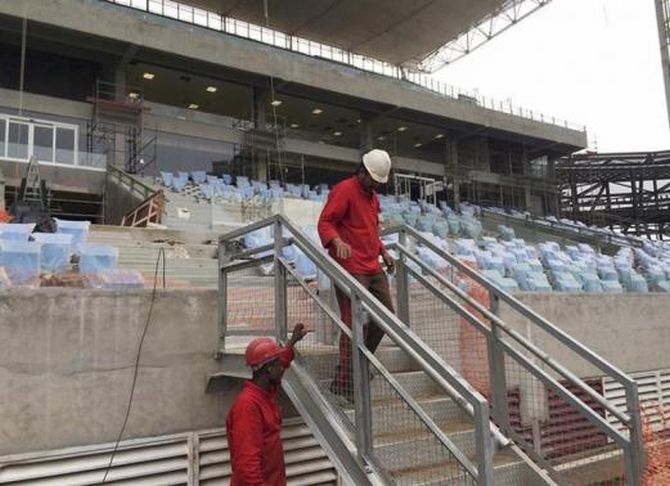 Image: The Arena Pantanal soccer stadium, which will host several matches of the 2014 World Cup, in Cuiaba
Photographs: Brian Winter/Reuters

Star Sports has been increasingly vocal about its intentions to push football as a popular sport, as well, in its own endeavours at the grass roots.

It has even bought a 30 per cent stake in the Indian Football League.

As Pant of Nike says, “We have two ways of connecting with the core audience – the football enthusiasts. The active players can be roped in through our on-ground activations which are demographically targeted.

Those who are passionate about the game, but do not play it actively or professionally, can get their fill of football through social media interactions on the Nike Football Facebook page”. 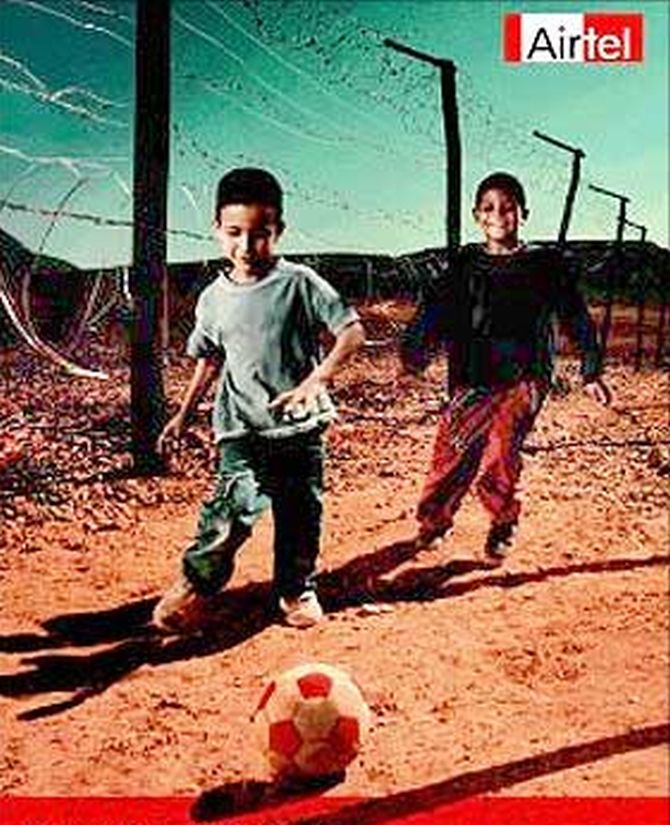 The social media community also provides Nike with a chance to interact and get feedback about its products from the end-users. In the case of Airtel, data usage is driven through the Manchester United content that is available exclusively to its customers.

So, in the end, the brands get to be involved with a sport that is fast gaining traction in the nation, at lower investments that cricket.

With the upcoming Indian Super League, chances are that more brands will take the plunge and football will see more above-the-line participation.