Image: A rally that's taken India's stock market to record highs faces a reality check as profits at some blue chips have been bolstered by non-operating items such as tax credits and investments.
Photographs: Danish Siddiqui/Reuters Abhishek Vishnoi in Mumbai

Recent share-price gains "would be futile unless operating margins and profits follow
A rally that's taken India's stock market to record highs faces a reality check as profits at some blue chips have been bolstered by non-operating items such as tax credits and investments, rather than by a revival in demand.

The reliance on "other income" to pad profits in January-March quarter results reported thus far indicates that an anticipated economic recovery has yet to take hold, and that the current rally may be running ahead of fundamentals.

Investors have been betting on improving profits. Earnings at 170 large and midcap Indian companies tracked by Thomson Reuters StarMine currently are expected to surge by an average of 17.8 per cent in the fiscal year that started in April, more than double the 7.7 per cent a year earlier.

Recent share-price gains "would be futile unless operating margins and profits follow," he added.

Both the NSE index, the country's biggest stock exchange, and the BSE Sensex, the oldest, have hit record highs since February. 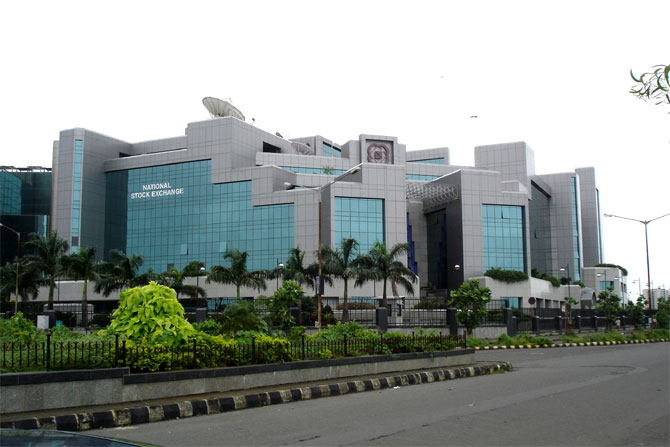 Image: A market rally for the NSE this year has been driven by bets of a BJP win.
Photographs: Courtesy, Wikimedia Commons

A market rally for the NSE this year has been driven by bets that the opposition Bharatiya Janata Party (BJP) will handily win elections concluding this month, and by hopes that India's economy is on the mend after hitting a decade-low growth pace.

Analysts had widely expected core earnings to recover after an analysis of 128 companies in the BSE 200 index showed operating margins fell to 14.7 per cent in the October-December quarter, the lowest since December 2008.

But those hopes have taken a knock from recent company results. 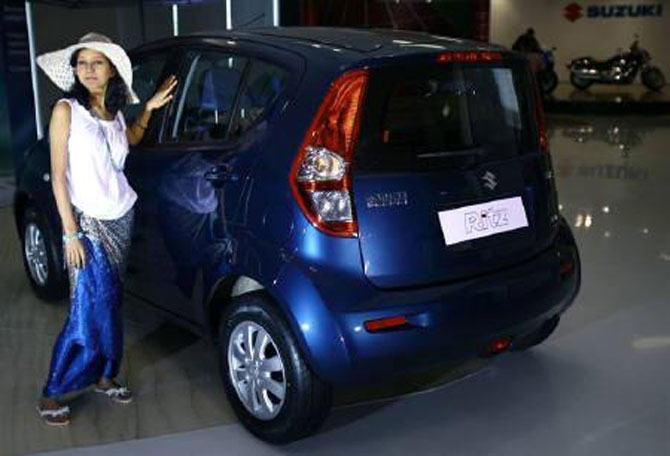 Making it worse, half of the entire net profit came from treasury income including investments such as mutual funds. Meanwhile, its sales in April were down 11.4 per cent on a unit basis from a year earlier, hardly a sign of revived demand.

Maruti Suzuki's reliance on non-operating items was much higher than over its previous two fiscal years, when other income accounted for a median of 32 per cent of earnings.

Shares of the auto maker - which is 56 per cent owned by Suzuki Motor Corp. of Japan - have fallen 5 per cent since earnings results compared to near 2.1 per cent fall in the NSE index. Earnings disappointment has been especially acute for infrastructure shares, which had surged because of hopes the sector would benefit most from any economic recovery and will be boosted by a BJP-led government focussing on new investment projects.

The earnings report showed that non-operating items, including a one-time tax credit, contributed 27 per cent of ACC's net profit, more than a median of 22.7 per cent in the last two years.

Other blue-chips such as Cairn India Ltd and Sesa Sterlite Ltd showed a similar reliance in other income.

For now, fund managers are willing to wait, given about half of India's blue chips are yet to post quarterly results, and because they are reluctant to miss out on a potential rally should the election outcome due on May 16 show the BJP winning an outright majority.

But patience is starting to get tested and some investors such as Phani Sekhar, a fund manager at Angel Broking in Mumbai, are looking to book profits.

"If better earnings don't come through or if the election results disappoint, then concerns over the market rally could be magnified by 10 times," Sekhar said.