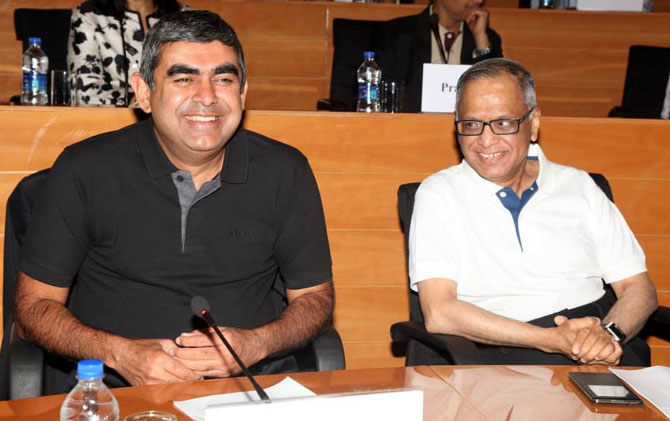 Company set to see its three co-founders - Executive Chairman Murthy, Executive VC Gopalakrishnan and Chief Executive Officer and Managing Director Shibulal move out in the next few months
The 33rd annual general meeting of Information technology (IT) services major Infosys, held in Bangalore on Saturday, was a landmark one, as six of the 11 board members, who addressed shareholders, would not be on the panel anymore.

The general refrain of the shareholders was how the company would deal with the vacuum this transition had created.

After having led by founding members over the last three decades, the Bangalore-based company will now be managed by a new team -- both at board and executive management levels.

While Murthy will end his one-year-long second stint at the board on October 10 this year along with Gopalakrishnan, Shibulal will step down from all his roles at the company on July 31. 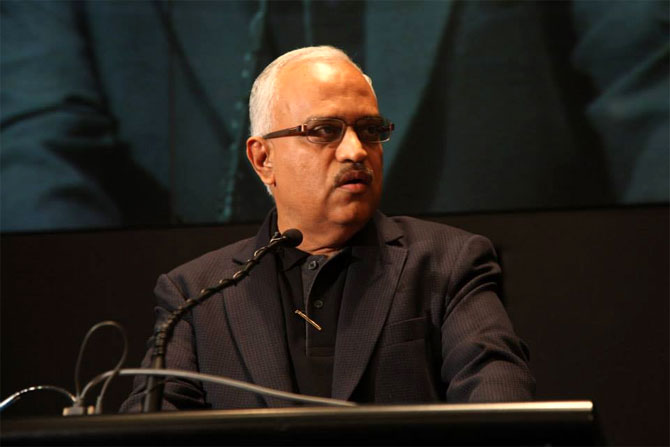 Srinath Batni, an Infosys veteran with 22 years of service and the company's head of delivery excellence, will step down from the board on July 31. Independent directors Omkar Goswami and Jeff Lehman will complete their terms and step down in December 2014 and April 2015, respectively. Independent Director Ann Fudge retired from the company's board on Saturday.

While the mood of bidding a sullen goodbye was prevalent even at Infosys' 30th AGM in 2011, when Murthy had retired (only to return to the company two years later to aid it tide over tough times), the Saturday's AGM, which was attended by over 400 shareholders, saw a high degree of maturity in accepting the development.

"You (Narayana Murthy) have already clarified in detail about your and your colleagues' departure. We respect the decision you all have taken for a smooth transition," said Tamal Kumar Majumdar, a shareholder from Kolkata.

A few shareholders, who have been associated with the company when it was earning only a few hundred million dollars annually, said they felt deeply connected with Murthy, the leader among the seven co-founders who set up Infosys.

"Murthy is the Brahma of Infosys and the IT industry. He is the saviour of Infosys; whenever Infosys is in crisis, he will come to the rescue," said K Sadananda Sastry, another shareholder. "You (Murthy) are the ultimate chairman for us, whatever may be your position," he added. 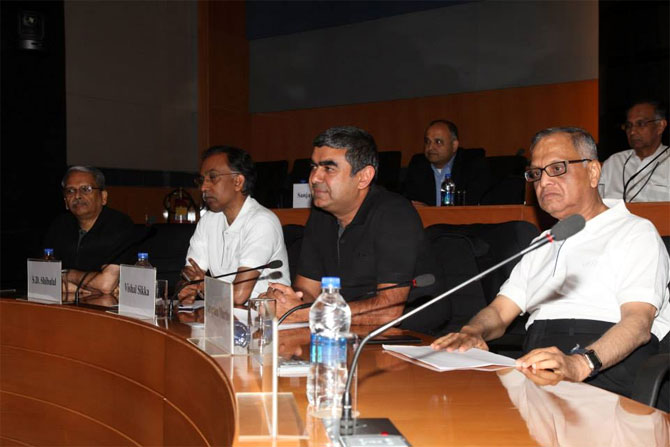 However, shareholders lauded the appointment of Vishal Sikka as new CEO of Infosys. He will take charge on August 1.

"Exits at the top level are a cause of concern. It was a little bit of a concern to decide whether to stay invested in Infosys, or not because there is a certain amount of stability that you expect. But we believe Sikka is the right man and a right choice that the company has made," said Sita Bhatt, a technology professional who has been a shareholder for the last 12 years. 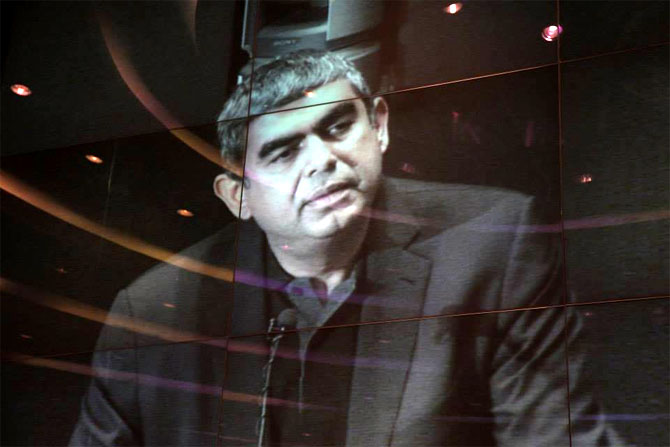 Yet another shareholder who introduced himself as Srinivas Rao said having a Punjabi (Sikka) at the top would make the company more aggressive.

"I really admire the selection of the new CEO. I have been following CEOs of many companies, so I find Punjabis are very aggressive as compared conservative south Indians. For example, HUL is ruled by Punjabis; so definitely I find a great future for Infosys and the new CEO," said Rao.

Some shareholders even mispronounced Vishal Sikka's name. A woman shareholder from Mumbai repeatedly referred to him as Vipul Sikha.