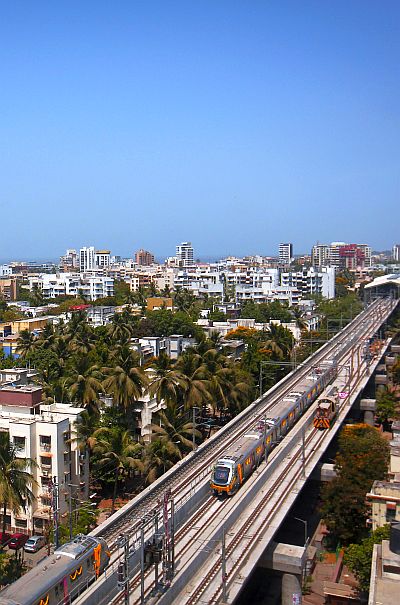 Mumbai's wait for metro services came to an end when Maharashtra Chief Minister Prithviraj Chavan flagged off the first service from Versova Station in the western suburb on Sunday.

The service was launched by Chavan along with ADAG chairman Anil Ambani at 10.10 AM.

The launch of metro services will revolutionise commutation of Mumbaikars, Chavan said after the launch.

With this service, the journey on the 11.4 km Versova-Andheri-Ghatkopar stretch will reduce to 20 minutes which otherwise takes around 90 minutes at present by road.

The launch of the metro services was, however, not without controversy as Chavan had on Saturday said that he will inaugurate the services only if MMOPL (Mumbai Metro One Pvt Ltd) adheres to the state government-notified fares. But, later on he agreed to flag-off the service.

Admitting that there was a dispute over the fares, Chavan expressed the hope that the issue will be resolved through court. 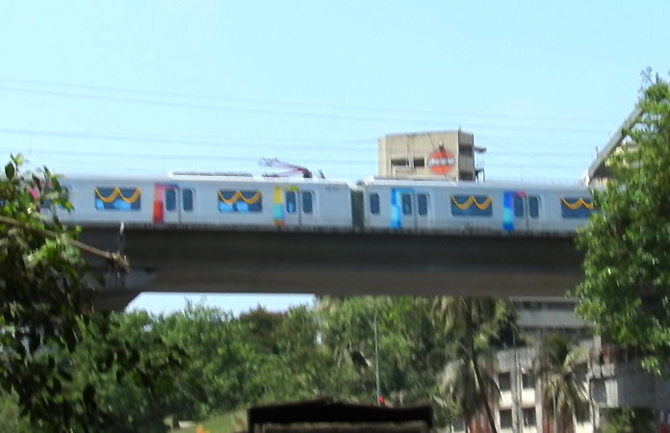 MMOPL director Debashish Mohanty had on Saturday said they would go ahead with the launch of the service today even if the Chief Minister does not come for the inauguration.

MMOPL and the state government have been locked in a dispute over the fares for quite some time. The operator fixed a minimum fare of Rs 10 and a maximum of Rs 40 for a one way journey, going against the Maharashtra government's notified fare band of Rs 9-13, citing cost escalation in the three-phase project, work on which began eight years ago. 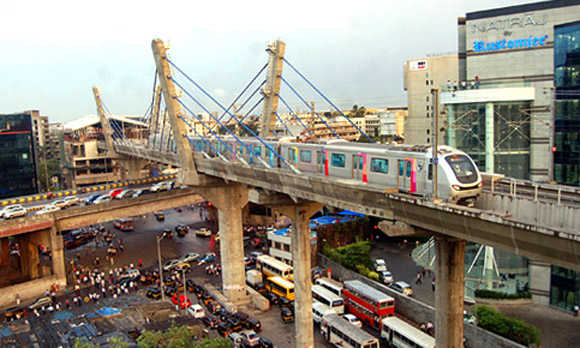 MMRDA has already moved the Bombay high court against the hike and the matter would come up for hearing on Monday.

The metro train services on the 11.4 km Versova-Andheri-Ghatkopar stretch, phase 1 of the project, will be available every four minutes.

MMOPL will operate 200-250 services a day, carrying around 11 lakh passengers. Every coach can carry 375 passengers, while the entire train can transport 1,500 commuters.

Over 70 lakh commuters use the suburban railway every day.

The metro service comes four months after the city got the country's first monorail between suburban Chembur and Wadala on February 1 this year.

Tags: MMOPL , MMRDA , Chembur , Versova-Andheri-Ghatkopar , Wadala
More
© Copyright 2022 PTI. All rights reserved. Republication or redistribution of PTI content, including by framing or similar means, is expressly prohibited without the prior written consent.
Print this
article