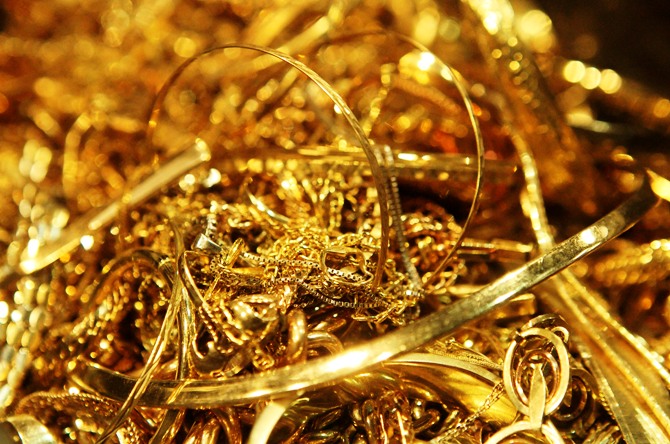 Squeezed by government rules meant to curb a surge in gold imports, India's bullion industry is shrinking, with banks and others opting to redeploy personnel for now but possibly facing big job cuts in coming months.

Refiners, jewellery manufacturers and retailers say they could start cutting jobs after Diwali, one of India's biggest festivals, in the first week of November as festive demand will have sucked supply dry. Some have already begun to do so.

Gold on the local market is now fetching a record premium of $130 an ounce to the global bullion price and that is expected to climb even higher because of coming festivals.

Bullion banks, who profited from huge volumes of gold imports until May, have begun shifting people from their gold desks to other teams. "There is no gold coming in so how do we carry on?

Consolidation is happening at the moment in the industry," said the head of one of India's biggest jewellery chains, speaking on condition of anonymity.

He said he had cut "tens of jobs" at his firm.

Gold is the second-biggest item on India's import bill after oil and, facing a record trade deficit and a plunging currency this year, the government imposed stringent rules with the aim of curbing demand for the metal.

These have slowed imports to a trickle: a mere 7 tonnes arrived in September versus a record high of 162 tonnes in May.

One of the new rules stipulates that 20 per cent of imported gold has to be re-exported. Exports currently equate to less than 10 per cent of imports, which means it will be hard to meet the country's estimated demand of 1,000 tonnes this year. 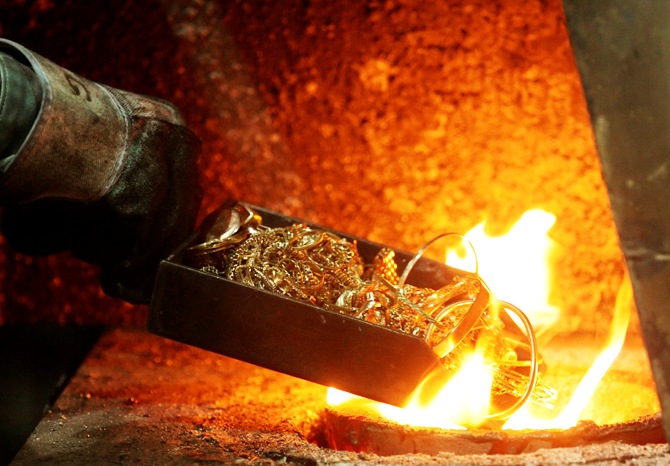 "It will get difficult for a jeweller to replenish gold after festivals. We are anticipating a transfer of workforce from the jewellery sector to others," said Bachhraj Bamalwa, a director at the All India Gems and Jewellery Trade Federation.

He said around 15 million people worked in jewellery manufacturing plus 1 million in sales, and that a quarter of them could lose their jobs if supply problems continued, an alarmist forecast that might put pressure on the government to rethink the import restrictions.

About 300,000 to 400,000 artisans from Zaveri Bazaar, India's biggest bullion market, have already moved back to their villages due to a lack of work, according to Bombay Bullion Association director Kumar Jain.

India has a population of 1.2 billion. 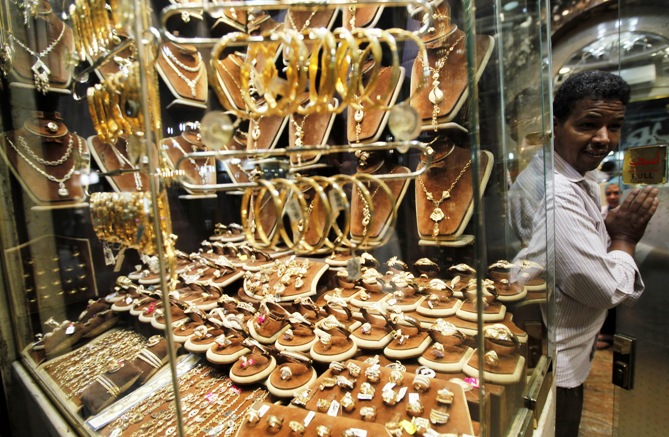 NO U-TURN IN SIGHT

Banks may be holding back until they see what a new government does after national elections due by May.

"They won't take a decision on job cuts as of now, but will wait until June next year to take the call after the new government is formed," said a source at a global supplier who is in regular contact with Indian importers.

In the meantime, some banks have opted to transfer personnel to other trading desks rather than sack them.

An employee with a private bank who was recently asked to move from the bullion desk to currency trading said: "We started the trading desk when demand was good, when there were no restrictions, but now the business has lost its charm.

"So management has taken steps according to the revenue stream."

All five people on the desk have been moved to currencies, this employee said.

Two other private banks, which imported a combined 100 tonnes last year, have redeployed a total of 10 people. 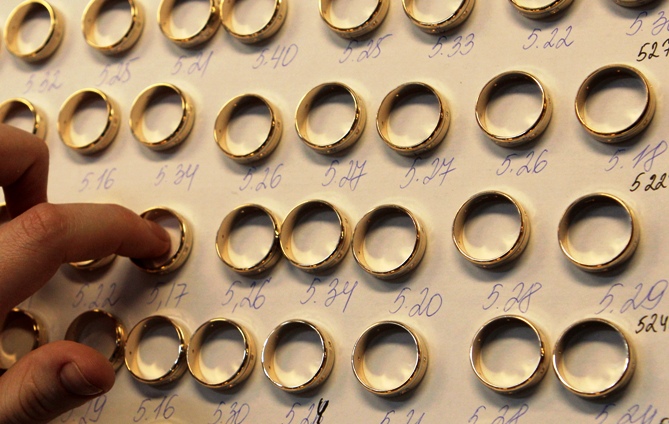 Bank of Nova Scotia is the biggest gold importing bank in India. Private banks such as HDFC Bank and IndusInd Bank and state-run banks also import.

For now, there's no sign of the government backtracking.

The Finance Ministry sent a letter to banks reiterating the rules last week, one banking source said, and three ministry officials said there were no plans to relax the restrictions.

Overseas banks and trading firms that supply to Indian importers have felt the impact and are shifting business elsewhere.

"Once a destination like India is being restricted, of course we will divert all our attention to China," said Bernard Sin, senior vice president of Geneva-based gold dealer MKS SA.

China is set to overtake India as the world's biggest consumer of gold this year, due in part to the curbs in India.