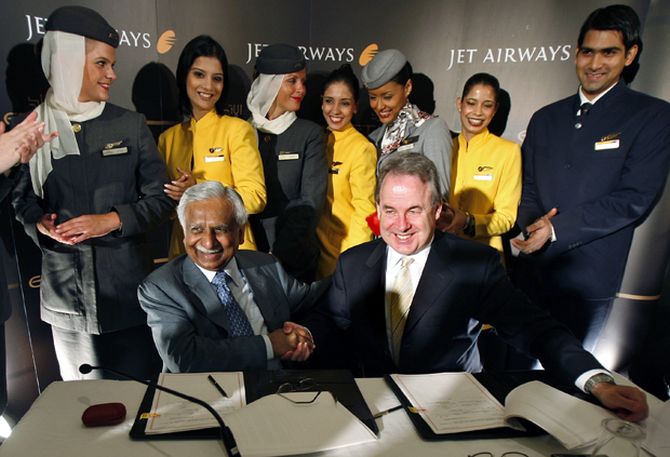 Private carrier Jet Airways and its 24 per cent equity partner Etihad on Thursday announced a 20-50 per cent special limited period discount on fares across 135 international destinations of the two carriers.

"Both economy and business class travellers of Jet Airways and Etihad Airways availing this special offer will enjoy a flat 20-50 per cent discount over regular fares, which is to celebrate the strategic alliance," according to a statement by the airlines. 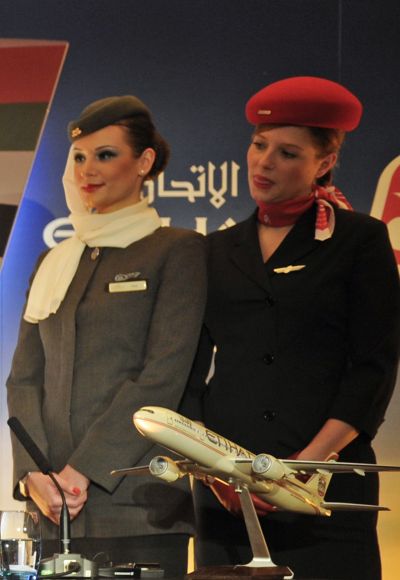 The offer, however, will be limited for tickets purchased in India and for travel in business and economy classes of both the airlines, it said. 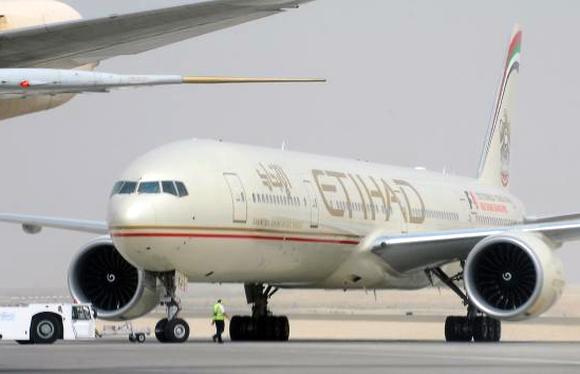 Naresh Goyal's Jet Airways became the first Indian carrier to accept investment from a foreign airline after the government relaxed foreign direct investment norms for the domestic airline operators about two years ago.

The Abu Dhabi-based carrier bought 24 per cent stake worth about Rs 2,060 crore (Rs 20.6 billion) in the Jet Airways last year, marking the first FDI by a foreign carrier.

Incidentally, Goyal was opposed to the very idea of allowing up to 49 per cent stake purchase in the domestic carrier by the overseas airlines, at the time the then government had sought to relax the norms. 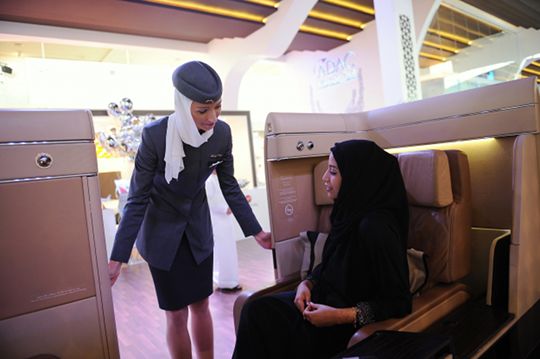 "The special introductory offer is a celebration to mark the formalisation of the strategic alliance between Etihad Airways and Jet Airways," Jet Airways Senior Vice President (Commercial) Gaurang Shetty said.

Etihad Airways General Manager in India Neerja Bhatia said, "This partnership has many benefits for all stakeholders be it the two airlines or the aviation sector.

“However, it is our customers who will benefit the most with more choice, better connections and good value for money."