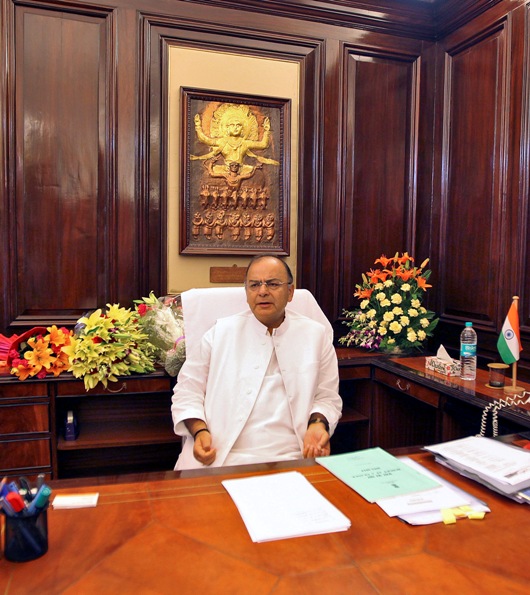 Keen to push the Goods and Services Tax, Finance Minister Arun Jaitley on Wednesday expressed desire to hold an early meeting with the state finance ministers.

He also asked revenue officials to appraise him of the developments on the GST through a separate presentation on the issue, sources said.

During a presentation by Revenue Secretary Rajiv Takru to the new Finance Minister, who took charge on Tuesday, the officials appraised him of the problems and challenges being faced on the revenue front.

Jaitley, according to sources, expressed keenness to meet state finance ministers on the GST, the new indirect taxes regime which will subsume various levies like excise, service and various local taxes. 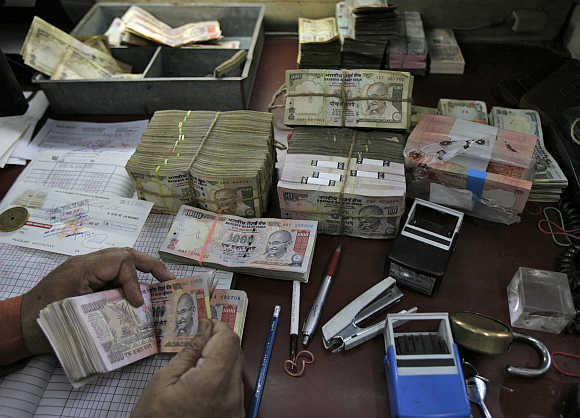 Image: The ruling party BJP in its manifesto has committed to 'bring on board all state governments in adopting GST, addressing all their concerns'.
Photographs: Reuters

The United Progressive Alliance government in 2011 introduced a Constitution Amendment Bill in the Lok Sabha to pave the way for the GST regime which aims at subsuming most of the indirect taxes at the central as well as the state levels.

The ruling Bharatiya Janata Party in its manifesto has committed to ‘bring on board all state governments in adopting GST, addressing all their concerns’.

Besides GST, Jaitley inquired from the revenue officials the reasons for failure in achieving the tax collection target.

The officials, according to sources, attributed the shortfall in revenue collection to moderation in industrial activity and slowdown in imports. 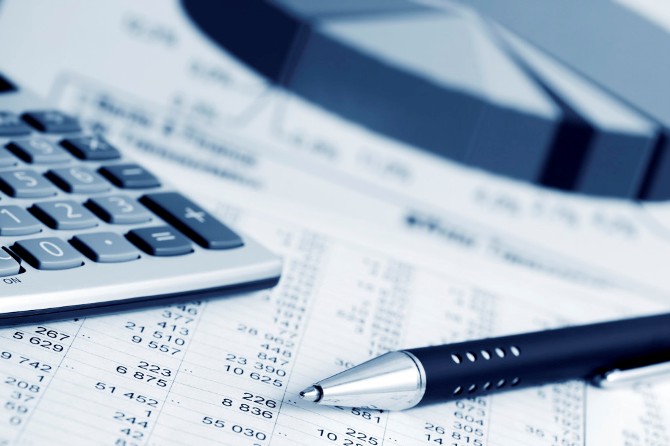 Image: The Index of Industrial Production remained almost flat during the 2013-14.
Photographs: Reuters

The Index of Industrial Production remained almost flat during the 2013-14, recording a marginal decline of 0.1 per cent.

Oil and non-oil imports in April declined by 0.6 per cent and 21.5 per cent to $12.97 billion and 22.74 billion respectively, indicating a slowdown in industrial activity as well as duty collections. 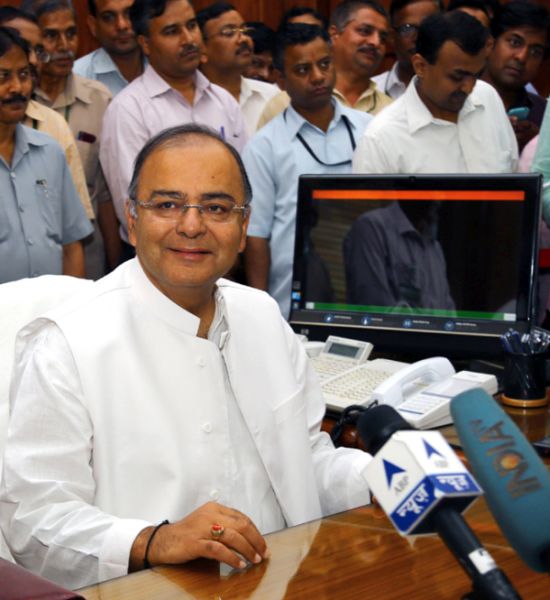 The issues concerning gold imports too came up for the discussions during the presentation.

The officials pointed out that hike in import duty on gold has led to increased smuggling of the precious metal.

The import duty was hiked thrice to 10 per cent last year and RBI too put several restrictions on the import.

However, the central bank has been gradually easing the restrictions.

Tags: GST , RBI
More
© Copyright 2022 PTI. All rights reserved. Republication or redistribution of PTI content, including by framing or similar means, is expressly prohibited without the prior written consent.
Print this
article