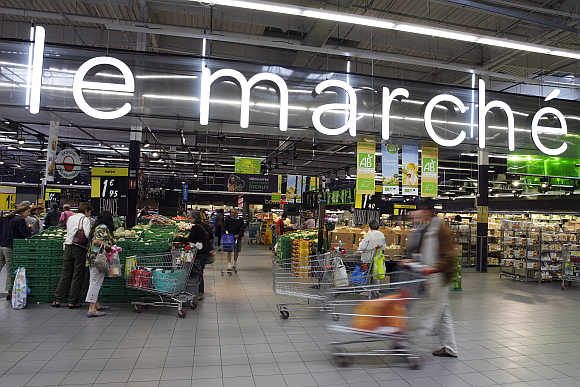 Carrefour, the second-largest retail chain in the world and the largest in Europe, has decided to exit India, less than four years after it opened its first store in the country.

It is learnt at a meeting on Monday afternoon, Jean Noel Bironneau, Carrefour’s country managing director, told senior executives the French company was bringing down the shutters on its India operations.

Before the announcement, Bironneau was away for three weeks.

About two months ago, amid buzz on Carrefour’s India exit, he had told employees not to pay any attention to ‘rumours’. 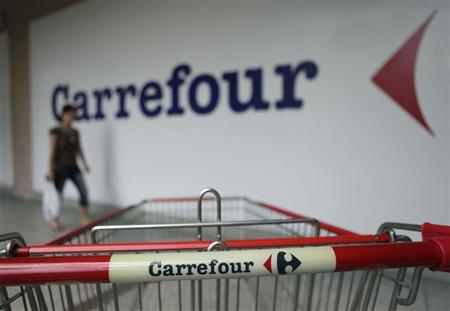 Sources said though the details were still sketchy, the company had decided to fold up operations in New Delhi.

Company spokespersons in India and France didn’t respond to Business Standard’s e-mailed queries on the matter.

For the Narendra Modi-led government, this will be the first setback, in terms of foreign investors pulling out of India. 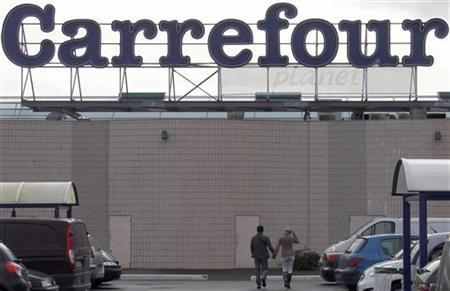 Image: Like Walmart, Carrefour operates cash-and-carry, or wholesale, outlets in India; in this segment, there is no restriction on foreign investment.
Photographs: Regis Duvignau/Reuters

The first proposal in the space came only a few months ago -- the UK’s Tesco sought to invest $110 million in opening supermarkets in India.

So far, no other multinational, including Walmart, the largest in the world, has applied.

Like Walmart, Carrefour operates cash-and-carry, or wholesale, outlets in India; in this segment, there is no restriction on foreign investment.

While the company hasn’t spoken on the reasons for its exit, analysts say many factors have played a part. 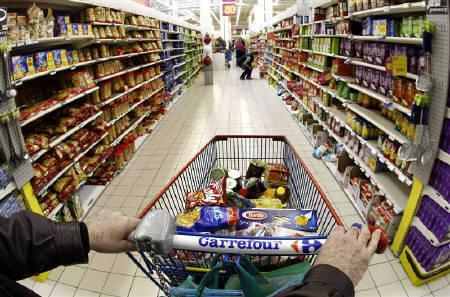 The company failed to rope in an Indian partner for its multi-brand foray; the mandatory sourcing from small and medium sector units added to its worries; business has been slow in Europe; cash-and-carry operations in India have been bleeding for Carrefour; and, more important, the National Democratic Alliance government has indicated it won’t clear any new FDI proposal in multi-brand retail, as that will hurt local traders.

The two had discussed ways to strengthen cooperation in key areas such as trade, investment and defence. 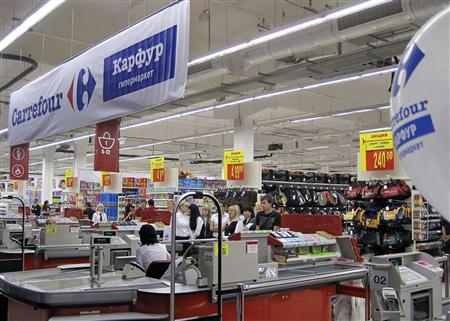 With global revenue of  Euro100 billion, Carrefour runs about 10,000 stores across 34 countries. While it started the first store (cash-and-carry) in India at the end of 2010, it has been present in Brazil since 1975 and in China since 1995. The chain is celebrating the 50th anniversary of modern diplomatic ties between China and France, and wants to expand in China in a big way.

In India, its five stores (in Delhi, Agra, Jaipur, Meerut and Bangalore) reported losses of $17 million (about Rs 102 crore) in 2012, on a turnover of Rs 190 crore. Carrefour is learnt to have invested a total of about Rs 300 crore in India since its entry.

India is the only Asian country in which Carrefour operates cash-and-carry stores. “This shows wholesale is not a part of the group’s overall strategy for emerging markets. Rather, it is a vehicle to stay invested in India,” an analyst said.

Rivals such as Walmart, Metro and Reliance are believed to be checking the Carrefour assets in India. KPMG is helping the French chain sell its assets and exit India. 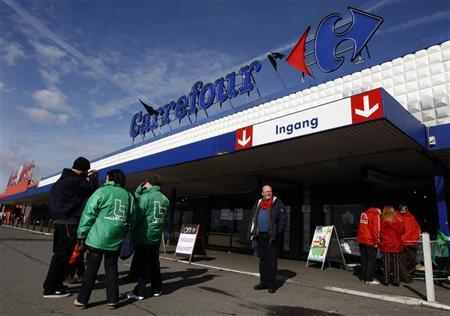 END OF THE STORY?