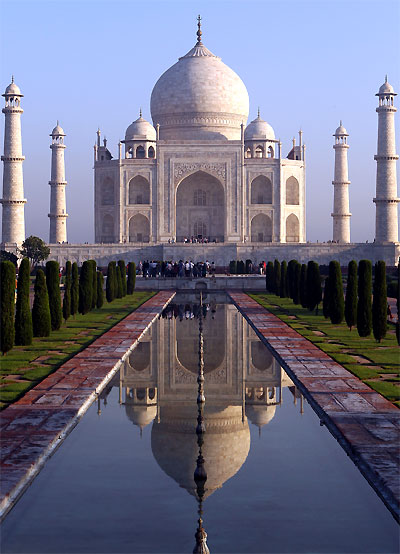 The complexities of Indian taxation system have become a sore point with American firms, says US Ambassador to India Nancy J Powell. In an interview, she tells Nayanima Basu, the US is looking forward to a relaxation in the norms for FDI in insurance and pension. Excerpts:

During his recent visit to India, US Secretary of State John Kerry pointed towards some ‘impediments’ that continued to hamper bilateral trade relations. But trade between the two countries is said to be on track to achieve the $100-billion target. What are those impediments?

Let me note the US-India relationship is on an unprecedented upward trajectory. I first worked in India 20 years ago. It was a different, not very positive story then.

Now, the challenge is to take the vision our two nations have for an extraordinary future together and make it a reality. Trade is one of the key areas where we are doing that.

To paraphrase Vice-President (Joe) Biden, there’s no reason why our trade could not be five-fold of that.

For us, the protection and enforcement of intellectual property rights, the removal of preferences given to domestic over imported goods and services, and the increased predictability of India’s tax regime are priorities. 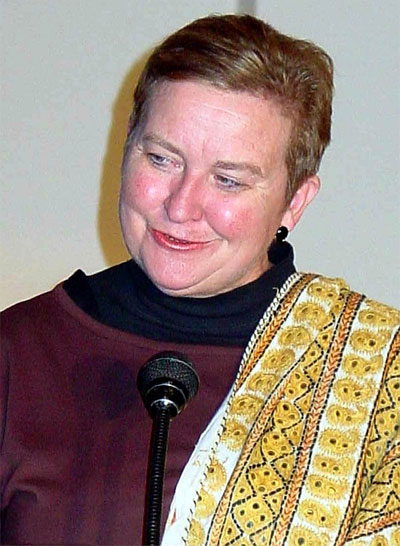 How is US industry viewing the recent relaxation in FDI norms?

India’s recent decisions to raise FDI caps in some sectors, and to streamline certain approval procedures, are seen as a positive step by the US business community.

It is also important that implementing regulations for these decisions be transparent and not impose conditions that serve as obstacles to the very investment the lifting of FDI caps is intended to encourage.

Also, as US firms continue to look for ways to be able to raise investment in these sectors, they also look forward to greater openings in insurance and pension, and to the removal of recent restrictions in electronic commerce and the pharmaceutical sector.

On the taxation front, apart from the proposed application of the General Anti-Avoidance Rule, US firms are also concerned about transfer pricing. They claim these are imposing enormous tax burden on them. But measures have now been taken to address concerns on transfer pricing. Are they satisfied now?

Fair, transparent, and predictable tax policy and administration are foundations of a strong investment climate.

Many US firms want to invest in India, in different sectors. We regularly have trade missions from states and cities that are eager to partner and invest.

But how Indian tax rules are applied to firms operating in India is a source of frustration for US firms and a factor they consider seriously in connection with any decision on investing in India.

We appreciate the government’s late-June move to revise regulations on transfer pricing related to research and development activities. This was a first step - only a first step - in the right direction, to help reduce investor anxiety.

The US remains hopeful India would continue to take more steps to engender investor confidence and boost FDI inflows. 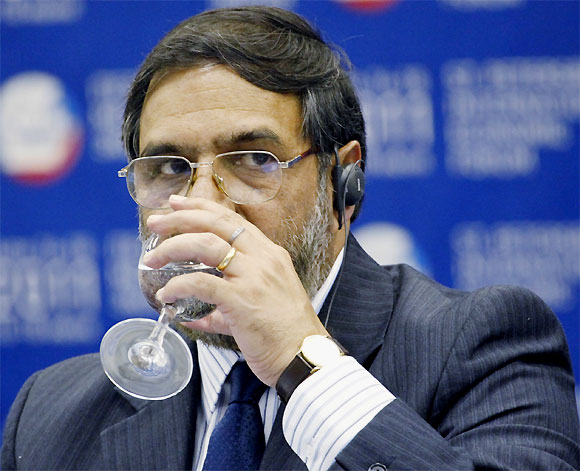 Recently, US Trade Representative Michael Froman highlighted India’s “deteriorating innovation climate” as an obstacle to do business here. The voices against the Indian IPR laws seemed to have gone louder after the Bayer-Onyx and Novartis cases. But India is well within the WTO rules.

As leading economies with a strong tradition of innovation, India and US can and should ensure supportive environments for innovators to achieve success.

Such environments, which provide strong and reliable IPR protection, are critical for developing globally-competitive industries and supplying the goods and services that meet the diverse needs of our populations.

During the USTR’s meeting with Commerce Minister Anand Sharma in Washington, he said US will “use enforcement mechanisms to press India” on IPR issues. Could you elaborate?

Unfortunately, recent actions have raised serious doubts about the innovation environment in India.

This includes the decision in the Novartis case which limits the patentability of certain pharmaceutical products and India’s decision to grant a compulsory licence over an innovator’s objections, based in part on the innovator’s decision to import its products, rather than manufacture those in India.

Some have sought to explain these actions on the basis of other domestic policy objectives.

We believe, however, that the right policy mix exists to maximise both innovation and those domestic policy objectives, and remain interested in working with India towards this win-win solution. 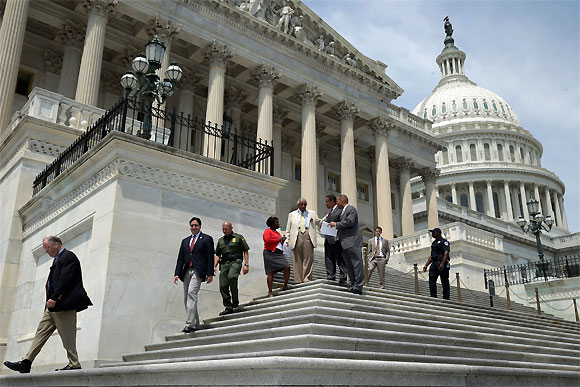 Will the US go ahead with the new restrictive measures on skilled non-immigrant visas that are being discussed as part of broader immigration reform proposals?

Comprehensive immigration reform is a priority for President (Barack) Obama. We hope the legislation will move forward in a timely manner, and I do not want to get ahead of that important debate.

India has also raised strong concerns over the US attempting to restrict movement of Indian professionals. What are you doing in that regard?

Indian nationals and businesses benefit from the US’ H-1B and L-1 temporary worker categories more than nationals of any other country in the world.

In fact, our embassy and consulates in India issued more H-1B visas last year than at any other time in history.

Our transparent visa system benefits Indian nationals and businesses. India is our fourth-largest visa operation in the world - behind Mexico, China, and Brazil.

Over the past six years, we have increased consular staffing by more than 60 per cent and invested more than $100 million in updating and expanding consular facilities - opening a new consulate in Hyderabad (in 2009) and a new consulate facility in Mumbai (in 2011). 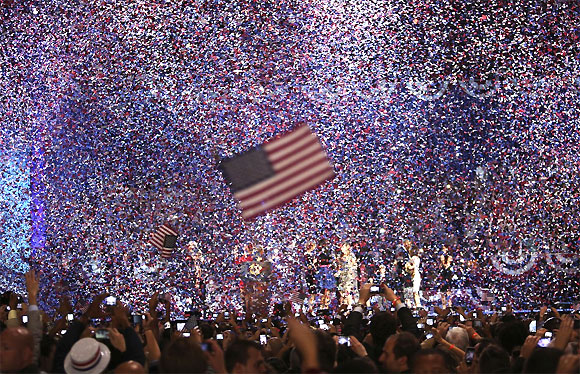 The US Senate recently raised sharp criticism on some of India’s “localisation measures” under which it is asking US companies to transfer technology to domestic firms or produce locally to get more access in the markets here. What’s your take?

India has an incredible resource — its youth — which some call its demographic dividend. That is why it is critical for India to develop its manufacturing sector to create jobs for the more than 300 million youth entering your the labour force. But localisation measures create preferences for domestic goods and services to imports.

This discourages outside investment in manufacturing and holds back the globally-competitive industry that India seeks. That is why you generally do not see localisation measures in countries with strengthening economies.

Instead, manufacturing policies that are predictable and transparent will bring the investment that will accelerate India’s growth.

This can be achieved by addressing many tough issues that the Indian government has already identified as key obstacles, including land acquisition, infrastructure development, labour restrictions, corruption, and the need for a larger skilled labour force.

This is a challenging task, but can be done. The US stands ready to partner in many of these areas.

For example, our Higher Education Dialogue in June focused on the development of community colleges which could train Indians to have the skills needed by today’s workforce.

That is what they do in America, and we hope to see some variant of this model in India. I should also note that four cooperative agreements were signed to share educational excellence between US and Indian universities. There will be more of these. 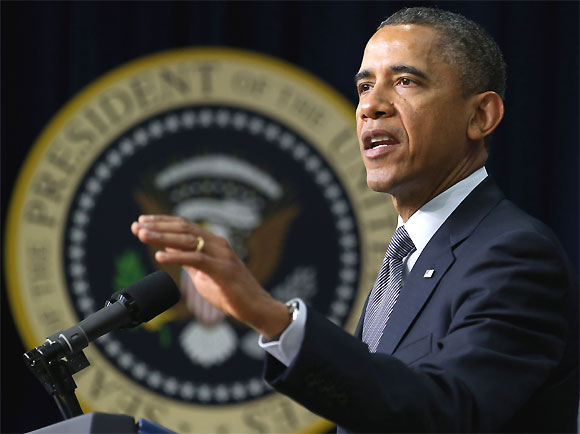 What is the US government doing in terms of extending GSP (Generalised System of Preferences) benefits for India? Industry here is concerned that the US is linking this issue with the concerns of American companies.

The GSP programme expired on July 31, 2013. India was its largest beneficiary in 2012. As the US government consults with the Congress on the future of GSP, it will examine options that take into account both the needs of the world’s poorest countries and the growing competitiveness of many emerging market GSP beneficiaries.

For the record, the Obama administration supports Congressional action to extend the GSP programme and is working with the Congress towards that end.

Why is the US not considering India’s persistent requests to finalise the Totalisation Agreement?

The US cannot enter into a Totalisation Agreement with India at this time because India’s public retirement scheme does not meet the specific, objective requirements under the US law.

We encourage India to keep us informed of reforms to the Indian public retirement scheme. That will allow us to pursue consultations. 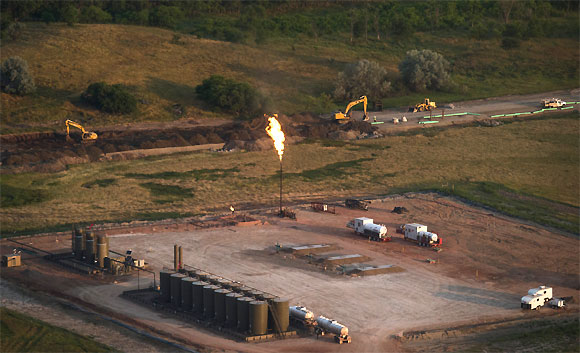 India is also interested in sourcing LNG from the US. Are you keen in helping India?

We understand that India has significant domestic energy needs and those needs are a topic of very frequent discussion in our Energy Dialogue. We remain committed to working with India to identify alternative sources of supply to fuel its growing economy.

We are supportive of India’s efforts to seek stable supplies of natural gas. We have a robust programme on unconventional gas cooperation, including shale gas resource assessment and technical exchanges.

Gail was one of the first to sign a deal to exploit this new supply for Indian markets. The Department of Energy continues to review on a case-by-case basis all applications from private companies to export LNG to non-free-trade-agreement (FTA) countries, including India.