Sign in  |  Create a Rediffmail account
Rediff.com  » Business » I am still in wait-and-watch mode on India: Jim Rogers

Calendar year 2014 has been a good year so far for most global equity markets.

Jim Rogers, chairman of Rogers Holdings and author of Street Smarts: Adventures on the Road and in the Markets, explains his outlook to Puneet Wadhwa, including that on India, which needs to do a lot to put its house in order, he says.

What are the chances that the developing geopolitical situation creates a flutter in the world equity and commodity markets that takes investors away from allocating money to riskier assets?

Wars always affect all markets. When there is turmoil or fear, people are less likely to take risk.

War is not good for anything except commodities. In such a scenario, people prefer to put their money into commodities like lead, copper or wheat because they know those are necessary for war.

Likewise for gold. Thus, war is not good for anything except commodities. It is less bad for the people who win the war but in the meantime when there is uncertainty, people are afraid of investing and taking risk. 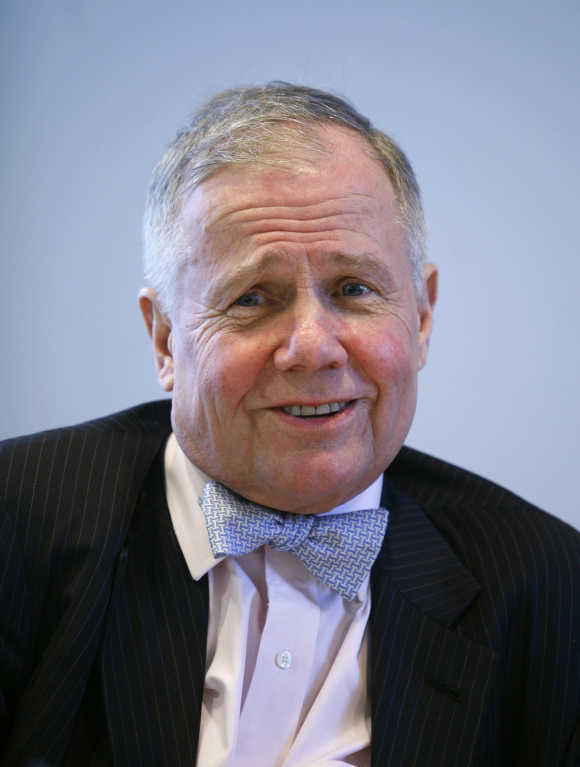 Given the geopolitical situation, which regions or economies would you still consider safe from an investment perspective, given the road ahead for the next six to 12 months, and why?

Well, there is no such thing as safe, if you ask me. In the investment world, there is always a risk of everything even if one holds cash.

You need to put your money in the right asset. I certainly would think that anything in Africa, South America or even parts of Asia might be safe or considered less dangerous than parts of West Asia.
I don’t expect geopolitical problems in Asia but who knows? The future remains uncertain.

So, some parts of Africa and South America appear less dangerous — but no place is absolutely safe.

What about the Asian region?

I don’t really think there are any Asian countries that are absolute safe bets, should Asia break out into some kind of conflict with the Japanese or the Chinese or the Koreans or Philippines. In that case, no place in Asia would be less dangerous.

How do emerging markets appear as an investment destination now, as compared to the developed markets? Which amongst the two is relatively better insulated, why and on what counts?

I would much prefer to judge each situation based on its own merit and invest in China or Japan, given that they are depressed, rather than Germany or America. 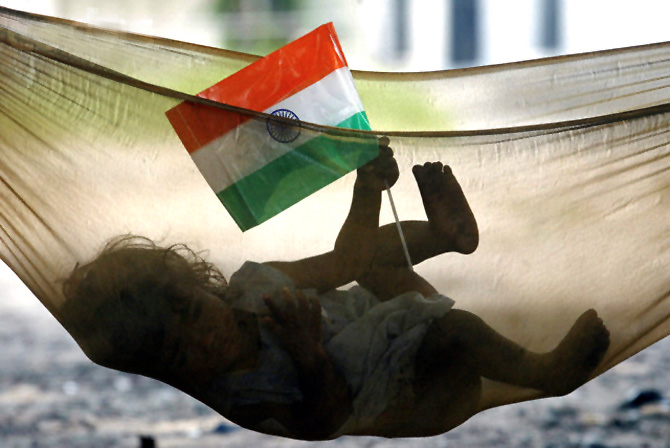 How do you see the Indian economy shaping? How do you evaluate the change of guard at the Centre and the recent policy measures announced by the new government? Does all this encourage you to look at India as an investment destination?

Well, yes. The new government has done a lot of smart things in its previous positions. I am still in a wait–and–watch mode as regards India.

The new government still doesn’t control the upper House (of Parliament), so, the Prime Minister can’t do everything he likes and the recent Union Budget really didn’t do very much. India still has a lot of internal problems.

Though I am not investing right away, I am keenly watching the developments unfold.

What are your key concerns on India? Have any of those been assuaged in recent months? Are there any policy measures that you would give a thumbs-up to?

The one thing that would make me probably invest in India is if the currency is made convertible and makes it legal and easy for foreigners to invest there.

Right now, it is very difficult to invest in India because the currency is not convertible and because it is illegal for foreigners easily to invest there.

This is absurd. If India claims where it wants to be – that it is a great economic power, which it could be some day – issues related to currency convertibility, high inflation, debt, ease of investing have to be addressed.

So, if the government does something on these issues, I will be very excited about India. You also need to cut bureaucracy.

India has the worst bureaucracy in the world and I haven’t seen anything quite like it. If these things change, India could be a very exciting place for me. 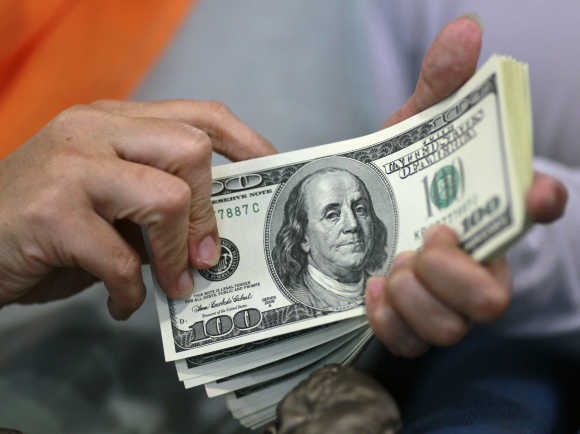 Do you think central banks across the globe, especially the US, could continue with the stimulus for a longer duration than as envisaged earlier, in this backdrop? What are the implications, then, for the global markets?

Anything can happen. What I suspect will happen is that America will continue to cut back a little bit but, eventually, it is going to have an effect on the market and then America will start printing money again.

But in the meantime, when America continues to cutback, Europe is coming into the market and printing more.

On the other hand, Japan and the UK are not cutting back. So, if the US cuts back for a while before it returns, Europe, it seems, will increase its money print.

In that context, it is better to buy US dollars rather than euros at this point. I don’t think any of these banks will stop printing permanently because when things start going wrong, they’re going to panic and print more. 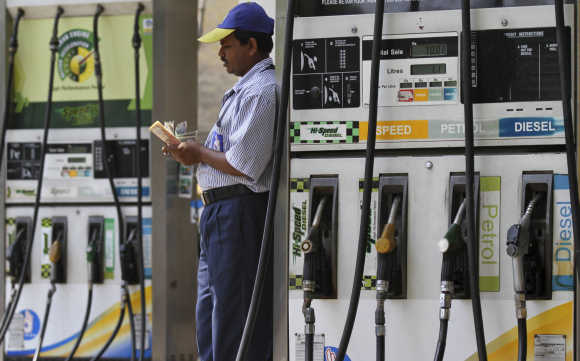 In terms of commodities, could oil prices be on fire again? What are the best and worst levels we can see?

If war breaks out, there is no top for oil prices. Who knows how high it would eventually go? I don’t expect war anytime soon.

But if it does happen, then one should definitely own all commodities, especially oil. Even without war, oil prices can move up, since oil reserves in most of the world are on a decline. The world is facing serious longer–term oil energy problems down the road.

Is there any broad price level you would like to indicate where oil can be over the next six to 12 months? 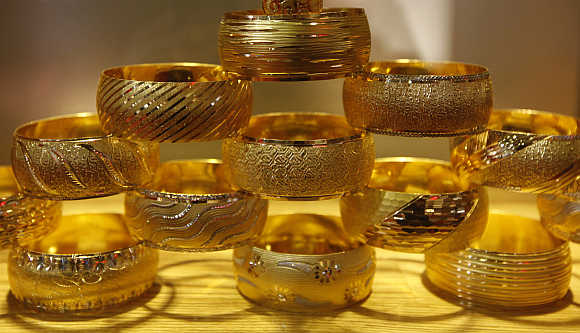 What about gold prices? Is it a good time to buy the yellow metal?

I own gold and I am not buying it now. But if there is war, yes! I would be buying gold if it goes higher. But I don’t expect so.

I am looking to buy gold on a decline. I do not know how low. Gold has not had a 50 per cent correction in 13 years and that’s very unusual. If gold prices corrected 50 per cent (and that’s not a prediction) and slip below $1,000 an ounce, I would buy more. But I am not buying gold at the moment.

Which other commodities, in your opinion, could see an increased investor interest and why? What about agricultural commodities?

I prefer agri commodities at the moment because their prices are down and have been down from a long time, which is leading to fundamental distortion in agriculture. Inventories, worldwide, are near historic lows as we have been consuming more than we have been producing.

More, we are running out of farmers worldwide. The average age of farmers in the US is 58, it is 66 in Japan, etc. There are very few young people going into agriculture. The world is facing a serious problem as regards agriculture.

I do own some base metals and I’m not jumping in to buy more at the current levels, unless there is war and base metals go through the roof. At the moment, I am just watching. 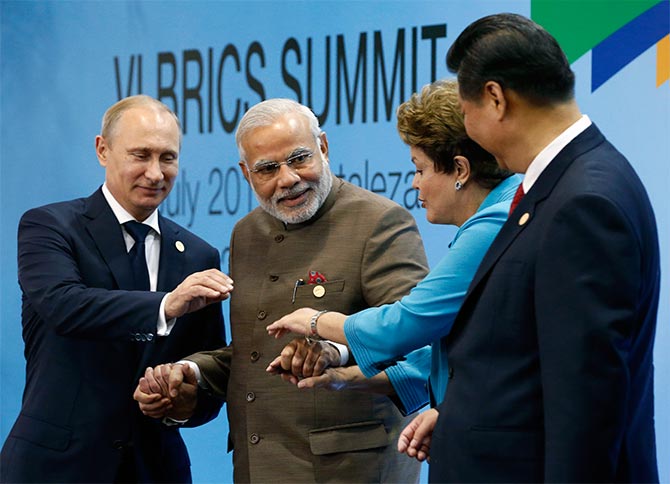 BRIC nations recently launched a $100-billion development bank. Do you see any merit in this? What does it mean for global currencies, especially the dollar?

I don’t know if they will be successful and they have not been successful with these things in the past. But the world does need something to compete with the dollar. Whether it starts with the Bric nations or someplace else, I hope it happens.

The dollar is an extremely flawed currency. The Americans are throwing their weight around and telling everyone what to do and I think it is absurd. It is making more and more enemies. As a result, some people/investors will move to an alternate currency. I hope the world will come up with a competing currency.

Do you think this can last, given that Russia is already engulfed in problems with its neighbours and Brazil, India are busy keeping their respective macro economic indicators in check?

As I said, the countries involved do not have a history of doing anything like this successfully – either together or as part of other groups or even individually. I am glad the effort is starting; let's hope these are successful. Though I don’t think this initiative will work, if successful, it can change a lot of things. The effort might also lead to a success somehow.

You have been bullish on the Chinese renminbi. What’s your view now on major world currencies, including the renminbi, the dollar and the rupee?

I own the dollar, since I expect more turmoil to come, and when it does, people will flee to the dollar because they think it is a safe haven. It is not a safe haven. In case of turmoil, and people flocking to the dollar, I would look to sell the currency as on a long-term basis. It does have serious problems.

I also own the renminbi and I am not selling it. I’ll buy more if it dips from the current levels. The fundamentals for the renminbi are less unsound. I also own the Japanese yen because a lot of people are negative on it. I do not own the rupee because India has big debt-related issues, balance of trade and inflation problems.