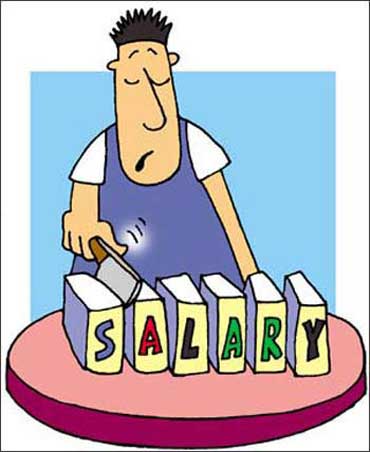 Apart from the many old rules, you need to be aware of a number of new ones to be able to claim your deductions well.

By this time of the year, most salaried individuals would have received mails from the human resource team at their organisation, asking for tax saving declaration(s) for financial year (FY) 2013-14.

So, many must be in the process of finalising their tax-saving investments and other deductions they intend to claim for this financial year.

Individuals would need to give the details of their investments with the declaration form.

If he/she fails to do so, they will have to take a huge cut in their next monthly salary.

The company will deduct applicable tax at source (that is, TDS) from their salary for the month of March in the financial year. Of course, individuals can later claim a refund from the income tax (I-T) department for extra payments. 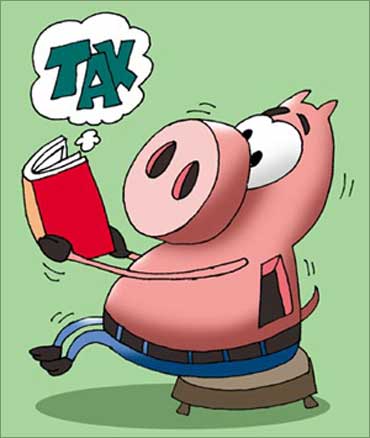 Here's a list of some tax rules and deductions announced in the last Union Budget and that you need to be aware of while making your declarations this year: 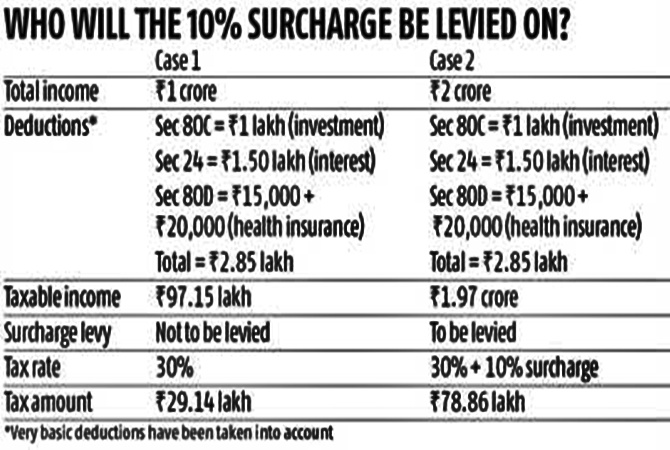 Instead of a introducing a new tax slab, the finance minister announced a surcharge of 10 per cent for taxable income of more than Rs 1 crore annually.

This will mean an additional burden of Rs 3-4 lakh on the Rs 1-crore income level," says Amarpal Chadha, partner, tax and regulatory services, EY. This surcharge is applicable only for financial year 2013-14, as of now. 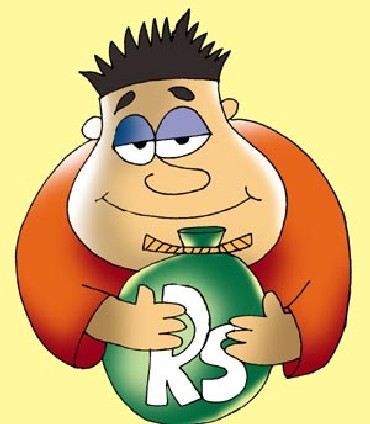 The Budget rationalised taxes for debt mutual funds. Earlier, the dividend distribution tax on debt funds such as monthly income plans (MIPs) was 12.5 per cent.

This was raised to 25 per cent for debt fund investors and a Hindu Undivided Family. Of course, the dividend will be tax-free at the hands of the individual. But the important point is that it will be deducted by the fund house before giving the dividend.

It is applicable without taking into account the income of the person. For instance, if a retired person invests in an MIP for his monthly needs and does not come under any income tax bracket, the tax will still be deducted from his dividend income.

This makes bank fixed deposits more attractive because the interest income from those are added to the income and the tax is levied in line with the income tax bracket. 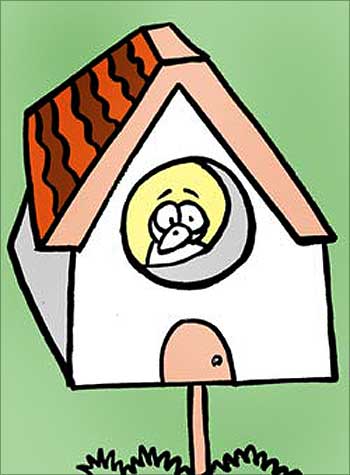 If you bought a first house this financial year, you are entitled to an additional tax benefit of Rs 1 lakh on the interest paid on that loan under section 80EEE. But there are a few caveats before you claim for this benefit.

"The value of the residential property bought should not exceed Rs 40 lakh. The loan taken to buy the property should not be more than Rs 25 lakh. Also, this deduction is available only to those assessees who don't own any other residential property on the date of sanction of the loan," says Suresh Surana, founder of tax advisory firm RSM Astute Consulting. If interest paid during the year is less than Rs 1 lakh, the unclaimed deduction can be utilised in the subsequent year.

Experts say the Rs 40 lakh value includes transaction taxes such as stamp duty and registration. Thus, if you purchase a flat of this value, you have to pay 20 per cent or Rs 8 lakh upfront.

For the rest (Rs 32 lakh), deductions can be utilised for loan amounts up to Rs 25 lakh. All purchases have to be made within 2013-14. Of course most experts feel this will only help those in
the periphery of metro cities and in Tier-II and Tier-III locations. 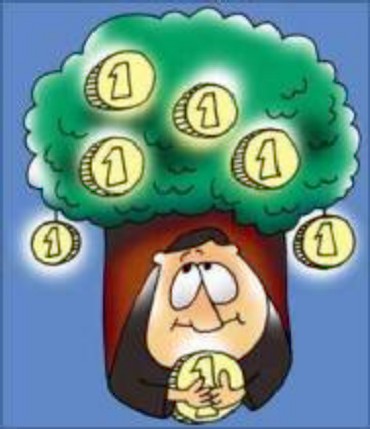 "There was a benefit brought in for the disabled and those suffering from ailments for paying life insurance premiums. They will get premium benefit of up to 15 per cent of the sum assured, as against 10 per cent earlier," says Gautam Nayak, partner of CNK & Associates.

Unfortunately, there are very few policies for such individuals.

Those earning an annual salary of less than Rs 5 lakh or the income bracket of Rs 2-5 lakh are entitled to a small rebate this year. The entire tax liability of an individual or Rs 2,000, whichever is lower, will be allowed as a rebate under Section 87A of the I-T Act. 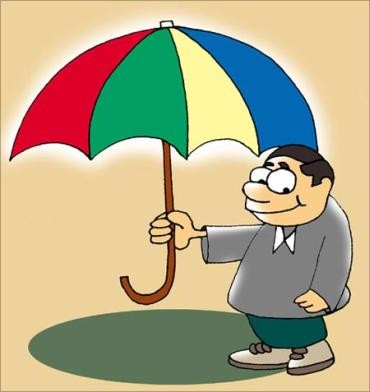 The minister announced plans to launch inflation-indexed bonds in the Budget. And, the Reserve Bank of India declared its first tranche of such bonds in December 2013, the Inflation-Indexed National Savings Certificate Cumulative (IINSC). It is linked to the Consumer Price Index (CPI); it can be used as a hedge against gold. IINSC is open till March 31, 2014 for investment.

"Most individuals follow the accrual method, as it is in sync with Form 26AS. Otherwise, you need to do a lot of paperwork when filing returns in the next year, as it complicates the return filing process. But you are free to choose any of the two; just be consistent all through," he adds. 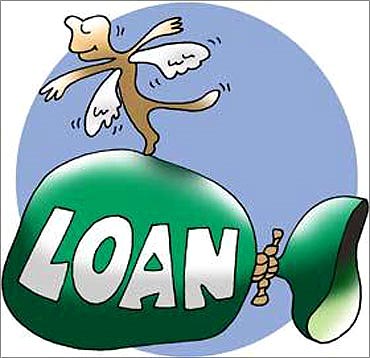 Though not a new addition, it has a bigger impact on salaried taxpayers. In an attempt to further tighten its grip on tax evaders, the I-T department now wants tenants to produce their house owner's PAN for House Rent Allowance (HRA) exemptions of Rs 1 lakh or more annually or Rs 8,333 monthly.

Earlier, the department asked taxpayers to produce a rent agreement or PAN card of the landlord if the monthly rent exceeded Rs 15,000, or Rs 1.80 lakh annually.

"If a tenant is not able to produce his/her owner's PAN, he/she must give a declaration to this effect from the owner, along with the name and address of the latter at the time of claiming HRA exemption," says Kuldip Kumar, executive director (tax & regulatory services) at PwC.

However, the circular is silent on whether the employee's HRA can be honoured in the absence of such documentation. "Because, the law or the I-T Act does not prohibit anyone from getting HRA benefits in the absence of owner details," says Gautam Nayak, partner at CNK & Associates. Section 10 (13A) on HRA benefits does not have any amendments done to the effect that HRA claims will not be honoured if the owner's details are not attached.

Even Section 139 (A), which talks about when to provide a PAN, does mention this case and neither does Rule 114(B), which pertains to transactions where PAN is mandatory, says Nayak.