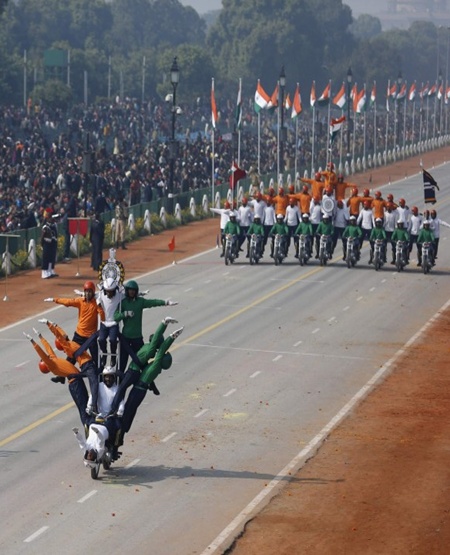 The most worrying aspect of defence budgeting is that the military’s long-term equipment planning is based on fundamentally flawed fiscal assumptions.

The interim Budget’s allocations for defence, which raise military expenditure by 10 per cent from the current Rs 2,03,672 crore to Rs 2,24,000 crore for 2014-15, are merely a fiscal bridge until the incoming government presents a final Budget.

With growth less than five per cent, the United Progressive Alliance has tried to signal that it is strong on national security.

Yet defence allocations remain below two per cent of gross domestic product (GDP), a low figure given India’s two-front threat perception from China and Pakistan, and its internal security challenges in Jammu and Kashmir, the Northeast and in the Naxal belt.

The figure looks better – close to three per cent of GDP – if one adds spending on defence pensions, nuclear forces and the Central Armed Police Forces (CAPF), which include organisations like the Central Reserve Police Force and the Border Security Force that play essential roles in internal security. 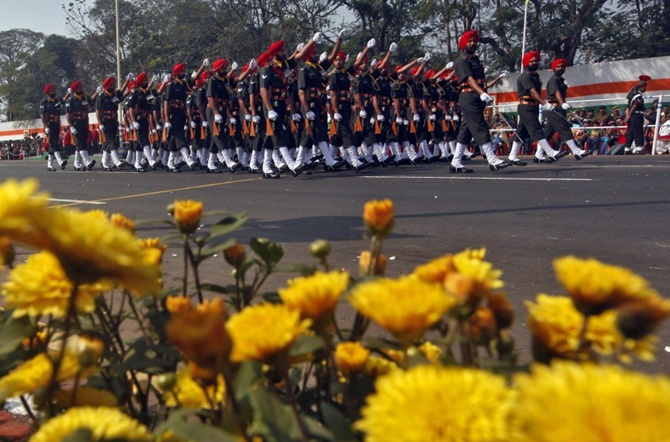 This is welcome, given that the CAPF’s heavy-handedness (and that of the J&K Police) in handling public protests in J&K in 2009 and 2010 created a national security crisis.

Directly courting a restive ex-servicemen community, which is also being wooed by the Opposition, the government acceded to a long-standing demand for “one rank, one pension”, or OROP.

This entitles soldiers, sailors and airmen who retired before 2006 – when the Sixth Pay Commission raised salaries and, therefore, pensions – to the higher pensions drawn by more recent retirees for the same length of service. This concession was not surprising, since Rahul Gandhi had virtually promised OROP to a group of army pensioners he met last Friday. 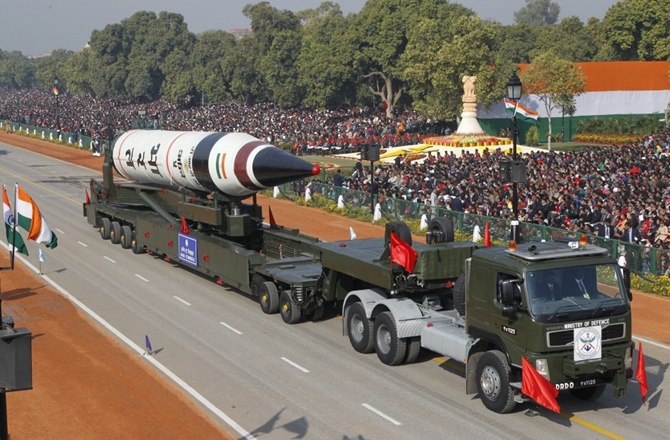 Through OROP, the government has reached out to a constituency of 12.6 million people, if one counts 1.4 million serving soldiers, 2.4 million pensioners, and a family unit of four for each.

The government has long opposed OROP because full and retrospective implementation would require a one-time payout of Rs 3,000-4,000 crore (Rs 30-40 billion) for arrears since January 1, 2006; and also an annual hike of Rs 2,000 crore (Rs 20 billion) in the pension budget.

To minimise the financial impact, the government has dispensed with the arrears, garnering the goodwill while handing the tab to the next government. 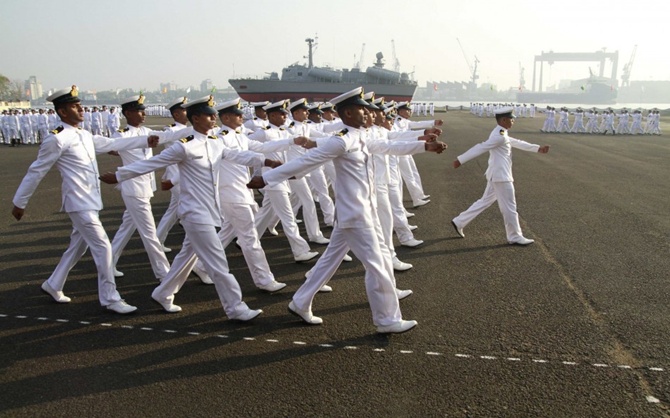 Defence pensions are not paid from defence allocations, but this rising figure is a reminder that growing manpower costs are blocking force modernisation. In 2013-14, just 42 per cent of the budget (it should be 60 per cent) was earmarked for modernisation, with 58 per cent reserved for running costs.

After Rs 7,868 crore (Rs 78.68 billion) was diverted in December from the capital to the revenue account, modernisation expenditure will fall to just 38 per cent this year. The interim Budget also allocates 42 per cent to modernisation, a sum of Rs 92,601 crore (Rs 926.01 billion).

But the decision to raise a mountain strike corps for the China border, which will add 80,000 soldiers to India’s already bloated 1,373,678-man military, could again result in money meant for weaponry being eventually spent on salaries and pensions.

Each year, equipment modernisation is blunted by predictable events; the same patterns dealing double and triple whammies to capital spending. Firstly, contracts concluded during preceding years build up instalments that must be paid, and which are known in advance. 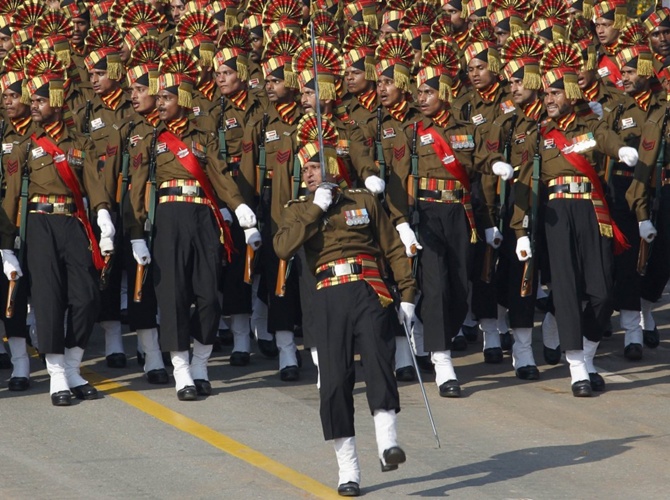 This year, the army was to hand out more than Rs 64,680 crore (Rs 646.80 billion) – 92 per cent of its capital allocation – to pre-committed expenditures, leaving it with just Rs 2,955 crore for new contracts. But capital allocations have ignored this trend, leaving less and less each year for new weaponry.

Thirdly, in a cosmetic exercise to reduce revenue spending, the government has shifted the purchase of several items from the revenue to the capital account.

These include new aero engines, spares for in-service aircraft, and several categories of trucks and vehicles. This jugglery does indeed reduce revenue expenditure, but also leaves less in the capital account for the purchase of capital weapons platforms that actually add to combat power. 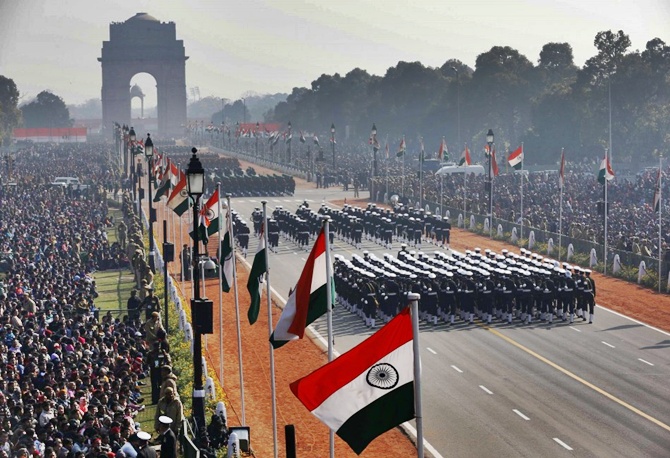 Finally, the most worrying aspect of defence budgeting is that the military’s long-term equipment planning is based on fundamentally flawed fiscal assumptions.

Crucial planning documents, like the Long-Term Integrated Perspective Plan (LTIPP) and the Five-Year Procurement Plan, envision the purchase of equipment worth lakhs of crores of rupees without any sign of the money being available.

Without a tri-service chief to take ownership of the planning process, the LTIPP assumes high GDP growth that long ago slowed and a stable foreign exchange situation. It barely caters for inflation, and it assumes defence allocations of about three per cent of GDP, while actual allocations are barely two per cent.

With the basics so out of sync with reality, it is hardly surprising that year after year spending is further out of line with planning and that budgeting is merely an activity done in February that is long forgotten by December.