After investing $29.36 billion (Rs 1.3 lakh crore) in 2010, foreign institutional investors (FIIs) do not seem too bullish on India.

Investment bankers and foreign brokerages expect fresh FII inflows to come down by almost a third - to $10 billion - this calendar year.

In an interview with Business Standard, Parul Saini, executive director of RBS Asia Securities, Singapore, said while inflows into Asia, including India, were expected to continue in 2011, there would be moderation.

"We think inflows will be in the ballpark of around $10 billion," Saini said. 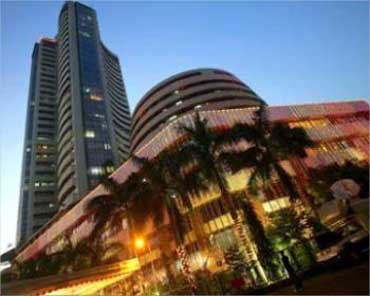 The main reason is the expected lacklustre performance of Indian equities as higher raw material and interest costs will start reflecting on the profitability of companies in the first quarter of 2011-12.

Most equity analysts believe FIIs have already written off fourth quarter results. All eyes are now on the first quarter of 2011-12.

Brijesh Koshal, managing director (investment banking) at Daiwa Capital Markets India, said, "India could attract anywhere between $10-14 billion this year. At this point of time, it has tough competition from other markets like Brazil, Russia and the USA, all of which are looking good. So, FIIs may return later in the year." 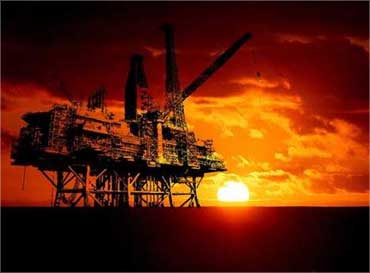 The crisis in the West Asia and North Africa (WANA) is making matters worse. Most FIIs believe that crude oil will stay volatile all through the year as WANA will continue to boil.

One country after another in the region has been in trouble. First it was Tunisia, then Egypt and now Libya. And Saudi Arabia seems to be warming up for action.

According to the RBS report, every $10 increase in the price of crude oil will increase India's current account deficit by 50 basis points and fiscal deficit by 20-30 basis points (because of the subsidy on LPG, kerosene and diesel).

Some FIIs said earnings were already under strain. According to Macquarie's regional micro-strategy report, "Here there be monsters...and treasure," dated February 21, the consensus 2011-12 earnings per share (EPS) growth forecast for MSCI India declined from 20.49 per cent a month ago to 18.77 per cent after the results of the companies were announced. 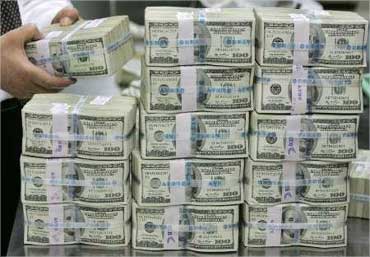 This has been driven by expected lower EBITDA (earnings before interest, tax, depreciation and amortisation) margins and higher interest costs.

However, it is widely perceived that analysts are yet to fully factor in the rapid rise in raw material and interest costs. This means more pain for the markets.

Many FIIs say some positive announcements in the Union Budget such as allowing foreign direct investment into multi-brand retail could have improved the country's food supply chain and reduced food inflation.

The gross domestic product (GDP) growth rate of 9 per cent could be a redeeming factor because Indian equities would then give 10-15 per cent returns. But a lower GDP growth rate would reduce inflows further.

"Returns of 10 per cent are not compelling for foreign investors," said RBS' Saini. 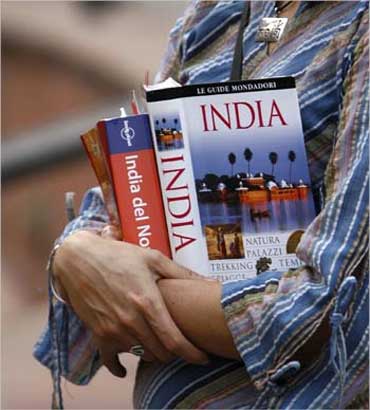 But there is optimism as well. Vaibhav R Sanghavi, director (equities) at Ambit Capital, said the markets should give a return of 15-20 per cent in 2011-12.

"In the beginning of this calendar year, we witnessed outflows because of worries over inflation and on the theory of developed markets versus emerging markets," he said, explaining the sharp decline of 15 per cent in the stock market in the first two months of the calendar year.

He said one would see inflows on the back of lower inflation, softer commodity prices and higher GDP growth.

Some sectors are likely to do well, despite the pressure of rising raw material and interest costs.

"We believe that banking should perform well on the back of falling inflation and controlled government borrowings. Infrastructure and auto sectors have got an impetus in the Budget," said Ambit's Sanghavi.