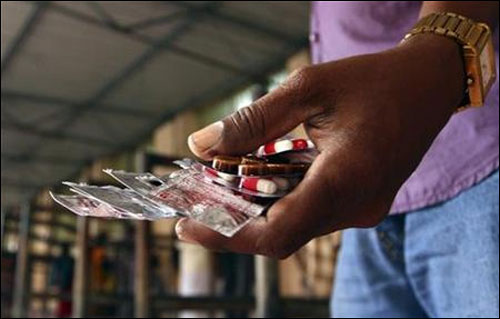 Major drug makers from India such as Ranbaxy, Cipla, Glenmark and Ind-Swift Laboratories will supply life-saving drugs to the Islamic Republic of Iran.

"Iran, faced with a shortage of life-saving medicines due to international economic sanctions, recently asked India for supplies. Following this, a 28-member delegation visited Tehran in mid-December to assess the requirement and negotiate other details for transactions. Payment for such transactions will be made in Indian currency and through UCO Bank," sources told Business Standard.

Representatives of various companies, including Glenmark, Ind-Swift and Hetero Drugs, were part of the delegation, headed by the Pharmaceuticals Export Promotion Council Of India (Pharmexcil) that visited Tehran as well as some other parts of Iran between December 17 and 19.

Pharmexcil Director General P V Appaji and officials of various companies confirmed the move. "The payment from Iran will be made in Indian rupees and through the UCO bank. However, the governments of both countries have assured the industry that companies will enjoy all the benefits that are available in dollar payment mode," Appaji said.

The request from Iran is mainly for bulk drugs, active pharmaceutical ingredients (APIs) and generic formulations to treat lung and breast cancers, brain tumours, heart ailments and other key diseases.

"The Indian pharmaceutical industry is known for supplying good quality generic drugs and APIs. We also have trade relations in other areas with Iran. That is the reason they have approached us," Appaji said.

Various Indian companies such as Ranbaxy, Cipla, Ind-Swift and others already have operations in Iran and supply key generic drugs to the Islamic republic.

In fact, there are concerns among certain sections of the Indian pharmaceutical industry that  companies like Ranbaxy and Cipla, which also have a significant presence in the US market, may go cautious while entering Iran as this may lead to trouble in the US, which is the world's largest drug market.

"The US is a major market for most Indian companies. On the contrary, Iran is very small. Its pharma market is pegged at $3.2 billion. So, it is likely that companies would act cautious on such proposals before going ahead. On the other hand, supplies through traders and the Dubai route are possibilities," an industry source said.

However, officials of companies, which have a presence in the US and European markets, said they had not faced any trouble so far and even planned to ramp up operations in future.

A Cipla official confirmed that the company is a leading supplier of generic drugs for oncology and respiratory problems. "We are present in 8-10 therapeutic categories in Iran and are a market leader there. We will continue our supplies," he said, on condition of anonymity.

Ind-Swift Laboratories Vice-Chairman and Managing Director N R Munjal also confirmed that the company was part of the delegation to Iran and is supplying APIs and generic drugs there.

According to Munjal, Iran is also seeking supplies from China and parts of Europe.

"There is anticipation that supplies from Europe may cease shortly due to sanctions. That is the reason they want to ensure additional supplies," he said.

On January 2, Iran's national security adviser Saeed Jalili said that international economic sanctions on Iran were not a "threat", but an "opportunity".

EU. However, western banks have been refusing to handle such transactions.