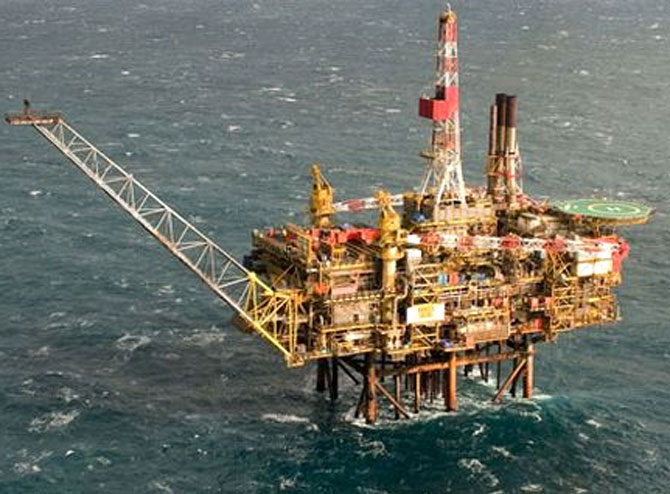 India has to cut its Iranian oil imports by nearly two-thirds from the first quarter after the United States asked it to hold the shipments at end-2013 levels, in keeping with the nuclear deal easing sanctions on Tehran, Indian government sources said.

India, with the increases already made in the January-March loading plans from Iran, has to cut its purchases of the crude to about 110,000 barrels per day (bpd) to drop its intake average to 195,000 bpd for the six months to July 20.

Under the November 24 agreement between Iran and six world powers, the OPEC member was to hold oil exports at "current volumes" of about 1 million bpd, and a message delivered by a top US energy policy official to Indian ministries in February was the first clear sign of low tolerance for any increases.

Since the interim deal was signed, purchases of Iranian oil by its top four buyers - China, India, Japan and South Korea - have been creeping up and together they have taken 1.25 million barrels per day (bpd) in January against a daily average of about 935,900 bpd for all of 2013.

"It is a fact that they (the United States) have asked us that Iran's exports to India should not exceed 195,000 bpd between January to July and we have said that we'll take care of that," said one of the government sources, all of whom requested anonymity because of the sensitivity of the issue.

The US official could not be reached for comment. Image: Tough international sanctions over the past two years have cut Iran's oil exports in half.
Photographs: Reuters

Tehran and Western world powers are working through a landmark deal that runs from January 20 to July 20 that requires Iran to curb its nuclear programme in return for a calibrated release of $4.2 billion it is owed in back payments for its oil.

Tough international sanctions over the past two years have cut Iran's oil exports in half, measures that starved it of hard currency and helped lead it to the nuclear deal last November.

While relaxation of sanctions has made oil exports easier to arrange and buyers no longer have to keep reducing purchases, they were meant to keep import volumes unchanged from the end of last year.

India, though, is already on track to average crude loadings of 322,200 bpd from Iran in the first quarter, according to loading figures provided by one of the sources. The figures included lifting plans for 345,000 bpd during January.

The sources said the loading increases mean Indian refiners have to cut their buys of Iranian oil to about 110,000 bpd over the April 1-July 20 period to meet the ceiling of 195,000 bpd. 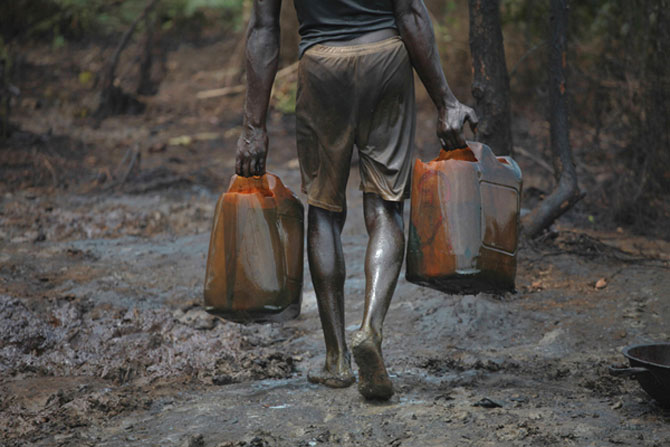 Image: India's oil purchases from Iran are likely to be down about a fifth to 214,300 bpd.
Photographs: Reuters

For the fiscal year to March 31, India's oil purchases from Iran are likely to be down about a fifth to 214,300 bpd, according to the loading data, sharper than a 15 per cent reduction requested by Washington to win a waiver on sanctions.

Essar will have lifted about 30 per cent higher than its contract volume of 80,000 bpd, said another government source.

A jump in Essar's Iran oil imports comes as Iran is giving India a discount on crude and offering free delivery.

Essar has offered to take about 5.36 million barrels in March from Iran, taking its annual purchases to 105,000 bpd.

MRPL's oil imports from Iran will average about 84,000 bpd this fiscal year versus contract levels of 80,000 bpd, the third government source said.