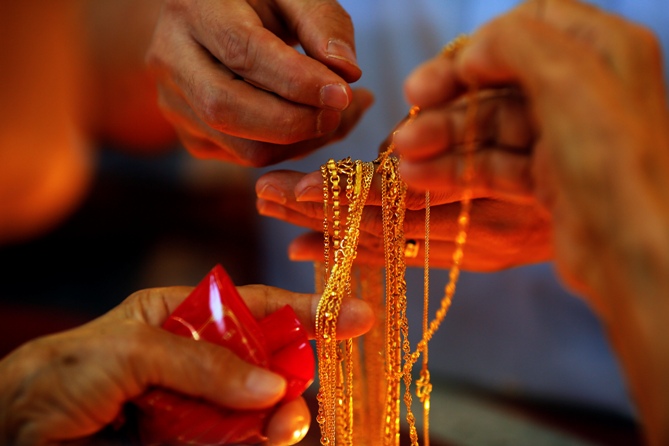 Image: A salesman holds gold to sell to a customer in a gold shop.
Photographs: Damir Sagolj/Reuters A Ananthalakshmi and Siddesh Mayenkar in Singapore/Mumbai

Indian gold smugglers are adopting the methods of drug couriers to sidestep a government crackdown on imports of the precious metal, stashing gold in imported vehicles and even using mules who swallow nuggets to try to get them past airport security.

Stung by rules imposed this year to cut a high trade deficit and a record duty on imports, dealers and individual customers are fanning out across Asia to buy gold and sneak it back into the country.

Sri Lanka, Thailand and Singapore are the latest hotspots as authorities crack down on travellers from Dubai, the traditional source of smuggled gold. 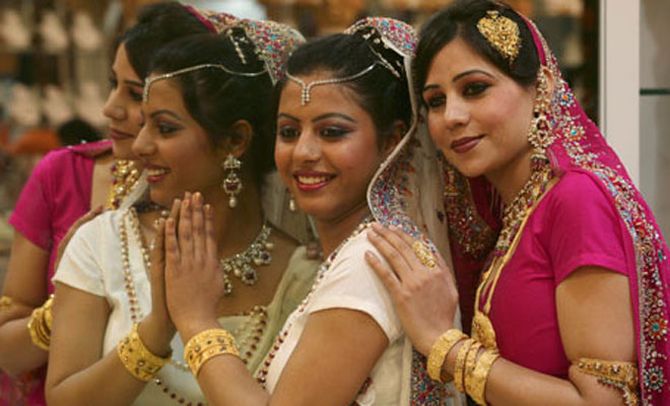 In a sign of the times, whistleblowers who help bust illegal gold shipments can get a bigger reward in India than those who help catch cocaine and heroin smugglers.

"There has been a several-fold increase in gold smuggling this year after restrictions from the government, which has left narcotics behind."

From travellers laden head-to-toe in jewellery to passengers who conceal carbon-wrapped gold pieces in their bodies -- in the mistaken belief that metal detectors will not be set off -- Indians are smuggling in more bullion than ever, government officials say, driven by the country's insatiable demand for the metal. 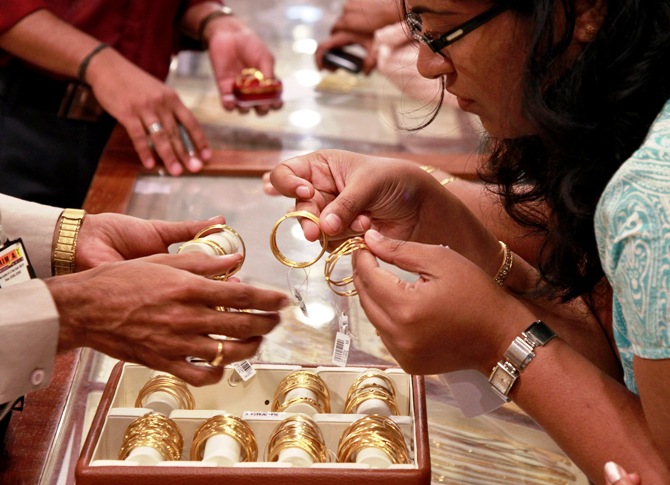 Image: A customer looks at bangles before purchasing them at a gold showroom in Kochi.
Photographs: Sivaram V/Reuters

The World Gold Council estimates that 150 to 200 tonnes of smuggled gold will enter India in 2013, on top of the 900 tonnes of official demand.

Between April to September alone, India's customs officials seized nearly double the amount of smuggled gold it nabbed in all of 2012.

"Though the quantum of seizures has increased, in our opinion it reflects only 1 to 2 percent of total smuggling," said a revenue intelligence officer in Mumbai who declined to be named.

"Dubai is still the number one place from where gold gets in and Singapore is slowly emerging. Sri Lanka has become a staging point." 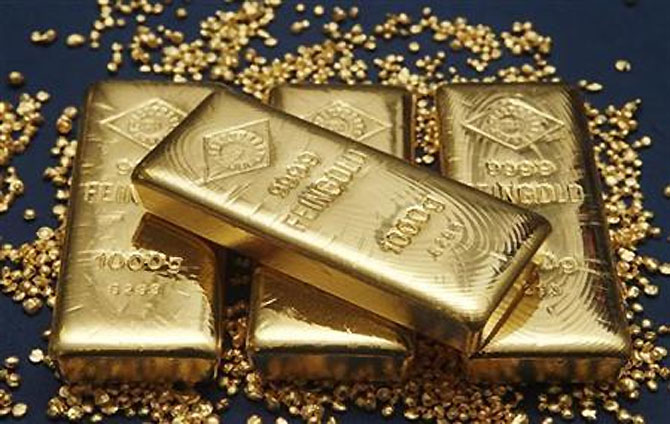 Grappling with a high trade deficit and weak currency, India imposed measures this year to crimp demand for gold, the second most expensive item on its import bill after oil.

It imposed a 10-per cent duty on bullion and a 15-per cent tariff on jewellery. Imports plunged to 24 tonnes in October from a record 162 tonnes in May.

Gold is an integral part of Indian culture, offered at weddings and festivals.

India was the world's biggest gold consumer until last year but will be overtaken by China in 2013.

India has now stepped up cooperation with nearby countries to stem the smuggling.

Last week, Sri Lanka limited the amount of jewellery its residents can take out of the country and it will try to monitor whether they bring it back. 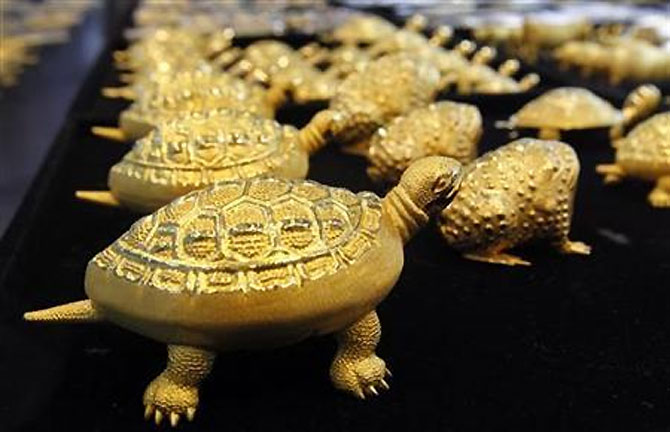 Pakistan banned all gold imports in August for a month as it believed much was being smuggled on into India.

Indian gold premiums have soared to $130 an ounce over London prices due to the supply crunch, compared with about $2 an ounce in Hong Kong, Singapore and Thailand.

Banks and other official trading agencies in Singapore and Thailand that had supplied gold to their Indian counterparts have stopped due to India's new rules.

But smaller dealers and retailers say they have been selling more to Indian customers than ever before, in jewellery and other forms.

Brian Lan, managing director of Singapore-based dealer GoldSilver Central Pte Ltd, said he has sold about 10 kg (22 lbs) of gold to a single Indian customer and gets multiple similarly big orders on some days. 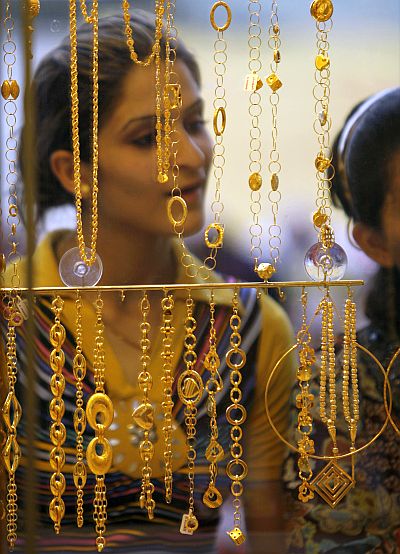 "We have Indian dealers buying from us directly on a regular basis," said a second Singapore dealer.

"They say they have their own means of taking it in without getting caught."

As customs officials at airports and borders get more vigilant, smugglers are innovating.

In June, a passenger flying from Dubai was caught at New Delhi airport with about 755 grams (1.7 lbs) of solid gold staples painted grey.

Officials stopped the man because the cardboard boxes he was carrying were stapled far more than seemed necessary.

In several other cases, travellers have been caught with gold in their underwear.

Flight attendants and police officers have been arrested for aiding the smugglers.

"We are trying to plug all the loopholes.

“We have strengthened our anti-smuggling staff and installed door metal detectors," said SAS Navaz, deputy commissioner of customs in the south Indian city of Kochi. 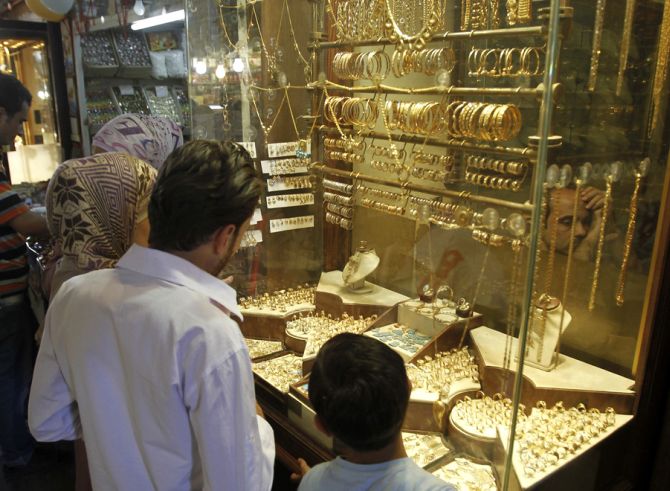 "We are spending sleepless nights.

"Most of the time, it is done with the support of (airport) staff. It is very difficult to keep an eye on everyone."

In late November, 56 Sri Lankans were held in Kochi after they were found with nearly 12 kg of gold.

Some of them had travelled to Kochi six times last month.

Sri Lanka, which raised taxes on gold imports from June to November due to rising smuggling to India, last week said female residents could only fly out with 120 grams of jewellery, the equivalent of about 28 wedding bands.

Men are allowed a third of that.

Customs officials may allow exceptions but will monitor if passengers bring back the same amount of gold they left with.

"In the last three to four months, we have seen several cases of gold smuggling from Sri Lanka to India through cities such as Mumbai, Kochi and Chennai," Leslie Gamini, a spokesman for Sri Lankan customs, said from Colombo. 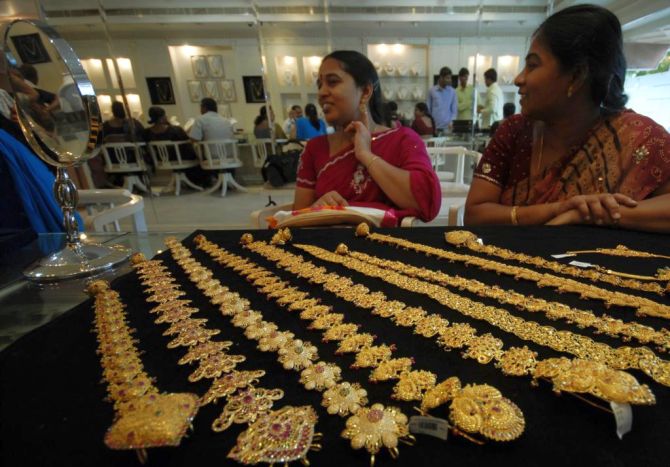 "It is a very difficult task.

“But we have to implement it.

“We are in the process of developing guidelines on how to implement this."

Though the number of arrests made in India has increased, those that get caught are usually only the ‘carriers’ who transport gold for as little as 10,000 rupees.

The people behind the smuggling are rarely identified.

In an effort to change that, Mumbai customs offers a reward of up to 50,000 rupees per kg of bullion seized for informers in gold smuggling cases.

Cocaine and heroin informers get only up to 40,000 rupees and 20,000 rupees respectively.