Markets end on a strong note; Sensex up 125 points 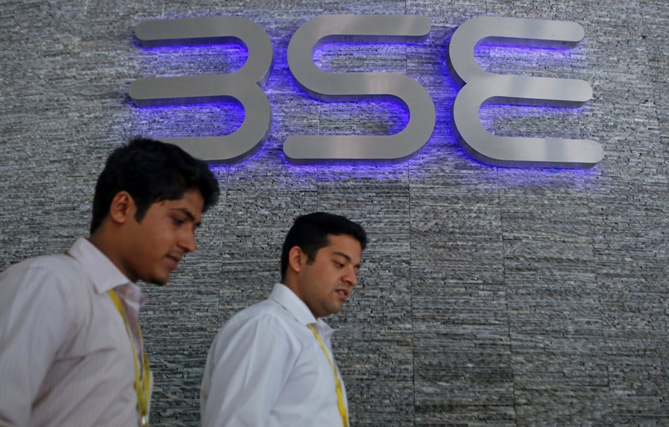 Markets closed the week on a strong note as gains in index heavyweights lifted markets to record highs in the closing hour of trade.  For the day, the Sensex was up 125 points at 22,340 and the Nifty gained 54 points to end at 6,696.

Buying interest continued in the broader markets as both the mid and smallcap indices added over 1% each, outperforming the BSE benchmark index which gained 0.6%.

All the sectoral indices closed in the green with Power index up 3% along with Bankex, Realty and Metal indices adding 1-2%.

Bank shares rose after the Reserve Bank of India on Thursday, 27 March 2014, extended the deadline for banks to fully implement the stringent capital requirements under Basel III by a year due to industry wide concerns over potential bad loans and its impact on profitability.

The market breadth was positive on BSE. 1,707 stocks advanced while 1,062 stocks declined.

Ramco Cements rallied after CLSA recommend ‘Buy’ rating on the stock with a price target of Rs 260 per share while Dalmia Bharat hit the upper circuit of 10% at Rs 261in intra-day trades.

GM Breweries was locked at upper circuit at Rs 132.3 on the NSE after the company said that its board will meet on April 3, to consider a maiden bonus issue proposal.

Lakshmi Vilas Bank gained 5% at Rs 69.55 after the private sector bank said it plans to raise Rs 505 crore through a rights issue from its existing shareholders.

Claris Lifesciences dipped 7.8% to Rs 158.35 on back of heavy volumes as the stock turns ex-buyback today.

In Asia, markets held firm on hopes of stimulus in China. Speculation about the possibility of Chinese stimulus got a boost when Premier Li Keqiang was quoted by state media as saying the government would roll out targeted measures step by step to aid the economy.

Shanghai Composite edged down 0.2%, while Nikkei, Hang Seng and Straits Times gained between 0.2-1%.