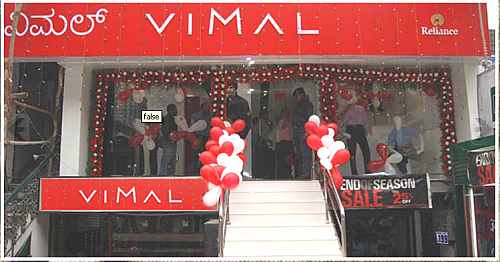 Vimal was a pioneer in making TV commercials for fabrics, the first to use Bollywood stars and cricketers as brand ambassadors and among the earliest to start a national retail chain. What happened to it?

"We would rather invest that money in bank deposits," apparently said a source at Mukesh Ambani's Reliance Industries, referring to Vimal, the iconic brand started by his father Dhirubhai in 1975, after first building a textile plant at Naroda in 1966.

Reports suggest that Mukesh Ambani has hired investment banking firm NM Rothschild to handle the sale of the company. 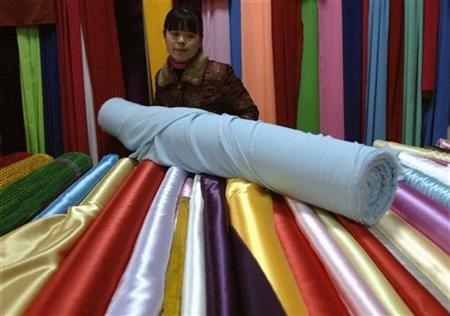 For a generation of individuals who grew up with the legendary brand campaign 'Only Vimal' in the eighties and nineties, and got to witness -- perhaps even participate in -- the forging of what was to soon become one of India's most enduring brands, the cold calculus of a business decision, expressed in a somewhat derisive manner, is perhaps the unkindest cut of all.

Yet, the writing on the wall is clear. It doesn't matter if this was the very first business started by Dhirubhai, or whether it was a company that laid the bedrock for the Ambani empire -- both facts.

For a conglomerate steeped in petrochemicals and telecommunications today, a barely break-even textile business has no place in it, nostalgia be damned. At around Rs 3,900 crore (Rs 39 billion), Vimal accounts for only around one per cent of the Rs 4,37,331-crore (Rs 4,373.31 billion) Reliance empire. 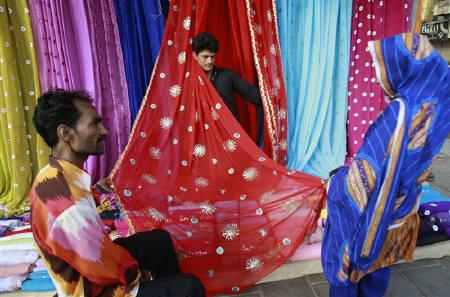 How did such a storied brand become a castaway?

By the mid-80s, Vimal had become the queen of textiles. It used ravishing models, famous Bollywood stars and cricketers in its ad campaigns, started one of the country's first textile chains, launched the fortunes of an advertising company, kept people across the country humming its ad jingle 'Only Vimal', and basically set a very high bar for what any successful brand would want to achieve. 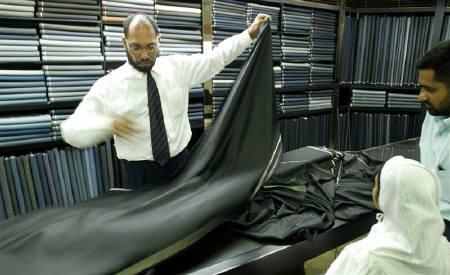 Then came the onslaught of a rash of competitors, such as Siyaram's, Raymond and Reid & Taylor. "While their brand exposure increased rapidly, Vimal's brand value and equity began eroding," says Chandan Nath, strategic brand consultant at Ideas2brands.

Nath, a former president of Mudra Communications, Ahmedabad and founder president of Ignite Mudra, had personally handled the 'Vimal' brand between 2004 and 2008 and spent close-to-two decades at Mudra, the ad agency responsible for handling the Vimal account.

Ever since Anil Ambani took over the textile business in the mid-80s, the company began to focus on catering to the booming export market despite pioneering what was soon to become a hot business -- ready-made garments (RMG). 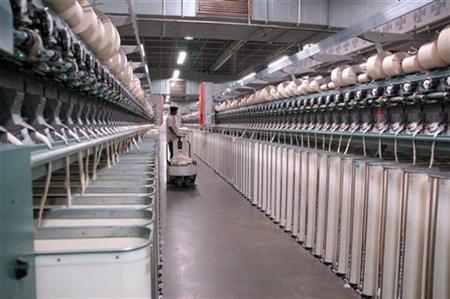 In 1996-97, Reliance closed its saree and dress materials manufacturing unit, a business that had launched the Vimal brand before suiting and shirting took over. Till then, Reliance's Naroda plant had been weaving about 100,000 metres of sarees and dress materials per day.

"In those days, Reliance had gradually gotten stronger in its polyester yarn business and was witnessing considerable growth in it. The management thought of cashing in on the yarn's demand in the Surat-based synthetic textile market than utilising it just in-house.

Reliance found it more profitable to focus on selling yarn for sarees and dress material to outsiders than continuing with its own business," says a Vimal distributor who has been associated with Reliance since 1980s, on condition of anonymity. 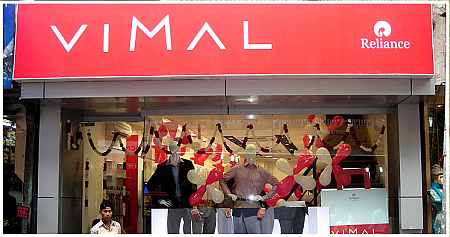 By 2000-2001, the company began neglecting the domestic market and was focusing on exports. Till then, other fabric brands had already moved up the value chain by launching ready-made garments.

Moreover, while its retail network ran into over 1,500 exclusive and multi-brand outlets, Vimal didn't have variety to offer, unlike its peers.

"Despite a revamp in 2001, Vimal, the brand, couldn't be backed by products. Unlike Reid &Taylor or Raymond, there were no garments or accessories to sell. In short, it didn't offer any variety or a complete package as a brand, which is why it lost the mass appeal it had generated so well," adds the source. 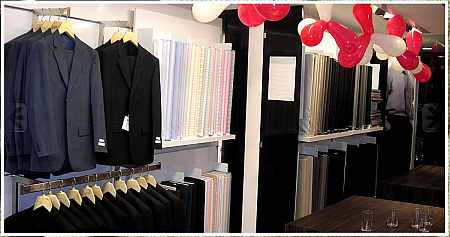 "Vimal didn't see much investment in the last 8-10 years. Whatever investment was made was miniscule. Every brand needs fuel to keep it going, which was missing in RIL's textile division and its brand Vimal," says Nath. 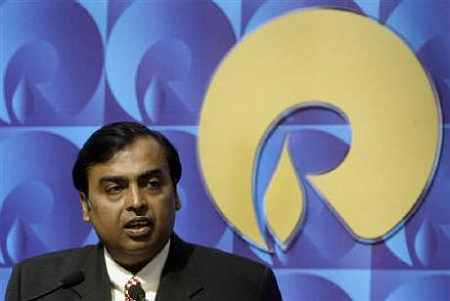 Image: After the 2005 split between Ambani brothers that the textile business went to Mukesh Ambani under RIL.
Photographs: Reuters

Keeping up with the times

It was only after the 2005 split between Ambani brothers that the textile business went to Mukesh Ambani under RIL.

Insiders say that after the brand and retail revamp in 2007-08, another round of presentations were made to the elder Ambani on ways to revive the business, but the division, by then, had lost significance in the multi-billion dollar empire.

"Much of the investment came only in technical textiles, which weren't a significant part of the division. Plus, the investment was mostly in R&D and nothing was done to strengthen the retail network," says Prashant Agarwal, co-founder and managing director of Wazir Advisors, a retail and textile consulting firm. 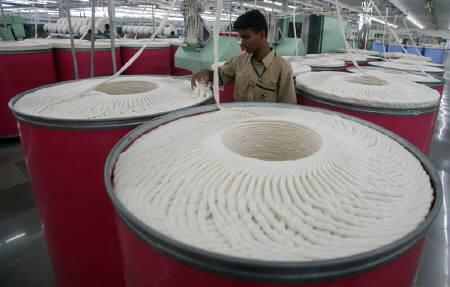 There were some positives. The investment in R&D saw results in the launch of innovative shirting and fabrics around 2010.

RIL's textile division had then launched Vimal DEO2, an anti-microbial deo-treatment that arrests the growth of fungi on fabrics, but it, too, didn't help much in reviving the brand.

Today, the plant -- spread across a built-up area of 301,000 sq metres -- still manufactures about 20 million metres per annum, or 50,000 metres per day, of polyester wool and woollen, polyester viscose and woollen fabrics under the Vimal brand. 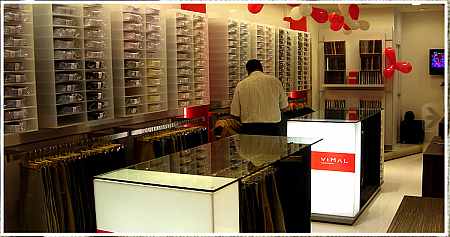 "It took the entire textile industry by storm," reminisces PR Roy, senior textile consultant who has worked with the likes of RIL, Arvind and Alok Industries, among others, for several decades now.

"The brand began with polyester sarees and dress materials and quickly moved on to add suiting and shirtings," he adds.

There are many stories that suggest the origins of the 'Only Vimal' campaign. One account suggests that retailers started selling 'only Vimal' fabrics because of the large credits and hefty margins that Dhirubhai offered them. 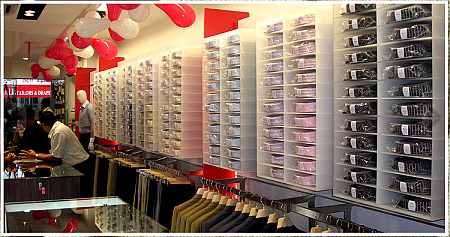 Another unverifiable account says that Dhirubhai was in the habit of praising his brand by saying 'Only Vimal uses merino wool,' or 'Only Vimal has the most modern plant.'

The next day, legendary ad man Frank Simoes who was in charge of the account comes back with the now-famous tagline. (Simoes, subsequently, had to give up the Vimal account because he refused to comply with Dhirubai's diktat to eject from the Raymond account because of a conflict of interest).

Soon, the jingle "Only Vimal, Only Vimal...", also one of the first television commercials (TVCs) for fabrics, made Reliance a household name.

The 'Only Vimal' brand in 1980s also acted as a launch pad for Mudra Communications, the ad agency founded by AG Krishnamurthy. 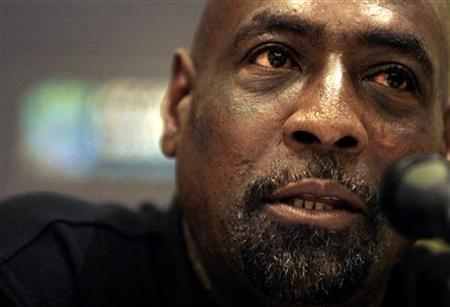 It was also the first brand to use international cricketers as brand ambassadors, including former Australian captain Allan Border and legendary West Indian batsman Vivian Richards.

Despite its heady history, Vimal badly needs a reboot. Any prospective buyer -- SKNL, Digjam or Alok are best positioned to absorb the brand, say industry experts -- needs to institute some fundamental changes in order to revive it.

To begin with, Vimal's distribution network needs to be strengthened. Experts think Vimal could also do well to re-analyse its target audience.

"Of course, once it did enjoy a mass appeal, which has resulted in a strong brand recall. But things have changed now. A strong planning strategy is required to gauge whom to target the brand and its products at, be it youth, executives or the middle-aged," adds Nath. 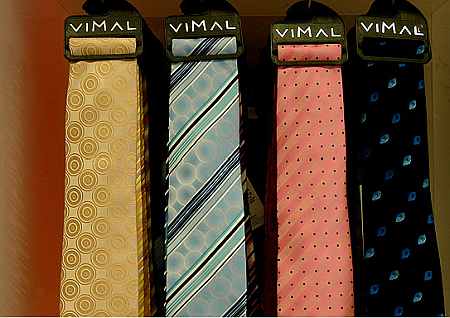 Finally, experts suggest the new management should avoid repeating Vimal's history. "Variety should now be the focus for anyone who looks to run Vimal and the textile business. In fact, the sarees could see a comeback," says Ashesh Amin, apparel retail analyst and former president - apparel and retail, SKNL Group.

Nath also believes that the investment in R&D could reap benefits in terms of innovation.

"Since ages, Reliance's textile division has been innovative in its approach and so has been the Vimal brand. Moreover, Vimal has been a resilient brand, that is, whenever taken through a revamp, it has come back strongly," he says.

Vimal will hope its prospective buyers are listening.