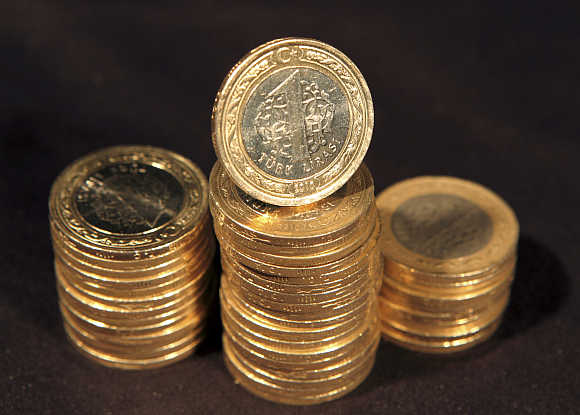 Turkey's efforts to pull the lira off record lows are likely to be emulated across emerging markets as central banks fight to avert an exodus of foreign capital driven by the impending turn in US policy. It's all a far cry from a year or so ago, when emerging market exporters were battling rising exchange rates and Brazil was accusing Western policymakers of waging currency wars by flooding the world with cheap money.

Turkey is now tightening its policy as the US Federal Reserve considers reducing the flood of cheap money that has stoked the investment boom in emerging financial markets. Swaps markets are pricing in interest rate increases across the developing world, in some cases of hundreds of basis points, reflecting the new worry for emerging central banks: currency collapse.

Last week's robust jobs data from the United States has upped the stakes for emerging markets by crystallising belief the Federal Reserve will start unwinding its $85 billion monthly stimulus by autumn. Futures contracts moreover now expect a US interest rate rise as early as 2014. Such an early rate rise does look unlikely. But the shift nevertheless heaps pressure on emerging central banks to make the first - defensive - move if they are to stem a flood of cash from their markets back to the dollar and Treasury markets.

On Monday, Turkey sold over $2 billion and pledged "strong additional tightening" to prop up the lira.

While the central bank says the moves are aimed at curbing loan growth, the end game clearly is the lira. Currency weakness spells trouble for inflation which is running at 8 per cent. But more importantly, it provides a big incentive for foreigners holding Turkish assets to cut and run. "The (Turkish central bank) has a choice, let the lira go weaker to the detriment of already high inflation, blow scarce FX reserves in defence of the lira, or tighten policy," Standard Bank analyst Tim Ash said.

Across most of the developing world, outflows have gathered pace leaving many currencies at multi-month or multi-year lows. Swaps are pricing in 250 basis points of policy tightening in Turkey in the next three months, 140 bps in Brazil, 75 bps in South Korea, half a percentage point in South Africa and a quarter point in Poland.

While rate rises of such magnitude might be unlikely, the fact is that a Fed-imposed monetary tightening is gradually taking hold. Emerging markets could be pushed to tighten policy to ward off capital outflows, South Korea's central bank governor Kim Choong-soo admitted last month. When Brazil's finance minister Guido Mantega complained about currency war, "he didn't think that in a few months, the war he would be fighting would be to strengthen the real," UBS strategist Manik Narain said. 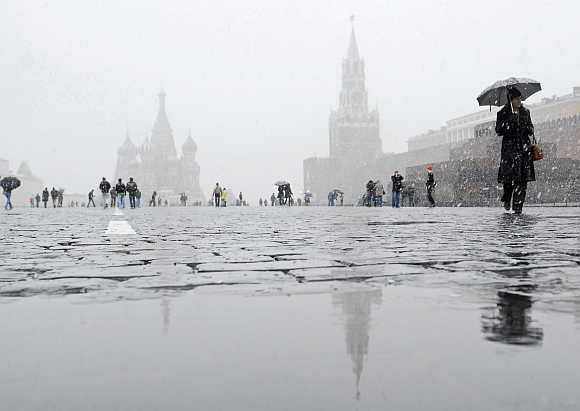 "Emerging markets have imported US monetary policy for five years but they haven't imported the recovery. Now the Fed is effectively tightening so they too are forced to tighten." With economies already weakening, policymakers will be reluctant to tighten policy. Instead countries including India, Russia, Indonesia, Peru and Poland have been selling dollars.

But some, such as India, Turkey and South Africa, have little hard currency to sell given import needs and outstanding external debt, whether corporate or sovereign. Those that have an inflation problem or large oil import bills in dollars - such as India or Turkey - simply cannot risk letting currency weakness go too far. And central bank interventions are less efficacious once market appetite turns. Brazil's real, for instance, is down 10 per cent in two months even though the central bank has sold $20 billion in derivatives in this period.

Given the scale of capital inflows into emerging markets - $4.2 trillion since the Fed first started its money printing, according to the Institute of International Finance - it is easy to see why central banks are jittery. Turkey, for instance, has a balance of payments deficit of around $50 billion a year.

To see what a difference emerging currency moves are making to unhedged investors, check out returns on Turkish assets. Lira-denominated bonds are broadly flat on the year in local currency terms, JPMorgan's GBI Index series shows. But a dollar-based investor would have lost 3.5 per cent already in 2013. Similarly, dollar-based losses on Turkish stocks are double the losses in lira at almost 15 per cent.

This week Brazil is expected to raise rates by half a point on Wednesday and Indonesia is expected to hike by 25 bps on Thursday after promising a "stronger policy mix". Some analysts say a bigger rate hike is possible in Brazil. But many such as Colm McDonagh, head of emerging markets at Insight Investment, see the market as too aggressive in pricing rate hikes. While inflationary pressures are higher in India and Brazil, they are less so in South Africa or Mexico, he noted.

"It's not clear that we will see across-the-board interest rate hikes," McDonagh said. "It depends on inflation dynamics. Some countries look to their currency to be the shock absorption mechanism but if it's going to cause inflation, then they have to take it via rates."