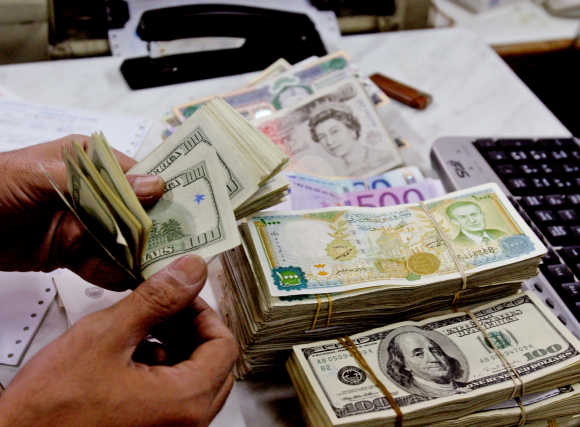 A day after India Against Corruption (IAC) activist Arvind Kejriwal alleged some of India's top businessmen had stashed Rs 3,100 crore (Rs 31 billion) in Swiss bank accounts, the government on Saturday said action was being taken against all the individuals named in a list pertaining to black money, given to it by France in June last year.

It, however, did not comment on the names revealed by Kejirwal, citing a confidentiality clause under the Double Taxation Avoidance Convention involving India and France.

Kejriwal had alleged Mukesh Ambani, Anil Ambani, Naresh Goyal and some members of Dabur Group's Burman family had secret accounts in Hongkong and Shanghai Banking Corporation (HSBC), Geneva. All the individuals and the companies named had denied the charges.

"Information was received in June 2011 from the government of France related to certain bank accounts reportedly held by certain individuals/non-individuals in a foreign bank. Reference to this matter was made by the then finance minister during the course of the debate on an adjournment motion in Lok Sabha on December 14, 2011.

Answers to questions on the matter were furnished in Rajya Sabha on August 23, 2012," the finance ministry said.