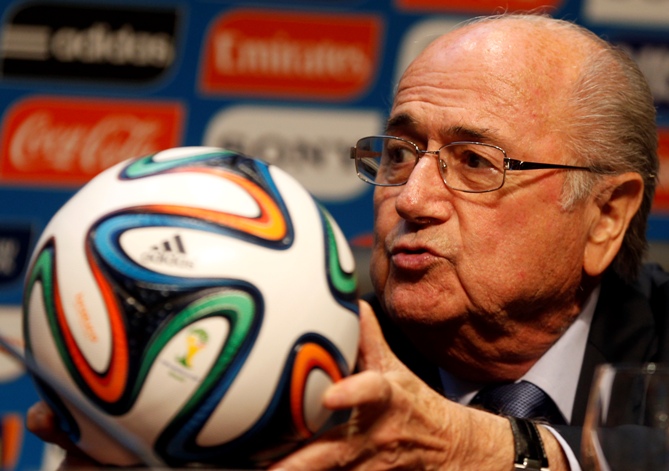 From soccer balls to free kick dummies, India has been playing its role during this year's Federation Internationale de Football Association World Cup 2014 in Brazil.

Through FIFA-approved vendor brands and OEM players, manufacturers from Ludhiana and Jalandhar have been exporting sports products to Brazil for the mega sporting event.

For instance, Jalandhar-based Rattan Brothers has supplied 80,000 soccer balls through UK-based Hy-Pro that has the official FIFA licence for supplying the product for the World Cup this year. 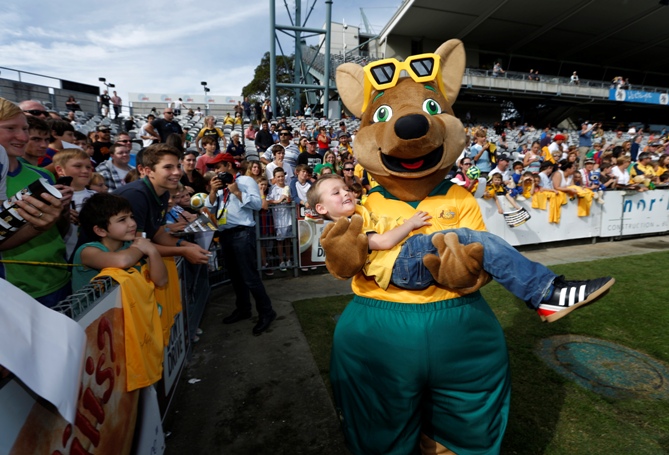 Image: Maloo, the new mascot of Australia's Socceroos national soccer team, carries a soccer fan during a training session of the Socceroos team in Gosford, May 18, 2014.
Photographs: Jason Reed/Reuters

“We have supplied 80,000 soccer balls through Hy-Pro International for the FIFA World Cup in Brazil.

“Moreover, this being the soccer world cup year, we have seen a 20 per cent jump in orders for soccer balls from other regions such as Australia, New Zealand, England, Ireland and France, among others,” said Tilak Khinder, Director-Exports at Rattan Brothers. 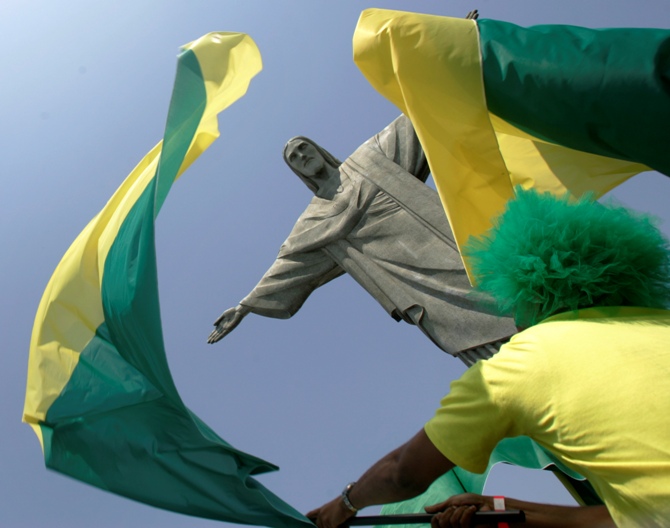 Image: This file photograph shows a fan waving a flag in front of the Christ the Redeemer statue in Rio de Janeiro.
Photographs: Bruno Domingos/Reuters

On the other hand, Meerut-based National Sports and other Indian manufacturers have supplied training and practice kits such as free kick dummies, corner flags, cone markers and linesmen flags for the upcoming FIFA World Cup in Brazil.

According to industry sources and Sports Goods Export Promotion Council officials, the soccer balls and equipment manufactured by mostly North India-based manufacturers are supplied through brands such as Nike, Adidas and Reebok among others that are FIFA-approved vendors. 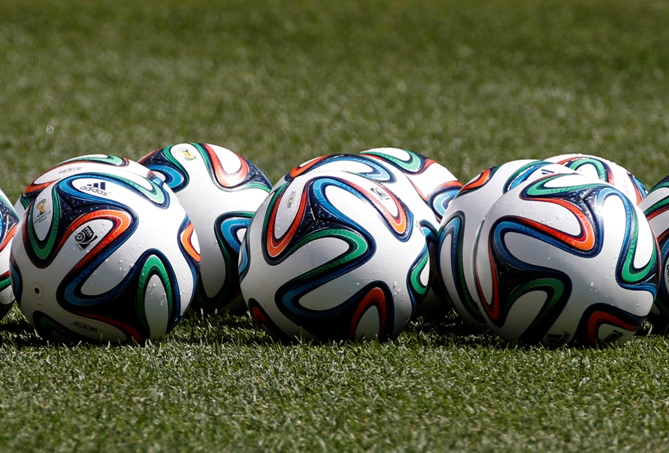 “We have been regular exporters of sports, especially soccer equipment to various countries.

“However, this year, we are anticipating an almost 40 per cent rise in turnover due to an over $100,000-worth order book from FIFA for the supply of soccer training and practice kits,” said Kunal Mahajan, Vice-President-Marketing, National Sports.

According to SGEPC, overall soccer sports goods exports could see a 20-30 per cent rise in fiscal 2014-15 due to the world cup in Brazil.