'I do not believe in sucking up to any government' 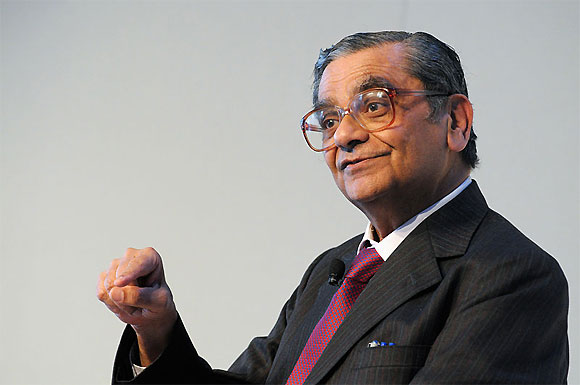 Jagdish Bhagwati, the India-born scholar economist, has taken up a debate on the best-suited model of development with Nobel Laureate Amartya Sen.

Professor Bhagwati agreed to respond to rediff.com's questions in an e-mail interview.

Do you think one has to see the fight of economic ideologies between Amartya Sen and Jagdish Bhagwati with reference to the context of the political fight scheduled for 2014?

This is nonsense. I have been writing, as I always do, for the public as (John Maynard) Keynes did, whereas it is Sen who is trying to inject politics by denouncing Narendra Modi and pretending that he is close to the UPA (United Progressive Alliance) government.

I do not believe in ‘sucking up’ to any governments.

Professor Sen believes growth is not good enough without the government’s intervention to improve human capabilities. Why dispute it in view of the ground realities of India?

This is funny. What do you think growth does? It pulls people out of poverty, enabling them to also spend on education and health care; so do the increased revenues from growth.

These are surefire ways of improving their well-being — the terminology of ‘capabilities’ adds nothing to these phenomena!

Sen should exchange his terminology for concrete progress in poverty reduction and human well-being!

Click on NEXT to read what Prof Bhagwati thinks of Sen's economics...

'It is high time to jettison Sen' 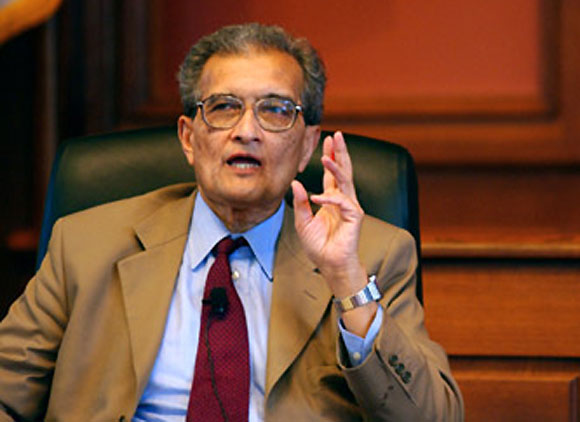 Do you think the so-called Gujarat model or Professor Sen’s idea of growth and development has some meeting point? Can you elaborate?

How can one reconcile Sen’s vacuous arguments with the growth strategy, which our leaders like Pandit Nehru and the planners I worked with, like Pitambar Pant in the

Planning Commission, (drew up), and which has transformed India since the 1991 reforms and has thence reduced poverty remarkably?

Indians often have a habit of reconciling the irreconcilables: Asti Nasti (in some ways it is and it is not)! That way is confusion and muddled policymaking, which we suffered from prior to the 1991 reforms.

It is high time to jettison Sen and carry on with our historic task of deepening and broadening what I and Professor (Arvind) Panagariya call ‘growth-enhancing’ Track I reforms, and cleaning up the revenues-spending reforms for the poor, which we call Track II reforms, where also Sen has ideas that are harmful to the poor.

Which model of development is best-suited for India?

Certainly not the Kerala model or the Bangladesh model, which Sen has successively advocated without any compelling analysis.

There are aspects of Gujarat development in the post-1991 period, including Modi’s recently, which I admire, as I pointed out in my article on the differences between me and Sen, especially how Gujaratis believe in accumulating wealth, but spending it on social good rather than on themselves.

This is our Vaishnav and Jain tradition; and it is an ideal model.

Modi also has written a book on the environment. He is also totally corruption-free. Gujarat’s social indicators, traditionally on the low side, have also registered remarkable improvement. All this must be applauded.

Click on NEXT to find out what Prof Bhagwati has to say about Narendra Modi... 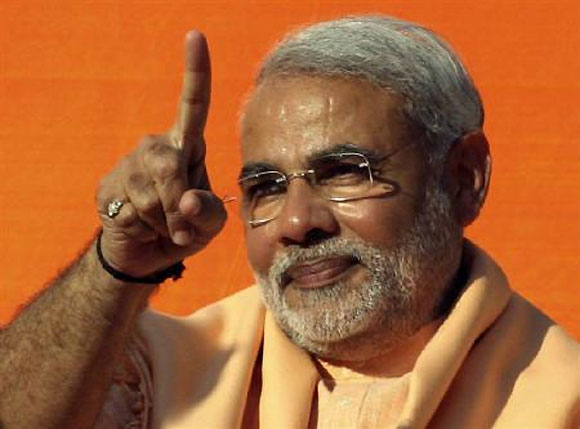 Do you think Modi’s rule of 11 years shows that his understanding of the economy and financial issues is sound?

I think you ought to ask that of Professor Panagariya who is finishing a book that will closely look at all such aspects of the performance of Gujarat, Bihar, etc. It will be finished before the end of the year.

Unlike Sen, who talks and writes as if he is not constrained by facts or analysis, I am more cautious.

Why have some commentators in India been so harsh, saying you may be simply jealous? Some critics said you were only hurting yourself. Mihir Sharma of Business Standard alleged that you were increasingly getting personal and petty in attacking Sen. Please comment.

This does not surprise me. When I criticised Muhammad Yunus, some Bangladeshis said I was jealous of his Nobel Prize. I do think that it should have been awarded instead to Elaben Bhatt who started SEWA two years before Grameen Bank, is a true Gandhian and not into cultivating influential people who work for your Nobel Prize.

This is journalism which people resort to when they have no arguments. It does not bother me.

Mihir Sharma puzzles me. He writes well, but is the only journalist who keeps saying I am petty and personal and is himself acting ironically that way about me.

What is his evidence?

How do you make your critique of a policy by Sen credible unless you cite the source and quotes: That is what we do in our book!

If he wants to see what personal attacks really are, he should look up the brawls between (Hugh) Trevor-Roper and A J P Taylor and many other British brawls in Oxbridge!

My exchanges with Sen are truly polite, and if Sharma thinks they are ‘personal’ and ‘petty,’ he is really missing the point about how debates are conducted.

I have long debated some of the most important anti-globalisation luminaries — Ralph Nader twice, Naomi Klein, Lori Wallach, the environmentalist Goldsmith among them — face to face, and no one has ever accused me, or them, of being ‘petty!’

Sharma should recommend to Sen that he too watch these debates and enter into such debates instead of making indirect attacks on my arguments.

I might add that Prospect magazine asked me to review the Sen- (Jean) Drèze  book and I declined, saying that it was likely trashy, and I did not wish to destroy their book, if it indeed was, to avoid unpleasantness.

When you say you will not vote for Modi, does it mean that you are more likely to align with Rahul Gandhi in your political choice in the 2014 election?

Why will you not vote for Modi?

If given only two choices of Modi and Rahul then what will be your choice?

Do you think Modi is not for ‘inclusive’ growth?

I do not know why you think I said that I would not vote for Modi! Rather I have said that it is silly for an intellectual to say that he will vote against Modi even before he has seen his platform.

I will wait until I see the political platforms of the BJP (Bharatiya Janata Party) and the UPA, and also see debates, which we must have between their leaders (most likely Modi and Gandhi), and then make up my mind.

For Sen to militate against Modi for the horrific communal violence where many Muslims and some Hindus lost their lives and then to align himself with the UPA despite the pogrom — pogroms are almost entirely directed at one community like the Jews traditionally — against Sikhs at the time of Mrs Indira Gandhi’s assassination, is strange, to say the least.

It is for Sen to tell us how his conscience can be reconciled with his political ambition.

Click on NEXT to find out what Prof Bhagwati has to say about Dr Singh...

'PM is justifiably proud of his achievements since 1991' 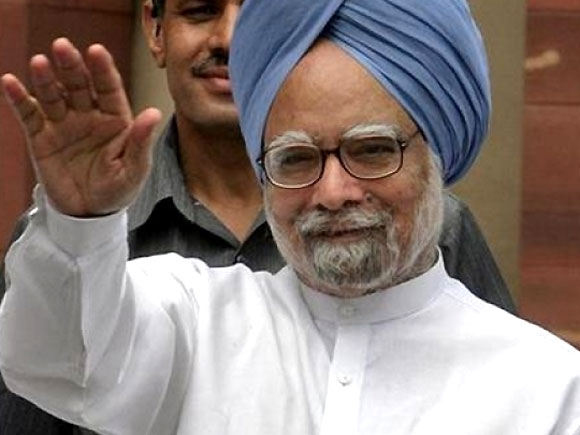 On which side is Prime Minister Manmohan Singh likely to stand in the Sen versus Bhagwati debate?

Let us wait and see.

I know the PM very well for the last 60 years; I am indeed his closest economist friend. I know that he is justifiably proud of this achievement since 1991 in undertaking the reforms which Sen has rarely applauded with enthusiasm.

I also had breakfast with Rahul Gandhi and found that he had read my book on globalisation, and we had an excellent conversation about Indian economic policy, etc.

Sonia Gandhi attended my Lok Sabha lecture and even came to have tea afterwards. I have known her from when she came to Columbia with Prime Minister Rajiv Gandhi, and then on her own.

All three are not dummies.

If this debate where Sen has been shown by many to be leading the UPA down the wrong path, and actually harming the poor and hence the UPA’s political fortunes, convinces them to dissociate themselves from Sen, they will indeed do so, since having a flawed prima donna on their side with wrong advice will cost them the election.

Sen may embrace the UPA; the question is whether they will want to be embraced by him once they see that the emperor has no clothes on, if I may use a metaphor.